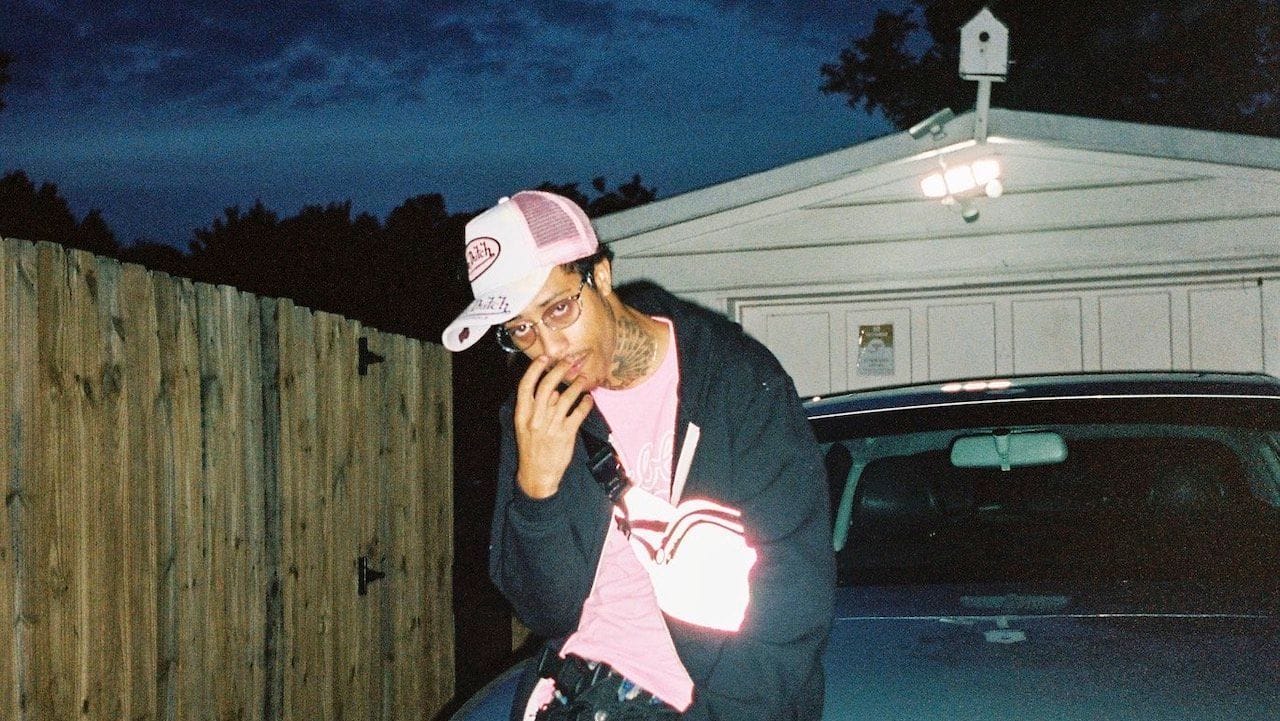 Everything about Atlanta’s Tony Shhnow screams poise. From rap lines that calmly reassure you that there are fresh blue strips on the way to his fluid release schedule, which echoes the urgency of Lil Wayne and Gucci Mane’s most prolific years, Shhnow is a lyricist who rubs his hands together like Birdman as things fall into plan.

Tony Shhnow has been rapping for five years, but things started to pick up for the 24-year-old within the last two in large part due to the evolution of his classic-trap sound. His collaborations with producer cashcache can be praised for this development. The beatsmith’s productions carry the zen of trap house yoga sessions, enabling Shhnow’s trigger-happy TED Talks delivered in the mellowest vibe possible. Songs like “Custom Made” and “HALF TIME SHOW” could spin lawn pinwheels while Shhnow’s whispering makes you circle the speaker, eager to take in every word.

In early March, Shhnow put out his sixth project in the last year and his biggest yet, Dis Should Hold U Over 2. His carefully calculated release style is inspired by Gucci Mane’s legendary late 2000s run, yet Shhnow nearly didn’t release his latest full-length. “I didn’t want to give it to the folks immediately because I didn’t want to burn out the sound,” he says. This awareness, and an ever-present focus on blending a hustler’s mentality with quality music, is helping to set up Tony Shhnow for the long-term. 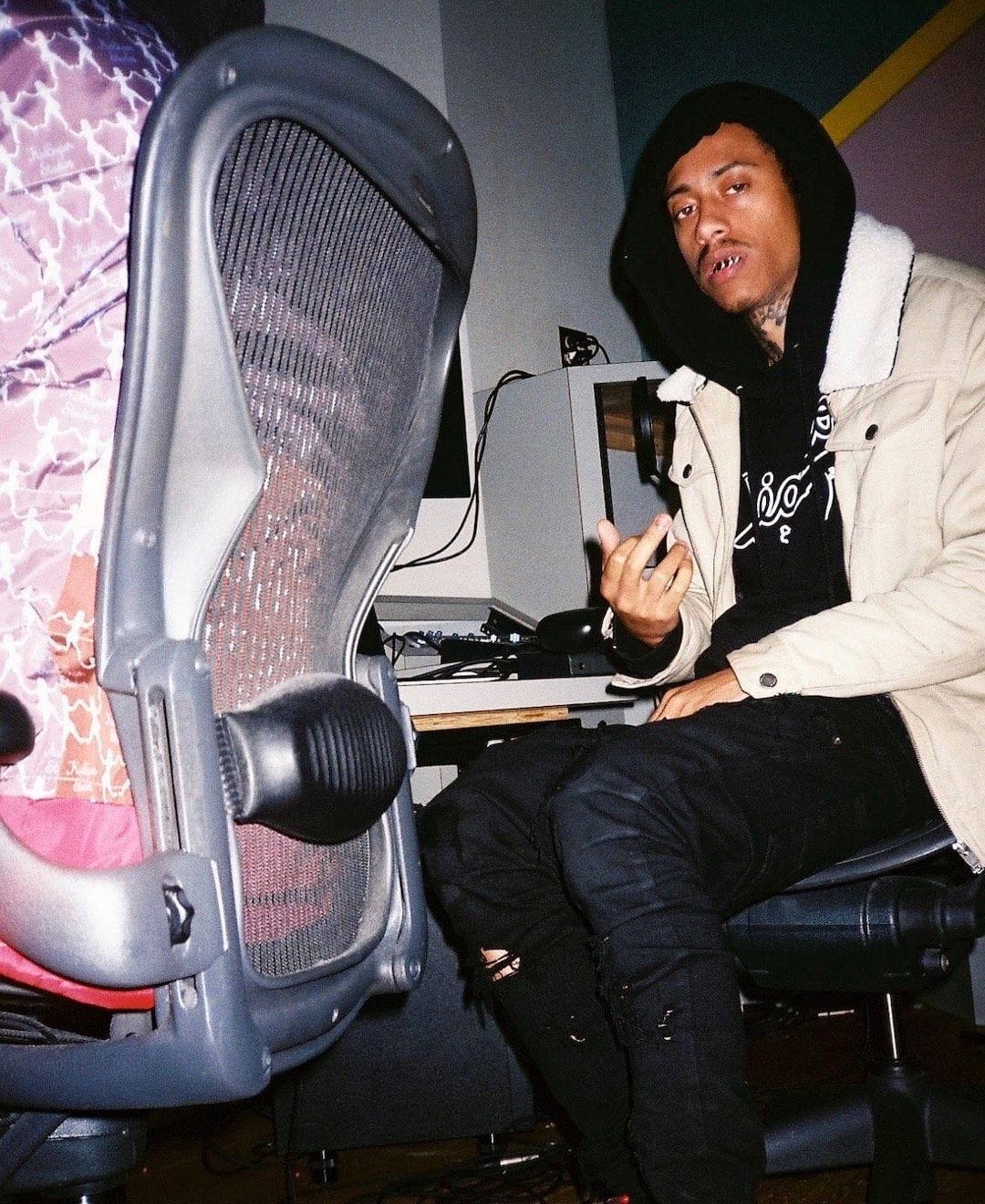 Lil Wayne’s No Ceilings mixtape had just come out, and my friend Brandon was super into it. I wasn’t too heavy into it like that. I really wasn’t into rap music too much, period—I was just discovering it. And Brandon played basketball too, and, coincidentally, he didn’t make the team like I didn’t. We would go home and play Lil Wayne’s music while playing Call of Duty and shit like that. Eventually, that turned into us cutting on beats and Brandon starting to rap over them. I always thought that was cool. And he was like, “Well, why don’t you try it?” That just led me in to start rapping.

When did you start releasing your own music?

I used to rap with people in the neighborhood and appear on their songs before I took it super seriously. They’d have spots open on their songs, and I’d hop on. But officially becoming Tony Shhnow didn’t come until 2014 when I met producer SenseiATL that December. I had a song that was kind of going viral related to NBA 2K—a YouTuber would use it in his tutorial videos. When I met SenseiATL, that’s when it turned into making original music, like something from my own brain, nobody around influencing. It wasn’t no YouTube beat; it was official music.

What do you remember of making music during your early times?

There was this dude from my school who was in Soulja Boy’s SODMG, and he let me come to the studio and record with him. I was getting into based music. I had gone through the Lil Wayne era in middle school, but I was just starting to find the internet music in high school—the Soulja Boys, the Lil Bs, the Riff Raffs, the cooking music. So for that dude to be right there and embrace me, that shit was pretty cool. That shit put a battery in my back.

One thing you’re known for is your consistency when it comes to releasing music. What’s your secret?

My mom always told me to go hard coming up. She just instilled a work ethic in me early on. She was trying to make me get a job at 15. So, in life, period, just working, I’m instilled with that. And then when it comes to music, I look at rappers like Lil Wayne and Gucci and Waka [Flocka], and artists that just drop bodies of work that make you become hooked to the music.

Once you get on there, you can’t stop listening to them. Now I gotta keep hearing this voice and what he has to say, so that’s part of what that is. Quality, I think, comes from my drive. I don’t want to be no rapper that’s just in this shit for a year and a half and then be out of here. I’ve watched the game for a minute. I noticed that quality wins every time. Although hustle outweighs talent, you can’t really beat talent at the end of the day if they combine that. There ain’t nobody stopping you if you got both.

How long have you been engineering and mixing your own songs?

I’ve kind of always done that. Once I learned from working with SenseiATL and took it to trying to work on my own, that’s when I began to engineer myself. Even when I was recording with both of them and SOD, I was literally just watching niggas play shit—how they toyed with sounds, how much they turned them up, what number to play with, what to click on the keyboard. Even when they were making beats, I’m watching them do so. I’m like a spy in the studio.

How often do you make your own beats?

I do sometimes, but I don’t really be on them like that because I’m so spontaneous. When I hear a beat, I don’t want to hear that bitch for more than 30 seconds without rapping on it. As soon as I hear it, I got to rap on that bitch, right then and there.

I also wanted to ask you about cashcache. What’s it like working with him? You guys have developed your own sound that just continues to click with each release.

I really enjoy working with him. He’s one of my favorite producers. We normally work through the internet, but when we work in person, it’s always cool. I like his energy. He makes me feel like I’m the greatest rapper alive. I’ll just be talking regularly; he comes over there and makes me feel good about the bars, so that shit makes me talk extra crazy shit on the next record.

Who inspires you the most right now?

I’ve been trying to channel Wayne’s energy in general because I’ve looked at his story, and he was the little guy that no one necessarily was looking at. Nobody thought he would go on to become the greatest rapper in the whole world. They didn’t realize this nigga’s going to take the whole world over. They’re thinking bro’s going to come in here and do a little, drop a couple of records here and there. That’s how I feel about myself. I’ve been feeling like I was looked over for a long time; nobody was expecting me to drop classics or nothing like that. Lil Wayne is the goal. I’m trying to be the greatest.