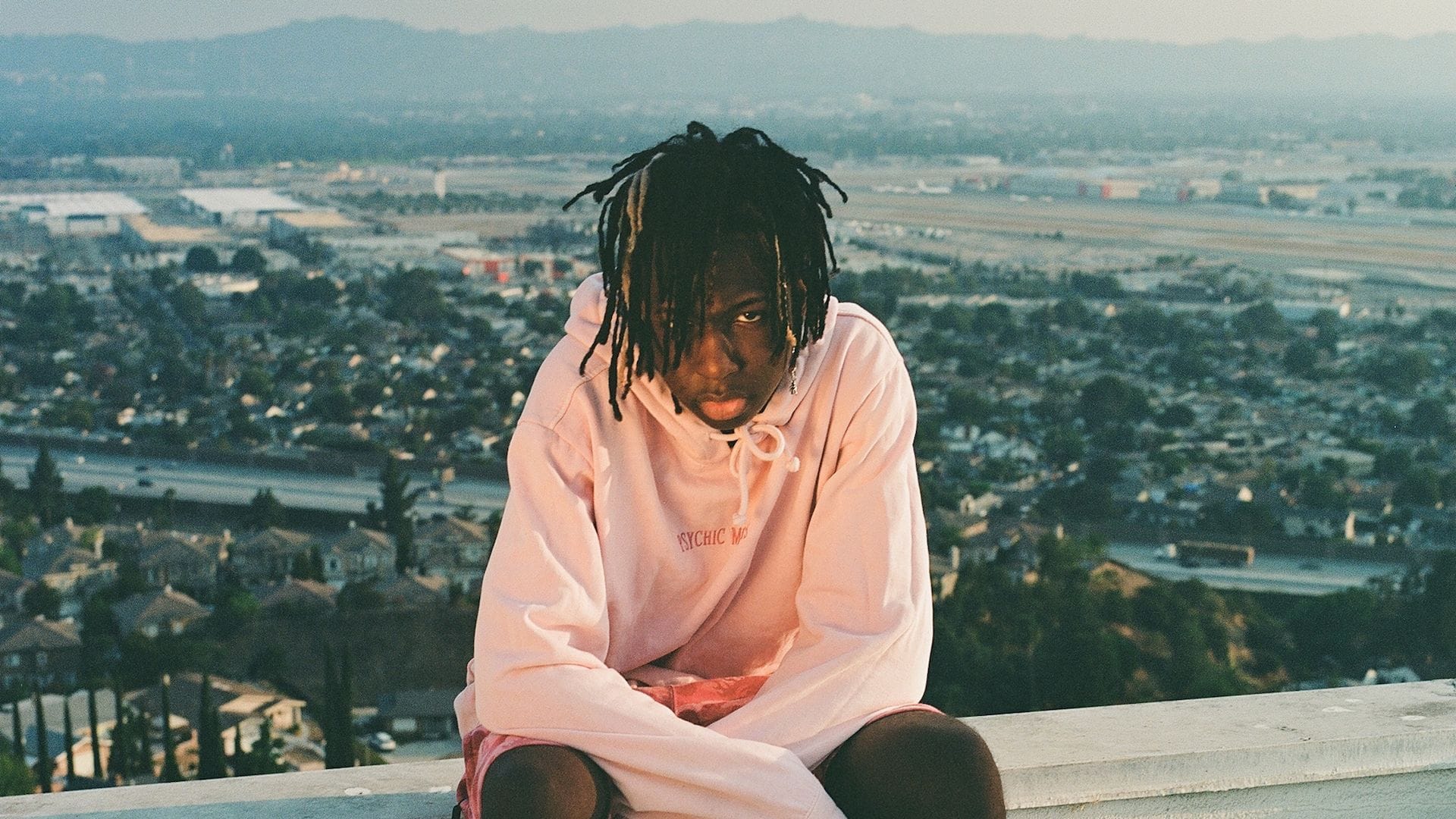 TOKYO’S REVENGE knows how to create a connection while keeping his distance. The vocalist—who keeps his government name, age, and place of birth a secret—exploded onto the scene in late 2019 when his frenetic breakout “GOODMORNINGTOKYO!” set social media ablaze. Both “GOODMORNINGTOKYO!” and his 7VEN EP, released in September 2020, are aggro displays of rap and punk squished into balls and thrown at the nearest wall. With his latest EP, lilium, out today, the Blac Noize!/Geffen/Interscope Records artist is looking to try something new.

“[lilium] leans more into the singing music and pushes a little heavier on the different types of music I can make and how far I can push my voice outside of just rap stuff,” TOKYO explains to me over the phone. Inspired by the anime Elfen Lied, TOKYO churned out four songs that are among the most somber of his career so far. Opening song “nothinglastsforever” is a tribute to his best friend Jordan, sung with a heavy heart over acoustic guitar. It leans heavily into emo and pop-punk and is as raw as any song he’s released so far, a way for him to move forward both emotionally and musically.

Having grown up in a time where genre-blending was less acceptable than it is now, TOKYO feels grateful to experiment with different kinds of music. “As much as I’d like to make hard music all the fucking time, music is a medium of expression,” he explains. “It’s not always gonna be your favorite genre.” Whether he’s making rap, pop, or rock, TOKYO’S REVENGE is moving forward with pride. 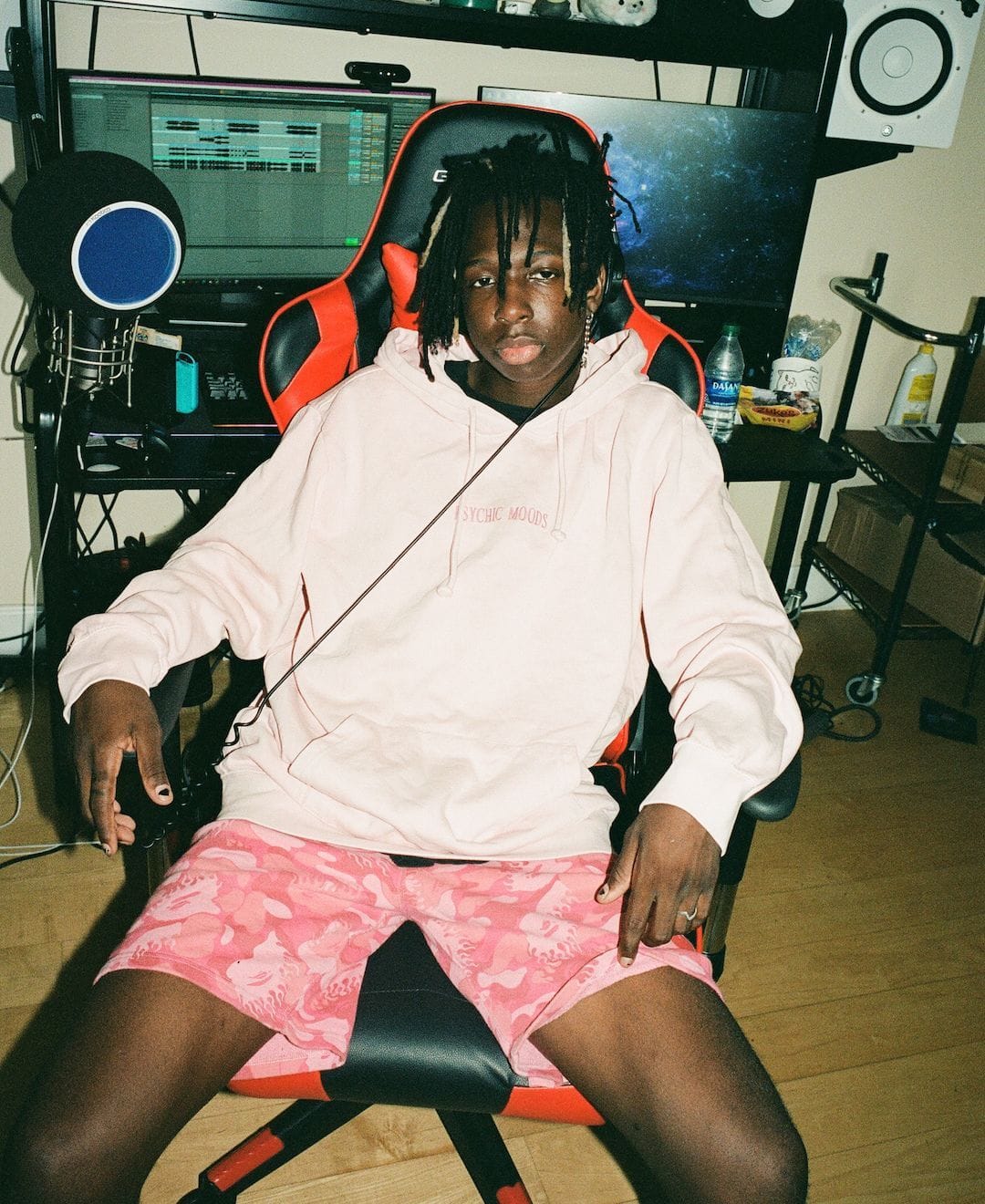 I understand you were homeless right before you recorded your breakout hit, “GOODMORNINGTOKYO!” Talk to me about the recording process.

That’s not exactly what happened. I was homeless up until I started getting kinda large in the underground. I had a home when I was recording, and I was working at Domino’s at the time. That was a little while after I was homeless. “[GOODMORNINGTOKYO!”] was a super of-the-moment thing where everything just clicked.

If I’m not feeling the energy from jump while I’m making my music, I won’t push it. When I know, whether that be based on the beat or a flow or the energy is in sync off rip, I’ll know how hard the song will be before I even make it. In that scenario, I knew exactly what was gonna happen; I just hadn’t recorded it yet. So I went home, recorded it, and I just knew. I only put out the stuff I get that energy from right away.

Either way, your fortunes changed quickly. Did you experience any whiplash seeing how fast “GOODMORNINGTOKYO!” began to spread?

I knew it was gonna happen before it happened. I dropped the song and immediately posted on Twitter that it would be my first song to hit a million plays. I felt the same way about “HELL BENT” with The Kid LAROI and “BULLETPROOF” from 7VEN.

Let’s talk about lilium. Where did you come up with the name for the EP?

“Lilium” is the name of the song that plays on the music box. When I was working on the project, I had been watching Elfen Lied for the third or fourth time in my life. It set me in this creative mood to make something that was a little more somber and emotional than 7VEN, which wasn’t exactly emotional but I felt captured my emotions pretty well.

[lilium] leans more into the singing music and pushes a little heavier on the different types of music I can make and how far I can push my voice outside of just rap stuff. I’ll be returning to heavier rap stuff on my next project.

Having grown up with such eclectic music taste, how does it feel to be making music in a world where genre-blending is more common than it’s ever been before?

It’s great for me. Being somebody who was younger back when it wasn’t as acceptable and being an African-American kid who was into alt stuff and things other people weren’t listening to, at least not where I was from... Being able to use that as my inspo now and make music that impacts people in a time where it’s acceptable to be a rapper, and someone who can make alt or pop or anything is dope. Back in middle school, if I told people I wanted to make that kind of music, niggas would look at me weird. I’m kinda glad the climate’s changed.

You open the project with “nothinglastsforever,” which you wrote shortly after the passing of your best friend, Jordan. Talk to me about creating that song. I love the recorded footage of you two included near the end.

That footage was from the first time I ever went to visit him in Georgia. The two of us and another close friend of ours stayed at this ghetto-ass hotel, and we were all high as fuck. I wasn’t able to stand or anything, and this motherfucker was making sandwiches, and I was dying. He made one for himself, and I was like, “Thanks for making me this sandwich. I appreciate it.” I was tryna commandeer his hard work and shit. That was a good memory [for] me because it was our first time linking in-person. We had known each other through the internet and playing Xbox online together for God knows how long.

Why did you decide to open the project with that song?

It was the most honest depiction of what I’d been feeling recently. As much as I love 7VEN and as close as I hold those songs, it came out at a bad time for me. It was scheduled to drop at a specific time, and then bro passed away, and I didn’t get the chance to move my dates around. I didn’t get a proper chance to grieve or mourn or anything because the rollout came. I put all my feelings on the backburner.

Everything started hitting me at once after the rollout, and I took whatever energy—positive and negative—and made “nothinglastsforever.” That’s what I was feeling and what was going on in my head. By making it the lead song of the project, it could be a song about closing a certain chapter and moving forward. That’s a theme within that song, for sure. Not everything’s gonna be around forever. It’s me talking to myself, in a sense.

I know exactly what you mean. I lost a good friend of mine almost six months ago. You go through it day-by-day, but they live on through us and what we do.

Shit, man. Got me in my feelings. 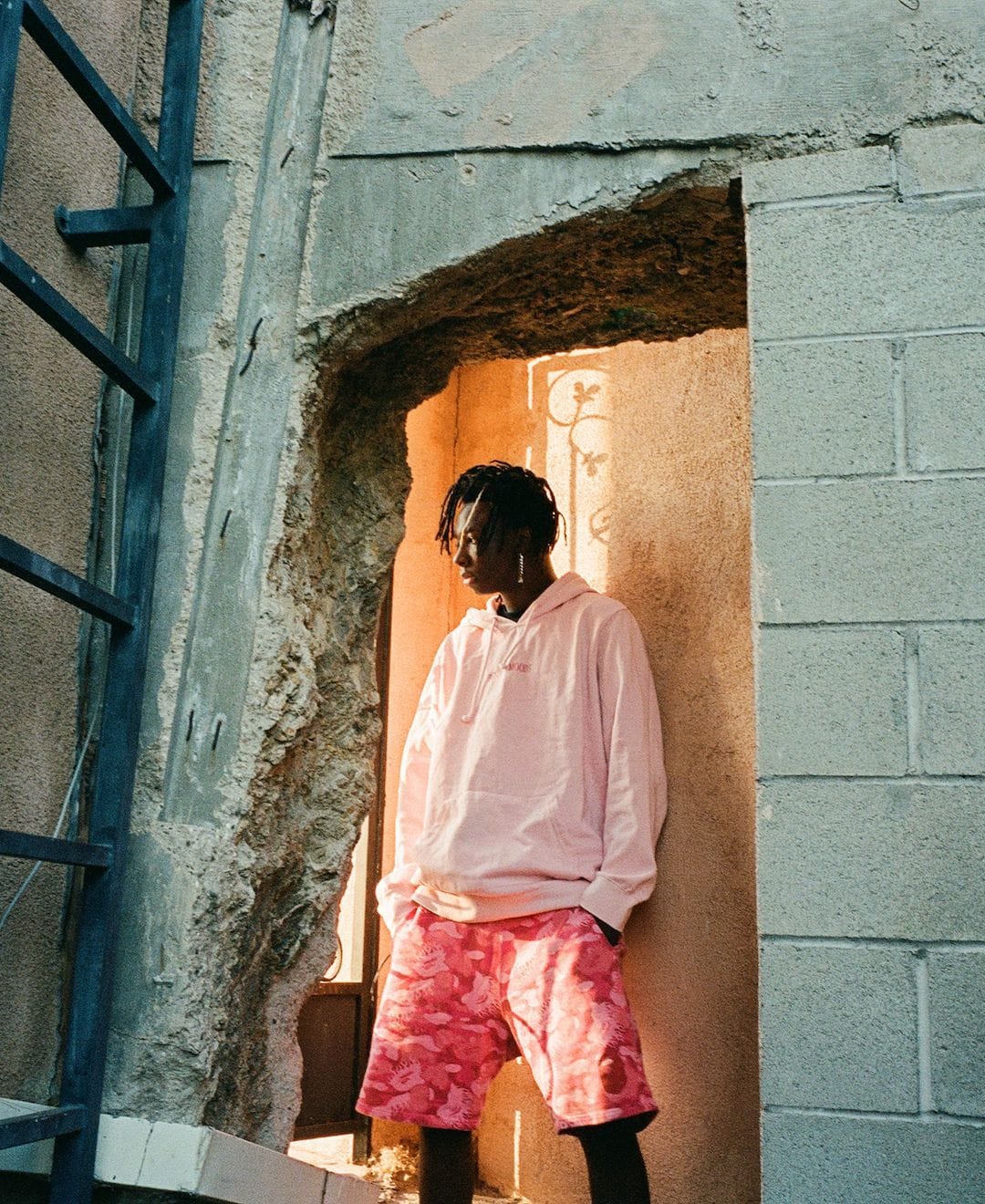 Outside of the 24kGoldn-featuring “sorry,” lilium’s tone is pretty somber. Regardless of which genre you’re exploring, all of your music is raw and personal. Is it a challenge for you to hop back and forth between genres while keeping that personal touch?

That’s an interesting way to ask that question. It’s natural for me to do it, but that doesn’t make it easy. I get put in certain moods that allow me to make certain genres of music. I’m not necessarily in control of when that happens. I can’t feel some type of way and then make that type of music when I’m not in that moment anymore. A lot of other people can do that but I just can’t do it. I have to go through it and then go back and reference it while I’m making music.

It’s hard for me to make music while sad because I get writer’s block, but after I’m sad, I can go back and write about it. This more somber music is because I’ve been in that mood and thinking a lot. It feels natural because it’s not something I just adopted or something I’m trying to cater to because it’s popular. This is me writing about my emotion without sharing too many details.

What’s one thing about you that you wish people knew or understood better?

That’s a long fucking list. I wish people knew the music I make, as much as I make it for them, I also make it for me. As much as I’d like to make hard music all the fucking time, like “BULLETPROOF” and “BODY COUNT,” music is a medium of expression. It’s not always gonna be your favorite genre. I feel like a lot of people are with me, but I wish everyone looked at me and liked me and my art for me and not just expecting more of one specific thing.

I got a lot of validation on 7VEN because there’s less hard songs on that project than emotional songs as well. Seeing the numbers blow and go crazy on an album that mixes in so many other genres gave me confidence. I can only wish for more of that. I’d like to be making music like Tame Impala at some point.