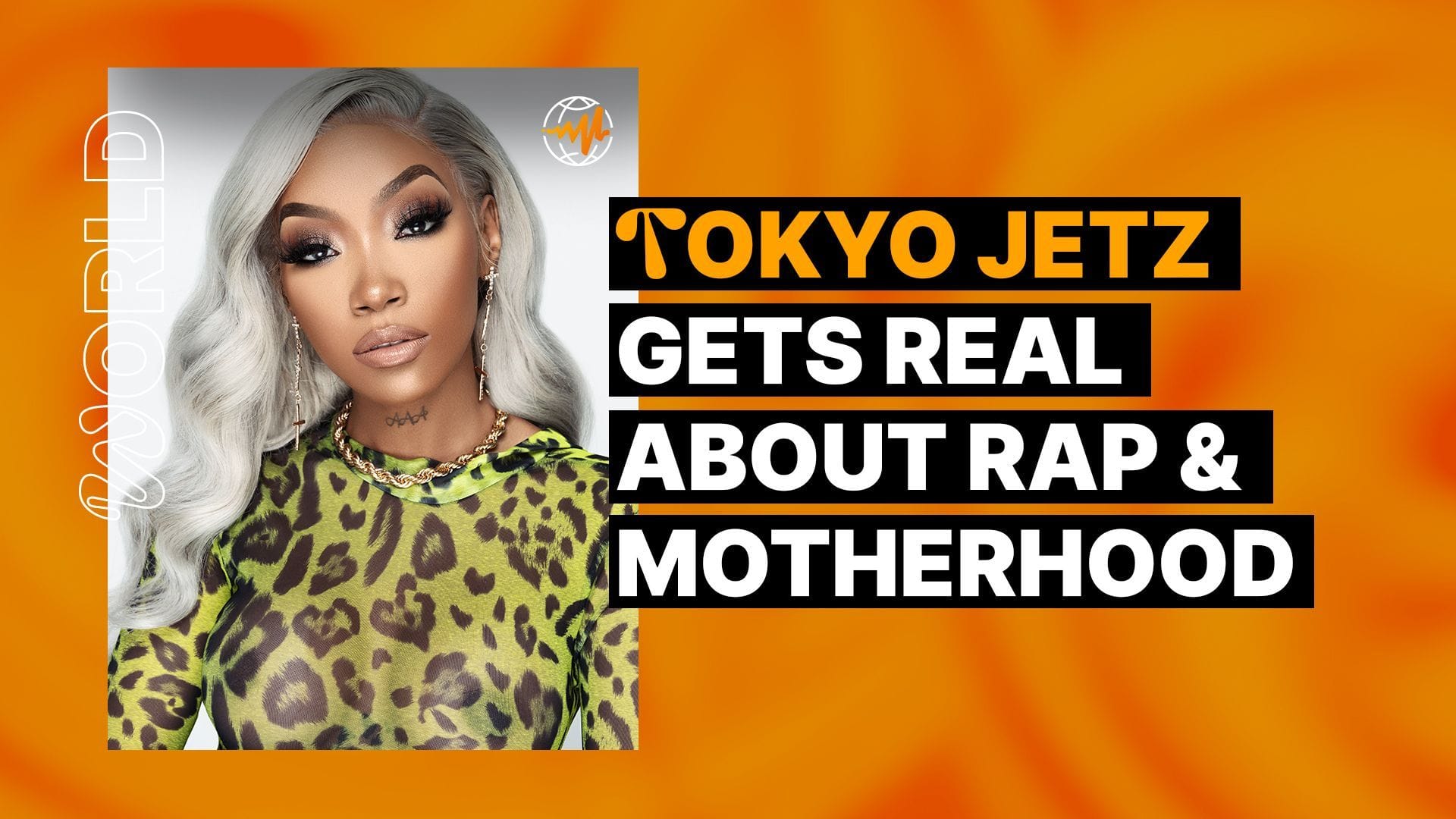 In 1994, TLC released their second studio album, CrazySexyCool. The critically acclaimed album went on to sell millions of units and win countless awards, and the title of the record remains relevant. Arriving during her birth year, rapper Tokyo Jetz captures this title’s essence in the spirit of T-Boz, Chilli, and Left-Eye.

For those unfamiliar with Tokyo Jetz’ music, she points to her track “No Problem” as the perfect introduction. “Whether it’s a girl or a guy listening to it, they’ll be able to relate to it in a way,” she says. “It’s raw. It’s just one of those songs where you’ll want to hear more.”

Jetz’ music is a further exploration into her “I’m going to say it like it is” attitude. Especially on tracks like “Been Did That” and “Lotto,” where she shines on high-powered, turn-up anthems from her latest album, Cancel Culture.

Born Shauntrell Pender and hailing from Jacksonville, the 26-year-old, tatted-up emcee cites Nicki Minaj and Trina as some of her biggest influences. Her Florida upbringing exposed her to a lot of “ratchet” music, and Tokyo Jetz gravitated toward artists like Trick Daddy, Boosie, and Plies when she was old enough to listen to music on her own, a departure from Pac and Biggie, which were introduced by way of her parents as a kid.

Equipped with rising streaming numbers and a growing fan base, Tokyo Jetz shocked fans when she announced she was pregnant in 2019. “People on the outside looking in want to tell you every choice they think you should make in your life, and it just doesn’t affect them at all,” Jetz tells me. “So it’s kind of backwards if I actually listened to what they’re saying.” 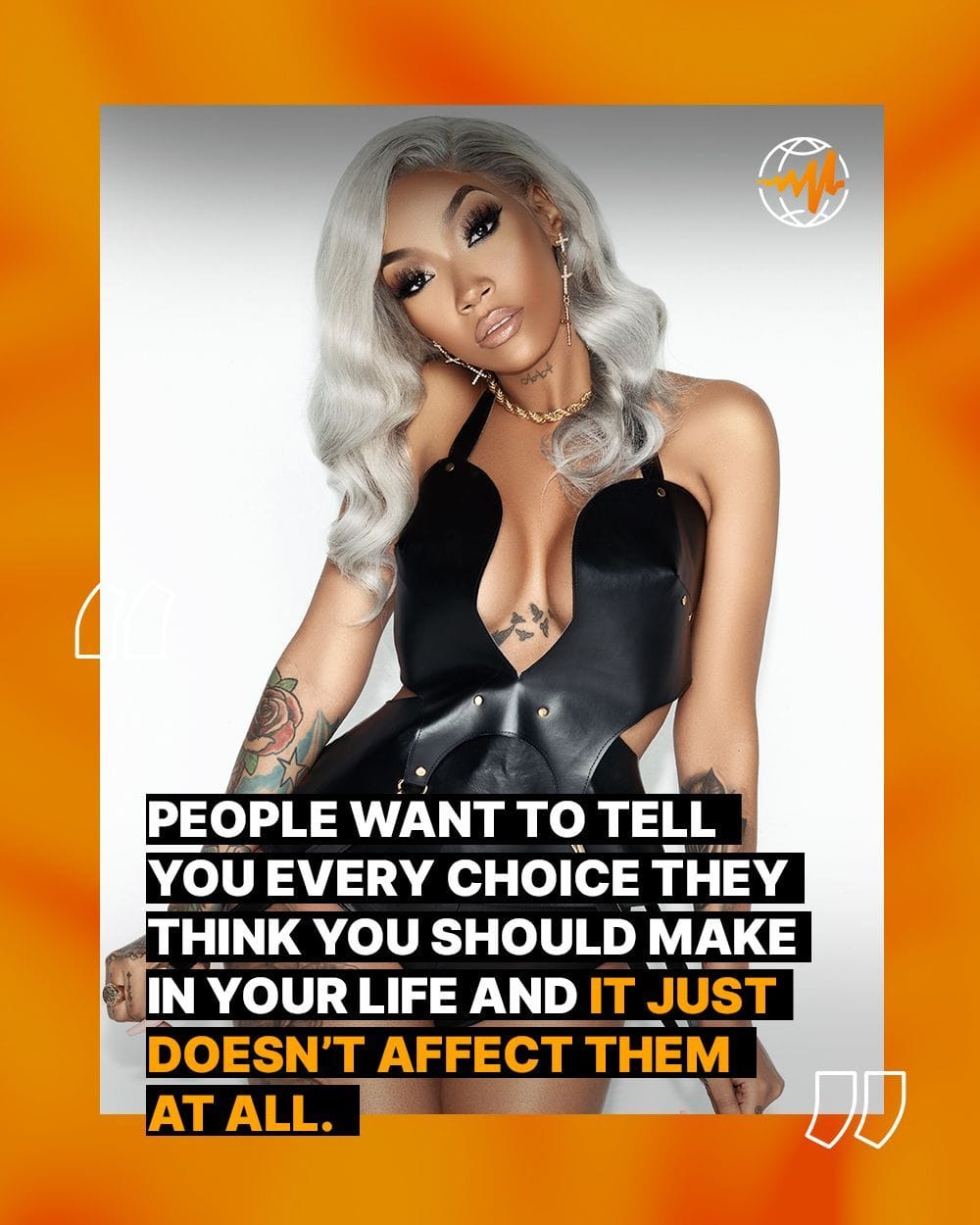 Excited about her next moves, Tokyo Jetz speaks on her March 19 release, Cancel Culture. “You can expect me to just talk my shit and stuff because I’ve been quiet for a while. I was listening to what everybody else had to say and was being super receptive and just sitting, and waiting and that’s over with.”

How has it been adjusting to motherhood while balancing a rap career, and what advice do you carry with you?

When I have to do stuff, [my son] usually goes with me. When I go to the studio to record, he’s there. When I go to do a shoot, he’s there, and I have a really good support system. A lot of times, people are in the studio with me, just to help me with my son. And I’m a first-time mom, so I’m not with the idea of him being far away from me or being with a babysitter. I take him almost everywhere we go, and then when it’s time for me to do shows and stuff, he’s either with his dad or my dad. Overall, my son is involved in my career, behind the scenes.

I got a lot of advice from my younger sister when I was pregnant, which is crazy, but she let me know: no matter what I think or how I feel, everybody has to take a break. I was overwhelmed at one point, but she told me not to overwork myself and made me realize I’m not a bad mom if I’m tired and need to just relax. As a mom, I could be on the go 24/7, but she made me realize it’s okay to have that alone time.

Your last album, Bonafide, was released in 2018. It features guest appearances from Kash Doll and Trina, amongst others. Who are some artists you’d love to collaborate with in the future?

I love Mulatto, LightSkinKeisha, and DreamDoll, but I think I love DreamDoll for so many different reasons. She has a beautiful personality, outside of the music, so I just love her as a person and would love to collaborate with her. Also, City Girls would be dope, you know, with the whole Florida vibe, and definitely Megan Thee Stallion.

The dream collaboration, though, would be with Beyoncé. And another part of me knows a song with Nicki Minaj would be hard as hell.

In the spirit of Women’s History Month, can you detail a time where a woman in the industry gave you solid advice about your career?

Erykah Badu actually reached out to me on Instagram a while ago, when I first announced I was pregnant. She was just like, “If nobody’s told you, you’re beautiful, I’m proud of you, you’re amazing.” She was just so uplifting and positive, and this was around the time when fans on social media were like, “Oh, you shouldn’t have a baby right now,” and she was somebody who was a shining light through all of that.

I think a lot of people think mothers can’t be sexy. It seems like you embrace all forms of yourself.

People have a lot of expectations for things that don’t really concern them. When it comes to social media, I try not to respond to negative comments about expectations or thoughts on motherhood because I feel like if they were face-to-face with me, they wouldn’t say half of the things they say.

Also, [it] tempts me to say something back to them, and it’s not worth it. I don’t live with their comments in my head; I think I would go crazy. I just forget and move on with my life.

What message do you want to relay to up-and-coming female rappers who are on a similar path?

You spoke a lot about the lessons you’ve learned throughout your career. What have you learned or missed during the pandemic?

The difference for me was that I had my son around the time it first started. So I had already planned to take a little bit of time off to spend some quality time with my son, so it kind of worked out for the better, where I didn’t miss much. If everything was open, things would’ve been a little bit different because I would’ve been on the road and away from him, so the good thing is, my career didn’t take me away from him.

But one thing I’ve been thinking about is how much I miss performing. I miss doing festivals and being onstage like crazy. When people come to your shows, you captivate them to the point where somebody is gonna agree with you. I could be on stage and say, “Niggas ain’t shit,” and some girl would be at the club with their boyfriend and just second what I’m saying. It’s a funny but good experience.

Photos by Shot By Sed.