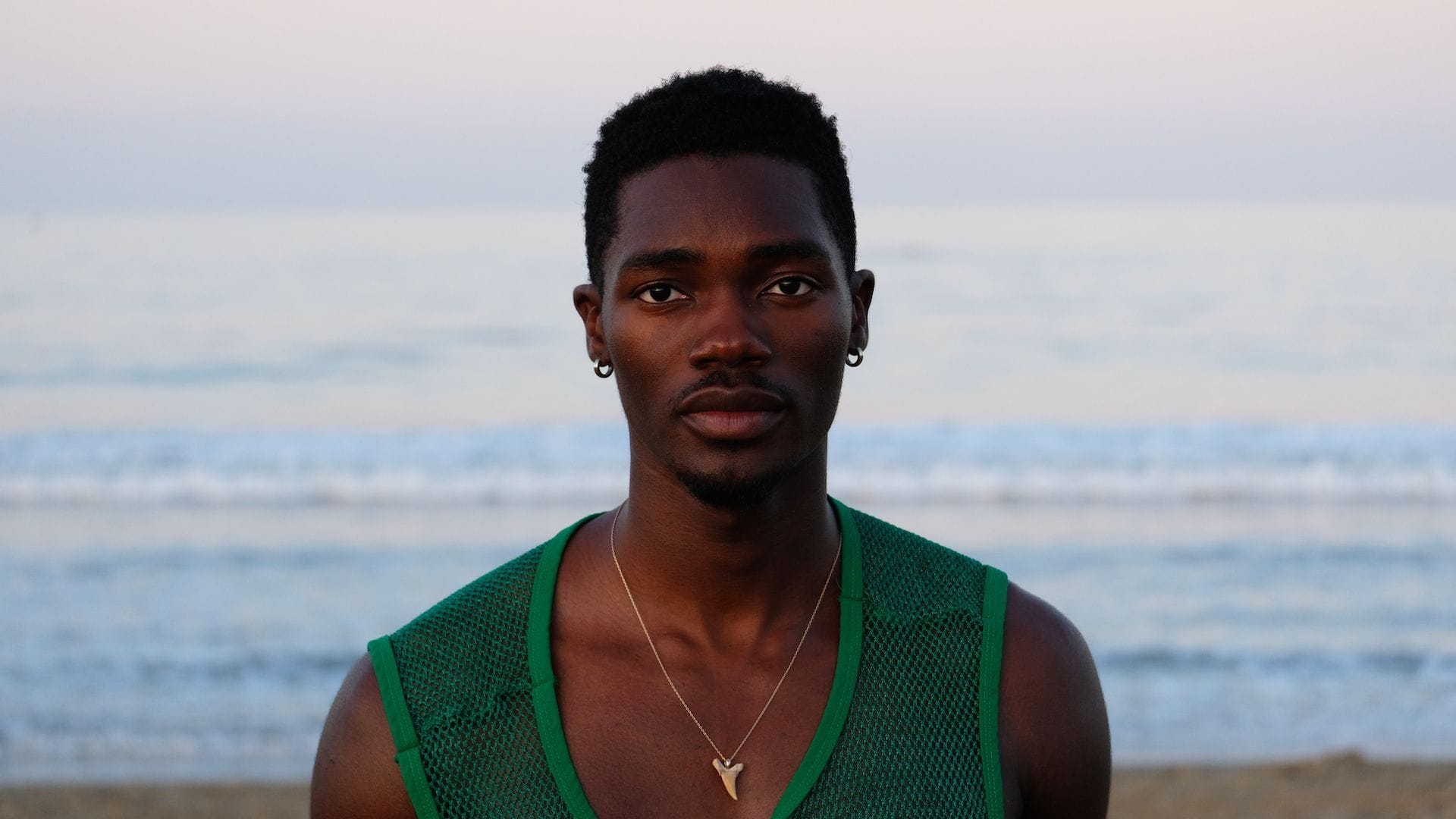 In 1988, director John Landis crafted and released a thought-provoking, albeit romanticized, narrative arc centering Africans’ assimilation into North American cultures titled Coming to America. In the ‘80s and ‘90s, hundreds of thousands of West Africans, including Lagos-born singer-rapper TOBi, ventured to America or Canada for job opportunities and other life prospects facing similar forms of acculturation as depicted in parts of the Eddie Murphy-fronted comedy.

TOBi and his father were the first of their family to move to Brampton, Ontario, Canada, at the turn of the century, just after his ninth birthday, before safely applying and urging the rest of his family to follow behind them 18 months later. “Anyone that knows the immigration story, it doesn’t just happen overnight,” he says. “Now I’m super grateful for all of my [immediate] family being over here.”

Born Oluwatobi Feyisara Ajibolade, TOBi held onto his native tongue in Greater Toronto, retaining the Yoruba language of his home tribe, but cultural nuances in Canada plagued him on arrival. He grappled with changes in accents, body language, and sarcastic humor for years. TOBi found solace in music, harnessing his voice at 14 as a part of a gospel choir at Christ Apostolic Church. “I wouldn’t tell anyone I could sing,” he laughs. “I’d rapped since I was nine, so I left the singing in the background for a while.”

Today, TOBi’s approach blends singing and wordplay with ease. On ELEMENTS, Vol.1—his most recent project, released October 21, 2020—he also centers his bi-continental identity, uniting with British-Ghanaian producer Juls on album standout “Dollas and Cents.” Percussion-heavy and euphoric, the single is an ode to both jazz and Afrobeats, with TOBi crediting King Sunny Ade and the unconventional imperfections that exist in both genres.

Often introspective, TOBi has built on the foundations of his 2019 debut STILL, opening up about his identity, relationships, and sense of self-worth. [Therapy] allowed me to breathe,” he says. “it helps with some of my most difficult, hardest thoughts.”

TOBi is proof that embracing one’s identity and the concept of self-evolution improves the music. “Catharsis, community, freedom, strength in numbers,” he says, listing off the nuances of life that define his artistry. He’s telling his immigrant story, but the themes are universal.

You moved from Nigeria to Toronto almost 20 years ago. What’s your relationship with Nigeria like now?

As an artist in the diaspora, I need to be as connected as possible, especially with artists and musicians in the region. Even if we’re not making music all of the time, I just love feeling connected and tapped-in to the sound on the ground.

On a familial level, I have tons of cousins, aunties; my grandmothers are still there. We talk every day on WhatsApp.

I haven’t gone back since 2002—it’s kinda wild still. I tried to go back last year as I got my passport renewed, but because of COVID, I couldn’t make it down. I wanna try this Christmas, though. 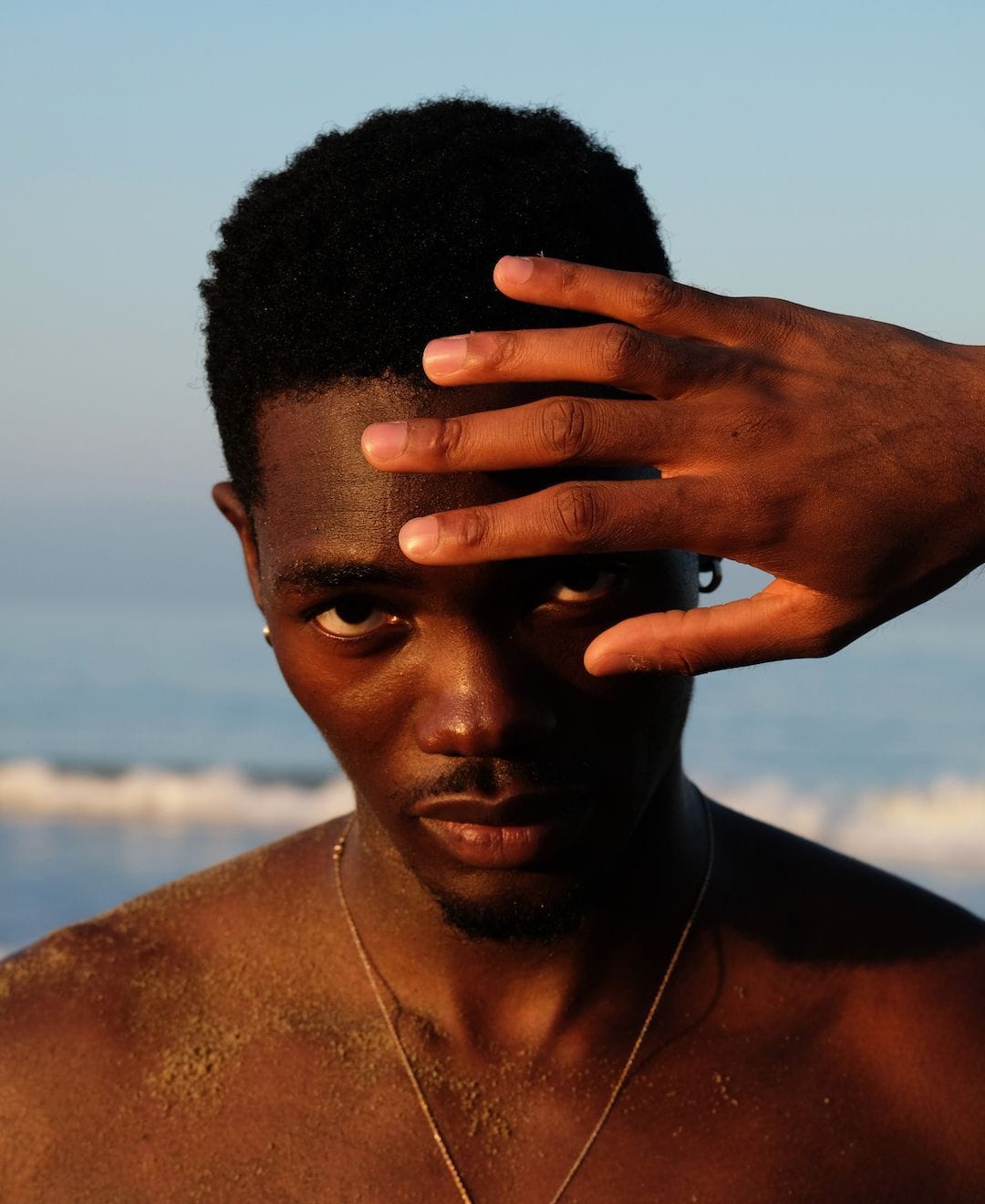 Are there any prominent memories from Lagos that still stick with you?

Of course. I have real, tangible experiences I can remember. I still remember the intense heat on my skin. I remember playing soccer barefoot and making real friends and scraping my knee.

I think my favorite memory is how we used to celebrate things. I don’t think this is a hallmark of just my family, but I remember we had parades on the street. People would dress up in their finest gele. There would be loud music, suya being served on the street, Guinness. I just remember that being a persistent thing.

What aspects of assimilating into Canadian—specifically Torontonian culture—were the most challenging for you?

Let’s talk about sarcasm and irony in humor. It took me five years to really grasp that. Obviously, as a kid, you have no idea this is a way people communicate. I can only imagine the amount of things like that that went over my head and didn’t connect. That’s the beauty of Brampton, though. There are so many people like me who were figuring it out, too, first-generation Canadians or immigrant families completely.

You’ve mentioned your love of poetry frequently throughout your career. How and when did you first interact with the art form?

I fell in love with [poetry] during my undergraduate courses at uni. I studied for five years and would go to open mics and slam poetry circles during this time. Then I got introduced to poets like Carlos Andrés Gómez, Gil Scott-Heron, Charles Budowski. It’s just the way poetry feels like an interpretation of the world that’s not meant to be explained. If you get it, you get it. If it’s for you, it’s for you. It’s boundless, and I don’t know if there’s Genius outlets for poems. I don’t think it’s worth it there. It’s meant to be as it is.

On “Conflict, still,” your mother is featured fearing for your well-being and whereabouts. Was the project as a whole centered around navigating Brampton, Toronto as a Black man?

The themes on STILL definitely reflect real-life experiences. When you grow up in low-income areas, it’s the same thing everywhere: Toronto, New York, Chicago, Lagos, London. That project was my interpretation of my and my friends’ stories growing up. Some of us made it through, and some of us did not for a myriad of reasons.

I acknowledged the fact I had both parents, and that could’ve made a difference in how I, personally, navigated those difficulties. On “Conflict, still” precisely, I was speaking about the physical home, coming home late at night, but going home and figuring out that, Lagos, too. It was about moving but not losing my Lagos self in the process—it applies to the diaspora. There are so many men who have said to me that song meant something to them, that fear of losing themselves, their identity, has happened to them.

In terms of those feelings and how you translate them, how were you able to speak about yourself so openly?

My teenage years, those years were so myriad with fear. After I was in that process of those feelings of anxiety and fear, I learned how to get out through therapy and friends. But there was so much stigma around that with my friends and family. It wasn’t that they didn’t love me or understand; they just didn’t know what to say.

ELEMENTS Vol. 1 features you in different perspectives as its cover. Talk to me about your perceptions of self in these different frameworks?

I wanted to show we are universal. It doesn’t matter what I looked like last year, next year; I’ve grown, I’ve learned. Those four pictures on the cover are part of a larger collage of 12. It’s saying, “Here’s a physical representation of the different sides of me. You can have that.” The name ELEMENTS is a nod to the periodic table too.

“Dollas and Cents” recently received a DJ Tunez and Oxlade-assisted amapiano remix. How does it feel to have an all-star West African collaboration?

It’s a strong reminder of home. Having DJ Tunez and Oxlade on this song is a great synergy. Some of my North American listeners are seeing those names for the first time, and definitely on the continent, some listeners are seeing my name for the first time. It’s beautiful, and it further reinforces that connective tissue across the Atlantic and then between Ghana and Nigeria too. Oxlade is someone I’m a huge fan of; his song “DKT” makes me feel so happy, man.