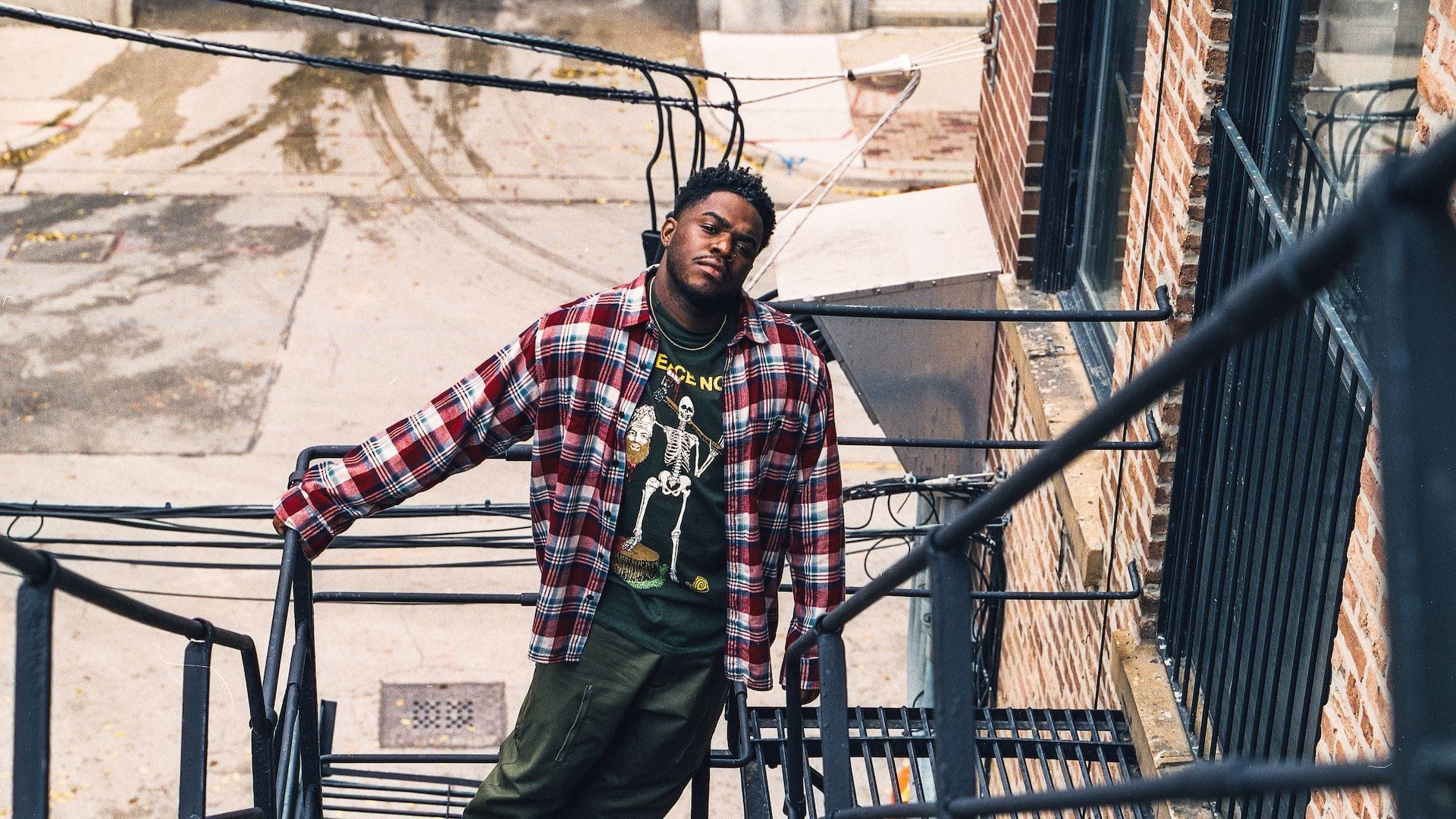 Chicago’s theMIND has been through it all. The artist born Zarif Wilder had an amazing 2016, releasing Summer Camp and rising along with his Chicago peers as a staple voice in the city’s scene. Appearing on tracks with Mick Jenkins, Noname, and more, it seemed like the sky was the limit for Wilder. However, the next four years would prove to be incredibly difficult. Every horror story in the book, from business failings to personal falling-outs, overtook theMIND’s life. His latest release, Don’t Let It Go To Your Head, is not just his comeback record but also his saving grace.

As a body of work, Don’t Let It Go To Your Head is classic theMIND, with a few new bells and whistles. With features from Kari Faux, Saba, and more, the deep grooves and rich vocals marking Summer Camp appear once more with a newfound maturity. While hardship is not a requisite of great art, theMIND certainly used it to his advantage. The mahogany timbre of “Free Trial” in particular will move your body in all the best and most sinuous ways. Later, on “SEA,” soft and bubbling production sets the scene for this being a decidedly Chicago album.

Don’t Let It Go To Your Head saved theMIND and now stands as a feature of the Chicago music scene. Its most gentle moments and its funkiest come together to portray a man on the other side of his struggles. As he sings on “SEA,” Wilder is stronger than his demons. Take this album as a reminder that every cosmic “fuck you” from the universe is but a stepping stone to where you’re meant to be. The old idea of repurposing pain into fuel does not drag this album but rather makes it into an uplifting listen. Circumstances be damned, theMIND is back. 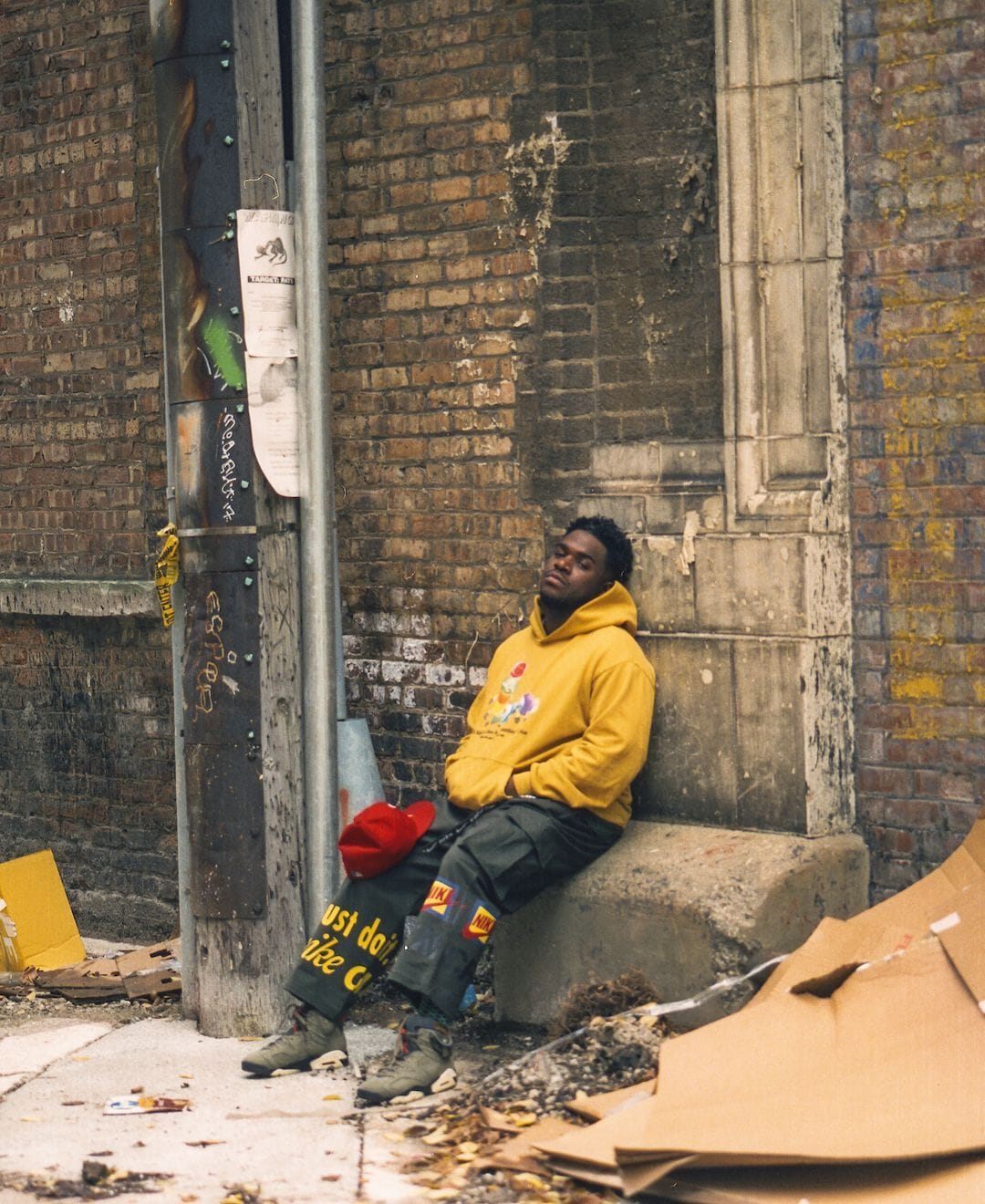 I remember seeing you play Baby’s All Right with Noname in 2016. Do you remember that show? You had a set and then joined Noname for her set, too.

Me, Noname, and a couple people from New York. J. Cole showed up, actually! I remember going first; I opened up. The room was filling up slowly, and I do remember the people there when the show first started were really in it. I thought it was crazy how much love I was getting as an unknown artist.

It’s been four years since 2016’s Summer Camp. What’s the main lesson you took away from releasing that mixtape?

Everything doesn’t have to be abstract. That’s the biggest thing I took away. Sometimes, things can just be as they are. At that time, I thought people wouldn’t understand my story if I told it straight. I thought I had to make it animated and in this fantastical way, rather than it being straight-out what I was feeling.

I wouldn’t do anything different on that album. I look back at some of those songs, and I don’t even realize how I wrote them. It doesn’t even feel real, like a completely different person. The main thing to take away is to just be as open and honest as possible, and whatever that looks like, it’ll be accepted.

Reading about your journey to your latest album, Don’t Let It Go To Your Head, you’ve experienced a lot. Can you break down some of the struggles you faced to get to this record?

Getting out of a label deal—that was my first label deal I ever had and my first time feeling in the industry. Those relationships are just business relationships, so the job of the label is to do the best for them, not to service me. That was one of the bigger struggles.

After that, it was falling out with a bunch of friends. And losing my crib! My landlord told me, two weeks before I left for tour in 2017, she was tearing down my building. I was choosing whether or not I was gonna go on tour and be homeless when I got back or not go on tour and handle all of that stuff. A bunch of shit! The true ups and downs of the human experience.

Was there ever a point in the last four years where you wanted to simply give up on music?

Yes! Especially with the label situation. Once we figured out it wasn’t a working relationship back in 2017, I was like, “Can you let me out of my deal?” “For sure!” And then they stopped picking up my phone calls. I asked my lawyer to help me out, and that lasted all the way until the end of 2018, top of 2019. During that entire span of time, I was thinking to myself, “Why do this? Why subject myself to an industry that will tear you limb from limb and sell your pieces back to the public?” I didn’t wanna be part of that anymore.

The more and more research I did [on other industries], the more I realized every industry is like this. The music business is a little more malicious with it, but every industry works like this. There’s nothing I can possibly do, and I didn’t want something I love so much taken away from me. If I had a billion dollars tomorrow or if I was broke, I would still make music. It’s something I love and would do for my entire existence. Why would I let this industry take that from me?

The album’s title feels like an incantation to keep your wits about yourself. How did the making of this album keep you afloat?

Yes. If anything, these songs started to feel like the thing I would tell back to myself. This is what I need right now. I started looking at the best parts rather than the worst; then, I started to get to work. It’s the things you write on the mirror in the morning for you to get through the day. I battle with depression, so the ability to have things to focus on, I put them in song form so I could play them when I don’t believe in myself. When I’m slipping, and my serotonin levels are low, I have the ability to play something to remind myself this is my past. The title encapsulates that.

Is there one particular moment on this album that saved you?

A couple records like that. “Atlas Complex” and “Craig.” “Craig” was something that always sat with me. Just thinking of going through situations and feeling like I was fighting and taking pain for granted and bullshiting moments away. Letting the worst moments get the best of me. I needed to have a song to kick me in my ass and tell me to go live. If all of this ends tomorrow, what do you have to show for it?

“Atlas Complex” was me spilling it all to myself. It was during that time of me moving out of my old crib and into a new place. I go back to that song almost every other day.

Knowing all the turmoil wrapped up in the making of this album, do you struggle to listen back to it, or is it a moment of triumph?

I’m still going through it. A lot of times, people think “broke” is always financial. Broken is also broken spirit and broken to pieces because of what you’ve been through. I’m still dealing with that, and I don’t think it’s hard to listen to, but some songs, sometimes, are a little bit too much. “SEA,” I can’t really listen to “SEA.” There’s an actual excerpt with me and my ex talking on there. It’s hard to listen to because it’s literally her telling me, “You want your idea of perfect.” I think about that statement all the time.

I play the anti-hero, and I think that’s okay because art should be a reflection of what you’re going through.

If you had to boil down your journey to Don’t Let It Go To Your Head, what would be the ultimate lesson you want fans to carry with them?

Don’t be me. Or, be me. It doesn’t matter! My struggle and the things I went through, if you went through the exact same situation, you wouldn’t have the same outcome, but… A wise man learns from other people’s mistakes. That’s how I wanna move. Also, it’s one of those things where if you made mistakes, so what? You can still rise above it. You can still be more.