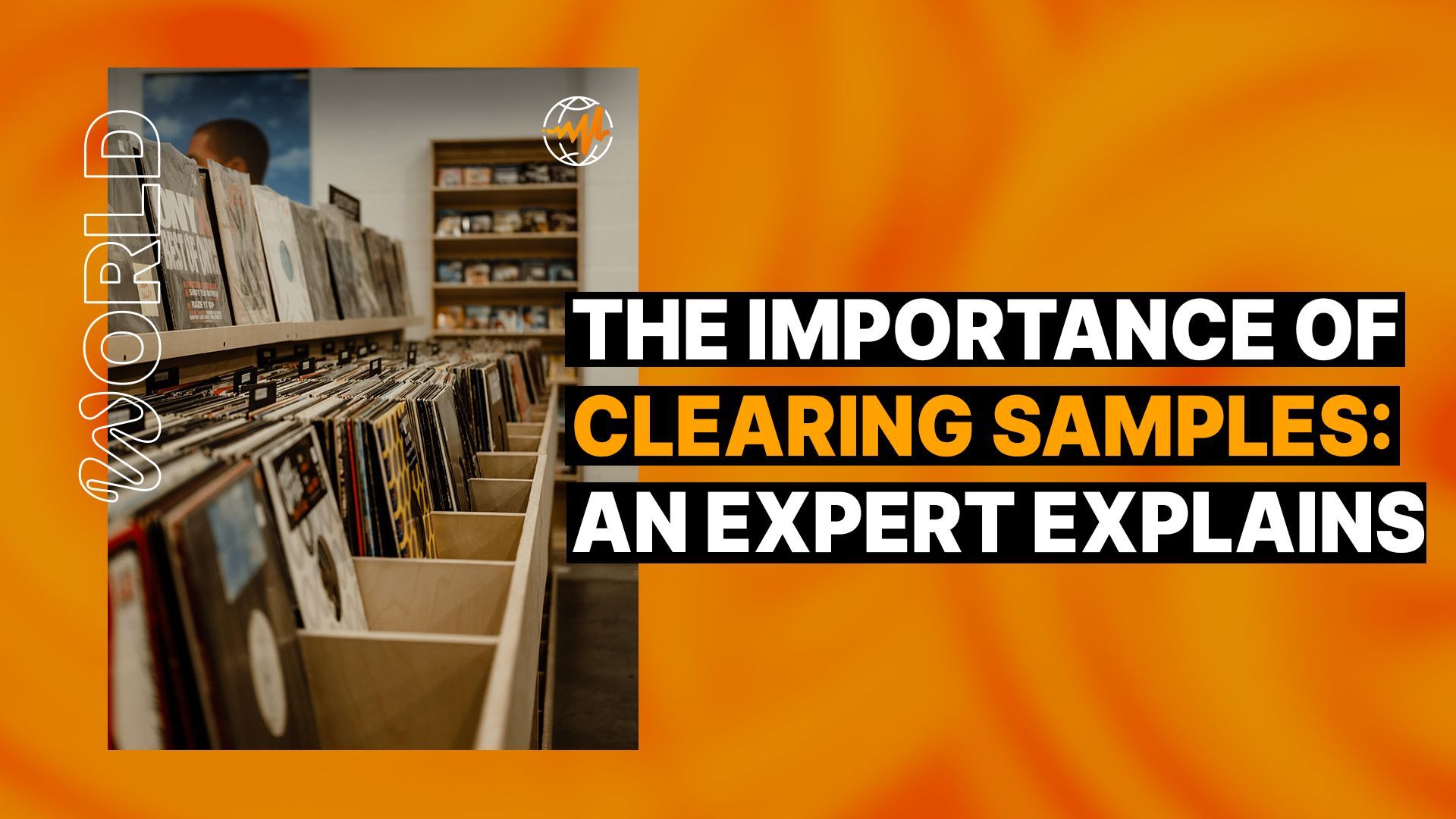 If you love a classic sample in your work or the work of your favorite artists, chances are Deborah Mannis-Gardner has had a hand in making sure those songs see the light of day. With nearly three decades of experience, Mannis-Gardner has worked to ensure music by Drake, Kendrick Lamar, J. Cole, Logic, Lupe Fiasco, Nas, and many, many more—including DJ Khaled's latest blockbuster album KHALED KHALED—hits speakers and headphones worldwide.

“There’s different ways [sample clearance] starts,” Mannis-Gardner told me back in 2020, coinciding with the release of Logic’s No Pressure. “Sometimes the artist comes up with what they want to sample, sometimes it’s the producer. Sometimes it’s collaborative. Once they go into the studio and they incorporate the sample, then they reach out to me. They tell me what they’ve sampled and how they’ve used it. Then it’s our job at DMG to research the copyright, contact the publisher, contact the label, and then negotiate the [fairest] deal for the use for our client. Once our client reviews the quote—this includes artists, artist management, attorneys, the label; this is not sexy stuff—we paper it, confirm the deal, request licenses, and make sure everyone gets paid.”

As a professional who has seen the sampling world evolve and adapt to the changing tides of the broader music business, Deborah Mannis-Gardner breaks down everything artists and fans need to know about the sampling world in 2021. 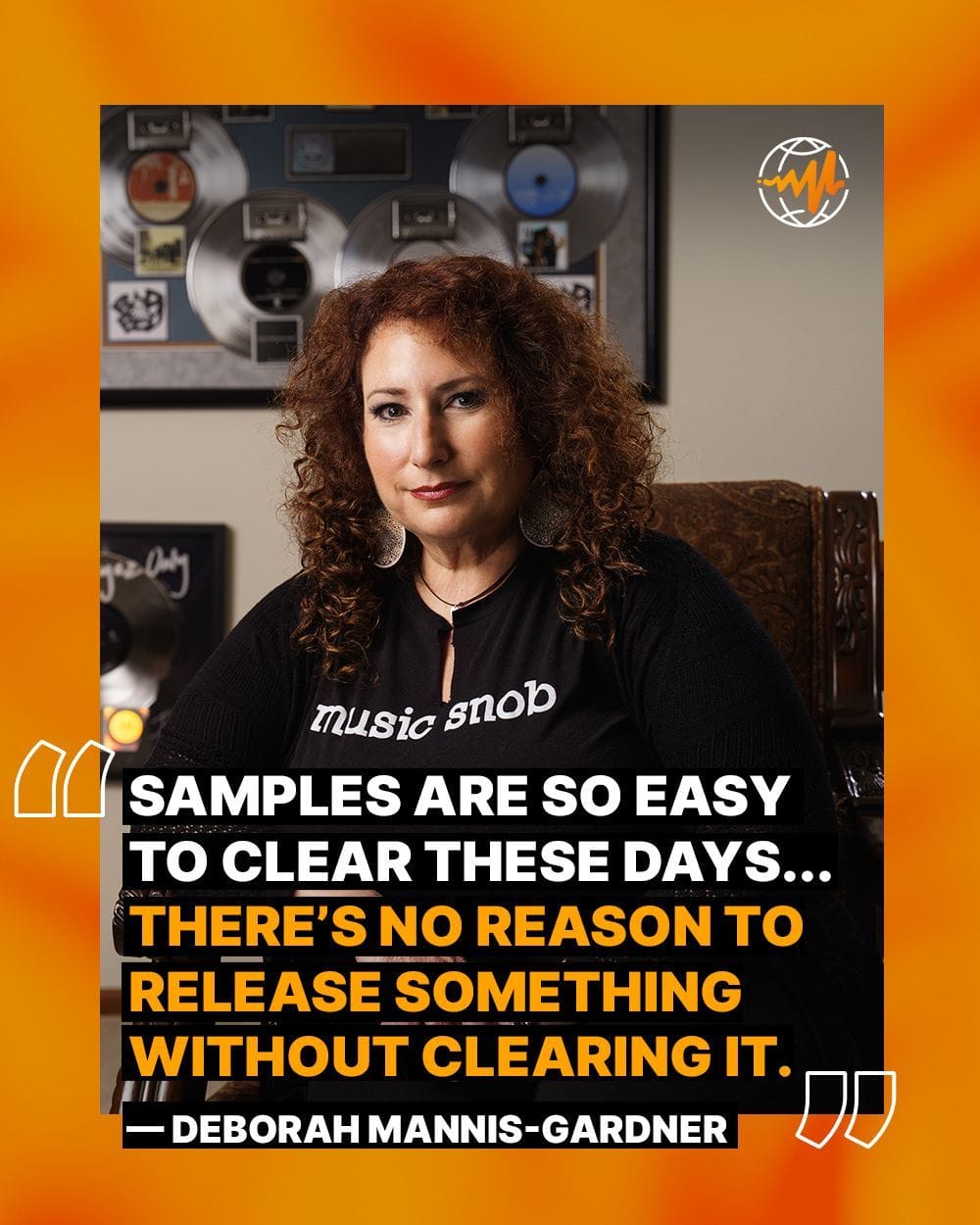 Back in 2020, you broke down the sampling process to me and emphasized that use is an important element. Can you elaborate further on how sample use can impact a clearance?

Sometimes, people say—let’s use the [DJ] Khaled album—“Well, Khaled is a big name, so, therefore, we want a lot of money.” My response is, “It shouldn’t be based on who is using it because you want a lot of money. You should base it on the use itself.” See it as a continuous revenue, and don’t charge too much.

The other thing to look at is if the artist has sampled something that’s never been sampled before, or is obscure, or hasn’t been used a lot. The conversations are, “Oh, well, maybe it shouldn’t have a greater value.” My response is, “Every song should have the same value [per] United States Copyright Law.” Conversely, if someone is hesitant because they’ve never been sampled before, my response is, “Hey, this could give you an opportunity for future licensing.” Music fans, they dig into [samples]. They research. I always tell people, you have to look at the whole picture. It’s a give and take, and we try to make sure everyone wins in the end.

Does an artist really have to clear every sample? Even if it’s a “free” mixtape?

It doesn’t fly! I always tell people [not clearing a sample] is a huge mistake. Once you are successful, they’re gonna go onto the internet, look up what you did, and they’re gonna smack you down and ask for that money. I get a lot of these, “I did this song, with this sample, and now I can use it in a commercial.” Well, you made a mistake. You should’ve cleared that in the first place.

Samples are so easy to clear these days. There are people such as myself who secure rights for samples. There are also companies out there that [show you] sampling fees in advance. If you’re looking for just sounds and beats… There’s so much out there; there’s no reason to release something without clearing it.

What are the other repercussions for getting lazy with sample clearances?

You get a reputation. I’ve gone to copyright holders, and they’re like, “Oh, they’re known for not clearing samples.” And I say, “Yeah, but they’ve learned their lesson, and we’re trying to do the right thing.” We’re an internet-based community now, so anything you do, we can find out what you’ve done, what the value was, and how you need to compensate. 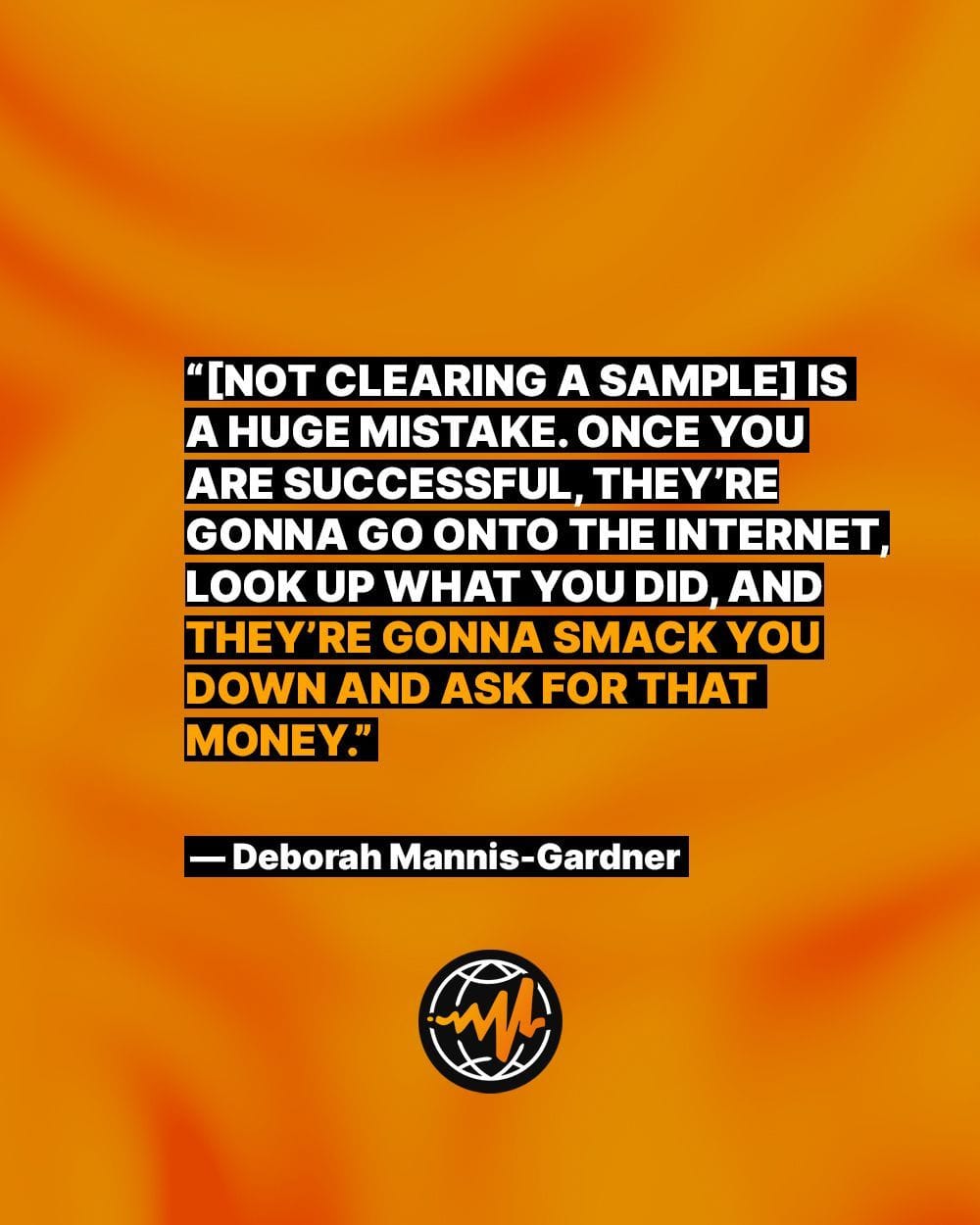 It’s not the Wild West anymore.

It’s not like samples just happened. I’ve been doing this since 1990. The information is out there! All the labels know, producers know, managers know. It’s important we continue to educate and create this understanding that it’s not okay to sample something without clearing it.

What’s the one thing artists don’t understand about the sample clearance process that keeps them from going through proper channels?

The biggest obstacles for smaller artists or up-and-coming producers are costs. We respond to every email, and we send them an email about our fees and an estimated cost analysis for the sample fees. 90% of those smaller people say, “I don’t have the money.” We keep our fees low because if you can’t pay our fees, you can’t afford samples.

The second portion is availability. During the period of COVID, people are a lot more sensitive. We’ve received more denials in this window than we’ve had in the whole span of our business. I think it’s because there’s more emotion tied to people’s copyrights. I found that fascinating, that we’ve received a lot more denials. It’s increased, I would say, up to nine or 10 percent, which is pretty high.

When people say, “Will this clear?” I’m hesitant. There’s always a possibility it will be declined. You don’t know the emotional state of the person on the receiving end. And not the publishers and the labels—they seek writer or artist consent. That’s where the obstacles come in.

For an indie artist with a smaller budget for these things, is there a way forward for them?

Some people have done crowdfunding pages to raise revenue. We had a couple of clients that did that.

On the topic of replaying a sample, is that a way out?

It’s not a loophole. Interpolations can be difficult. Sometimes clients will replay something, and I’ve gotten takedown notices, even though they thought they changed [the original] enough. You have to be careful in what you do.

Do you get a lot of emotional “I’ll pay whatever” messages?

When you look at the music industry, it’s all very emotional. I almost think I’m successful because I remember we’re all human beings with feelings. Sometimes, I put in a request to someone, and they’re angry; they think of it as theft, and that’s when I have to talk to them, “Why do you feel this?” Same thing on the creative side: “I have to have it, Deborah. I have to have my sample.” You have to talk to them: “You can’t always get what you’re requesting.”

What do you wish fans understood about the clearance process, especially when they’re demanding the music?

Fans don’t always have a good understanding of what it involves. I’m working on Khaled’s album, and we cleared “Layla,” [which has] never been sampled before. When Khaled realized it was going directly to Eric Clapton to listen to, he wanted it to be perfect. So, fans have to understand this is a piece of art, and they don’t want to just drop it in the marketplace.

What’s the worst part of the clearance process?

Papering everything, you have to paper every single thing you do. I have the most amazing team that makes sure everything is papered properly.

Besides the approval, what’s the most rewarding moment for you in that whole process?

My favorite thing is to hear the joy from my clients when we get the clearances, and the fans are happy. Nothing beats that.