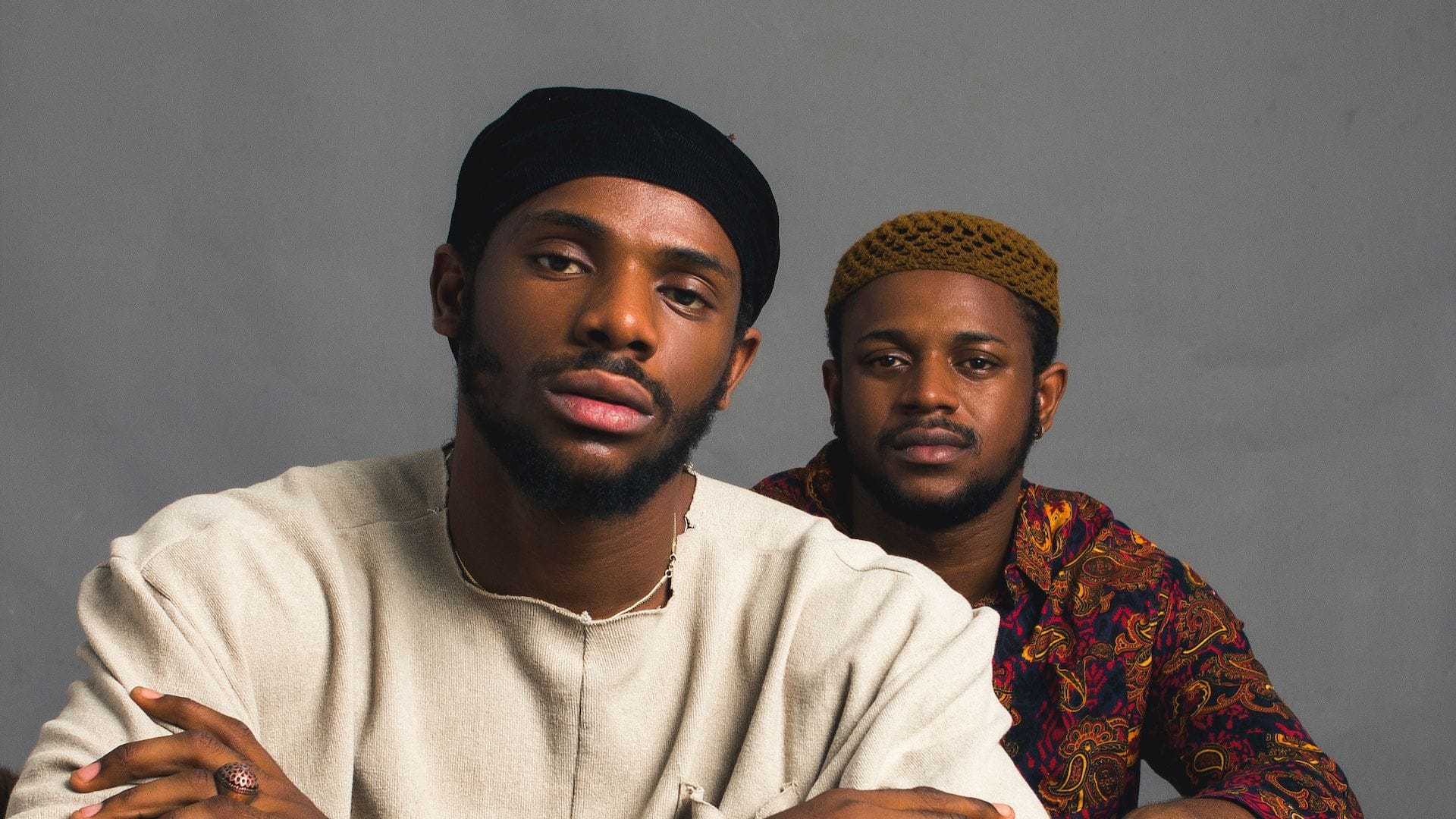 Fusing indigenous rhythms and melodies with Western instruments and influence, Highlife is one of West Africa’s most cherished and essential genres of music. Originating in Ghana in the early 20th century, Highlife later spread to Nigeria, thriving in both countries in the mid-1900s and undergoing significant sonic changes, particularly by the Igbo people of Southeastern Nigeria. For young Nigerians, Highlife music brings about memories of tropical good times sitting under a palm tree, drinking palm wine, and easing through lighthearted conversations with close friends and family.

In recent times, Afrobeats, hip-hop, and Afrofusion have dominated the Nigerian music scene. These relatively new sounds, and other older genres like Fuji and Juju, have pushed Highlife to the backseat as younger generations are opting for more upbeat and modern sounds.

The Cavemen, who emerged in 2020, have brought Highlife back to the fore. The band of brothers, Kingsley and Benjamin Okorie, came into the music scene playing for Nigerian singer and songwriter Lady Donli. Their debut album, ROOTS, arrived to punctuate the angst of a mostly stationary 2020 perfectly. ROOTS delves deeply into contemporary love while maintaining the purity of the Highlife genre well enough to satisfy the pedants and Highlife-curious alike.

ROOTS is a potpourri of soothing Igbo and Pidgin English chants, laid on low to mid-tempo electric guitar riffs, and a range of percussion to produce what they’ve termed “Highlife Fusion.” The Cavemen are refashioning Highlife in a cool, contemporary context that proliferates urban spaces and gives young Nigerians something to be proud of.

For Audiomack World, Kingsley Okorie and I spoke about nostalgia and bringing Highlife to the masses as a young artist in Nigeria.

We have a Highlife song which talks about emotional unavailability, “Runaway Lady.” These are not the kinds of things Highlife normally talks about. So it’s what we think people can blend now.

Love was a recurring theme on your ROOTS album. Does making love songs come naturally to you both?

Yeah, because we’re in that phase right now. Everybody is either in a relationship, looking for a babe, having different encounters with different babes. So basically, it’s a phase. There will be a time where we’ll be talking about political stuff. We’ve already started composing stuff that’s different from the actual love songs.

Most of your shows are filled with young people. Why do you think they’re drawn to the music you make?

We feel like Highlife is kind of natural to an African because of the way it’s shaped, so unconsciously, it kind of just translates. And we are young people as well, so it’s interesting seeing a fellow young person doing something I never would have thought would be relevant to this generation.

How did it feel to make Highlife against the odds and now to see it panning out?

Definitely challenging, and you have to trust your gut because it can go south, but thank God we actually stuck with the plan.

One piece of advice I’d give musicians like me, and younger musicians, is just follow your heart. Follow what is right to you ‘cause that’s what will make you unique. That’s what we did, and that’s what we’re still doing. You have to key into that inner part of you that agrees or disagrees with what you’re doing, ‘cause that higher self is what defines how successful your stuff will be in the future.

How do you think about nostalgia in your creation process?

Nostalgia comes afterward when I listen to everything again. When I listen to it when it’s done, I try to key into some places. Nostalgia is a very important part of our music, and I definitely don’t joke with it. For me, I connect with the music when it’s done because that’s when I’m not doing anything but listening, so I feel like that’s where the nostalgia kicks in. But I definitely understand when people say the album or whatever we release is nostalgic because [the music] is from a very honest place. We want people to realize these pieces of music are still hits.

What would you say has been your biggest reward?

Just the way people have been reacting. There’s nothing more rewarding than seeing people feeling what you’ve felt, and people even feeling it more than you. For me, that’s the greatest thing ever, just seeing people keying into your stuff and just letting it heal them.

I was somewhere on Sunday, and this lady showed me a prayer she wrote from listening to “Beautiful Rain,” and she actually recites it every time the song plays. Can you imagine that? A long prayer, and I read everything. I was like, “Man, even me, I never use my song [to] pray.” I feel like that’s a reward because people seeing your songs as a meditational tool is another level.

Tell me about your latest release, “Who No Know Go Know.” What were you trying to say with that song?

We were saying life should be enjoyable. As youths, we should enjoy our lives; we shouldn’t be suffering because of whatever, you know? Basically saying that as youths, we’re here now, you guys have to answer us, who no know go know, if you’ve not known about the youths, like the youths you’re seeing now, they’re different, that kind of thing. It’s a more aggressive song than what you’d normally expect from us.

How are you guys currently dealing with being a young person in Nigeria, especially with the fallout of the #EndSARS movement and the many things that have happened in 2020?

We’re dealing with it as artists should. Artists are a reflection of society, and of course, it won’t be a lie if we tell you we’ve composed certain songs in that light. Even our latest single, “Who No Know Go Know,” was composed during the #EndSARS movement, so it definitely has affected us. It’s tough to be a young musician in Nigeria. We will not shy away from expressing that.