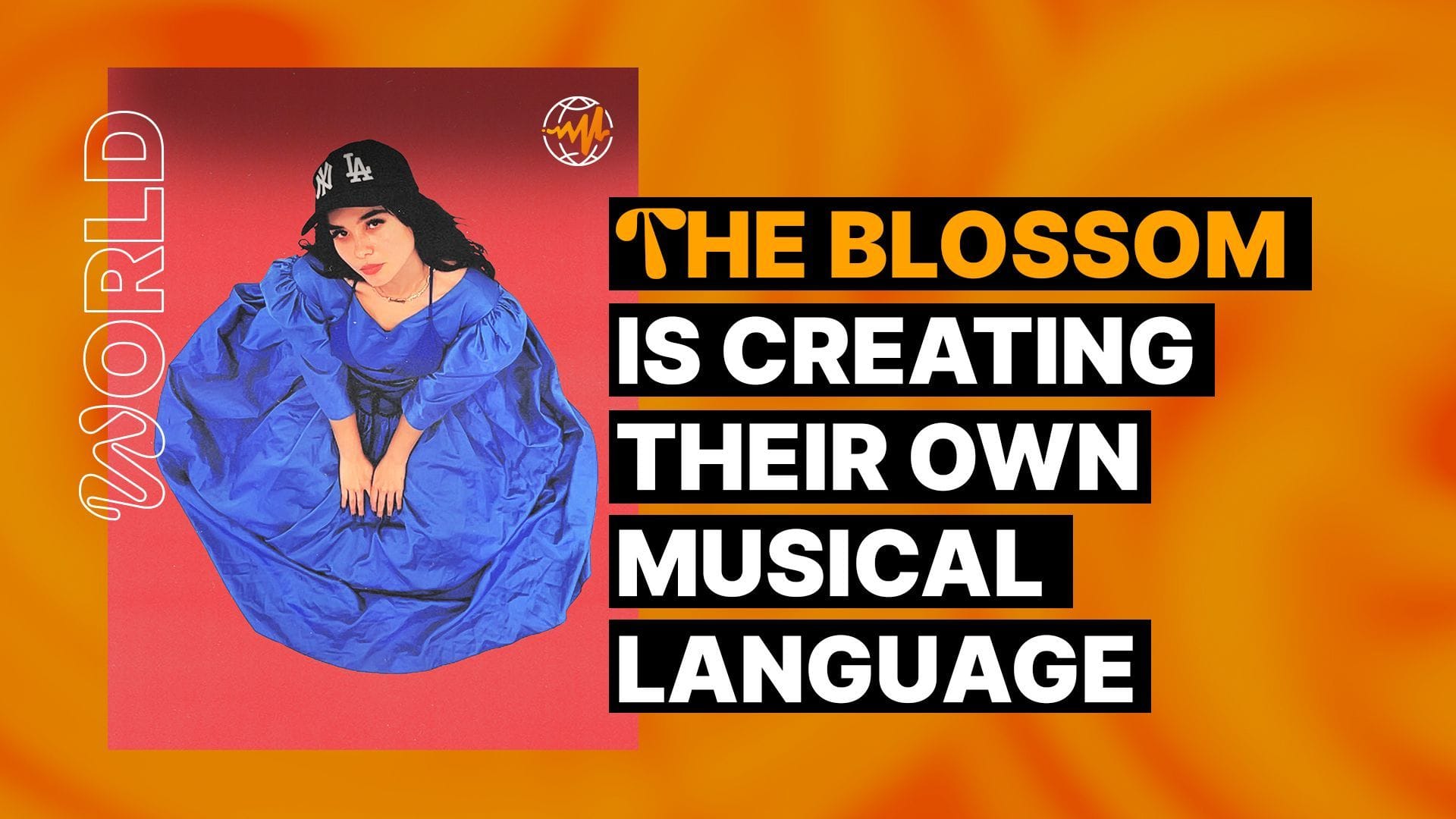 THE BLOSSOM has no taste for genre. Based in Los Angeles and raised in Sydney and New York, their music is an amalgamation of influences ranging from grunge to hip-hop to indie folk. Across singles like standout “HARDCORE HAPPY,” THE BLOSSOM weaves punk energy with a bubbly personality, allowing the opposing sonic forces to fuel an eruption of color.

Growing up in a creative family, THE BLOSSOM picked up writing and guitar around the age of 10 and never let go. They knew they could sing from that young age, and became obsessed with making music to the point where art became central to their identity. Eventually dropping out of school to pursue music full-time, THE BLOSSOM assures me music is not a hobby but their essence. This intense passion also funnels into the way they handle their business, which comes as naturally to them as the music itself. “I don’t find it daunting, really,” they explain. “I think of it as crucial. I’m thinking about the logistics that go behind the creative process. It goes hand-in-hand.”

Pulling from early memories of The Cure and an appreciation for shoegaze, THE BLOSSOM’s output is nothing short of a headrush. While cultivating their own musical language, they hit on the particular nerves that feed music lovers, that nameless oomph. THE BLOSSOM’s music presents a challenge to the ear, but for those willing to see beyond binaries of art and culture, there is much reward in pressing play. 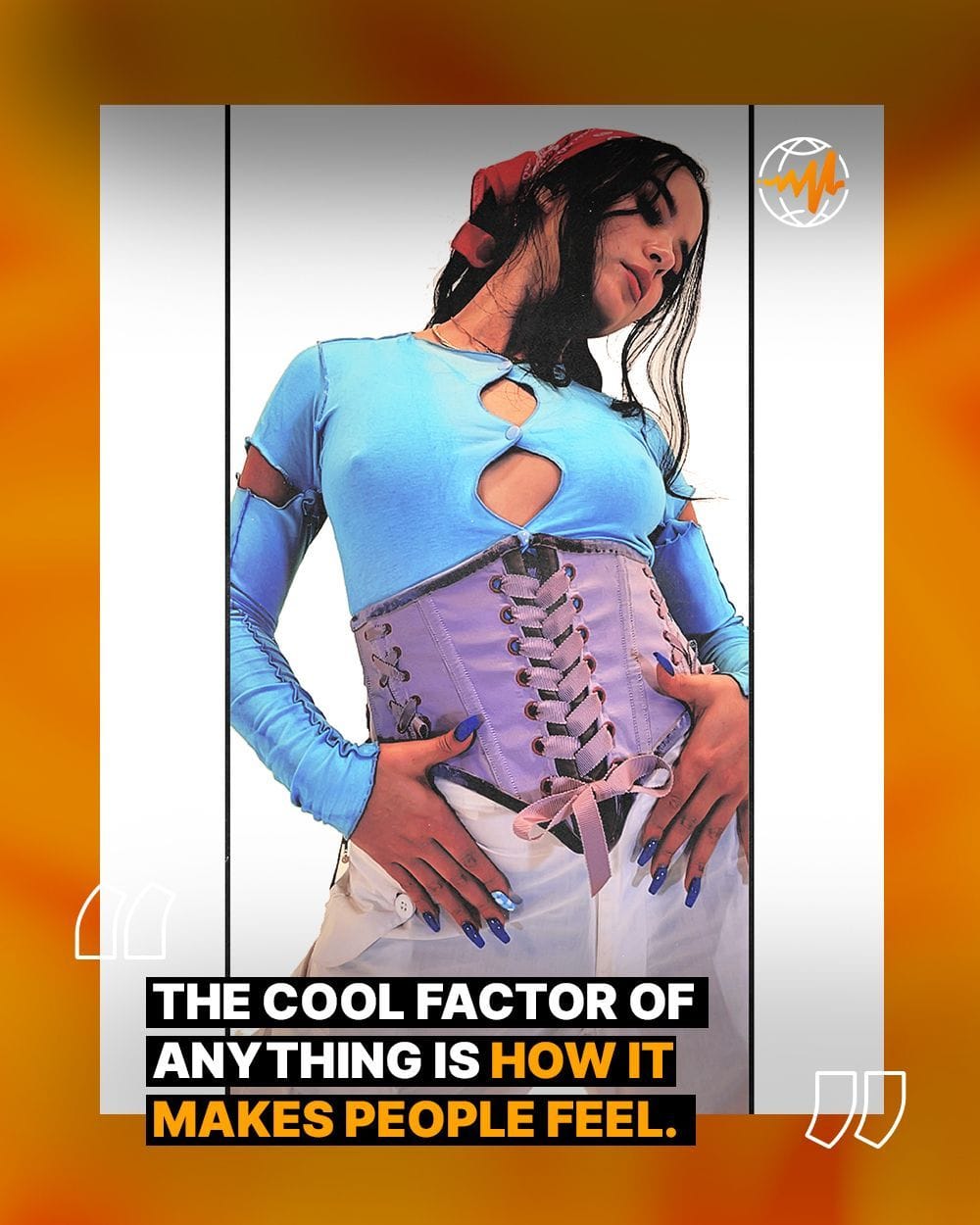 When did you first start singing and writing songs?

I was really young because my whole family is involved in the arts. I started getting into writing around 10. I was fixated—obsessed. It’s all I’ve ever known, really. It was never a hobby. I was never into school; I didn’t even finish high school. Music wasn’t an interest—it was the only thing I had around. I started listening to a lot of The Cure. My brother listened to a lot of rap, and my dad, too. I got into finding music on the internet and learning how to download music. I became self-sufficient as far as discovering music.

How would you define your sound? I get a lot of pop energy, some punk energy, and this overarching bubbly sensation when I listen to a track like “HARDCORE HAPPY.”

I don’t think in terms of genre. I think in terms of what my language is, as far as sound. It’s an amalgamation of everything—grunge, rap, pop, shoegaze, indie. I take those influences and develop my own language heavily rooted in my personality. I recontextualize influences in my own space, but I do lean towards a certain sound. It’s a hybrid collage of rap, indie, and punk. That, to me, has a cohesive energy, but juxtaposing sounds.

How do you know you’ve hit that balance of sounds?

When it feels natural. Yeah, I am blending a lot of opposing sounds. Harsh 808s with electronic sounds, or natural guitar textures. For me, it’s, “Does it speak to me? Does it feel natural?” It has to have some sort of synergy. It does hit a sweet spot for me when it has a duality, and it feels like me. Sometimes it doesn’t work and sometimes it does. That’s the great challenge and what inspires me.

What do you do when it doesn’t work?

That’s what pushes me! My nature is to be inspired by opposing forces, so when it doesn’t work, it propels me forward.

Last month, I had a conversation with the UK’s Lava La Rue about media’s insistence to make queer identities into genres. Where do you stand with that?

I was having this conversation with a friend yesterday. How do we un-define ourselves while defining ourselves? I use my pronouns and I am nonbinary, and I feel like…

A lot of genres are created by gender. You know all those playlists that have “Feminine Power!” in them? I steer clear of that. I don’t think in terms of genre or gender. It’s true that gender is a genre of music, and you can see that. I just know what my message is and who I am, so I operate with blinders on, but also really conscious that I occupy a certain space. 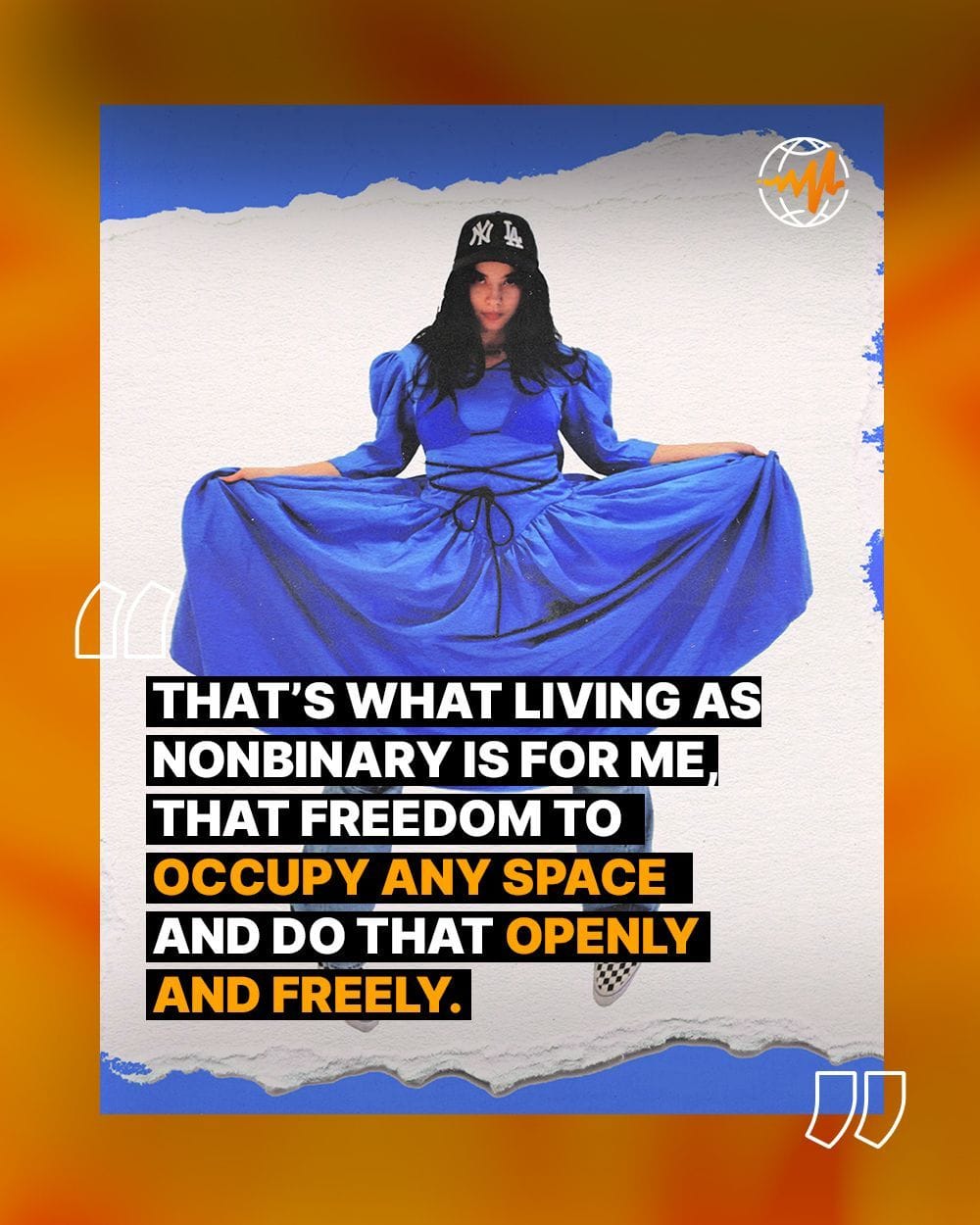 You’re free of bullshit, in a way.

Exactly! I could be on any playlist. I could be on any lineup. That’s what living as nonbinary is for me, that freedom to occupy any space and do that openly and freely. That goes beyond gender and genre, for me. It’s also a mental state of being.

As you’re in this incredible moment of dreams becoming reality, do you find yourself scared of your own success?

I don’t think about anything as good or bad. Something that’s gonna make you happy, there’s another side of it which won’t. It’s a give and a take. A symbol in my music and in my personality is duality. There’s a lot of pain and joy. With validation and people catching wind of my music, it also comes with things that don’t feel so good. That’s okay! You can’t have one without the other.

I need to adopt this mindset…

I’m talking all this shit now, but I have my moments. I definitely cry in bed at night all the time, so don’t worry.

Lastly, releasing music has been democratized in a way, but that has made it even harder for artists to stand out. So, what do you think makes your music so fucking cool?