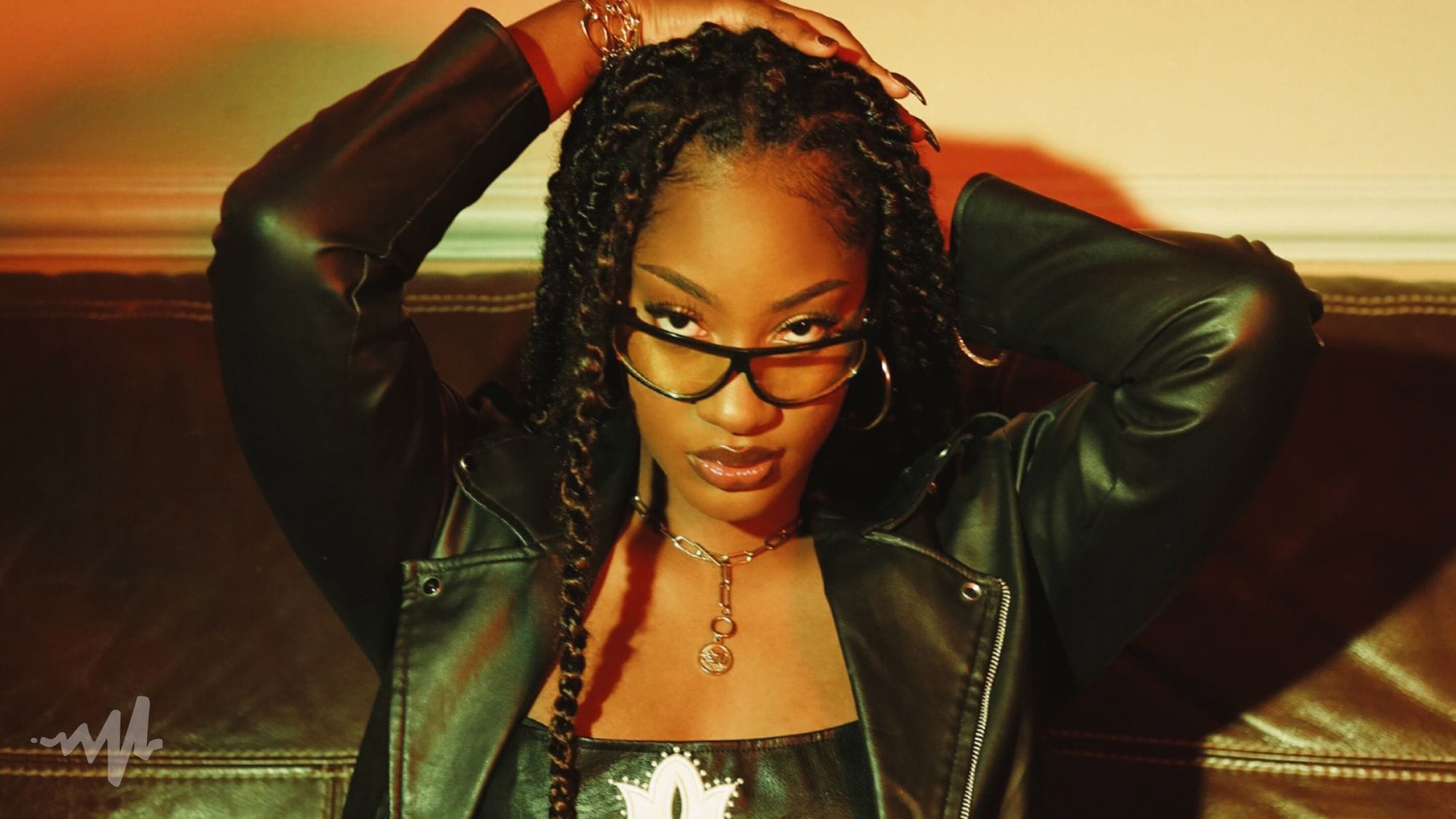 Tems’ power lies in her striking delivery. The Nigerian singer-songwriter and producer’s rich and deep tone commands attention. For the artist born Temilade Openiyi, taking time to perfect her craft means everything. Despite her early experimentation with guitars and pianos at age 12, she actually took a leap of faith years later, quitting her marketing job in 2018 to release her debut single, “Mr. Rebel.”

Fans have likened Tems’ voice to that of an angel’s. “Mr. Rebel” garnered two Headies nominations in 2019, for Best Alternative Song and Best Female Vocal Performance, and signaled Tems’ arrival. However, the 2019 release of “Try Me,” a song Tems began working on in 2016, truly demonstrated the power of her meteoric rise. “Try Me” has racked up over seven million streams to date on Audiomack and dominated social media platforms.

After cultivating her own band of “Rebel Gang” members (her fanbase) and collaborating with global giants such as Khalid and Davido, Tems went to work on her debut EP For Broken Ears, which, after six months of recording, arrived on September 25, 2020. The EP quickly garnered critical acclaim both in Nigeria and stateside. 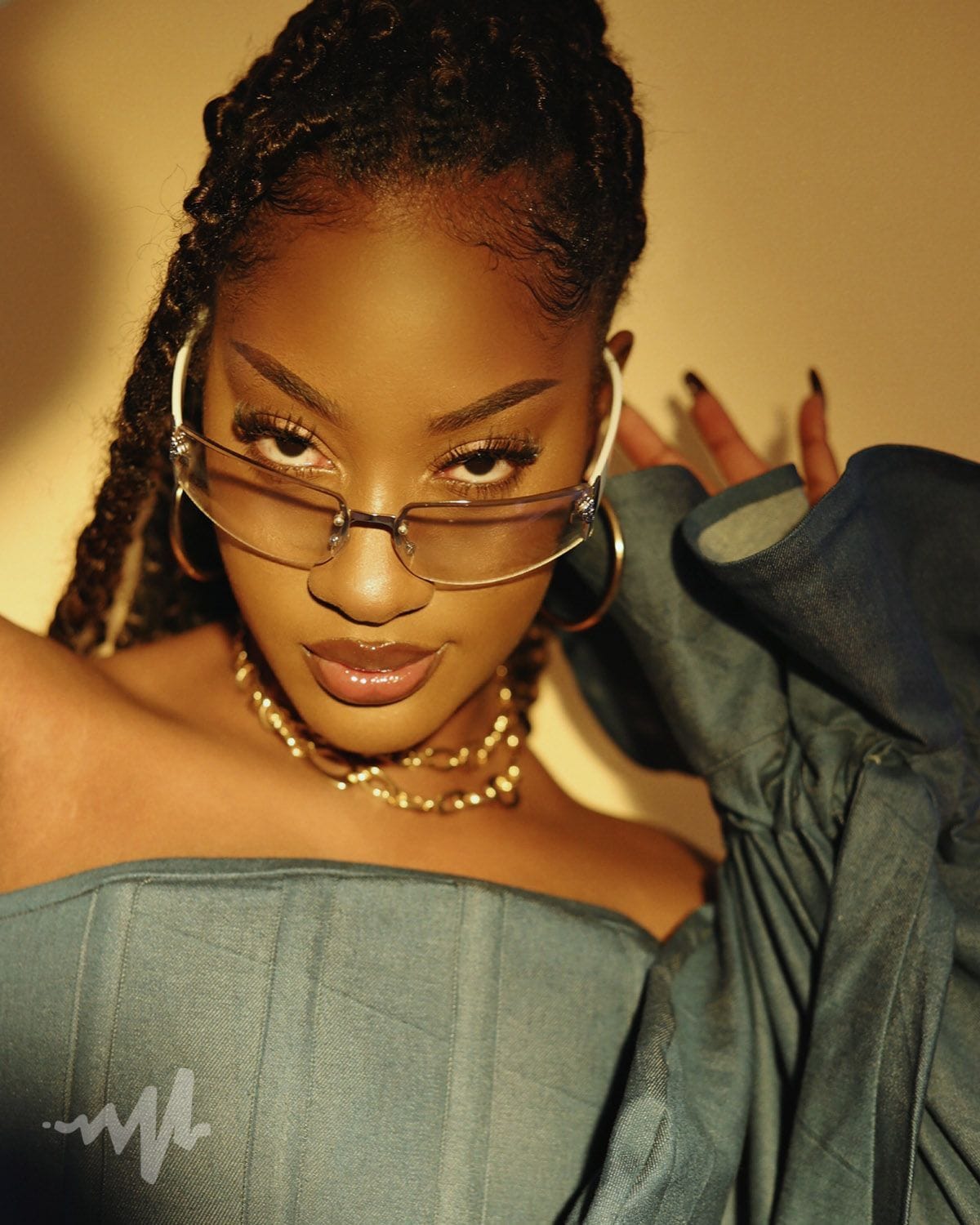 “I wanted people to look inwards,” Tems explains of the EP. “I was looking inwards; it was my release. It’s like a journey, and it’s me expressing myself so that other people can find peace and healing or see things they didn’t see before. It is about showing people they can be who they are truly, without the masks and pretenses. You are a human being, and you can find yourself.”

Rooted in “peace,” For Broken Ears looks for clarity on a song like “Higher,” her voice sounding even more mature than before. Tems prioritizes herself and her mental health on “Free Mind,” the introspective number showcasing the singer at her most vulnerable.

You seem to be extremely spiritual. Talk to me about some songs in your youth that you resonated with on such a level?

Frank Ocean played a huge part; the first song that I’d heard by him was “Swim Good.” I used to also listen to Lil Wayne and Aaliyah. Lauryn Hill’s “I Gotta Find Peace of Mind” was very, very spiritual [to me]. I could feel the energy on it. Songs like those made me want to release. The songs that all of these artists sing are releases and the expression of their spirits. I felt it, and I felt like I wanted to do this too, express myself so purely. I love music, and I can’t even explain my love for it. It makes me feel and connect, and I appreciate what it does for me and the power of music. 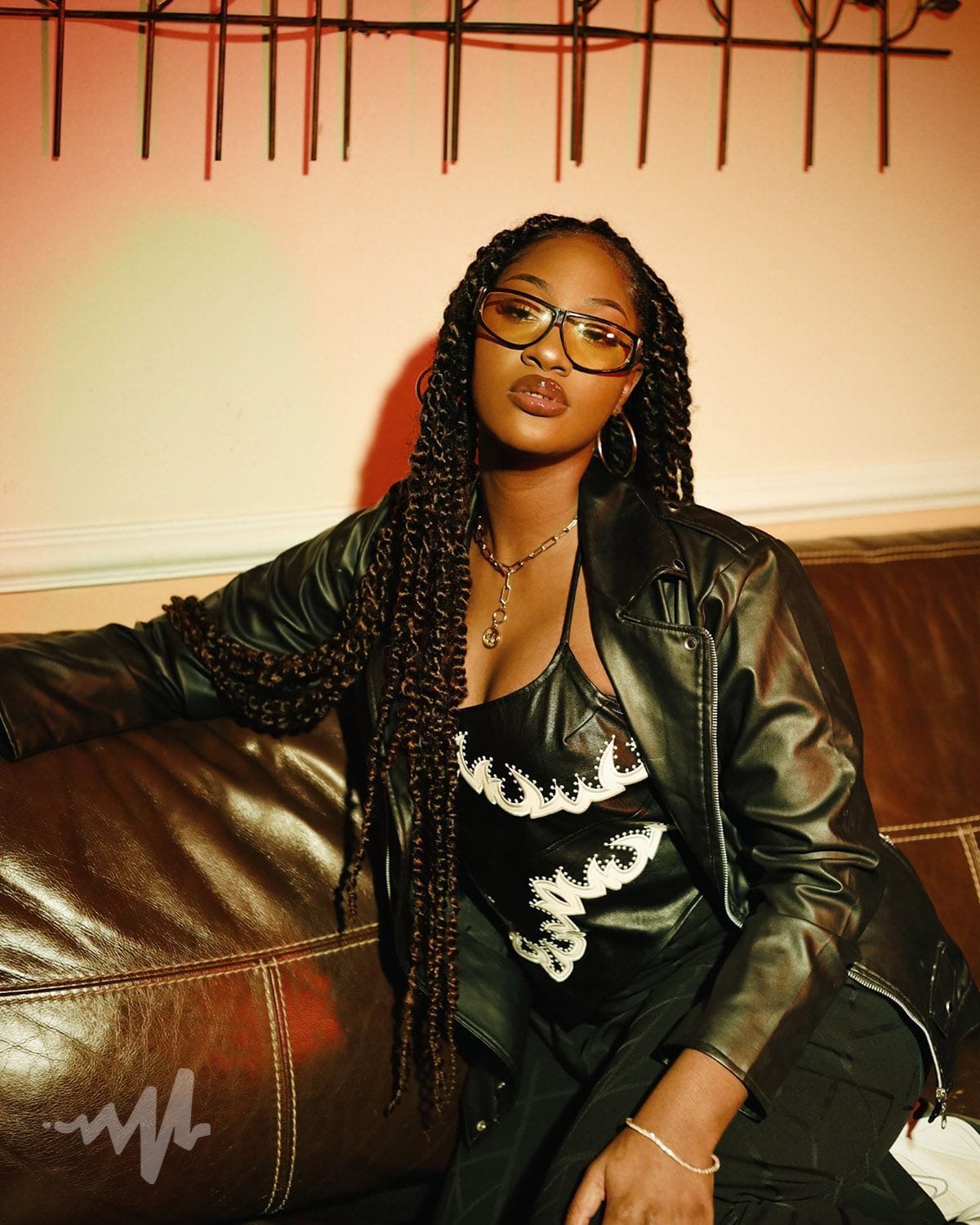 I know you started singing in your early youth but talk to me about your relationship with production.

I got exposed to a couple of studios, and I met a few producers and started seeing the process of music being made. It made me question, “What is this?” I’d been only exploring piano and guitar at the time, and now you’re telling me I can do more than I’m already doing?

I tried to get a couple of producers, but there’s a particular sound I wanted to express on my own terms, not based on anyone else’s sounds. I then learned how to produce my own type of music 20 years later.

What defines you sonically today?

As a producer, I’m still developing myself, and so I’m currently getting access to more things and being able to be more versatile. Not limiting yourself is what’s very important. 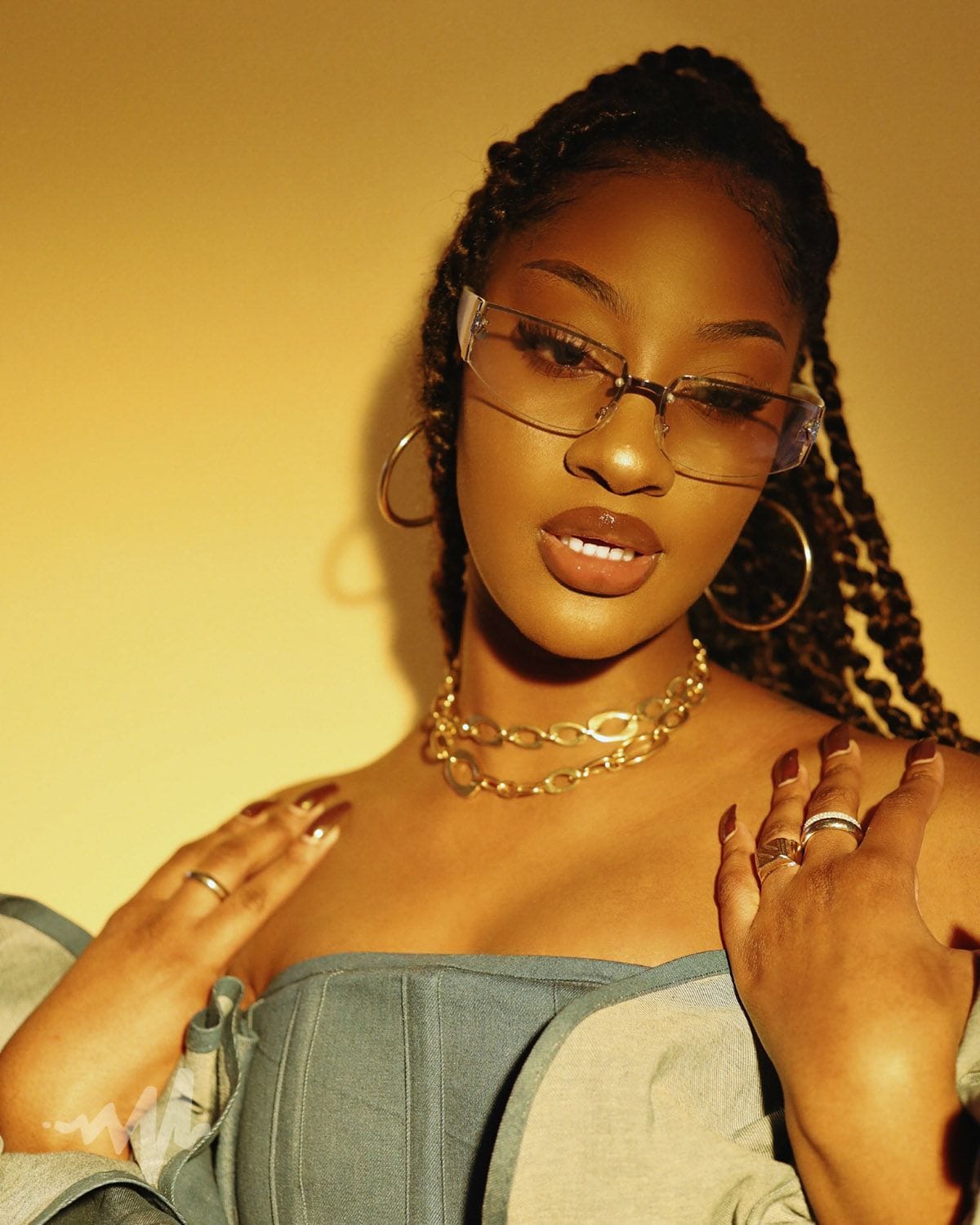 How does it feel to be a woman in the production space?

I feel hopeful. I’m not going to be the last person to do this. I feel amazing to be a woman in this space. There shouldn’t be any limits for any type of reason. Being a woman is not a reason to not be here. Now, more women are wanting to be themselves for various reasons as the world is progressing. More people are being who they are, tapping into uncharted territory. I’m proud to be one of those people.

You produced a large part of your debut EP, For Broken Ears, which many have called cathartic.

I wanted people to look inwards. I was looking inwards; it was my release. It’s like a journey, and it’s me expressing myself so that other people can find peace and healing or see things they didn’t see before. It is about showing people they can be who they are truly, without the masks and pretenses. You are a human being, and you can find yourself. 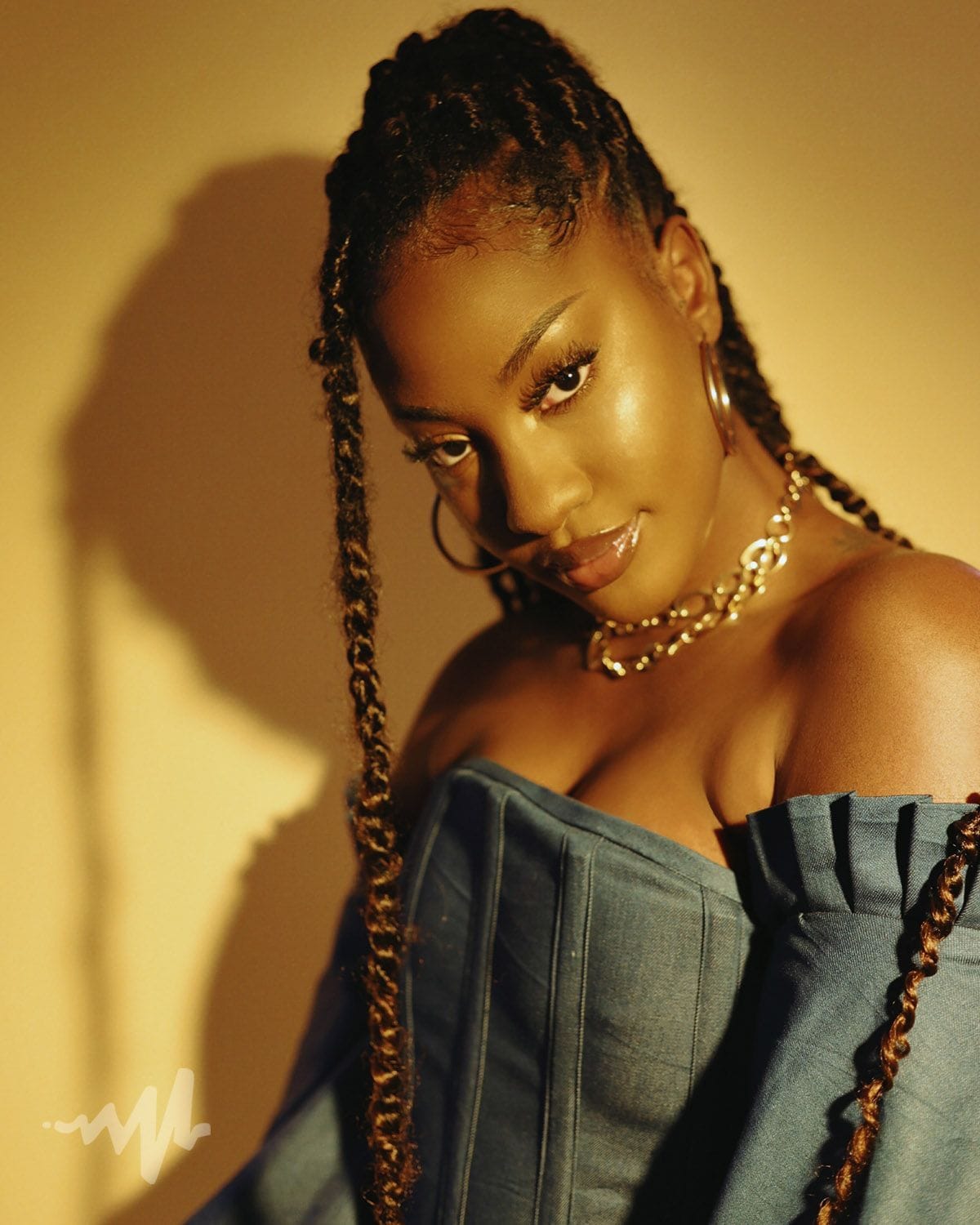 You mentioned the concept of introspection. What were some things you learned about yourself during the recording process?

I’ve learned to be unapologetic. I’ve also learned to fully go with my spirit and block anything else out because I’ve understood that nothing is going to stop me from being who I am, and I’m just going to kill it. I’m going to obviously learn along the way, but it’s an adventure. I’m looking forward to it and just being myself no matter what comes my way. It could look like a storm, but nothing is going to stop me.

Where does your strong sense of identity and self come from?

It’s from seeking God. It’s from seeking freedom. There’s a lot of misconstruing—the world is run on that. It’s about seeking light because you’re going to find it, but people are so scared to seek it originally. It’s about being awake and being alive and aware that you’re a human being. It’s an internal thing. I want to continue knowing more about myself.

As a Nigerian, how do you feel about the music coming from your country right now and genres such as Alté and Nigerian Pop transcending borders?

I feel blessed, and I believe Nigerians are blessed. There’s hope amongst all of the chaos. Even when totally crazy things have happened, there’s still hope; there’s still light. That is because of the amazing talent that has been coming out of Nigeria for years. I feel proud to now be one of those people. 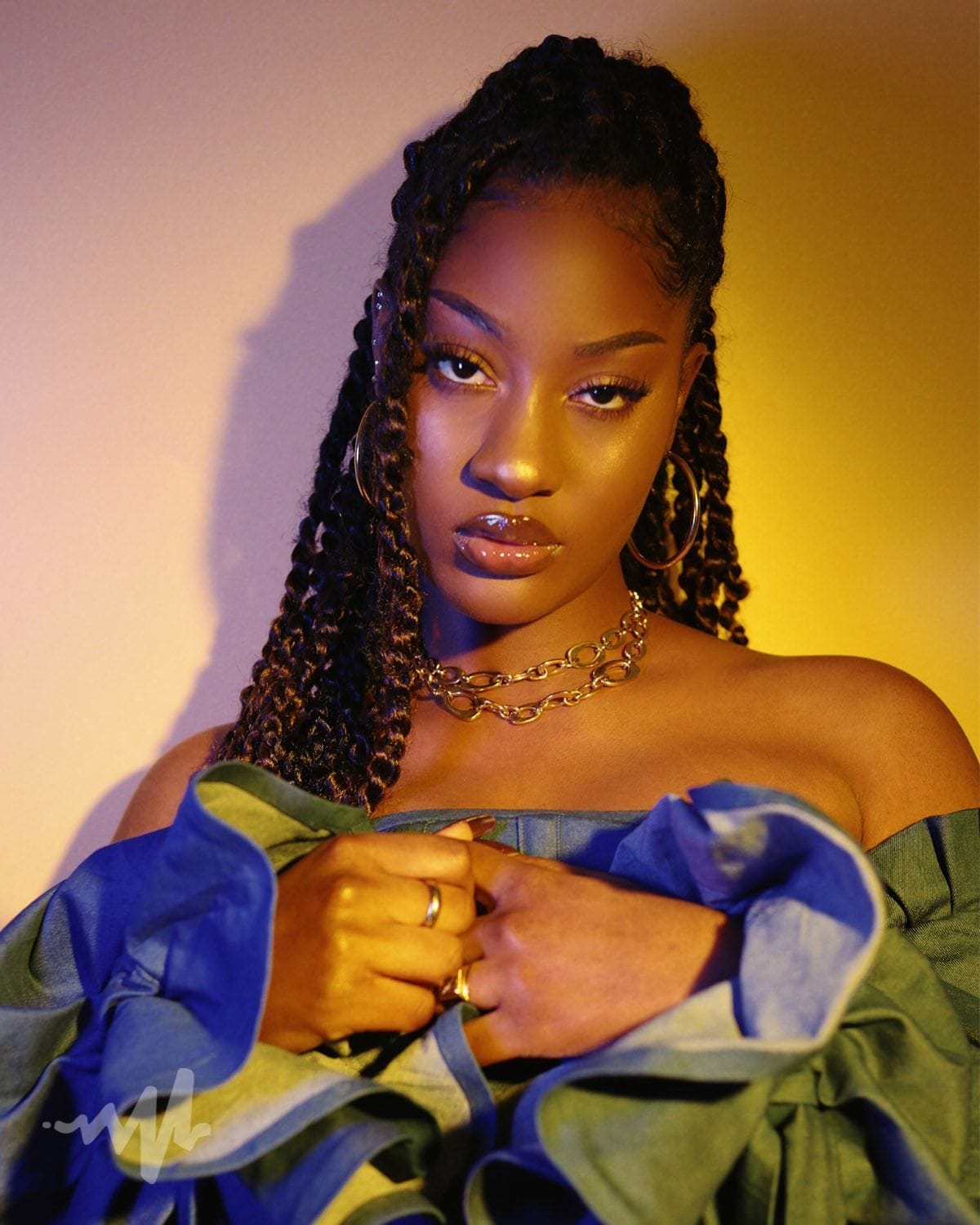 Speaking of hope, I know you recently experienced the #EndSARS movement. How do you feel today about what’s happened in the aftermath?

That experience and everything that happened in that time exposed us to ourselves and to the world and vice-versa. I don’t think people have persevered or been so motivated or passionate and together in a long time. It just exposed what we are actually dealing with. Now, we have more context to what’s really going on. We can now work according to the new context we now have with what’s happening in our country, in our world. It’s better now because more people are waking up and learning more about themselves, so now they can choose exactly where they want to be.

I can’t predict what’s going to happen, but I just know that anything is still possible regardless of whatever happens. There’s nothing that can stop anyone who wants to move. They just need to actualize that.