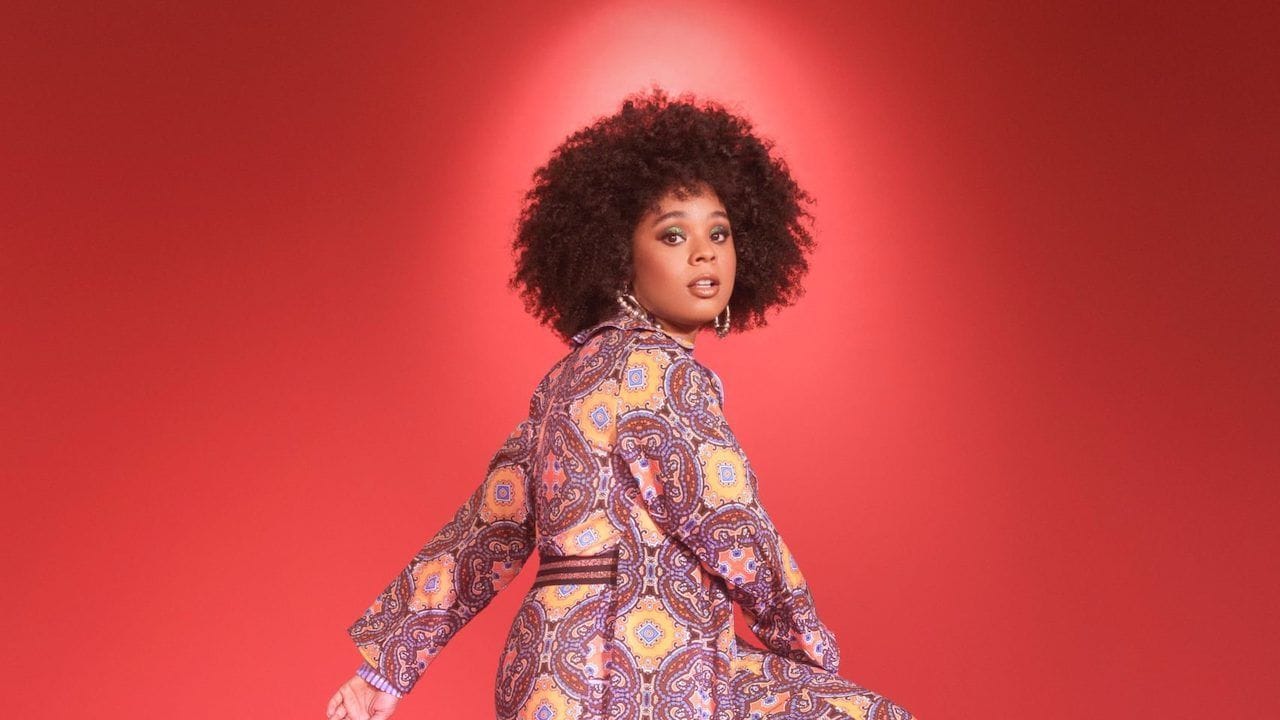 If you were to say you haven’t heard any music by Dallas-born Tayla Parx, you’d be lying without even knowing it. While you may not recall streaming songs performed by the “Homiesexual” artist herself, we’re positive you’ve heard her hits “thank u, next” by Ariana Grande, “Love Lies” by Khalid and Normani, or even “High Hopes” by Panic! At The Disco. Most recently, Parx was widely recognized for her credits on Grande’s Positions album for “POV,” “34+35,” “My Hair,” and “Love Language.”

After a nudge to pursue both acting and singing from the legendary Debbie Allen, who took notice of her rare talents during her time at the Debbie Allen Dance Academy, Tayla was soon on her way to stardom. No stranger to the spotlight, Parx was a child actor in Gilmore Girls, Everybody Hates Chris, True Jackson, VP with Keke Palmer, and starred in Hairspray alongside Queen Latifah. The now 27-year-old is stepping into her own well-deserved limelight with lustful lyrics and melodic storylines to demonstrate her journey as a lover, friend, and human being.

“Coping Mechanisms is about being bare in my emotions and in this whole cycle in life,” Tayla admits in our phone interview about her second studio album. “It’s about bringing it back to the basics.” Her sophomore album, released in November 2020, further solidified her spot in the music industry as more than one of the most sought-after songwriters. With singles “Fixerupper,” “Residue,” and “Dance Alone,” Coping Mechanisms gives fans, also known as Taylatotts, a refreshing sense of self, security, and sensuality for all to empathize with. 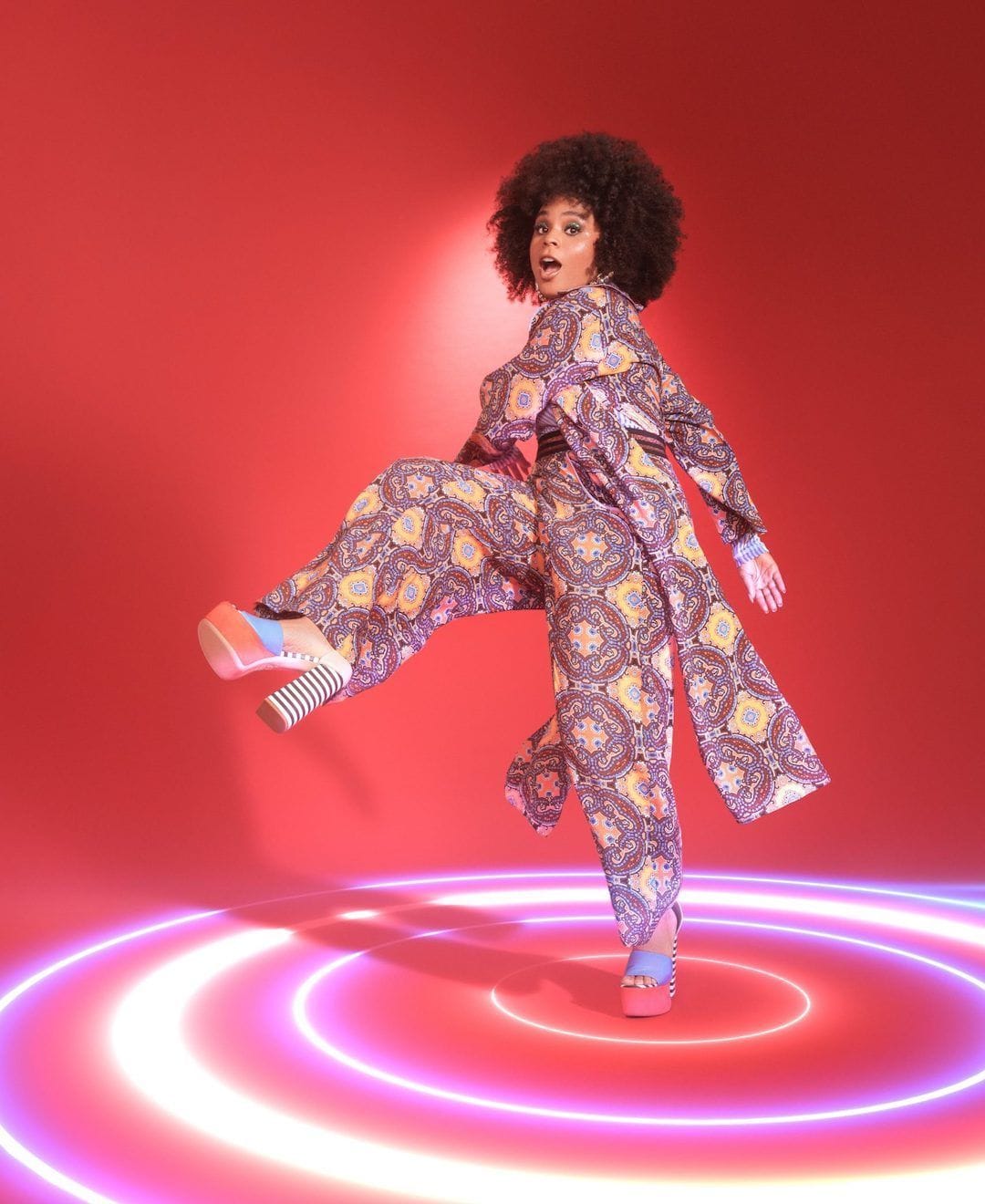 Who is Tayla Parx?

It’s evolved so much over the years, and it’s always changing every time I have a crazy life experience or every time I learn something new. I would say it starts with the basics. I’m a daughter, best friend, curious being, and I think those are a few things that describe me, but I’m just honestly a young Black woman from Texas out here doing my thing.

What are some of the key skills you learned as a songwriter that translated into your journey as an artist?

Do you believe songwriters are underappreciated or not as valued as they should be or are songwriters finally getting the recognition they deserve?

Most definitely, songwriters are finally getting the recognition they deserve! First of all, you have a lot of artists being responsible with their words and shedding a light on some of the people that are helping them achieve some of these amazing accomplishments. Same thing with streaming platforms and the ability to connect directly online. You have podcasts that songwriters are creating and all of these different fun ways [to connect] because all of a sudden, people wanted to know who’s behind some of their favorite songs.

Not just the famous vehicle, but the people who actually created it, whether they created it separately or with that artist. We’re making some strong strides towards that being a normal thing. Even in the past three or four years, and definitely, when I first started as a songwriter, it was unheard of. I’m proud to be part of the industry at the moment, where it’s changing so much for songwriters.

How does your artistry allow you to explore the nuances of your bisexual identity?

My artistry definitely gave me the freedom to start to show the sexual fluidity I have. I always had the ability to write for girls and guys, for instance. Even in my mind, it was something that was not about the gender of this person. It’s about the emotion they are trying to portray. As an artist, I went to it saying I’m not going to say “him” or “her” because sometimes I’m singing about a guy, and sometimes I’m singing about a girl.

I’ve been very open about that, but I also never wanted to take my Taylatotts out of that experience for who that song might be about to them because I know that sometimes it changes. It’s important for me to have my fans be able to be in that experience of me discovering myself as well as accepting the change that comes when you inevitably evolve.

Do you believe there’s more work to be done as far as representation in the queer community in music and entertainment?

Yes. We’ve been seeing a lot of it start now. I’m with the Black Music Committee with the GRAMMYs, and we’re making strides to try to make sure we have more Black people voting for the GRAMMYs. Same thing with more young Black women understanding the power their voice holds.

That’s something I wish I had more of as a young kid: [to] be able to say, “Whoa, there’s somebody that also is fluid with their sexuality. There’s somebody who’s also a young Black woman trying to achieve her goals.” A massive part of the things I’ve been able to accomplish is being able to influence the next [generation of] people and creators.

Talk to me about Coping Mechanisms. How did your creative process for this project differ from your process for We Need To Talk?

Coming off of the We Need To Talk tour was my moment to finish Coping Mechanisms, and it was honestly the perfect time to just hunker down because I had to cancel my Paris show. I came home and took it back to square one in my [home] studio. Being able to engineer myself again, being able to figure it out and have that moment to myself... You are able to hear me cope throughout this album and work through emotional changes that were happening for me.

How did creating, writing, and being in the studio work hand-in-hand with managing your mental health during the pandemic?

It starts with having that mindfulness. When you practice mindfulness, you can practice being able to be present, whether it’s being present in an emotion, a feeling, or in a life situation. I was in a moment where I was going back to understanding while never forgetting that I am a young Black woman in a world where… When I first started coming into this music industry, I would look to my left and my right and not see a lot of me. Whether it was a pop room, rock room, country room, these past few years have been showing people these boxes that were placed on me didn’t exist.

I was able to take that in during quarantine and acknowledge that was just one part of me discovering myself. This time, I went through my phases of having green hair and all of those things that were me at the time to me saying, “I love my natural hair and my natural skin as well.” My house is damn near 100% sustainable, and all of these things put me in touch with myself.

When I realized I was able to strip it down from having makeup on all day every day and switching from wigs to wigs... It’s a very scary thing when you feel like you’re getting naked. I don’t mind wearing my naturally curly hair, this is what my natural hair looks like, and I’m letting you in on that experience. I was just open and honest about letting people into my life and not why I was doing it, but how does it make me feel to be bare?