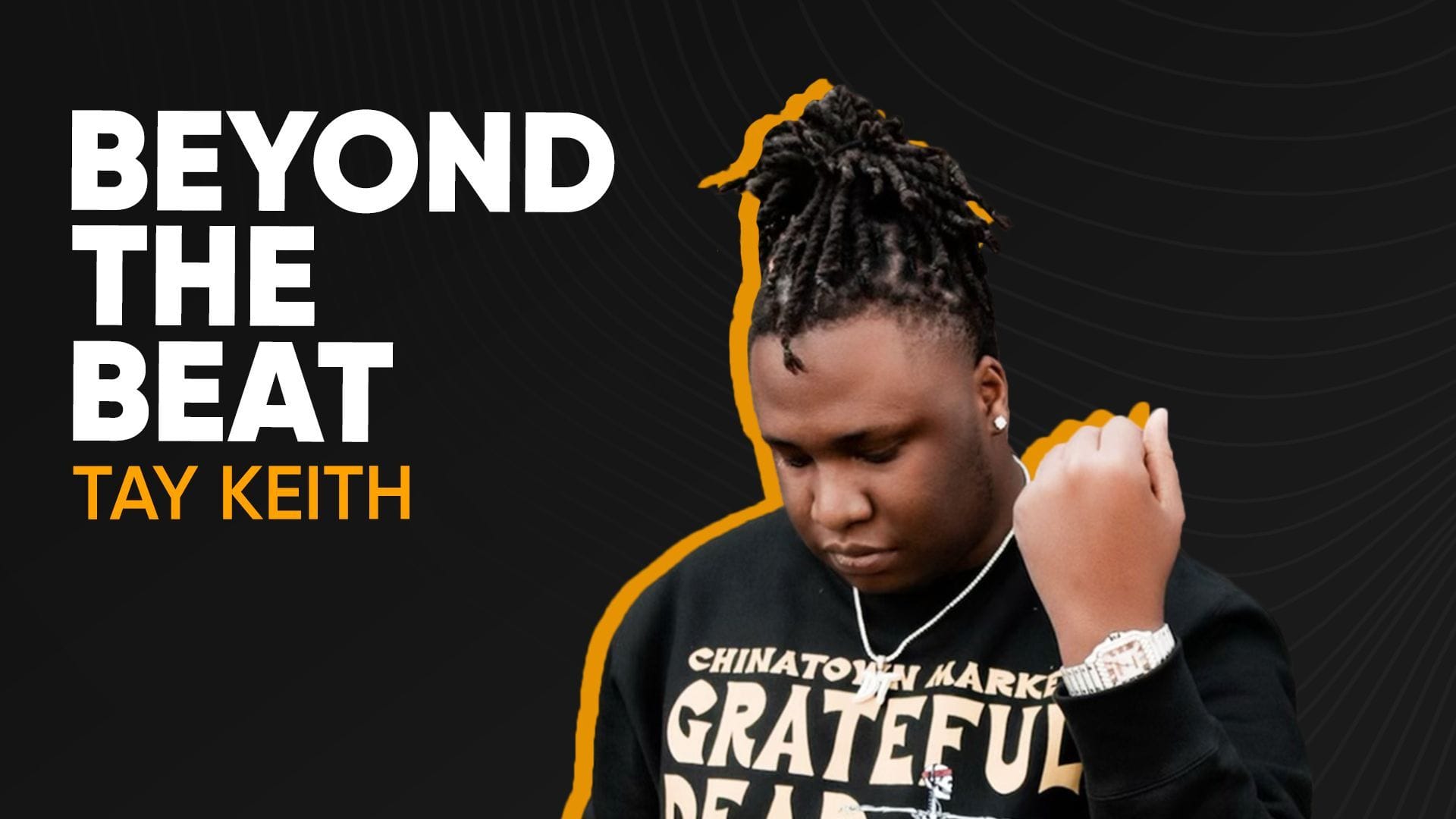 Memphis-bred Tay Keith is a superproducer. At only 24 years old, the beatmaker has made history by charting with big names such as Drake, Cardi B, Beyoncé, and more.

Tay Keith has been making music since he was 14 years old, marketing himself and networking on MySpace. However, it wasn’t until 2018—when Keith produced a record that would become known as “Look Alive” by BlocBoy JB and Drake—that the producer had hip-hop fans around the globe reciting his famous producer tag: “Tay Keith, f**k these n*ggas up!”

In 2021, it’s impossible to turn on the radio without hearing a beat made by the multi-Platinum producer. Whether it’s a hip-hop station playing the latest Moneybagg Yo and Blac Youngsta or a pop station playing Miley Cyrus, Tay Keith’s influence on this generation’s music is undeniable.

For the latest episode of Audiomack’s Beyond the Beat series, hosted by Billboard Hip-Hop Editor Carl Lamarre, Tay Keith breaks down how he got a chance to work with some of the biggest names in the game, finishing school while pursuing a music career, and his most important tips and gems for upcoming producers.

For more Beyond the Beat with Audiomack, including our last interview with GRAMMY-nominated producer JetsonMade, subscribe to our YouTube channel here.