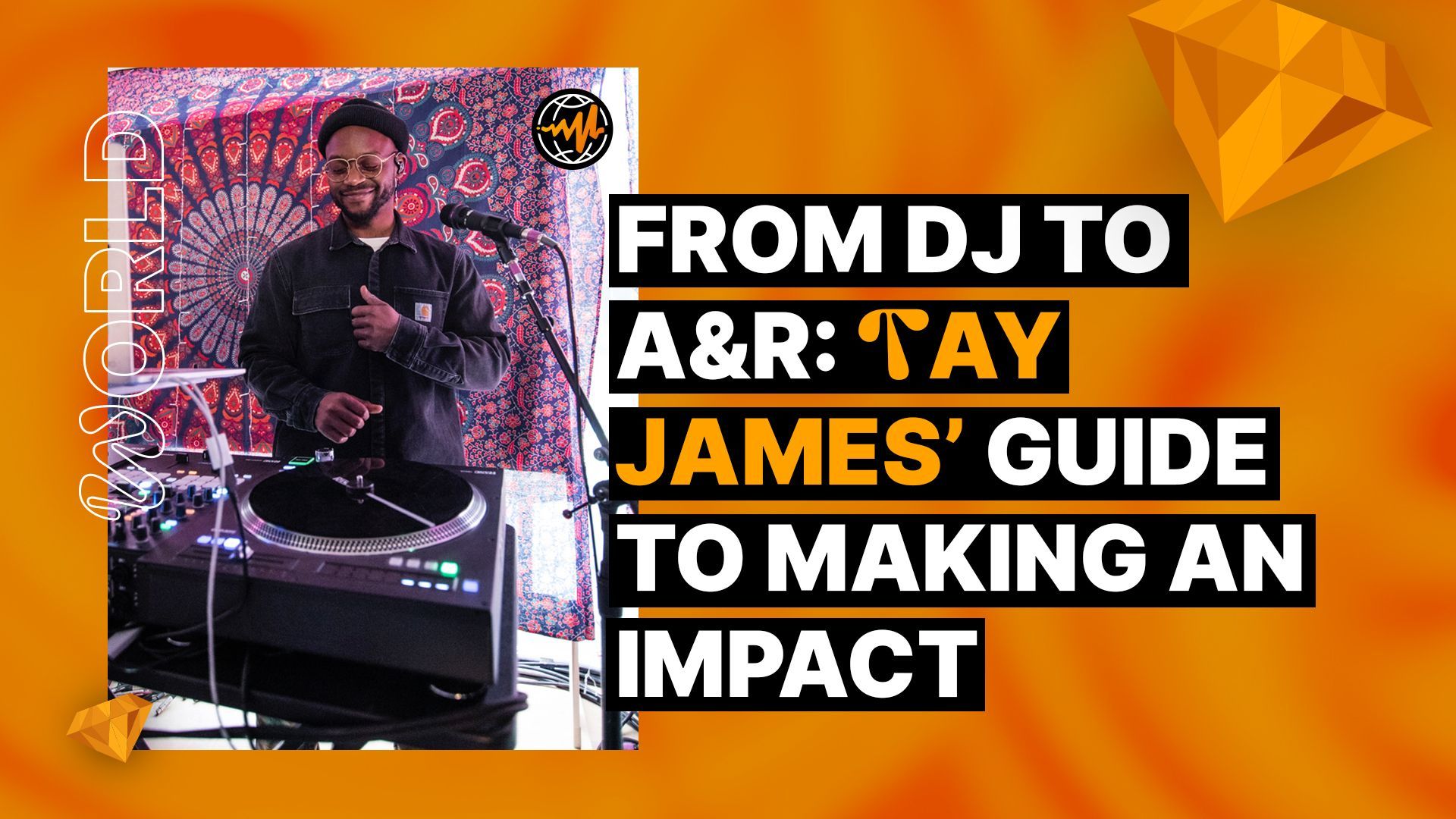 Influenced by his native Baltimore, Tay James took his local culture and his time in college in Virginia and became a trusted collaborator to Justin Bieber. Best known as Bieber’s tour DJ and, most recently, his personal A&R, James prides himself on being the glue of a team, bringing people together as friends and turning that into fruitful business dealings. As he pivots in his career from DJ to A&R, James assures me all his know-how comes from the bedrock of being a DJ—connecting with people, moving people, understanding people.

“Be a team player. Lend a helping hand,” Tay James explains. His cardinal rule in the music industry is simple: move with kindness and authenticity. “Be kind to everyone. You never know who you might impact,” he says.

Through his kindness and years of experience alongside Bieber and traveling the globe, Tay James has mastered the art of making an impact. Whether it’s spinning for one of the biggest pop stars on the planet, or knowing people need that emotional connection to their music, which fuels Bieber’s most recent Justice album, James understands the science behind lasting in the industry. “I feel like I’m preparing a playlist for the world,” he says. James assisted with selecting beats, with an ear to live instrumentation in particular. “With Justice, we wanted to make a project that touched all angles.” 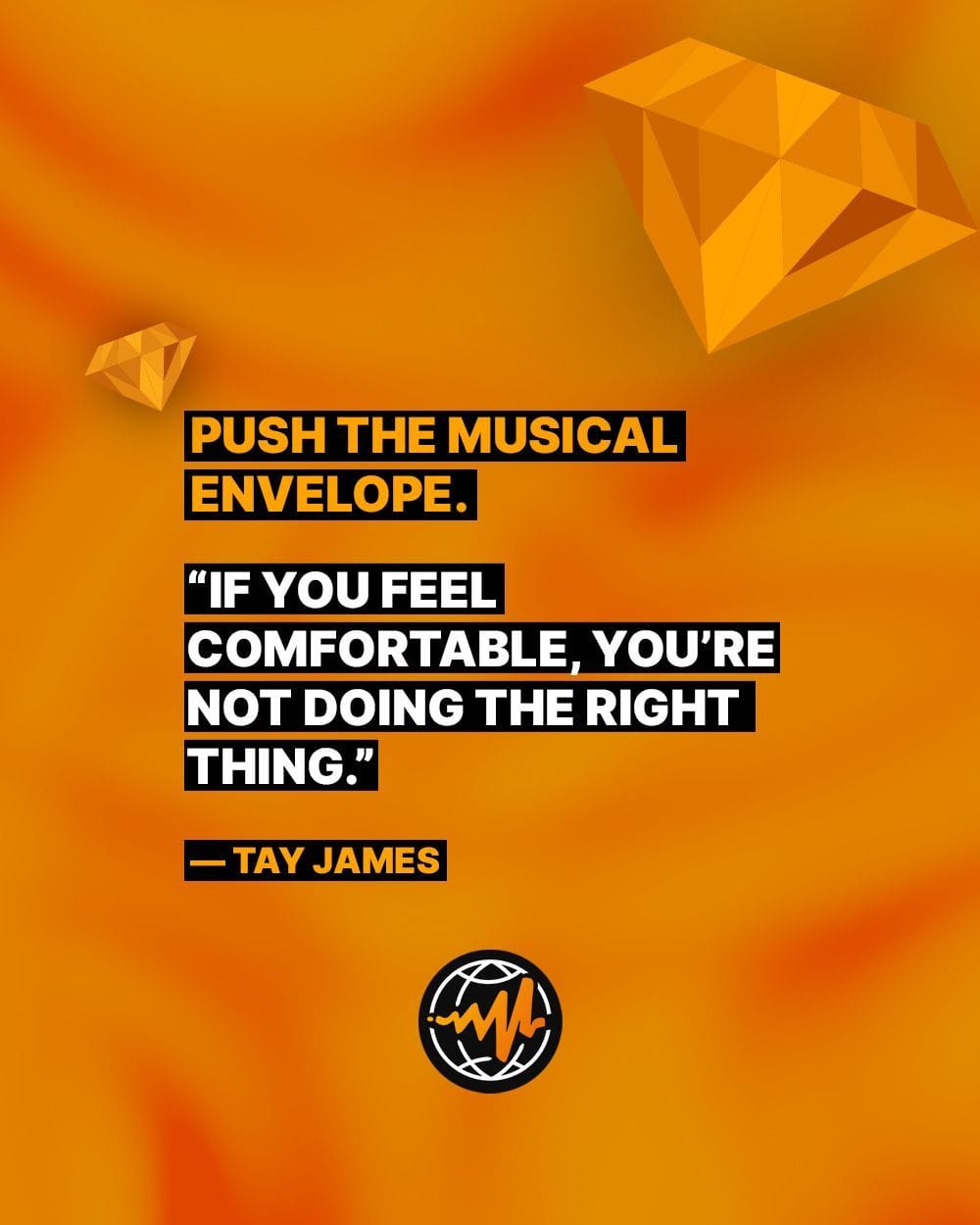 Find the gaps in the market and fill them. “When I first went down to college, mixtapes were huge. I realized there were a lack of mixtapes on my college campus. I created a mixtape and started dropping a series of these throughout my time there. It was a way to get people to [hear] my skills. Me, being a DJ and finding music early, I was able to service all the college campuses in my area. It was a moment; I would walk through campus, and I would hear people playing my mixtapes.

Get your team together early. “First mistake [I made] was not having my team together. I didn’t know how important it was to have management. I didn’t really know what I was getting into when I got on the road with Justin. I was 21, 22, just graduated from college. I felt like I knew what I was doing, but I really didn’t. You want to build a team around you that’s working for your best interest.” 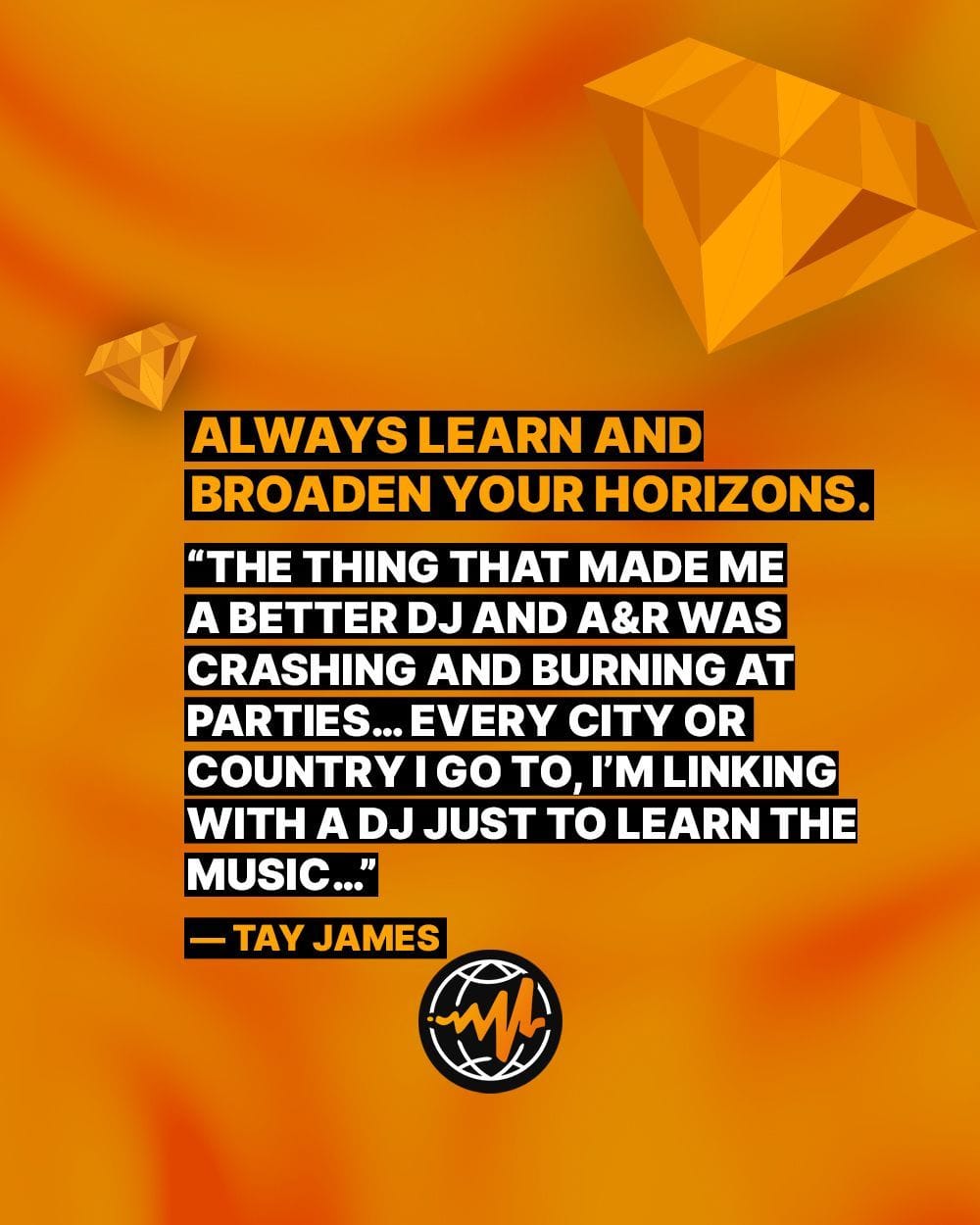 Always learn and broaden your horizons. “The thing that made me a better DJ and A&R was crashing and burning at parties. I would go to parties where I’ve never DJ’d before and play a set and no one’s dancing. You don’t know the lay of the land, so every city or country I go to, I’m linking with a DJ just to learn the music that’s being played [there]. I’m mixing my style with their style, bringing you into my world but also playing music you’re familiar with. It’s easier to the ear.”

Surprise the crowd. “We’re really playing music based on the energy. It’s a science. I remember in college, I’m DJing, and the radio DJ comes in and has a playlist to abide by. This guy would play every hot song, and then it’s up to me to go on after him and figure it out. I was like, ‘What am I gonna play now?’ My mentor said, ‘You’re a DJ; be a DJ.’ I got out of my head. My approach was to trick the crowd. I would play some dancehall, then get back into the hits. Trick their ear, and then go back to playing the other music.”

Use your skills to connect the dots. “[DJing and A&Ring are] two different sciences, but they’re quite similar. For me as an A&R, me and [Justin Bieber] have such a good relationship. I know what melodies he’s looking for, what types of beats he likes. Or, I can reach out to younger producers or people because I know what they’re bringing, and they’re talented. Just like you have an audience at a club, making an album is similar. I feel like I’m preparing a playlist for the world. With Justice, we wanted to make a project that touched all angles.”

“You have to get people to learn and know their emotions more. With Justice, if you notice, it’s more live instrumentation. People forgot what live music sounded like, and that’s something I’m happy we tapped in on. In the pandemic, the world has changed. No one’s at the club anymore, but you still have to make music people are touched by.” 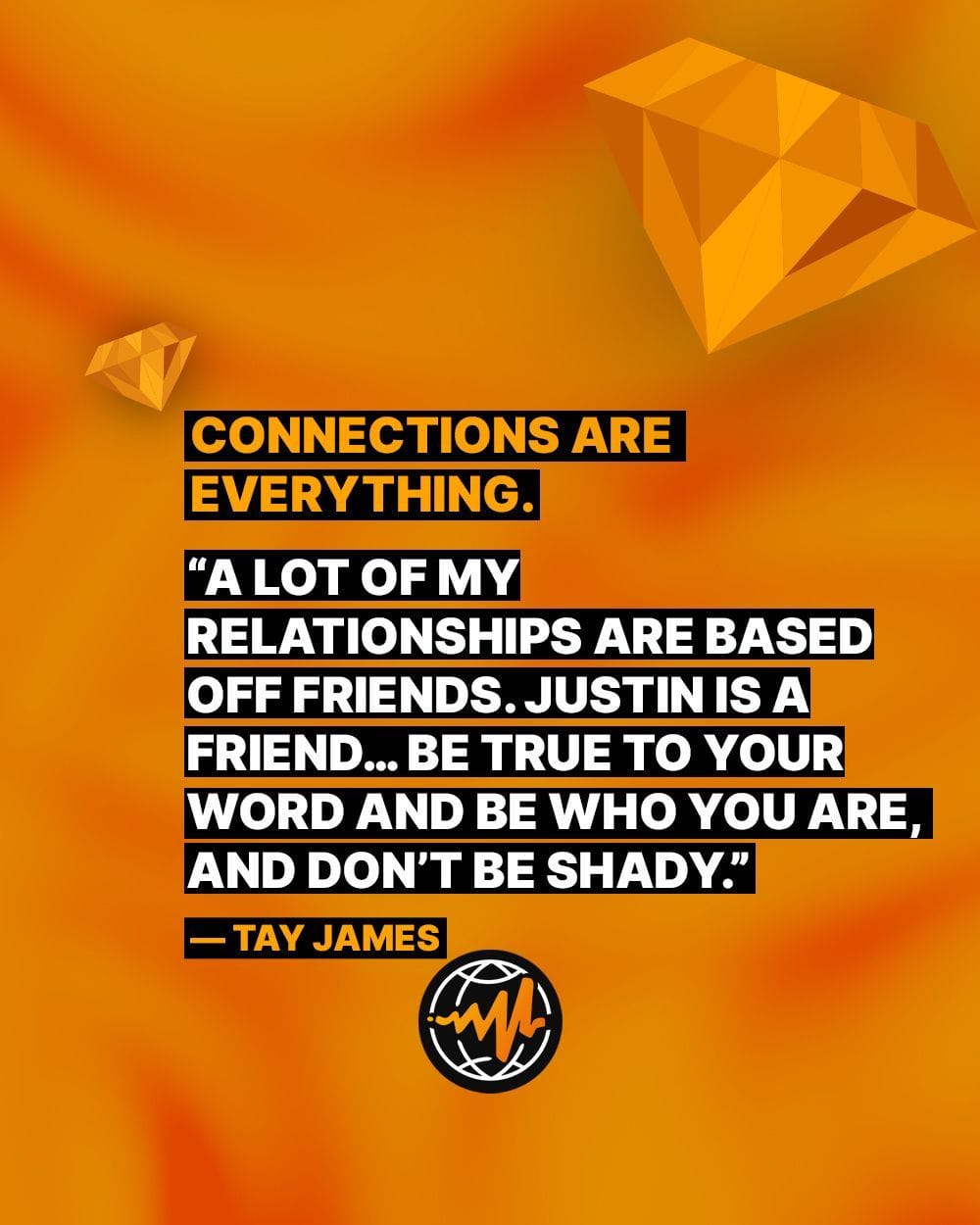 Connections are everything. “I’d been working for [Justin] as a DJ for 10 years, and I’ve been able to connect with [producers]. Through these connections, 10 years later, I’m in a position where I can start working with some of these producers or songwriters I know. The Purpose album, before I was working as an A&R, a few of those records were produced by a good friend I went to college with.

“It’s also about being confident in yourself and being genuine. A lot of my relationships are based on friends. Justin is a friend. We’ve been dealing with each other for a long time. A lot of people I work with closely are friends of mine. So, be true to your word, be who you are, and don’t be shady.”

Photo by We Know The DJ.