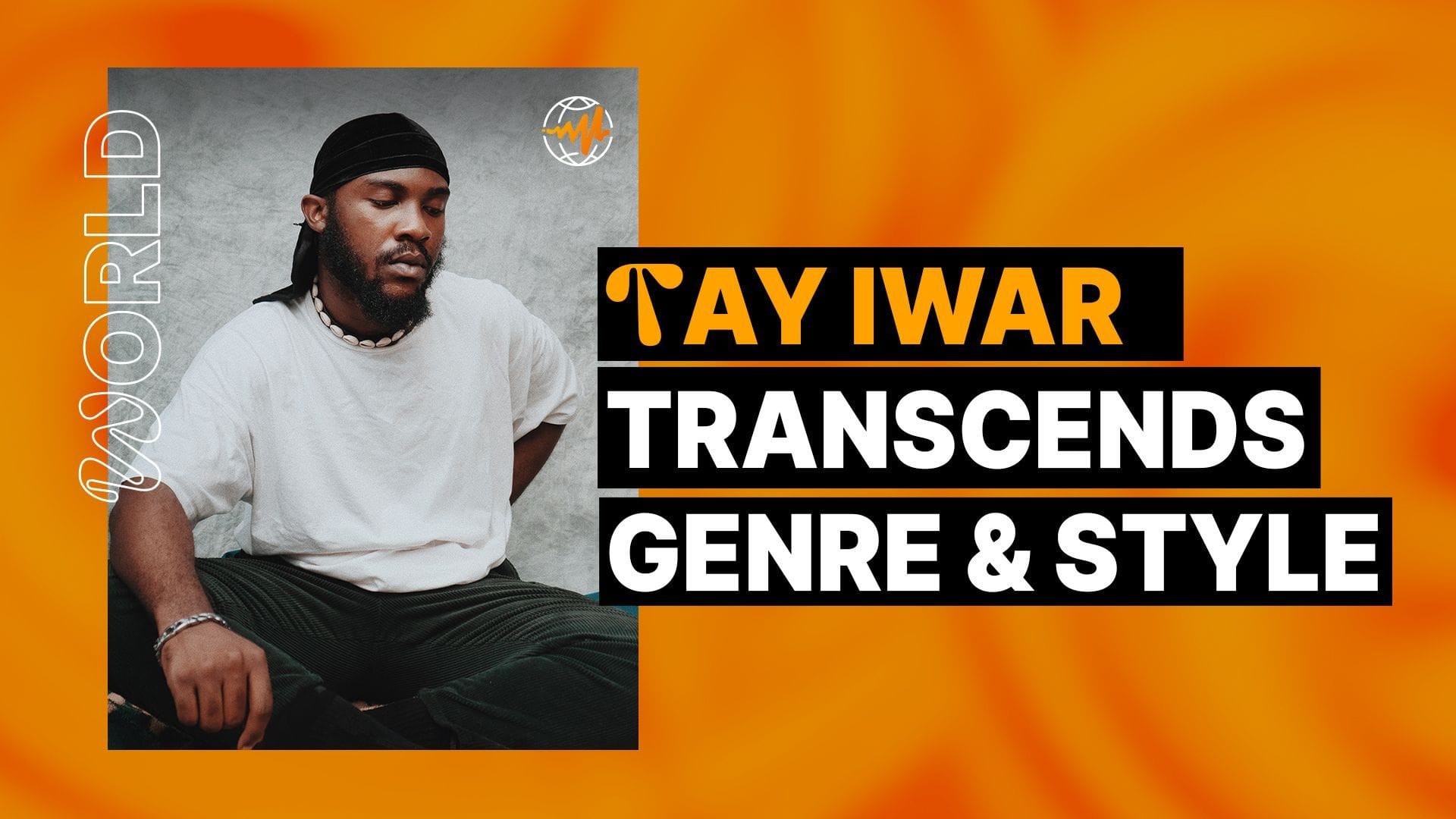 Singer, songwriter, producer, instrumentalist, and sound mixer—to know Tay Iwar is to revel in his talent as an all-around musical maestro. In a time when leaving even the faintest of imprints on the saturated Nigerian music scene is a feat in itself, the 23-year-old multi-hyphenate boasts a catalog that cuts across genres and styles. His first EP, Passport, released in 2014, combines familiar elements of Afrobeats with R&B and soul to create a unique version of “Afro-fusion.” The EP introduced an artist invested in experimentation.

Setting the stage for what we’ve come to know as Nigeria’s vibrant alternative, or alté, scene, Passport placed the then 16-year-old at the epicenter of a new wave of daring acts unburdened by the weight of rules or labels, whose ethos revolve around telling a modern Nigerian coming-of-age story.

Born Austin Iornongu Iwar, Tay was raised in both Lagos and Abuja, with the individualistic and non-conformist nature of the latter playing an important role in shaping his musical DNA. His emotive aesthetic is heavily present in Renascentia, a free compilation LP he released in 2017, and his acclaimed 2019 debut album, Gemini. Tay’s signature vocals have also furnished high-profile collaborations with Wizkid, Juls, M.I Abaga, and more, with collaborations and cross-pollination of sounds blurring the lines that once separated an underground alternative scene from mainstream music. 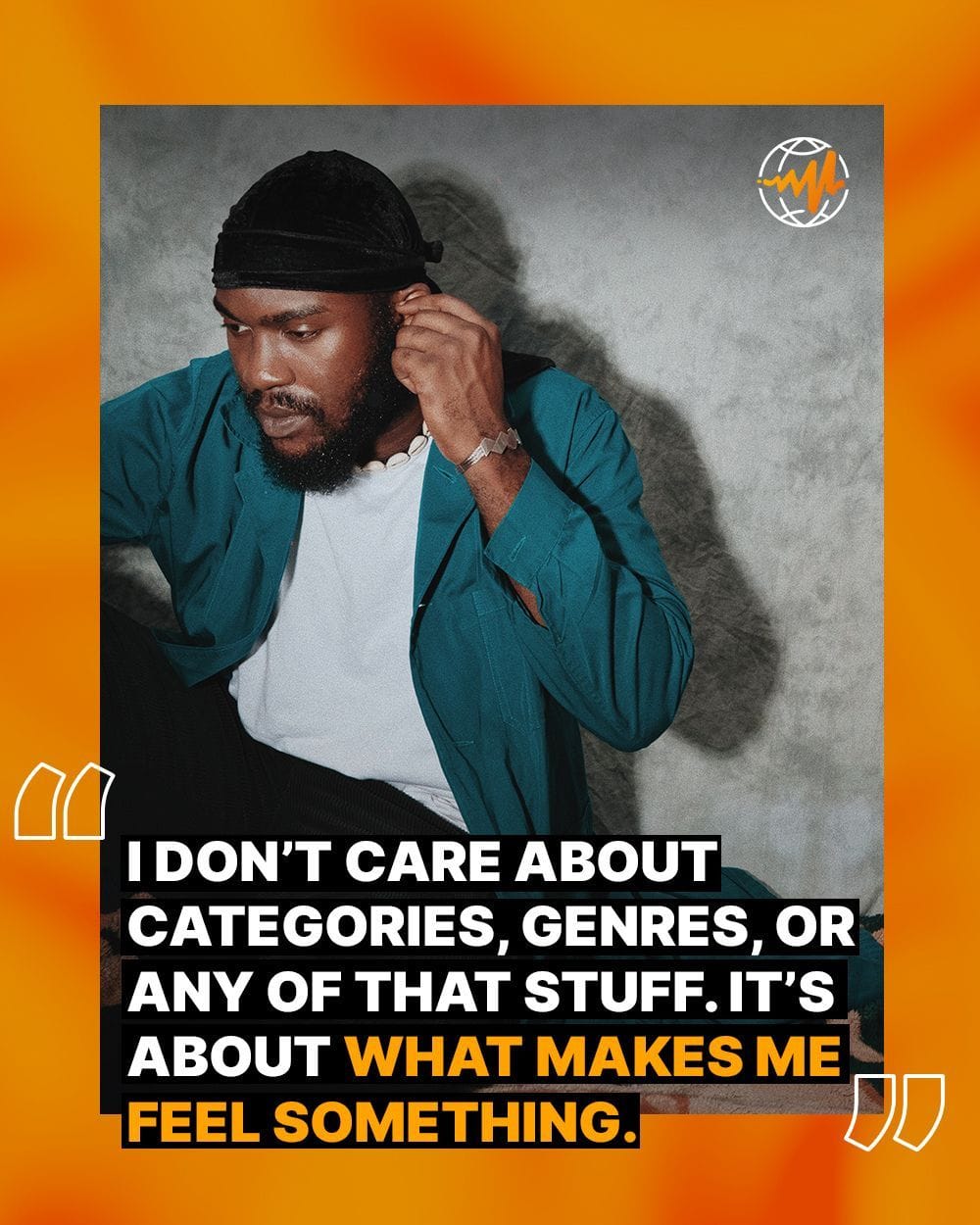 Love & Isolation, his latest offering, takes Tay Iwar’s musical experiments a step further, leaving Afro-fusion behind to create a new sound more true to his maturing voice. Thematic, resonant, and carefully formed, the EP, set against the backdrop of last year’s lockdown, is a statement piece on a global experience.

Do you remember what sparked the musical epiphany that set you off on this career path?

It wasn’t a song for me. It was a moment. I remember it was in secondary school when I sang for a group of people and one of them began to cry. At that moment, I was like, “Oh shit! That’s crazy. I should probably be a musician now or something.”

Even though I wasn’t sure what it meant at the time and I also hadn’t known of all the different aspects of music-making, I knew I didn’t just want to be a singer; I wanted to be a musician.

Growing up in a musical family, you learned how to play the piano at a young age before teaching yourself how to play the guitar. How does being an instrumentalist inform your music-making process?

Being able to play all these instruments influences my work greatly. It helps me approach music from a deeper perspective, and it also makes me self-sufficient. To make a song, I don’t need too many people because I can play the instruments, I can think up the lyrics, and I can sing them too. It also gives me this sense of confidence.

How much of yourself do you pour into these records? And at what point do you draw the line?

With regards to honesty, I don’t think that is a problem for me. When I decide on what I’m singing about in a song, I just go ahead and do it in the best possible way. If that involves revealing truths, then I might do it plainly or find clever ways to put it in the song. It all depends on what works for the record. 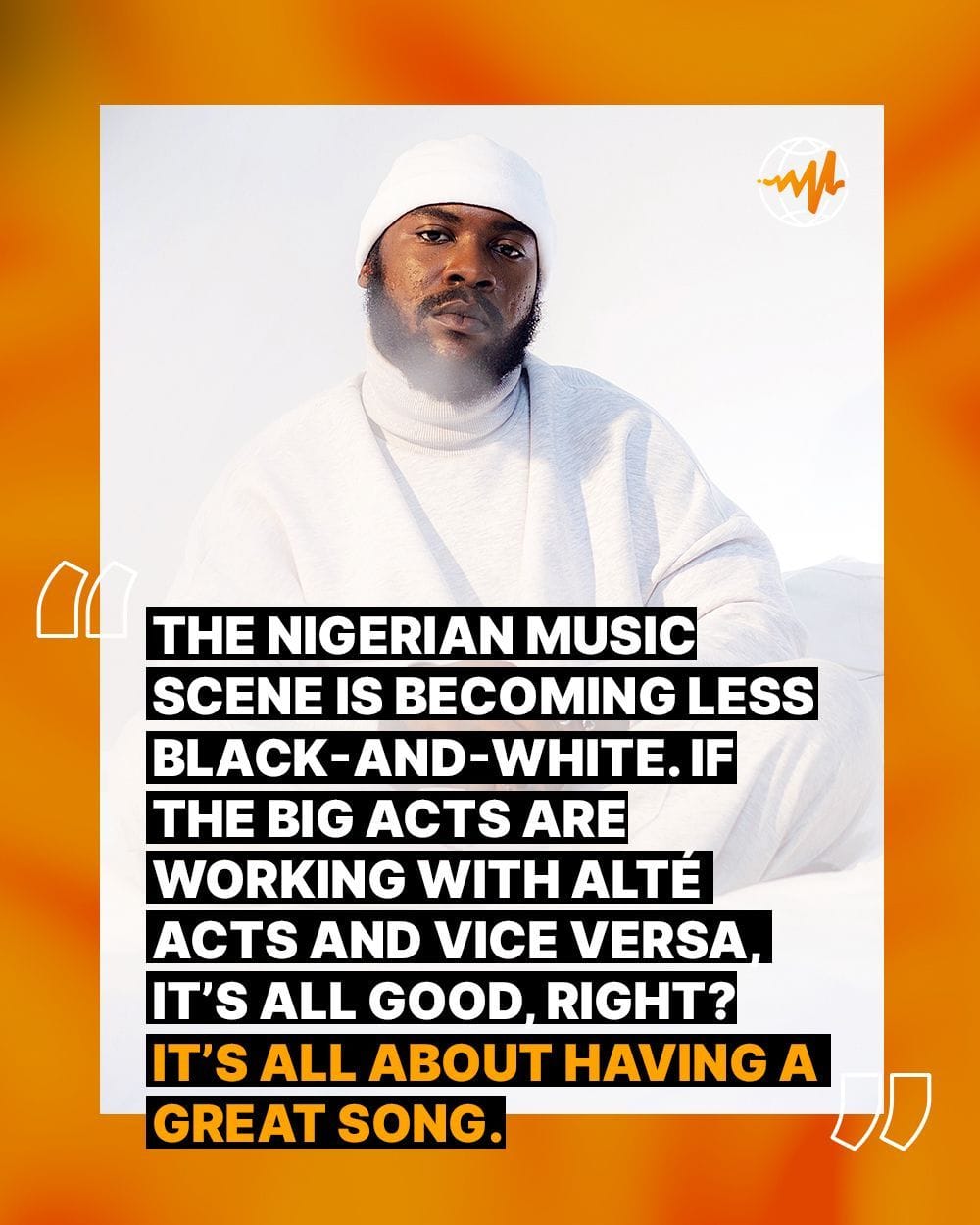 Abuja has become a central plot in your identity as an artist. Your music and the Bantu Collective you formed with your brothers have played an indelible role in positioning the city as a creative hotspot. What would you say is the defining trait of the city’s creative scene? And what does Abuja mean to you?

The distinct thing about the creative scene in Abuja is how it is fueled by individuality and just being unique. Unlike Lagos, we don’t have this big music scene, so there’s no pressure to conform to this commercial beast. Creatives in Abuja are just really true to themselves, and they know exactly what they want to do.

While I was raised partly in Lagos, Abuja will always be my home. It’s just this peaceful place, and I feel like it’s where I should be. I mean, my family and friends are there. Oh, and my dog too.

Collaborations such as the ones yourself and Tems have with Wizkid seem to bridge the initial divide between the alternative scene and mainstream music consumers. What are your thoughts on these collaborations and their impact so far?

I feel like the Nigerian music scene is becoming less black-and-white. Everything is merging, and to be honest, I have no clue what the future holds. I mean, if the big acts are working with alté acts and vice versa, it’s all good in the end, right? It’s all about having a great song.

I’ve also explained before that I am more of a distant relative to the alté scene. It’s like I’m not in it, but I’m still from it. I’ve also reached a point where music is just blended; I don’t care about categories, genres, or any of that stuff. It’s about what makes me feel something. All I’m thinking about is “good music.”

How does this tie in with you initially describing yourself as an Afro-fusion artist who blends Afrobeats and R&B?

That was before. At that point, I was releasing Afro-fusion, but I switch sounds a lot, so it will be difficult to call me one type of artist. I mean, it’s accurate to an extent, but it’s also inaccurate because it’s not considering the other type of sounds I’m doing. I’ll probably still make Afro-fusion songs; that’s always going to be there. But I’ll also like to make and experiment with other sounds.

When did you start making Love & Isolation? And how did the lockdown influence this process?

Contrary to what people think, the lockdown didn’t give birth to Love & Isolation. Some songs on this record are way older than that. But yes, all of them were worked on last year in terms of actual production.

The lockdown for me was not very different from the way I normally live, so it wasn’t so uncomfortable at first. However, over time, I started missing being able to perform because just before the lockdown, I had my first East African show in Kenya, and it was amazing. The most important thing the lockdown did for me was that it helped me tap in, think more, and reminisce more. In the end, I feel like this EP is sort of like a sonic guide to self-healing and looking inward.

Each song has a different story: “YOGA” is a lazy song. “STONES” is about pushing forward regardless of your current situation. “FEEL” asks you to focus on whatever makes you feel good. “THINKING” is an easy song about being in love. “PEAKING” is a long-distance relationship song about yearning for someone.

How do you feel you’ve evolved as an artist between the releases of Passport and now?

The biggest thing is honesty. I’ve become more honest in how I express myself as an artist.

I used to write songs based on the style of music I wanted to make at the time, but now I just focus on how I’m feeling in the moment. Honesty drives what I put out now, as opposed to a style of music or sound.

What do you want people to take away from Love & Isolation?

I hope they listen and feel at peace. I also want them to tap inward and face themselves.