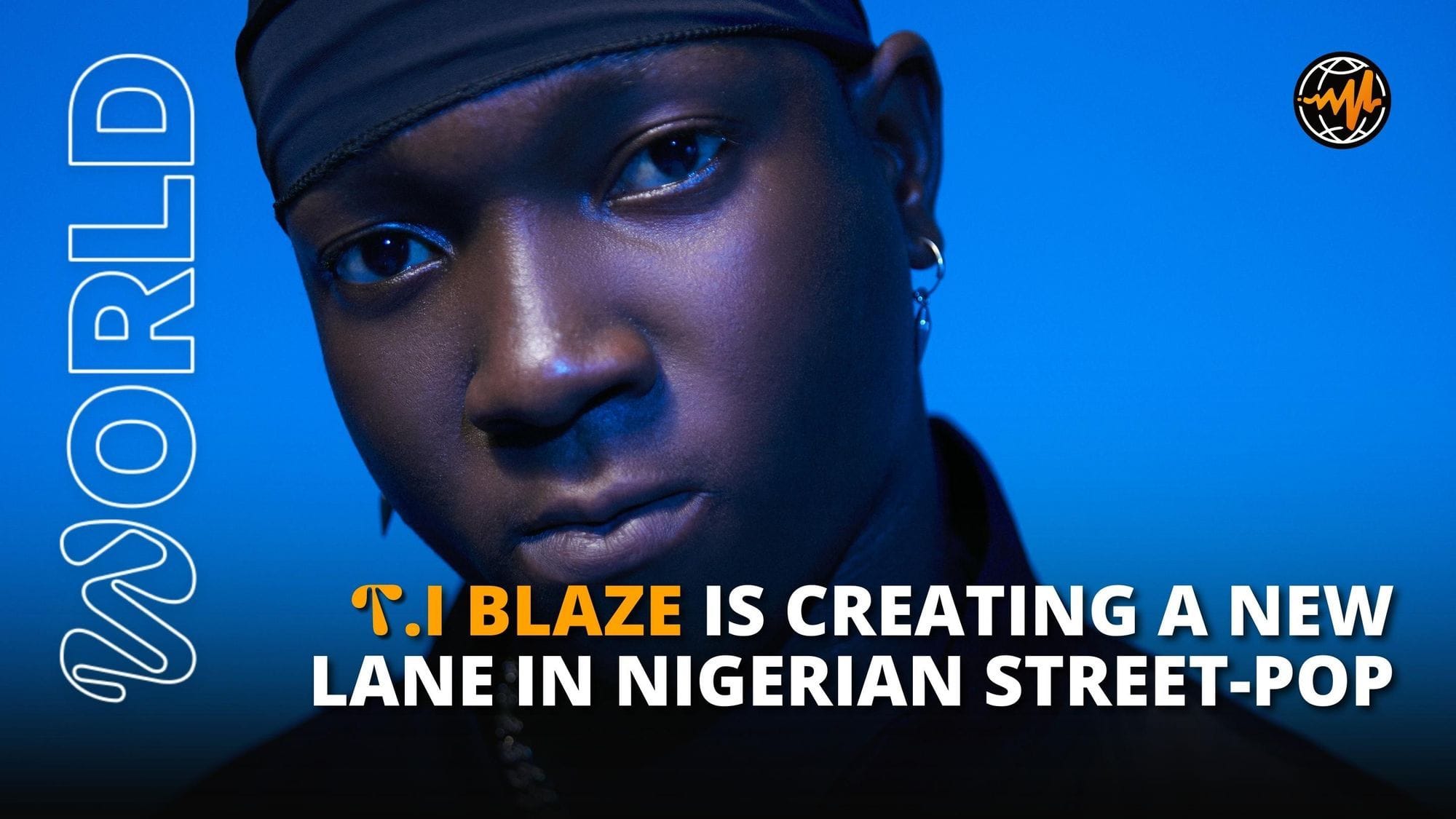 Fast-rising star T.I Blaze has struggle tales for days. When we meet to talk about his come-up in a well-furnished apartment in Lekki, Lagos on a sunny Tuesday afternoon, the 22-year-old punctuates almost every answer with a reference to the pain that has propelled his rise to the cusp of stardom: “I learned humility and patience from my experiences,” he tells Audiomack World. “I’ve also seen real struggle so I know I can never get slack with my hustle.”

In late 2021, T.I Blaze’s hit track “Sometimes” lifted him out of obscurity and into virality. The single hinted at a new epoch for the subgenre of Nigerian street-pop, relying on the singer’s emotive tone more than the guttural, percussion-heavy style that has been a fixture of street-pop for more than a decade. “I’m a different type of artist,” he says about his style. “I want people to be able to relate to all that I’ve been through, so that’s why I rely more on singing.”

Since his breakthrough, T.I Blaze has set about carving a niche for himself within the Nigerian music industry, serving as a conduit for street soliloquies refined for mainstream audiences. His debut project The Fresh Prince Of Lagos, released in February, expands on the grass-to-grace message of “Sometimes,” bolstering his credentials as a talent worth paying attention to. From the Olamide-featuring remix of “Sometimes” to the trap-leaning experiment of “Basic,” T.I is charting a new path for street-pop artists to aspire to while remaining true to his art. 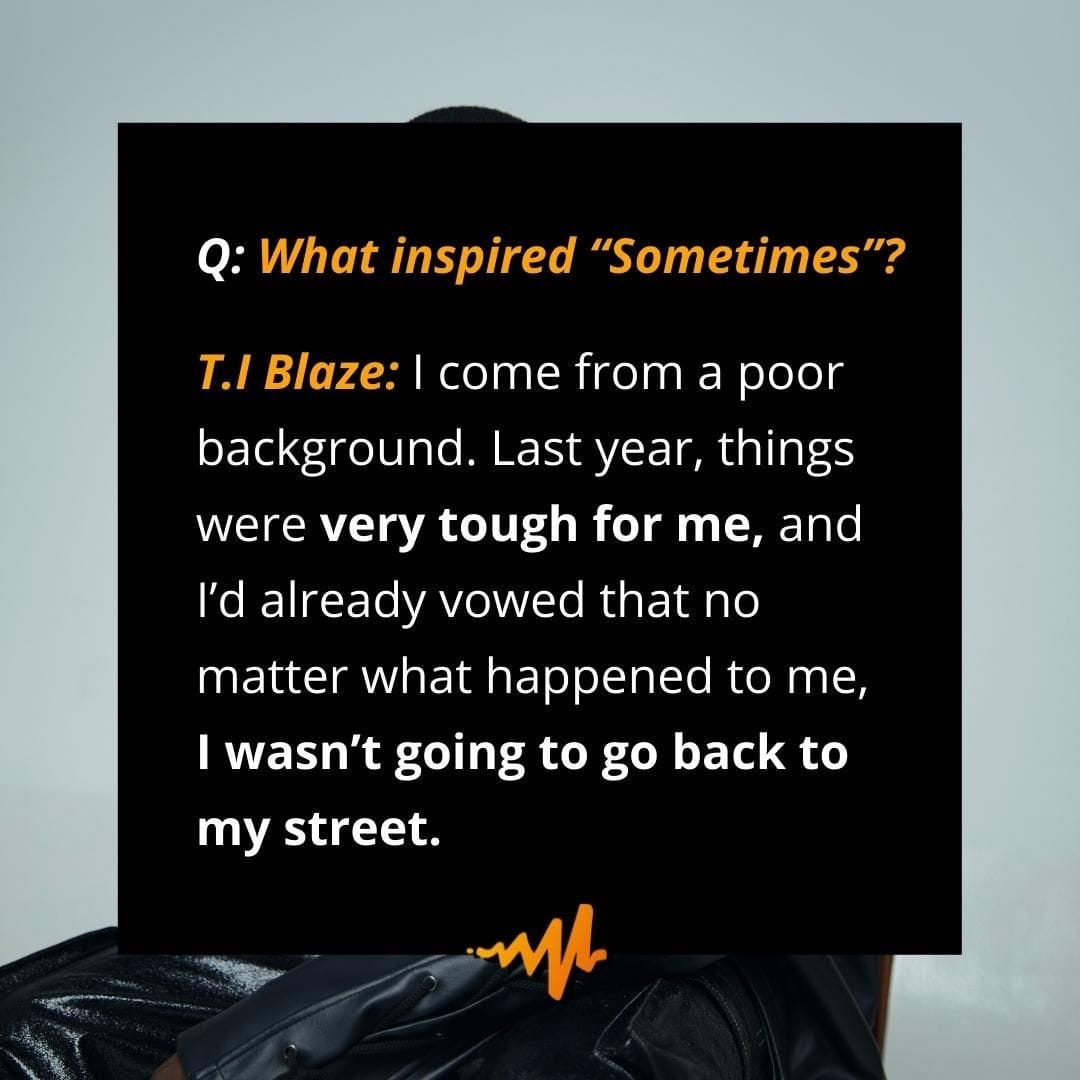 Who Is T.I Blaze?

Actually, my birth name is Akintunde Abiodun Timileyin, and that’s where I got my stage name T.I Blaze from. I was raised in Agbado, Ogun State. Have you heard of that place before?

Yes. I used to stay at Mowe.

That’s where I had my primary and secondary school education. It’s also where I started my career. I started making music when I was in JSS2 and I started out as a rapper. When I was in SSS3, I took it more seriously and converted from a rapper to a singer. It was in December 2019 that I released my first track.

What’s the name of the track?

“Asiko.” It’s not that popular. From there, I started pushing. Then last year, I recorded “Sometimes.” During the first two months since I released the song, I didn’t know anything was going to happen.

When did you record “Sometimes”?

August 2021. After two months, people started liking it, and my followers on Instagram started increasing. Then, on the 1st of January 2022, I got a text from Olamide Baddo. It wasn’t even a text—he posted my song artwork on Instagram Stories and asked who I was. I texted him and he asked that I come to his house that same night. I went and we did the remix of the song.

How has that journey been? Growing up as a boy in Agbado to seeing your song being played everywhere?

It is the happiest thing that has ever happened to me because if you hear my story, you’ll know that I’ve been through a whole lot, but I thank God for where I am now and the things that I’m doing.

A lot of people are very curious about what inspired “Sometimes.” I know it’s inspired by things you’ve been through. Can you talk about some of these things?

I come from a poor background. Sometime around last year, things were very tough for me, and I’d already vowed that no matter what happened to me, I wasn’t going to go back to my street. Those are the kind of experiences that moved me to record the song. I was in a very rough position at that point. 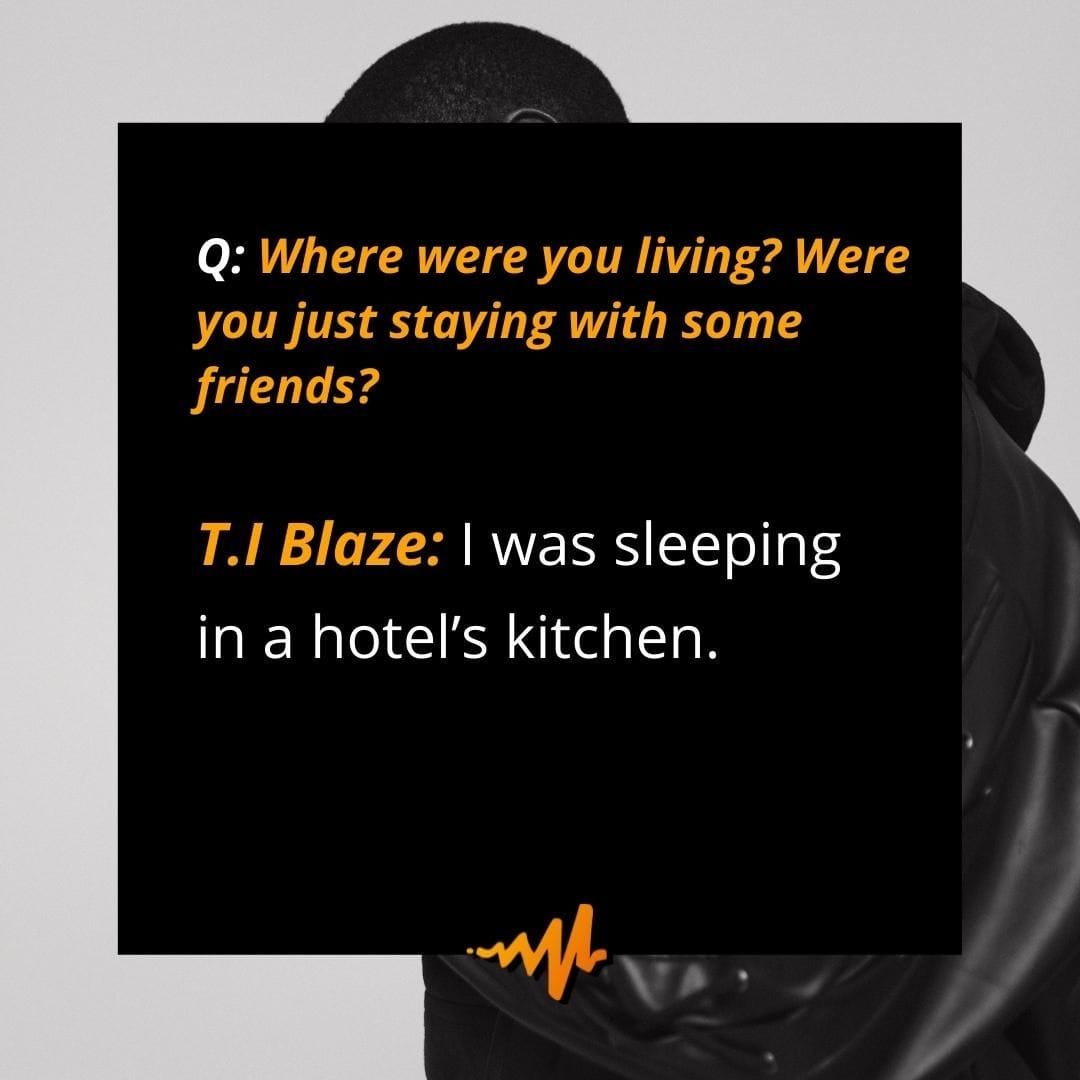 Where were you living? Were you just staying with some friends?

I was sleeping in a hotel’s kitchen.

Were you working in the hotel?

No. I was just sleeping there.

Was it in Lagos State or Ogun State?

Ogun State. In the morning, I’d go out and hustle. In the night, I’d come back to the hotel and sleep. There was even a time when some guys at Lekki wanted to help me, so I came here to learn something, or even work as a maid. They called me back to our street to record “Sometimes.”

Did you record it in Agbado?

I didn’t want to go back because I knew if I did, I wouldn’t be able to sleep again, but I didn’t have a choice so I went there to record it. After everything, God answered my prayers. 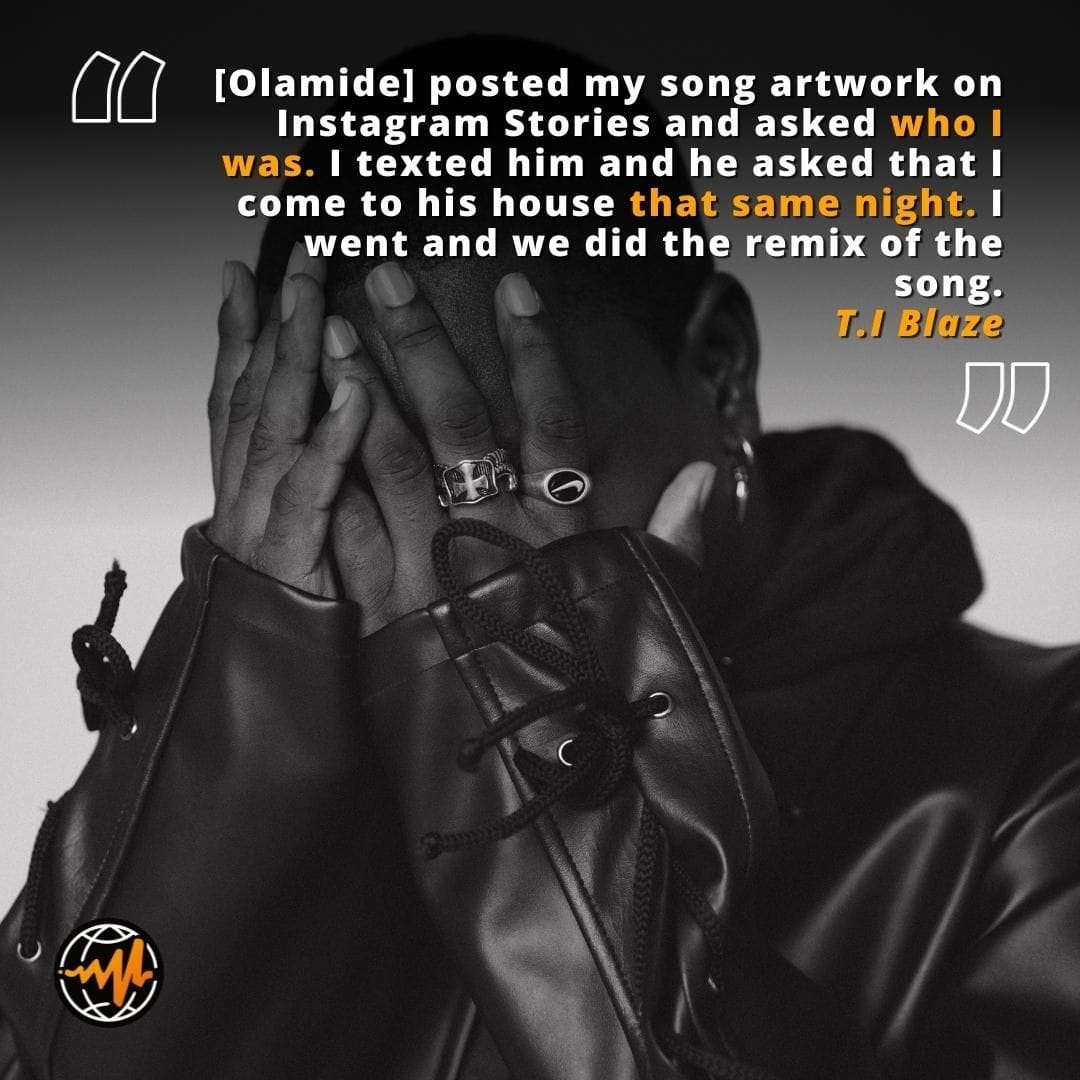 Ten years from now, where do you think T.I Blaze would be?

Ten years from now, I’d probably be bigger than where Davido is at right now. That’s my target. I’d be very big.