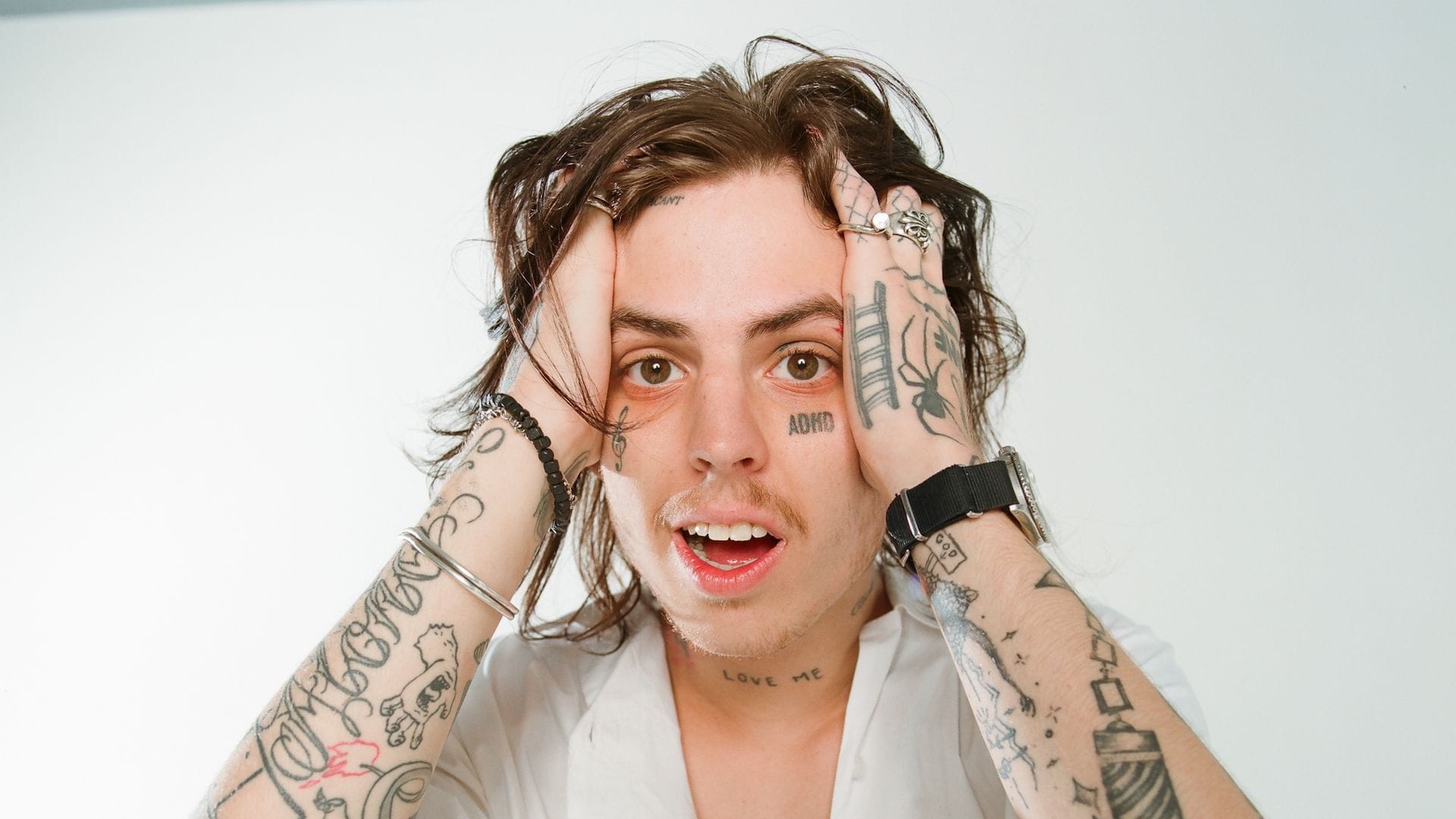 The year is 2018, and I’m watching music videos again. This time, I’ve queued up now-21-year-old Steven Moses’ “Love Me” video. The Blair County, Pennsylvania native spends three and a half minutes tumbling through a vat of drugs and brokenheartedness. The trippy visuals underscored the brink Steven stood on at the time: caught up in the drugged-out slur of the emo-rap universe. A few months after the March release of “Love Me,” Steven dropped Love Me // Leave Me, his debut EP, on July 13, 2018. The project was an expansion on the quick-tongued and wounded sound of “Love Me.”

Two years on, Steven Moses has since signed with Def Jam and is mere moments away from releasing his debut album, 99. In stark contrast to the prior EP, 99 is a softer affair. The guitar-laden world of “Love Me” remains, but this time, there is more singing, more honesty, and less fronting. Steven Moses appears less like someone obsessively interested in rap as a career choice and more like a fully developed rapper and songwriter, with his obsessions as a guide.

99 is visceral, with the writing being tangible and pulpy. Opener “Lose It” deals with drug habits and fame, and the mix on Steven Moses’ voice makes him sound more lucid than ever, as if he’s on the other side of his addictions and ready to tackle his vices in song to put them to bed. The vulnerability marking this album is a natural extension of Steven’s heart. Falling in love with Nas’ Illmatic at the age of 14, and blending in his lifelong affinity for punk, 99 has bars and melodies for every hurt spirit.

How did your parents influence your pursuit of music?

They encouraged [music], but it was all I wanted to do from the time I was a little kid. Even before I started playing guitar as a seven-year-old, I would play toy guitars and trumpets. I was just obsessed with music. [My parents] just let me do what I wanted to do. 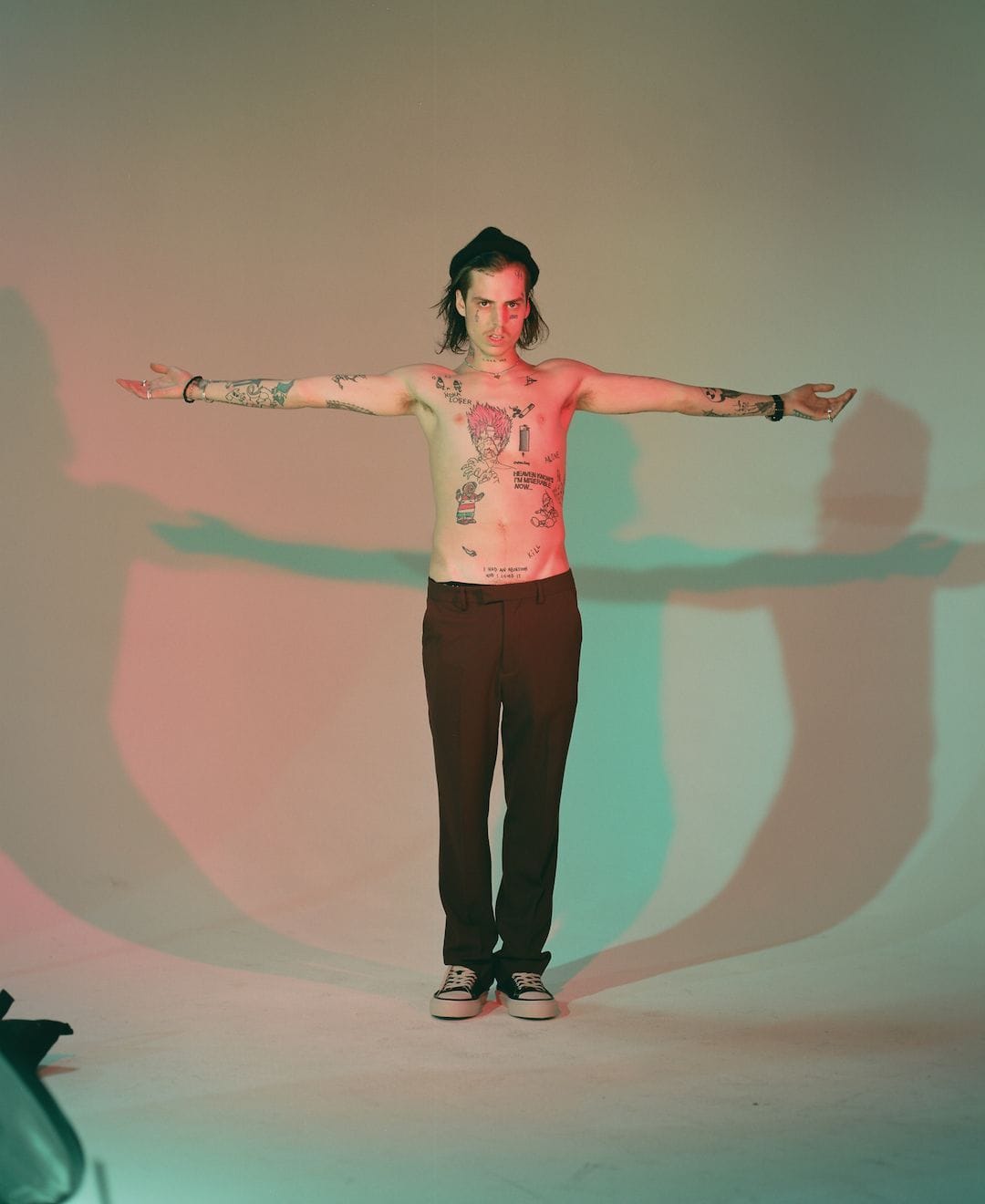 For the most part. When I first started playing, I had a guitar teacher for a couple months and it didn’t work out. I feel like I learned more playing by myself. I had a mentor, a blues guitarist, that I would jam with all the time. But he died maybe six months after we started playing together. So, mostly I’m self-taught, with some dope people who helped me along the way.

Your Def Jam debut album, 99, is incredibly personal. How did you get past the natural fear of vulnerability?

What helps is knowing, just from what fans say, there’s enough people that feel the same exact shit and can relate to it. I’m not the only person that feels this way, you know? I don’t think I am over that fear completely. [Music] is my outlet; it’s what I’ve done forever. It’s the only thing I know how to do.

You open with “Lose It,” which deals with drug habits and fame. How have vices hurt you in your past?

Ugh. How have my vices hurt me? I’m trying to think of the right way to answer that. Can we come back to that question?

Absolutely. Your writing is very visceral and tangible. Can you walk me through your process of penning a song?

It’s usually spontaneous. I get hit with inspiration randomly, and it’s not even music-related. I have to be living my regular life, too, otherwise I have nothing to write about. I can’t just write all day every day. It’s just writing down what happened in the past week, a lot of the time. I use my Notes on my iPhone. I hate writing on paper.

Which song on 99 was most important for you to write?

Probably “Wouldn’t Chance A Thing.” I was emotionally fucked-up because I lost someone I was close to, and I had to vent about it because it was fucking my life up. I couldn’t function until I wrote that song.

Is music your coping mechanism?

Is it hard, because music is also your job?

I try not to think of it like a job because that’s when people start to go downhill as artists. It is my job, I get that, but…

I don’t think of writing as a job…

Yeah, right! Once you start calling it a job, it’s like, “Oh, fuck, I have to go to work.” I never wanna feel that way. 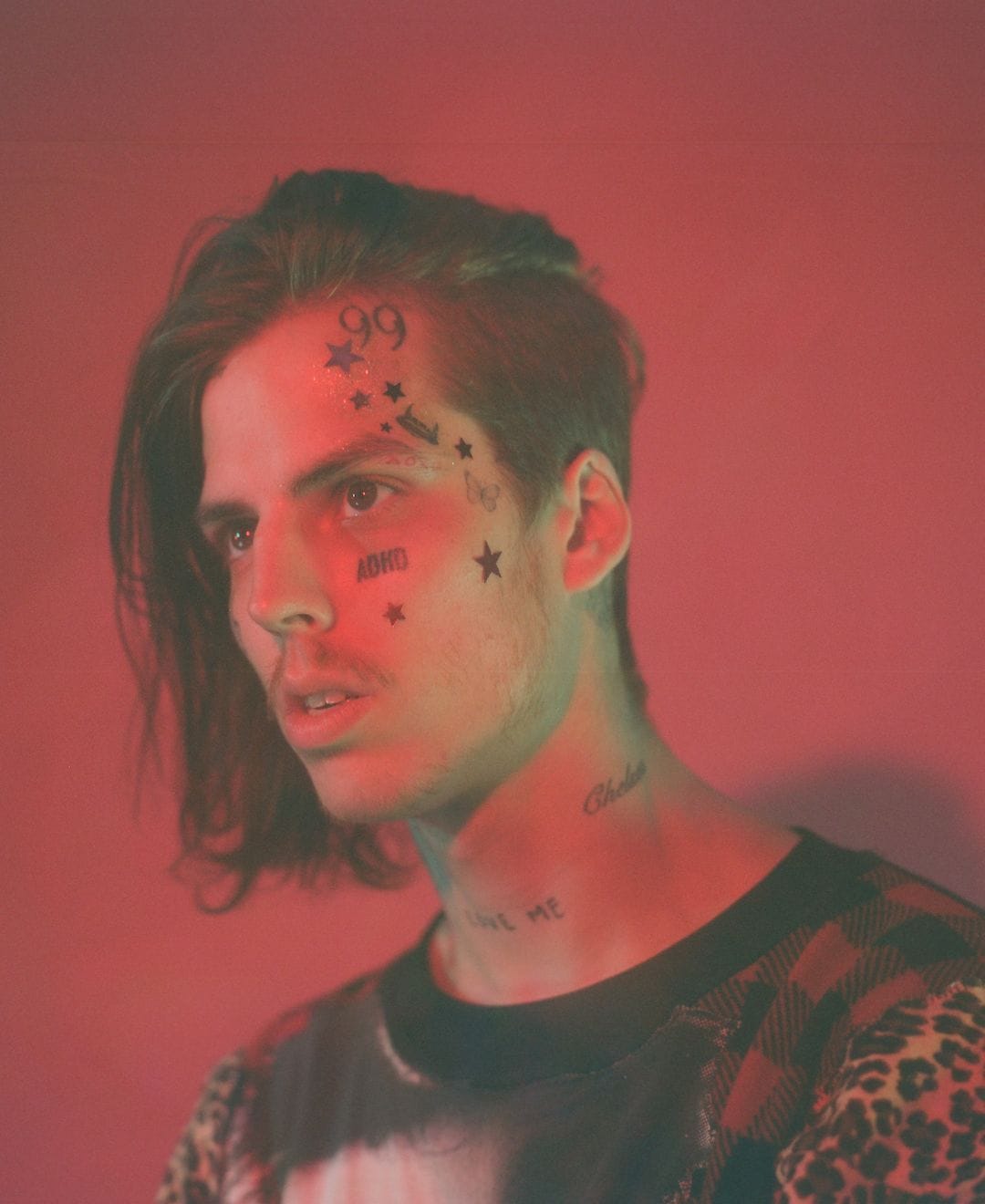 Probably. There were times when I was really fucking up and not doing… When I was doing drugs and stupid shit that could put my life at risk, I didn’t care enough to even think about that, but in retrospect? Yeah.

How does your fear of dying—perhaps your desire to live, even—fuel you?

I’m still here, you know? I don’t think it’s luck. I think I have to share music with people and maybe help them get through shit, too. That’s my only motivation, besides happiness. I wanna be happy, too.

So, how have vices hurt you in your past?

I was a different person. My priorities… Any sense of responsibility… I had completely severed any kind of spiritual connections I had. In every way imaginable, my quality of life fucking sucked. I think I have the vices under control, a bit, but not all of them.

I’m getting there, yeah. Almost.