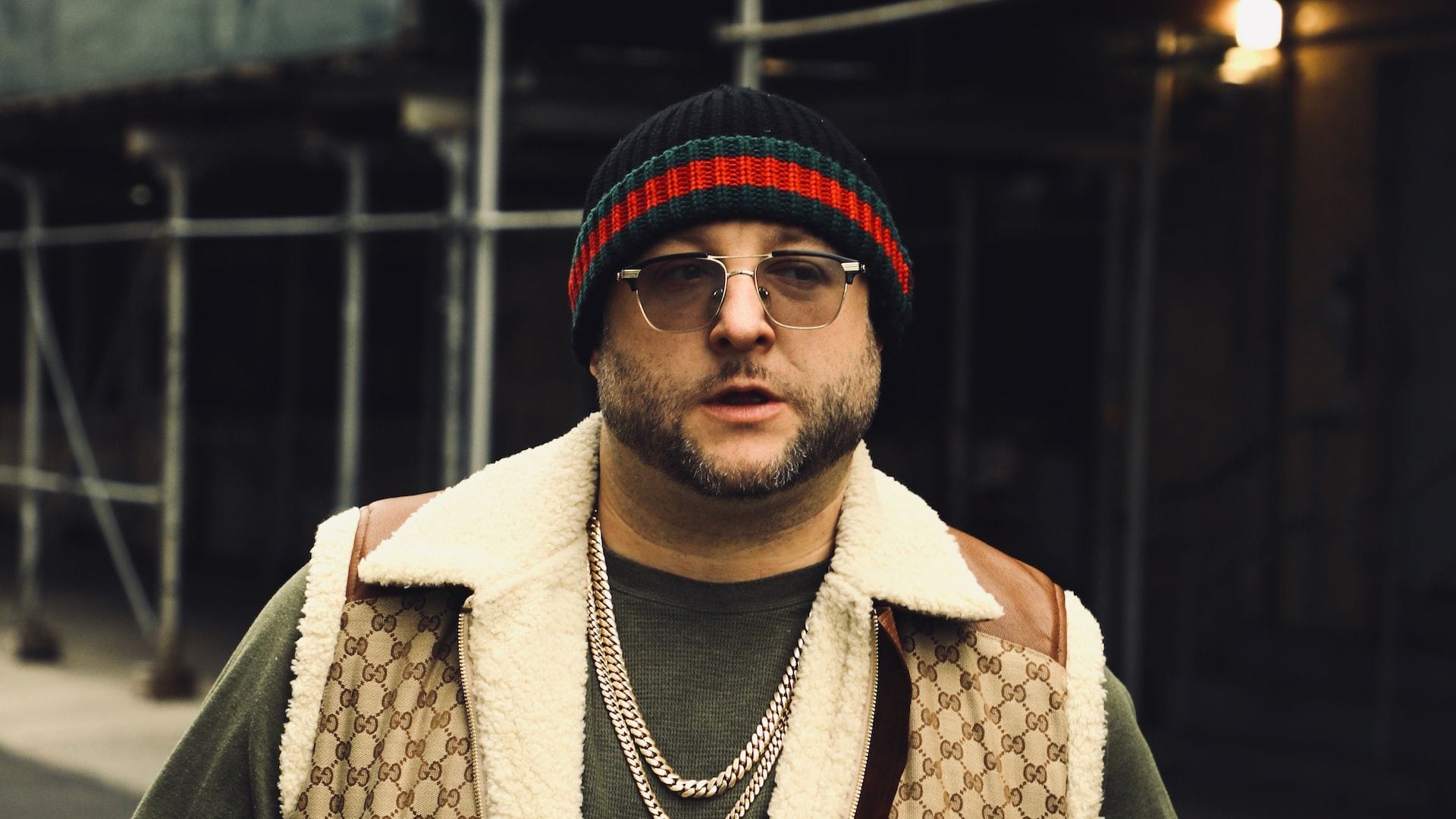 Statik Selektah is a star in his own right. The New York-via-Massachusetts producer and DJ has spent nearly two decades establishing himself as a force in hip-hop culture. He’s worked with legends like Q-Tip and Bun B and provided platforms for modern stars Joey Bada$$ and Freddie Gibbs early in their careers. Whether behind the boards or on the 1s and 2s, Statik’s is a name you can trust.

All of that energy is currently being used to put the finishing touches on The Balancing Act, Statik’s latest album coming soon via Mass Appeal Records. COVID-mandated quarantine delayed the album, which Statik originally planned to have done by the end of the summer. Still, things have begun to pick up as artists feel more comfortable traveling to his Brooklyn studio. “Everyone I work with on my albums is someone I’ve hung out with outside of rap,” he explains to me over the phone. “It’s never on no industry shit with these albums.”

After amassing nearly two decades worth of work, Statik Selektah shares his nine-step guide to becoming a marquee producer.

Listen to your OGs. “The day I picked out the beat for [‘Keep It Moving’ featuring Joey Bada$$ and Nas], I was going through three different beats, and I went to Mass Appeal and played them. Then I went to Q-Tip’s crib, and Tip played me about 16 new songs that day. He just kept playing new joints because he has a few new projects coming out. After all that, I played him a couple joints, and he was like, ‘Nah, that’s the one.’”

Adapt to the times. “I was around [DJ Khaled] a lot in the early days, and he would play me his records before they came out. I remember the day he played ‘We Takin’ Over’ with Akon, Lil Wayne, and Rick Ross, and he told me, ‘Yo, watch what I’m ‘bout to do.’ I just wanted to be scratching records and doing the shit I loved. Once the mixtape game crumbled, and I feel like I’m not just speaking for myself but for all of us, the Khaleds and DJ Dramas and DJ Green Lanterns and cats like that, we had to make albums the next evolution of what we did. We could either fall back and fade away or bring it to another level. That’s where my first album [2007’s Spell My Name Right: The Album] came from.” 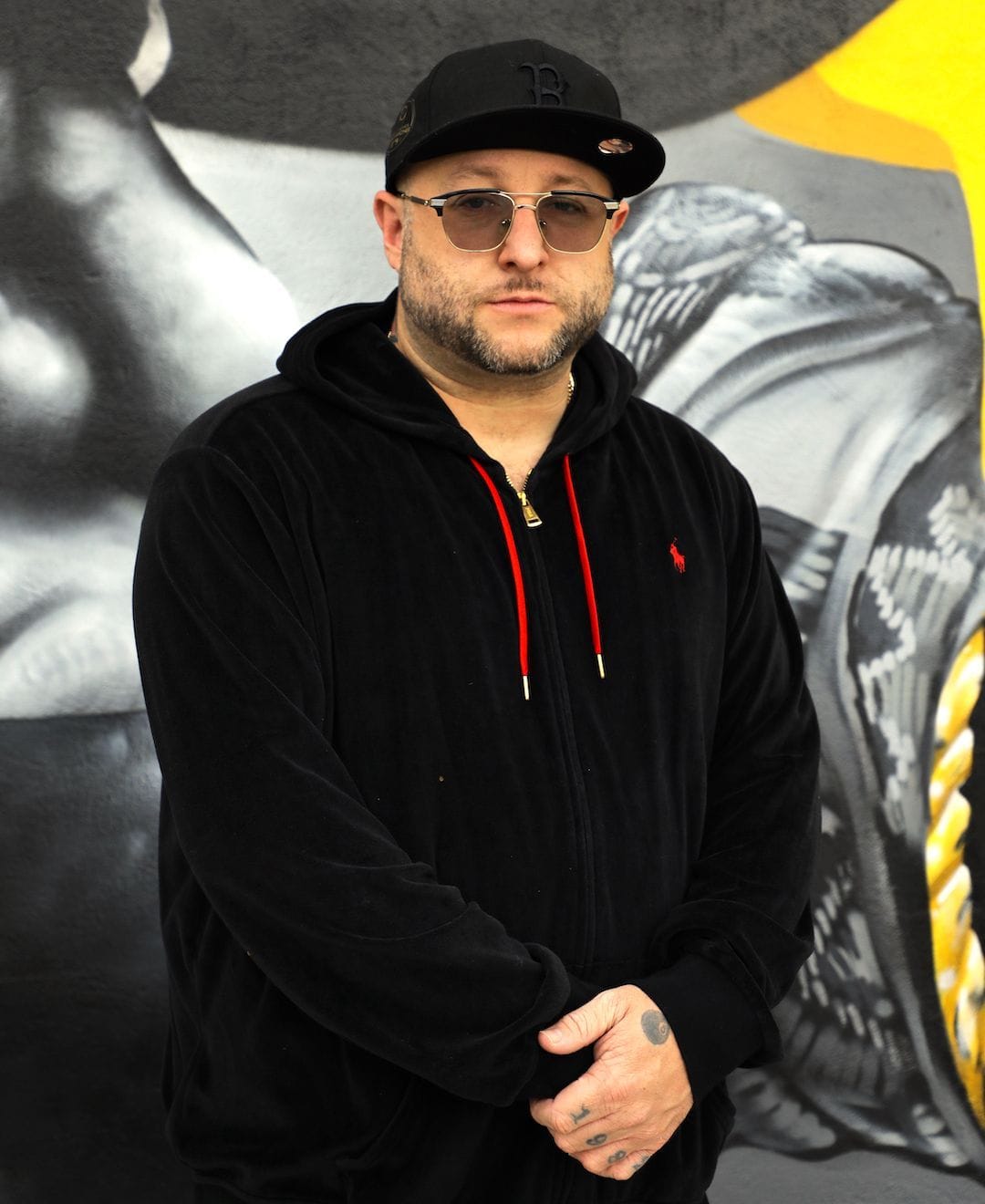 Own your lane... “I feel I own my lane in what I do specifically. In the last 10 years, I’ve broken more hip-hop artists as far as working with Mac Miller, [Joey Bada$$], Freddie Gibbs, Griselda, Logic, Cordae; I could go on and on. That is a major cornerstone of what I do. It’s obviously modeled after the DJ Premiers and the Marley Marls and all them, but we live in a new age now.

“Now, I pride myself on working with people first on my albums. If you look at every single album I’ve put out there, there’s an introduction to someone who ended up being out of this world.”

...but don’t let anyone put you in a box. “Brands or certain mainstream cats might look at what I do like a throwback sound. It affected my DJ career more than my production career. When cats like Eminem and 2 Chainz want that type of raw sound, they come to me, and I get placements, so it’s all good. But I’ve lost out on Vegas gigs as a DJ because people pitch me as someone who’s gonna come to the party and play Westside Gunn. Bro, I know how to play a party. I’m gonna come in and rock whatever I gotta rock with to get the party going. I literally play festivals in Europe for hundreds of thousands of people, and I come back to the states to people who think I’m gonna play Cormega when it’s time to play JAY-Z. That’s the only downside.”

Honor your history. “Certain producers are my favorites because they make records for DJs. If you listen to a Tribe record, a Gang Starr record, a Pete Rock record, or Dr. Dre record, they were all DJs first. They keep certain things in mind when making a record: the way it drops, the way a vocal might come in. All of that is a big part of producing, and you can tell when a producer is a DJ or not. I always try to keep that in mind.

“I don’t ever fade out songs. I like to end my songs in a way where the next song comes in on-beat, especially when I’m doing my own projects. Even when I’m doing other people’s stuff, a song might end a certain way to where it breaks down before it ends. It’s not just gonna end where the beat was.”

Let the music grow. “For my compilations, I usually start with someone being here in the studio. We’ll do something and knock out a verse, and I’ll think, ‘Who else can I put on that?’ The record will grow that way, especially the last eight years working with Joey. He’d lay a verse on a track and then tell me to put this or that person on it, and I’d just use them as building blocks. Sometimes, I send a beat to somebody, and they’ll ask for another one, and that one will be it. Sometimes, it’s the third or fourth joint. Everyone works differently.”

Establish your style. “You move at a whole different pace when you’re working on a project with one cat versus making a compilation. Me and Bun B made our album in just 11 hours. Me and [CJ Fly] have been working on [Rudebwoy] since at least 2013. I’ve been trying to keep all the collab albums I do to 10 songs, but my compilation joints always have more than that.

“You can usually say what you need to say in 10 songs if it’s just one producer. If it’s a bunch of different producers, that’s a different story. If I can get 10 different styles on there, that’s a lot coming from one person. Also, [Nas’ Illmatic] is a blueprint for my whole career, and that’s only 10 joints. Ten is cool because it’s not an EP, but it’s not too much.”

Make organic connections. “Everybody on my albums is a friend. Literally. Everyone I work with on my albums is someone I’ve hung out with outside of rap. It’s never on no industry shit with these albums. I always work with people I fuck with. There’s been people I wasn’t feeling, and they’ve blown up, and I had a song with them that I didn’t put on my album because I wasn’t fucking with their vibes.

“There’s a certain understanding with what I do with my radio show and what I’ve been doing over the years. People appreciate people doing it on that level and keeping the sound alive. Even cats like 2 Chainz and Jack Harlow appreciate it, and that’s important to me. At the end of the day, everyone’s a fan first. I ain’t chasing nobody around. It’s all organic.”

Know your brand. “My brand is the New York pavement. Being outside in the summer in New York City and feeling that energy we grew up loving. I don’t wanna use the word ‘’90s’ because it’s something people label too much, but it’s that traditional hip-hop feeling. All those people I said that I loved and the shit that we called the greatest stuff ever is where I’m at.

“I’m just holding that torch and keeping it going. We all love it, and that’s the meeting point with most of these cats. At the end of the day, it’s all about keeping the fundamentals of hip-hop alive to me. I do a lot of things that I could do a different way and make a whole lot more money, but it doesn’t feel right. I wanna stick with what I fell in love with, to begin with.”