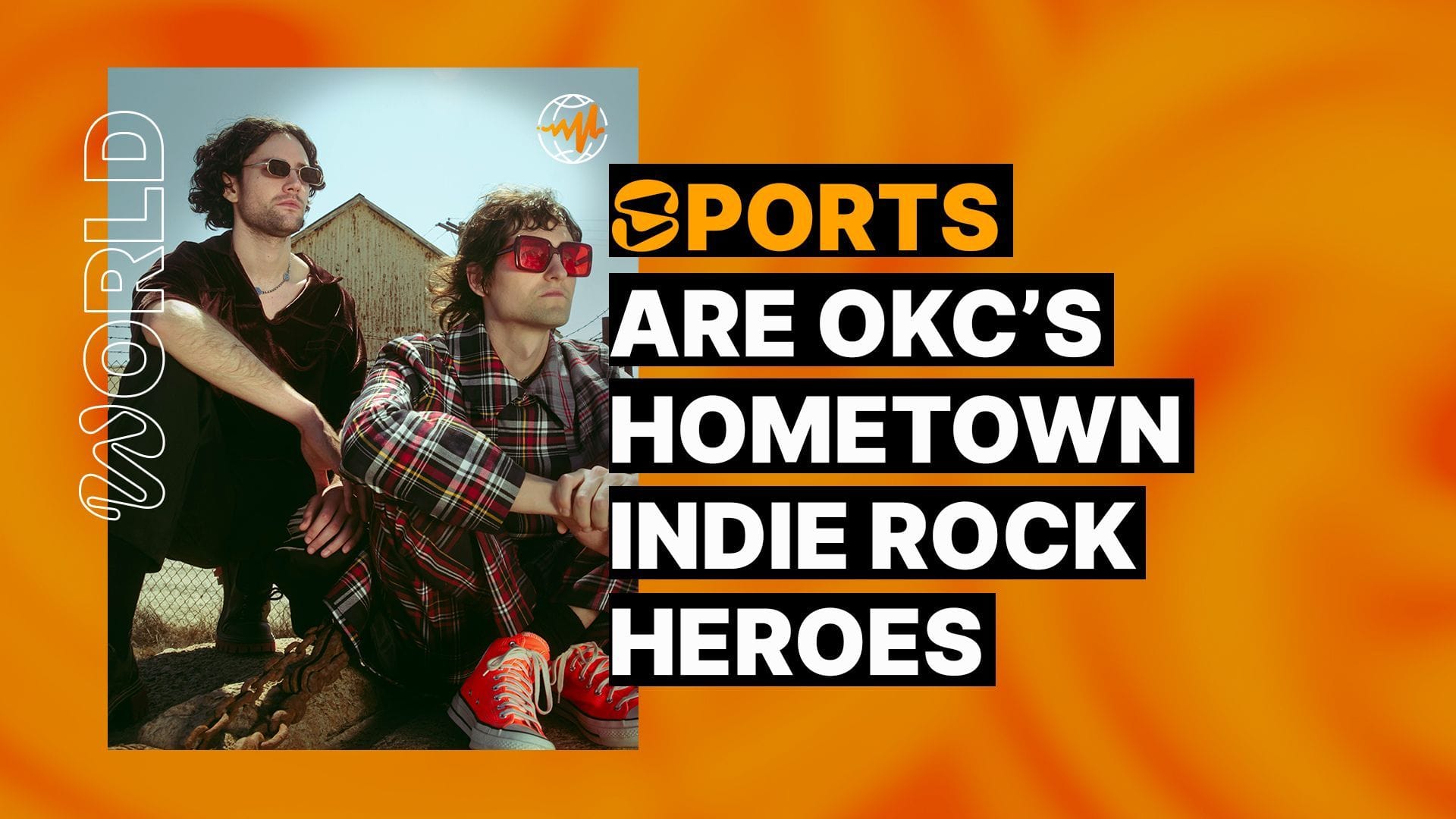 With both Kevin Durant and Russell Westbrook clear in the rearview of the Oklahoma City Thunder, it looks like the best team currently repping the Sooner State is Sports, the funkiest indie-pop duo west of the Mississippi. Though the group, which consists of Christian Theriot and Cale Chronister, aren’t huge into OU football or the Thunder “now that they suck,” they’ve nevertheless captivated the indie rock scene and quickly became hometown heroes.

Theriot lives in Norman and Chronister lives in Tulsa, but the duo first started making noise in OKC off the strength of their debut, Naked All the Time. The group, which then consisted of Christian’s brother Jacob Theriot on bass, made homespun psych-funk music, hazy and crisp but immediately catchy. 2018’s Everyone’s Invited dove even deeper into the sultry sounds of ‘70s disco, and singles like “Autopilot” grooved with the sensuality of your favorite Prince cover band.

When the pandemic hit, the duo was getting ready to release Get a Good Look. But with touring prospects (see: monetary prospects) shuttered for the indefinite future, Theriot and Chronister held off on releasing the project for as long as they could. It eventually came in February of this year, and by the time it was released, they had amassed a second collection of songs different in sound but consistent enough in theme to slap the “Pt. 1” label on the first project and ready another collection of songs.

Get a Good Look Pt. 1 is the band’s most assured record to date, less infatuated by tricks and studio touches than their earlier work. Theriot is the production wizard, and his spare, artful arrangements perfectly highlight Chronister’s voice, which is sleek and sits in the upper registers. It’s perhaps a stretch to think of Oklahoma as an indie-rock hotbed, but Sports are the hottest thing out of the state since Wayne Coyne first started living in his bubble with Flaming Lips. Sports blend easy, effortless melodies with subtly complex arrangements. They may be impossible to Google, but soon enough, searching for “Sports” may take you directly to their music. 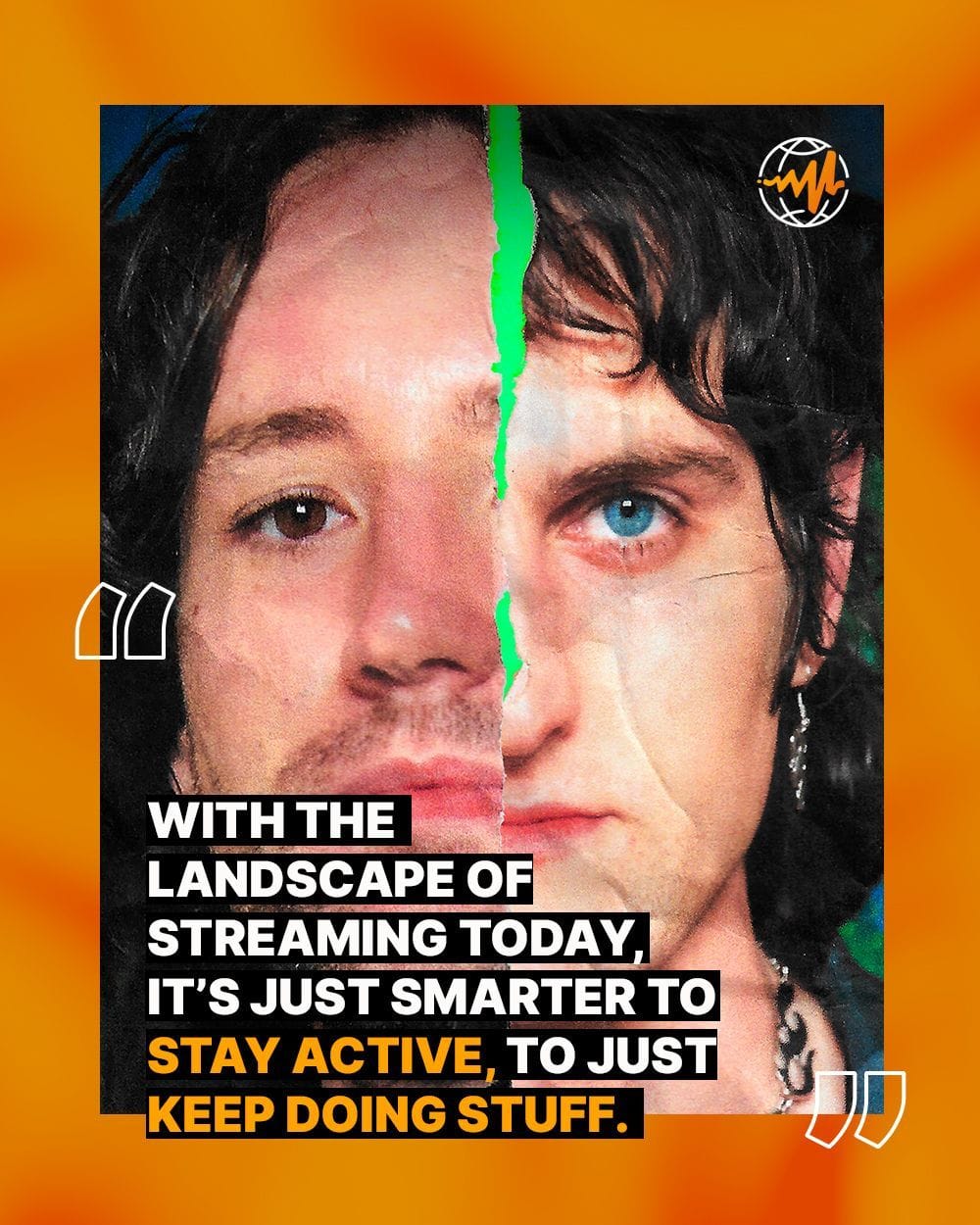 You recently released Get a Good Look Pt. 1. What’s it like releasing the first part and having to wait to drop Pt. 2?

Cale: It feels much more natural than I thought it would because they’re very different. At the same time, though, they share lyrical themes, so it also makes sense for them to be together. I think it’d be more unsettling if we just put out a whole album and we didn’t know what to do next.

Christian: Especially since we can’t tour it right now.

Are you just buying some time until you can get back on the road?

Christian: It ended up checking more boxes than we thought at first, and those boxes revealed themselves as the pandemic continued. First, it buys us time, but also creatively, it gives us an option to have this living project that lasts a little bit longer. It ended up being a best-case scenario. Creatively, logically, logistically.

Cale: We’ve been sitting on Pt. 1 for a while. Even when the pandemic happened, we were like, “Well, we’re still putting this out. We can’t sit on this any longer.” Pt. 2, though, is stuff we’ve been working on just in the last six months.

You guys immediately entered the Pantheon of un-Google-able band names. Is that something you guys ever thought about and were like, “Shit, maybe we should think about changing it?” Or was it more like, “Let’s get so popular that when people Google ‘sports,’ we come up”?

Christian: It’s the second one. When we first decided on the name, we knew we were going to run into issues. At the time, our manager said, “We’ll just make sure you guys are the biggest band in the world, so when you type in ‘sports,’ that pops up.” Also, nowadays I don’t know how many people are Googling a band, necessarily.

Cale: People are usually searching for artists in a music app, so it narrows it down quite a bit.

Being a duo is such an intimate relationship. You guys have been doing it for a while. How do you manage to balance the friendship and the creative aspect without driving each other insane, because there are just two of you?

Christian: It’s a balance. Fortunately, as we’ve gotten older, we’ve just gotten a little bit more mature. We’re able to talk through things and realize we’re in this together. I’ve known Cale longer than I haven’t known him now, and we’ve been making music since then, so I feel like we’ve just grown up together in a way.

Cale: You can take that for granted pretty easily. We’ve been making music together longer than we haven’t been making music together because we met whenever we were like 13 or something. The friendship side of our relationship can get overshadowed by Sports sometimes, though. There are times we’re like, “Oh yeah, we can hang out and not make music. We could go do something fun together.” 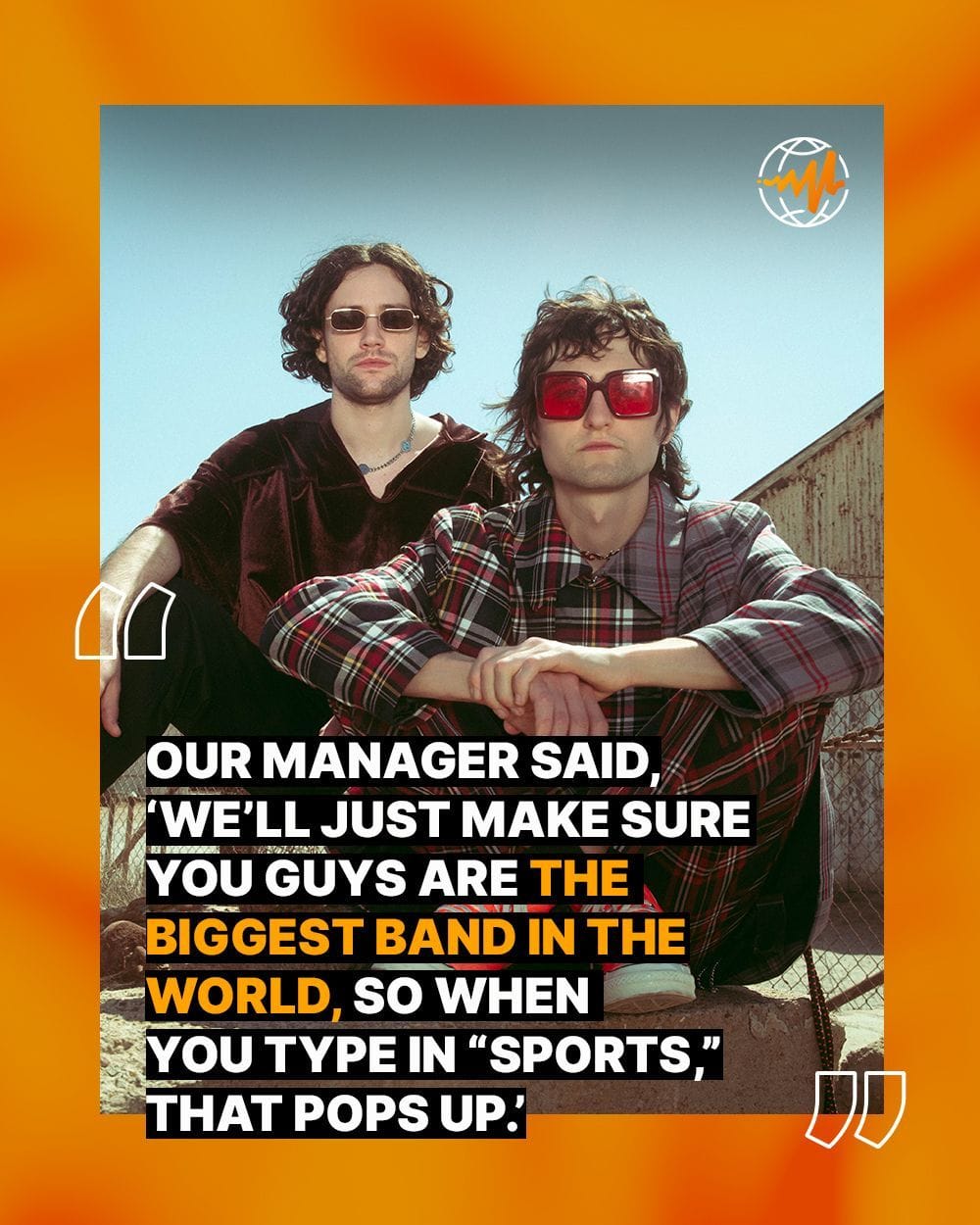 Do you guys have explicit aspirations to attain a certain amount of success? Is that something you guys talk about?

Christian: Absolutely. I mean, I want it. I think it’s good because aiming for something you don’t think you can achieve is great. I don’t have this pressure, though, like if we don’t get that, then we’re a failure. The fact that we’re able to do this now, and this is my job, I feel like I’ve already made it. Anything else is just extra, but it’s so fun to dream about just selling out stadiums one day.

Cale: If we didn’t think that way, we probably would never do anything. If you’re just happy with where you are, you might as well not try any harder. But I do think there’s more to life than trying to be popular. I don’t think I’ll be fulfilled by being super famous. We’re just trying to make [the music] as cool as we can, and know that the results are not up to us; they’re up to our fans.

With that being said, working towards playing bigger rooms and making more money and all that stuff is definitely the motor behind working harder. I feel like I’m happiest when I’m not thinking about that, especially when we’re in the recording process. If I’m just thinking about how much I want to show a song to a friend or something, that’s when I feel the most satisfied.

Cale, are you more on the songwriting side, and Christian, you’re more on the production side?

Christian: Yes and no, because still there’s a lot of overlap with it. Cale may be picking up on a production thing.

Cale: There’s a huge gap between me and Christian in production. I can pick up on nuances or feelings, but as far as who actually knows what they’re doing, it’s definitely Christian on the production side. I don’t really know what I’m doing. When I make a song I’m like, “You get it, right? You get what I’m trying to do?” He does, though, which is a huge part of it! When I’m lost on something, he can usually help me. That’s what makes Sports work.