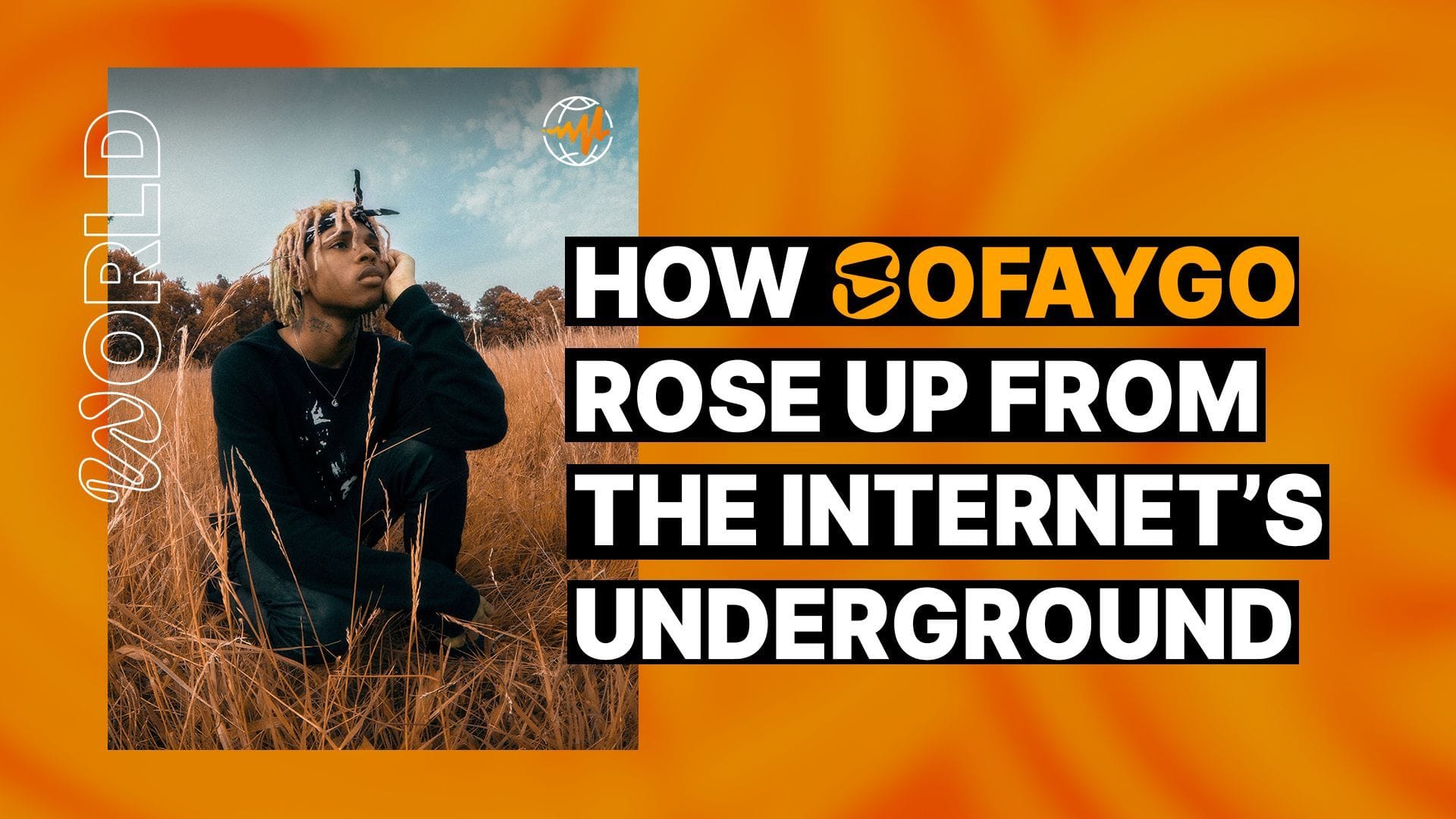 SoFaygo’s “Knock Knock,” one of the rap songs of the moment, is also a moment for the internet underground. A skeletal stomp from 2019 that recently re-gained popularity through social media and a Lyrical Lemonade video, it bears the DNA of bedroom studio blitzes where everything sprouts from a handful of minds.

Faygo sings every line of “Knock Knock” with the confidence and clarity of a pop star, but, like so many of the scene’s creations, his vocals feel stitched together, rough around the edges. The beat, too, has that handmade quality—a see-sawing MIDI orchestra courtesy of Lil Tecca, an underrated producer whose credits run rampant through Faygo’s corner of online rap.

The song declares Faygo an unmissable talent, and his glossy, R&B-inflected tape After Me argues for his growing range. He’s able to navigate different genres through his natural feel for melody and songwriting, cultivated from a lifetime of experience. “I can't even remember a year that I wasn't making music,” he says. Developing his voice and picking up basic music theory through school chorus, Faygo recorded his first song in the fourth grade and kept at it through middle and high school—all while shuttling back and forth between an Atlanta trailer park from which his parents were evicted and his grandma’s house. Faygo was forced to constantly move schools and make new friends, a transient reality for which he’s now grateful. “Being put in uncomfortable situations, it helped me out in music,” he says. “Getting to know people, networking.” 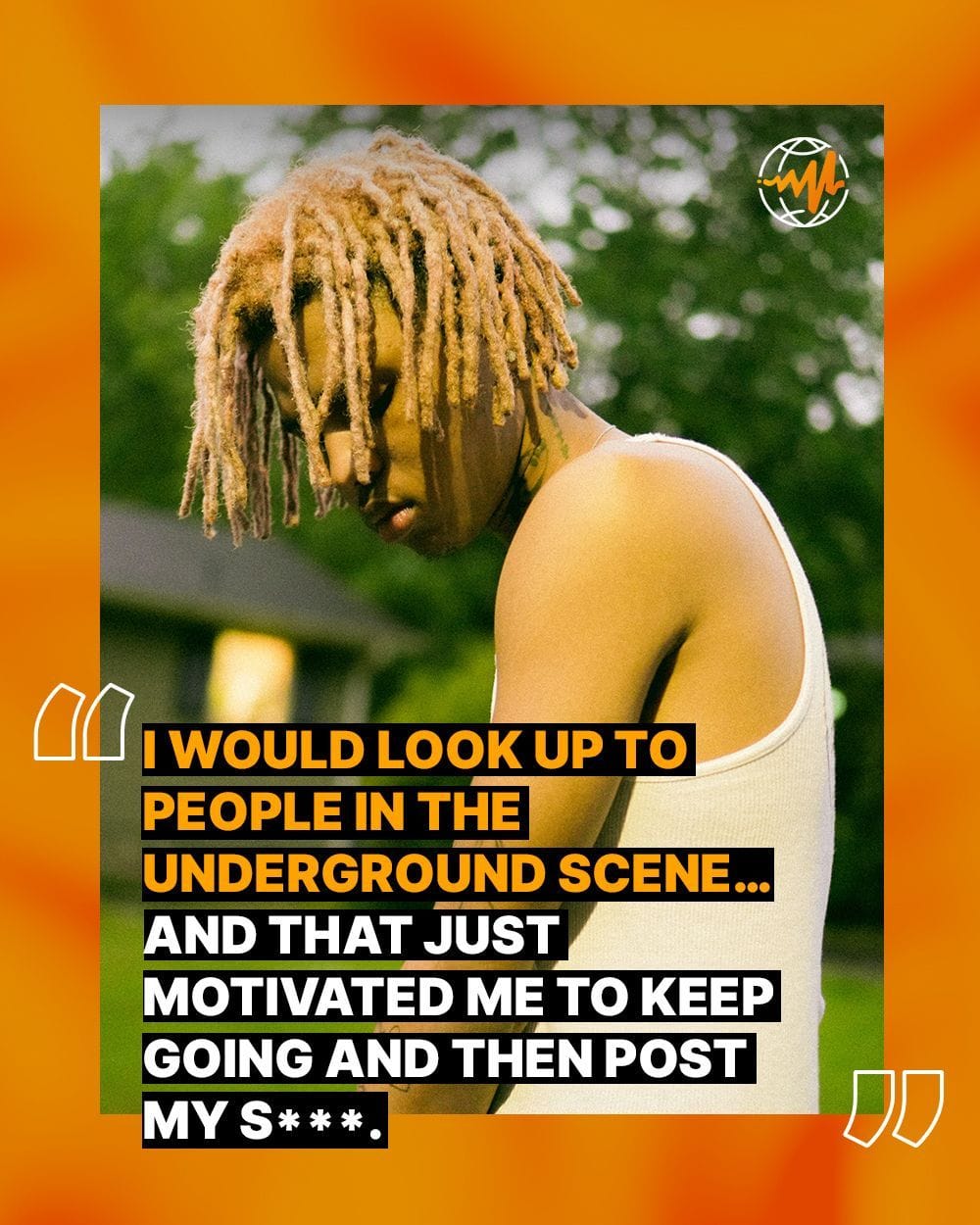 Faygo’s sticky songwriting and steady networking went a long way in the underground, yielding a loyal fanbase of snippet hunters and archivists and even a coveted co-sign from Travis Scott, with whom Faygo says he’s now connected. While SoFaygo’s mainstream ascent has been rapid, his success has been years in the making, and he’s sure to give his flowers to the online rap communities that have inspired and supported him.

When you listen to “Knock Knock,” and when you and Cole Bennett made the music video, do you think in the back of your head, “I've got shit way better than this; this is old news”?

Yeah, I think about that all the time when I listen to that song. But I feel like it's what I created. I created it for a reason; I put it out for a reason. So as long as I feel that, as long as I keep that same feeling back in 2019, I can always sell it every time I perform it.

Did you record it around the same time you put it out?

Tecca sent me the beat, and then me and him got on FaceTime. I remember after that FaceTime, I hopped on my computer, and I loaded the beat up, and I started recording on that shit. I don't know if I dropped it or if I waited a little bit and then teased it, but I know it came out at least a week after I recorded, type shit.

What was going on in your life at the time?

I was really in school. Simple shit, really. I think this was the beginning of senior year.

I had a Mac desktop. My parents bought me this microphone when I was in middle school, and I brought it with me when we moved from my grandma's house. And it had a shortage in it. So I would have to put a fucking sock over the mic to make it sound better. I always had that sock over the mic, and I had to put it in a cup because, like, I had to wrap the cord around the microphone so it wouldn't fuck up. ‘Cause when the cord fucked up, it got really staticky, so I had to wrap it around the microphone, put it in the cup, put the sock over the cup so it would hold. It was crazy shit, bro.

You recorded “Knock Knock” on that? 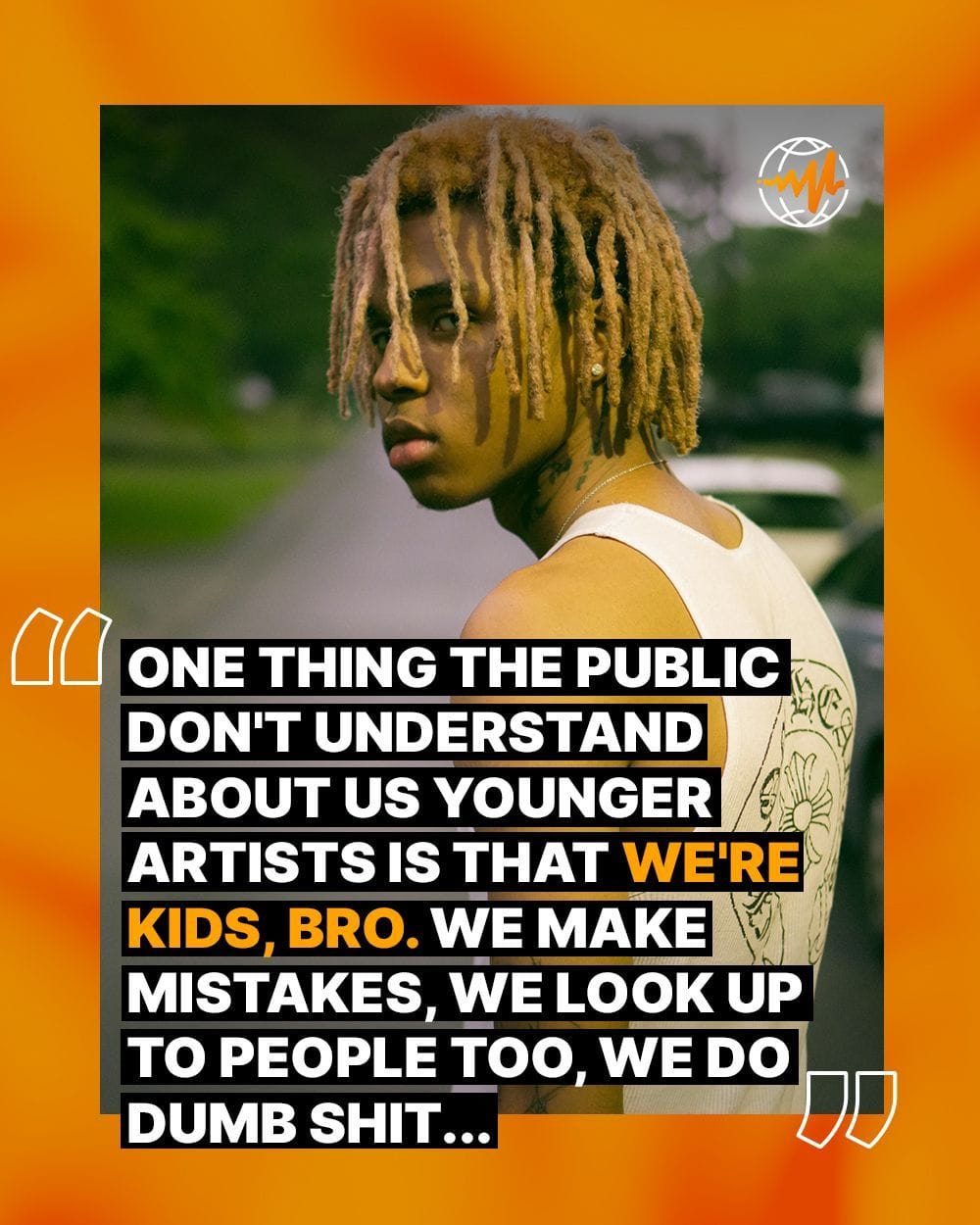 In the year leading up to that, how did you fit into the internet underground scene?

I was recording songs, but I wasn't really in the scene. I would look up to people in the underground scene. It was like Duwap Kaine, RonSoCold, [Lil] Candy Paint, ATL Smook, all them, they was coming up. Who else? K$upreme, [Lil] Yachty, they were going up. And I was looking at them. I was like, “Damn, I can do this shit.” And that just motivated me to keep going and then post my shit.

I started meeting new people and communicating with people, networking; I just fell more and more and more into the underground scene. And that's when I started popping off my own name. I made that change of name. My name was Trillanese before the underground phase, and then I made that change to SoFaygo, and I just kept going with that name. People were doubting my name; they were like, “No, you need to go back to your old name; we don't like this.” I was like, “Just watch... In a few years, I’ma make this name go fucking crazy.”

When you talk about networking, are you talking virtually, or have you done a lot of traveling the last few years?

I did both. I was traveling. My first time going to LA, I was 17. I went to LA by myself, actually. Nobody [else]. Taz Taylor hit me, and he wanted to sign me to Internet Money. So I was just going to check it out, feel the vibes, hang around, and whatnot. So I texted my mom one night, I'm like, “Mom, I'm flying to LA,” and she was like, “No, you're not,” and I was like, “Yes, I am.” And I learned a lot from that trip. I was around 5,000 [Instagram] followers at that time. It just helped me keep going and keep going.

Your fanbase is devoted, showing out in your Discord and trading snippets. When did you start to notice that you had those fans?

I've always had crazy fans. I don't know what it is. I'm not a cocky person at all, but I just attract people, and I think it's just because I'm just myself. People love the fact that I'm just myself, and I'm not trying to be nobody else. I never tried to do too much. Just stayed myself.

As far as your recording process, it's cool to me how you kind of made that underground sound super sharp, super refined. Even the way you rap, every word comes out crystal clear. Was that the vision from the jump?

When you say making great music, do you mean recording songs for, like, your parents to hear? Do you want it to be stuff that anyone can put on?

I make music for me. I don't make it for anybody else. I make this shit for me, how I'm feeling, what I hear. This is my shit.

What do you wish people knew about you?

I'm a kid, bro. People gotta understand I'm a kid, and I feel like that's one thing the public don't understand about us younger artists is that we're kids, bro. Y'all have to expect that we make mistakes, we look up to people too, we do dumb shit. But we have fun with it too. People just gotta get over it.

I hate the politics. I hate all the negativity that people put on artists and how hard the industry makes it for younger people, younger artists. We're just kids, dude. We gon’ do kid shit. People be tryna put younger artists on the pedestals of Lil Baby and [Young] Thug and Gunna, [Playboi] Carti, [Lil] Uzi [Vert], but we're 19, 18, just living life, making music, and making money too. People just don't get that.

Photos by Neri (main) and whoisreef.