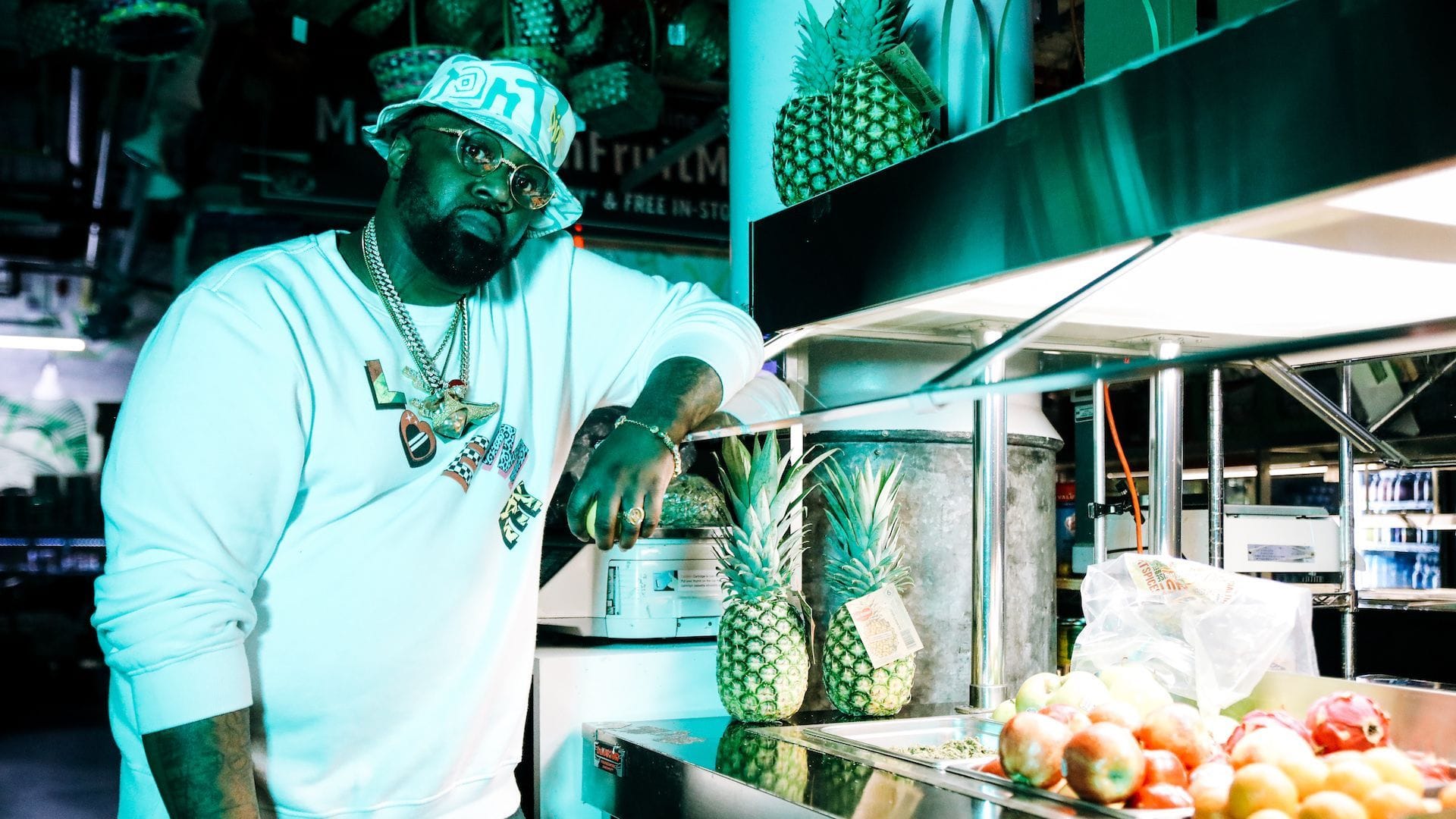 Smoke DZA is here for the long haul. Over the last 11 years, the Harlem rapper has released over 30 projects, founded The Smokers Club lifestyle brand, and has worked with a who’s who of artists from Rick Ross and Curren$y to Benny The Butcher and Domo Genesis. DZA’s track record of consistency is one that most rappers only dream of and has cemented him as one of his generation’s premier stylists.

DZA’s latest project, Homegrown, is no exception. With help from guests like Jack Harlow, Wiz Khalifa, and Jim Jones, DZA kicks raps that toe the line between the lavish and the every day, blurring them in a cloud of weed smoke and wrestling references. DZA’s eye and ear for style have gotten him this far, and he doesn’t plan on stopping anytime soon.

Be relatable. “I don’t do nothing I wouldn’t be doing if I wasn’t making music, so it has to be true to me. Even if I’m telling a story, it has to be relatable to some part or aspect of my life or from someone I’m close to whose life I have a bird's-eye view of. It’s synonymous to who I am.

“The supporters I have wouldn’t support me the way they have if they couldn’t relate to me. We all breathe the same air, so at the end of the day, I’m the same man as everyone else. But I also have this special gift I know how to utilize, and a lot of people can relate to that.” 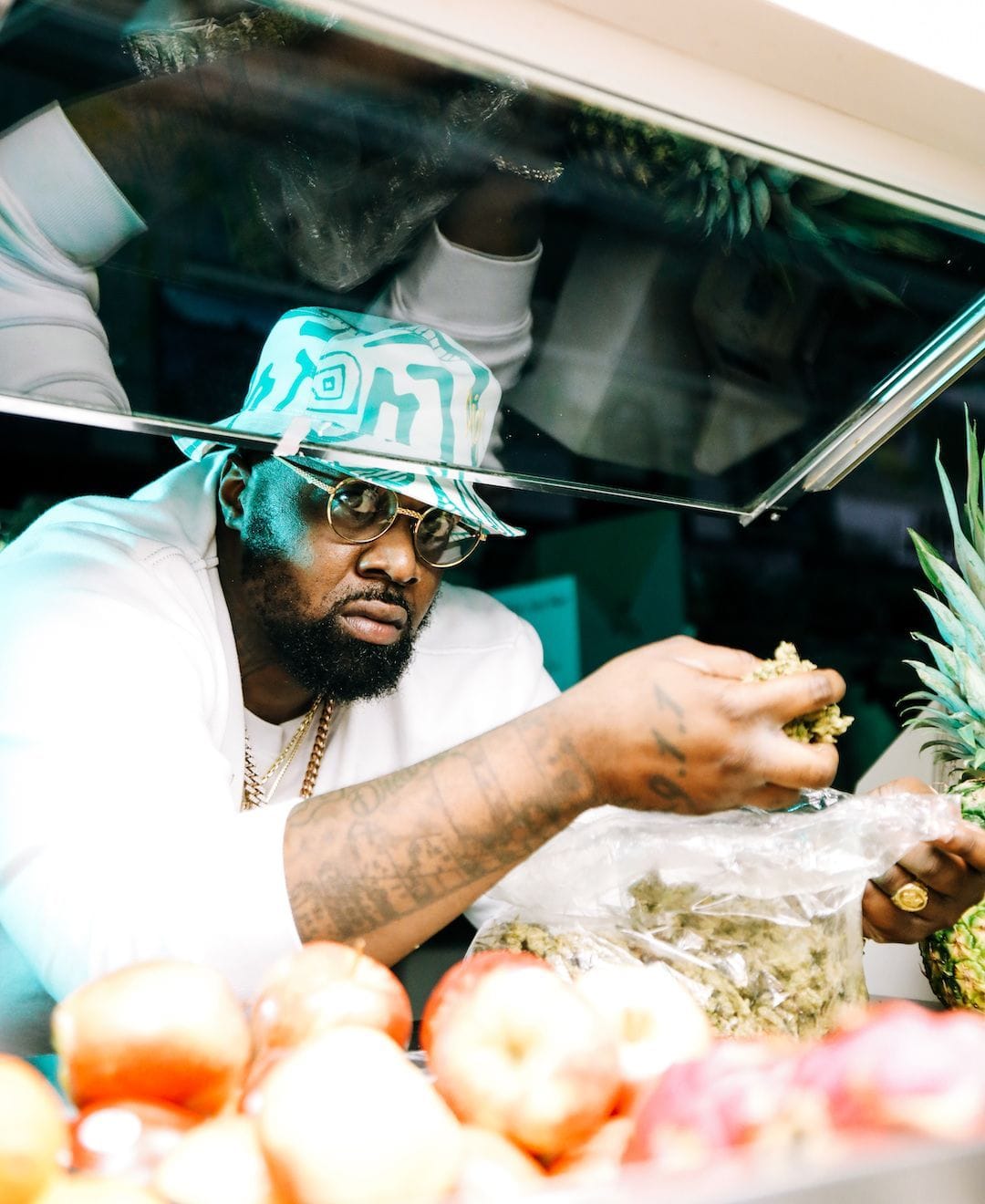 Know your foundation. “I always had the same base. It’s always been bars for me. I still feel like I’m figuring out my niche right now because I don’t stay in just one pattern, but I might’ve gotten to the Super Saiyan of my niche when I made Don’t Smoke Rock [with Pete Rock]. That was my most polished style of all the years; it all accumulated to that moment in time. After that, I elevated even more, but you could listen to that shit now, and it sounds like I put it out yesterday. I was on a God level of rap.”

Be confident. “Not to toot my own horn, but it’s been a lot of artists who’ve worked with Pete Rock. I can’t say everybody has made a classic with Pete Rock. That’s not taking away from anyone else, but that was a moment in time, and that shit’s gonna stand out. It’s hard to articulate that without feeling like I’m poking my chest out. I can write you some raps, but you’re not gonna deliver them like I deliver them. The last one of those joints was maybe The Main Ingredient. [Don’t Smoke Rock] was 20 years after that. Of course, the album would be critically acclaimed because of Pete Rock. But I’m the Smoke DZA.”

Find a balance. “I’m 36, so I’ve seen a lot, and I still have things to see. I’m still fairly young, but I’m not out here turning up every day. Not to say there isn’t music for people to turn up every day, which is fine.

“As for lyricism and picking the right beats and having the right features, I fit perfectly into this landscape because of balance. The landscape right now needs guys like me who are telling stories and giving artists a guideline for not only how to move but execute and prosper their respective brands.”

“A drastic change for me was changing my habit of being late to shit. Sometimes, I still fall behind because life is life, but I’m doing better. I’ve made drastic changes in my infrastructure that may not be visible to the blind eye, but I know. And they’ve definitely improved my career.”

Give your fans something to believe in. “I’m a brand you can believe in. I don’t short much on the work, but I don’t drown them in the work, either. I try to give them a fair share of things to digest, and then I keep the cards going. I’m also the underdog outta this shit. Everybody wants to see the underdog body it.”

Be observant and know when to move. “The secret ingredient to consistency is paying attention to the landscape and what’s going on around you. It’s knowing when to move. A lotta people can move off impulse, but it’s about paying attention and knowing when to test the tides. I’m a fan of other artists, but I’m also a fan of myself. I wanna see what Smoke DZA is gonna do. I’m interested, speaking from the outside looking in. It’s all about timing.” 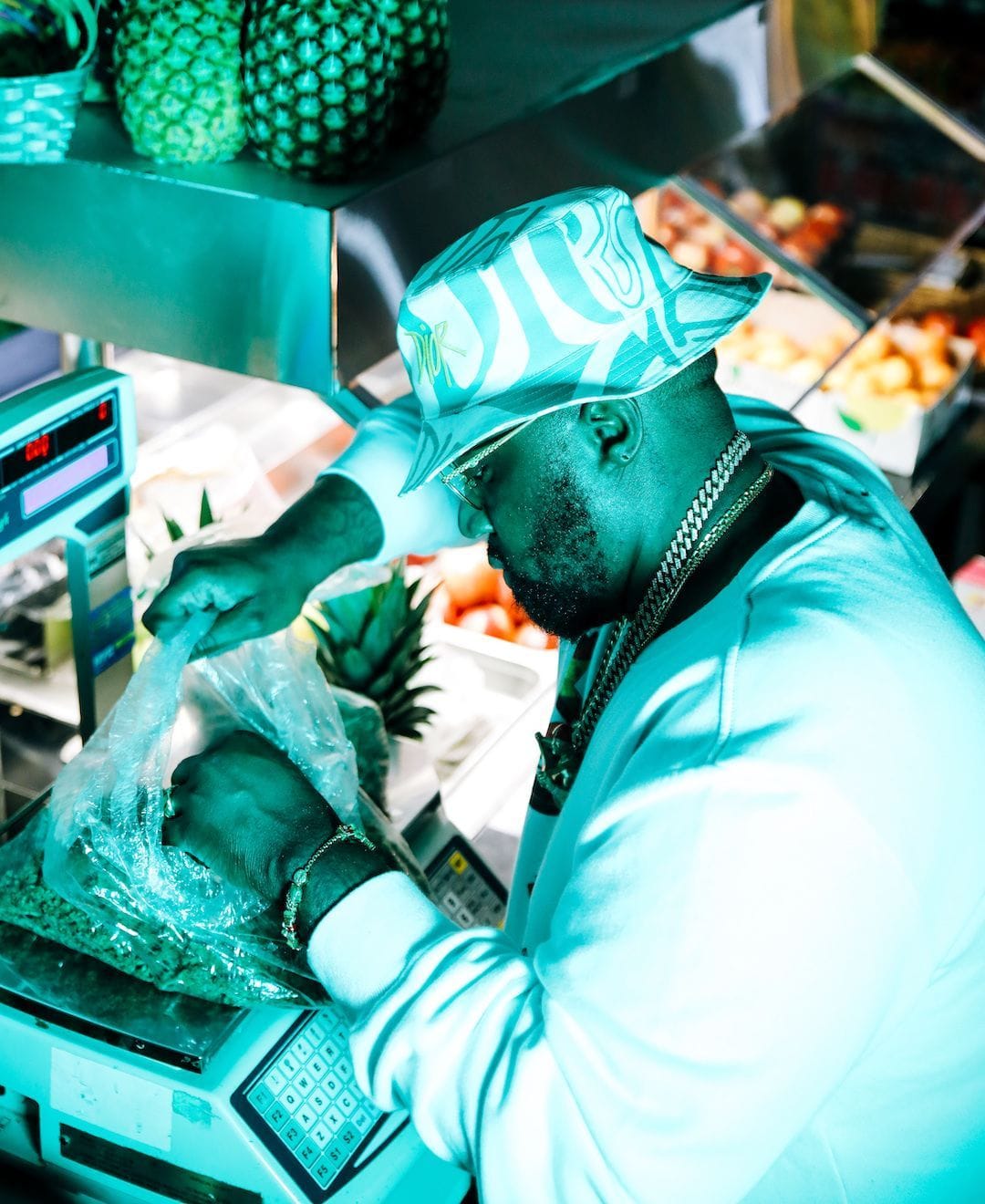 Surprise yourself. “At this point, I surprise myself a lot, which surprises a lot of my friends because they don’t know why I’m surprised; they already knew this. When you’re checking off long-term goals, or even short-term goals, it’s exciting because it’s happening. I always believe, but to see it happening is a whole other form of a win. The execution is a big part of that.”

Find inspiration in the life you live. “I’m very inspired by life. The ups and downs. If that don’t inspire you, then you’re not living enough. I’m inspired by my children and my family and my peers. I’m inspired by walking out and having a random interaction with somebody at BJ’s. Talking to my old heads in my neighborhood that watched me grow up. That shit could inspire a line. I told one of my rapping buddies a few years ago, I don’t believe in writer’s block because if you’re out here living, then that’s what you’re writing.”