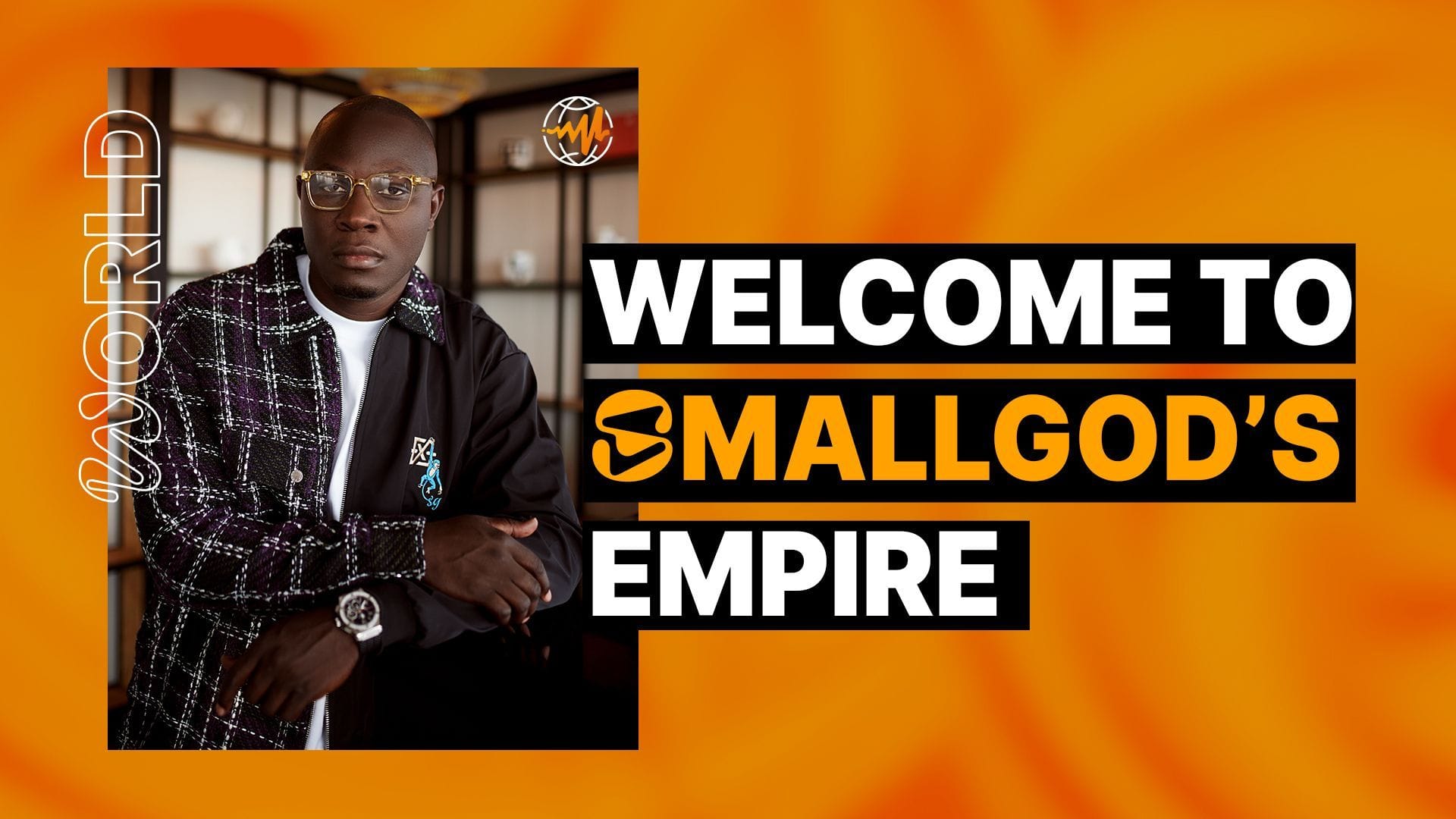 Categories, labels, or boxes often frame the story when you’re interviewing someone, but Nana Appiasei, better known as Smallgod, is much harder to pin down. From London to Ghana, Amsterdam, Jamaica, and back, and a career charting the music and fashion industries, Smallgod has carried and shed more labels than the average person.

Smallgod has been the music entrepreneur with all the industry connections, the super-manager behind artists like Eugy, Wavy, and Lp2Loose, and the fashion savant who turned his travel companion, a blue monkey teddy, into a signature in collaborations with Amsterdam-based Daily Paper and Ghanaian fashion collective Free The Youth. Yet, these tropes don’t give a complete picture.

“Everywhere you go: different labels, you never belong, you’re always the outsider,” Smallgod explains. “That’s why I work so hard. I’m not trying to belong because I don’t want to belong. I just do what I do. I’ve created my own world, and nothing matters in my lane.”

In keeping with developing his own lane, earlier this year, Smallgod dropped his debut album, Building Bridges, an extraordinary sonic journey that can only be described as Pan-African. Smallgod’s viewpoint of uniting Africa and the diaspora is felt clearly on tracks like “Sinner,” which sees Headie One and Lp2Loose exchange bars with budding Kumerican drillers O’Kenneth and Kwaku DMC. On “Fa Ma Mi,” Eugy, King Promise, and Kwamz & Flava flip the classic Highlife ballad into a catchy Afrobeats tune. With each song, Smallgod curates a collaborative kaleidoscope that gives space to reflect and soar through a new, united era of African music. 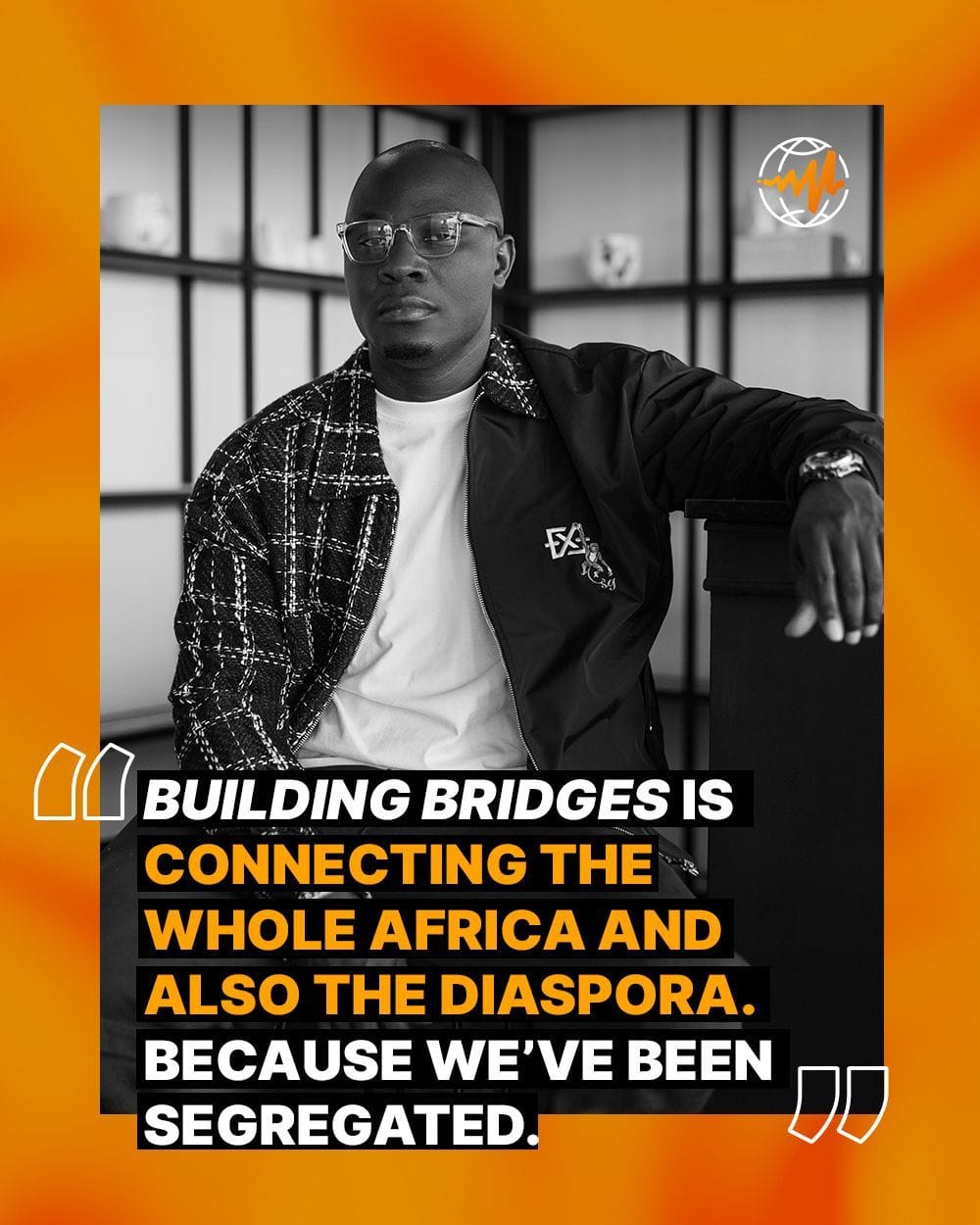 Where did the name Smallgod come from?

It’s actually not a new thing. My grandma gave it to me. Akora-nyame [“Child God”]. So it’s just always been there.

What’s up with the monkey?

That monkey is like my best friend. It’s a toy I’ve had for about 15 years. I used to do a lot of traveling, and I could just up and leave anytime I want. But you can’t get somebody who will be ready to go any time, like me. So that’s what this monkey is. He doesn’t speak. He doesn’t do nothing. Whenever I want to travel, in my head, I’ll be like, “Let’s go,” and he’s ready, holding onto my bag. On my social media, whenever people see the monkey’s moved, that means Smallgod is on the move. Now it’s become my symbol; it’s on the album, I put it on clothes.

You’ve been in the music scene so long. When and how did that start?

There’s never been a time when I wasn’t around music [...] I mean, growing up in London, then moving to Ghana, Amsterdam, Jamaica... I’m always surrounded by a bunch of music heads. I was with all these guys in the studio, just helping wherever I could. With my energy, I connect easily with people. So that’s how the whole thing came about.

I noticed I actually had a whole bunch of people that were around me that always needed help. I said, “Let me try and manage them.” So I started managing artists like Eugy, Wavy, Lp2Loose.

At no point did you want to be an artist yourself?

Nah. Everybody has what they do. I’ve never been the guy that wants to sing. You need to know your place. If you love music, maybe you could help an artist. If you’re not talented, why do you want to be the talent? There’s never been a time when I wanted to be that artist. I had all the connects in the industry, so I just helped connect people.

So when did you decide to release your own music?

That point didn’t really come for a long time. ‘Til maybe [when the coronavirus pandemic began]. So it got to the point where I have all these connections, but what am I doing with them? One day, I said, “Let me take the step.” I mean, if DJ Khaled could do it, why can’t I?

I was stuck in Amsterdam. I couldn’t fly. I had enough time to self-reflect and put the puzzle together. Then I started looking at the numbers in my phone. I had the connections, I had everything in my hand, but it was about making them believe in a dream, in a plan that I have. With some of the artists, it was difficult, but most of them believed in me. Then we took the step. 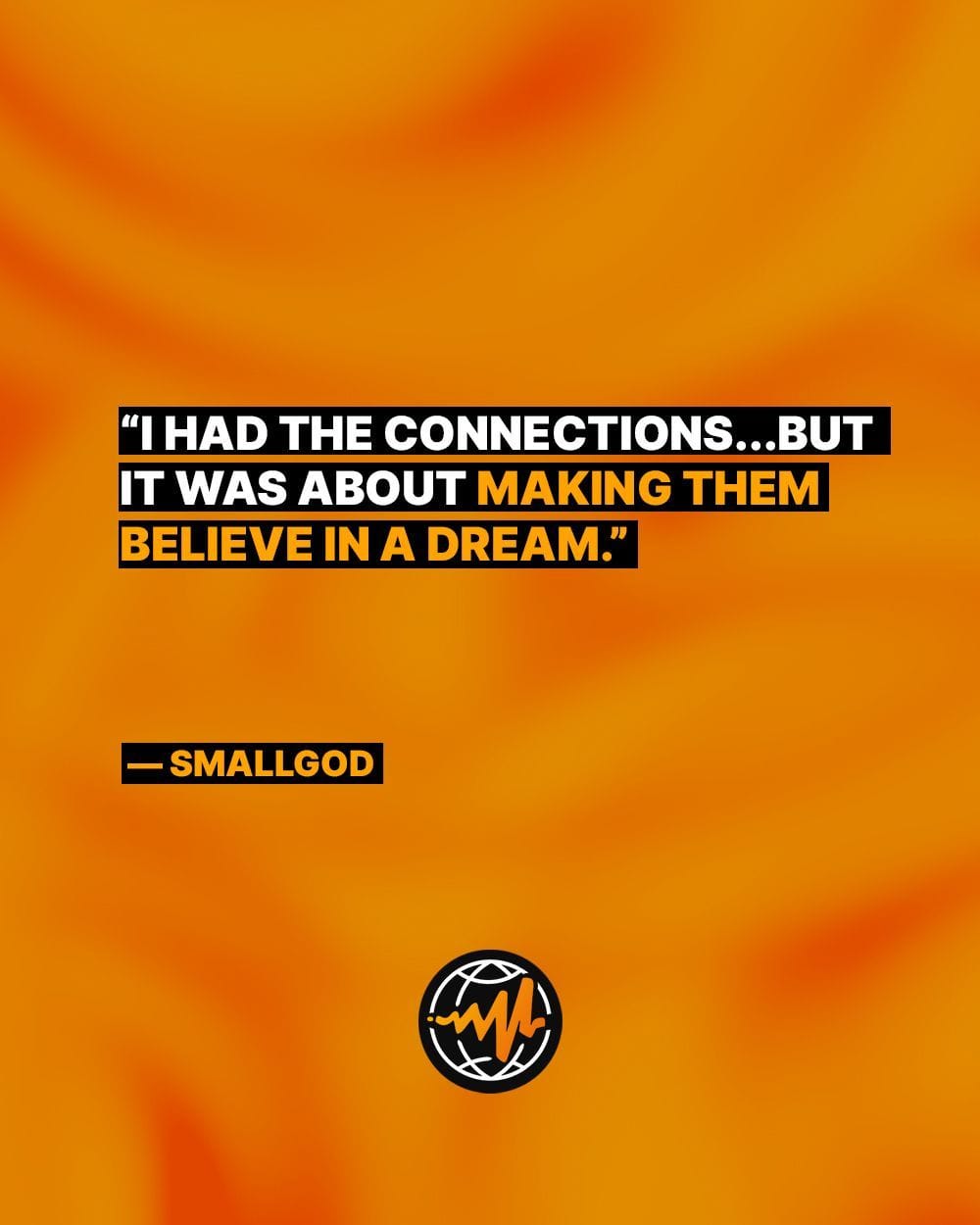 What did you make them believe in? What is Building Bridges?

Building Bridges is connecting the whole Africa and also the diaspora. Because at the moment, we’ve been segregated. There’s West African music, and when you go to East Africa, they have their own sound. When you go to Congo, South Africa, North Africa, they have their own thing. And I travel a lot. I visit all these places; I hear the music, I see how they respect their music.

I’m like, “Hold on. Why are we so segregated if we all have one end goal?” We have a lot of Africans that are doing well in the creative world outside Africa. Go to the UK, and all these Africans are doing their thing. But do we call them Africans? Do we call them our own?

So I made it my job to reach out to all these people to bring them back home and put them on our sound, the African sound. Nobody’s ever done it.

Exactly. They’re all thinking about going outside. It’s okay; it’s a dream. But why don’t you conquer Africa? Let them see we’re actually one people. Then when they open up to us, they open up to the whole Africa. Not just two, three artists from Africa getting a chance.

Do you feel pressure to follow up this album?

The next one’s ready. Connecting the Dots. I wouldn’t say pressure to top it, but I’m going to try my best. I’m just having fun and trying my best to leave a legacy behind. Just giving the people something. There are people that didn’t think it’ll work or people who didn’t know it could even be done. Now they have hope.

What is the future of Smallgod?

The future of Smallgod is a big empire. When you’re doing something for so long, how would you want to be remembered? “He had a dream of bringing all these people together, and this is what he did.”

It’s not only music. No matter where you’re coming from, you just need to connect; you need to belong. I’ve never belonged, so I’m creating my own world. I just want all these outsiders to have a place they’re welcome to create and know they also belong somewhere.