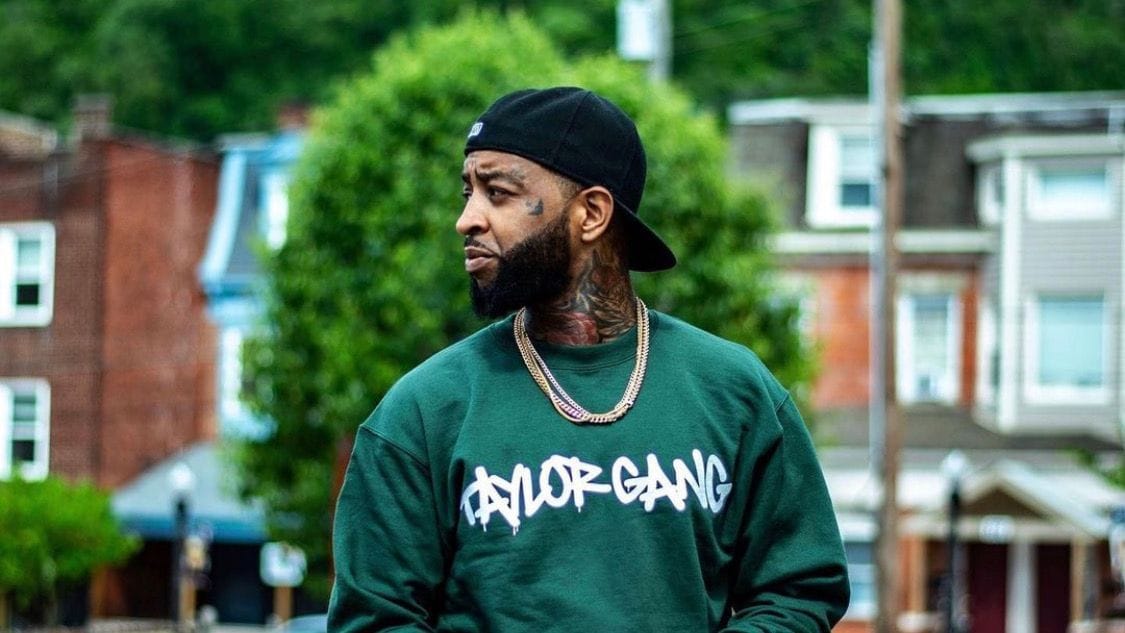 Pittsburgh-born producer Sledgren builds a sonic story using video game sounds and vintage records. Before there was the indie label Taylor Gang, home to Wiz Khalifa, Berner, Chevy Woods, and more, there was just producer Sledgren and Wiz Khalifa. Sledgren’s younger cousins attended Taylor Allderdice High School with Khalifa: “People started telling me Wiz was rapping, and I knew about Mac Miller who went to the same high school. My cousins used to just vouch for him.”

Wiz’s willingness to bet on Sledgren shifted the producer’s music from a game to a business. Best known for his work with Wiz, Curren$y, Mac Miller, Berner, and more, Sledgren admits, “There was a time and point where I didn’t like my beats, where I didn’t even care to play them for people.”

Sledgren and Wiz grew from a hometown fanbase to selling out stages across the country. “I knew it was real before then, but just seeing that I was making stuff at my grandma’s house and going on the road, and seeing that people are lined up outside just to get in, that’s when I knew this might be serious,” Sledgren continues.

Sledgren’s production game only continues to expand. Most recently, he worked on PG County rapper Premo Rice’s album, Church is on the Move. This fall, Sledgren released his own project, Weed Farm Instrumentals. Earlier this year, he became the first producer signed to EMPIRE.

Below, Sledgren explains his 10-step guide to building a signature sound while working with emerging artists.

Use your best judgment when deciding who to work with. “I have to feel the energy. It’s normally a whole vibe I get from someone I decide to work with. It’s a whole vision. I can see where we can work or grow. I see where they are moving. I can see the integrity the artist has.”

Be willing to grow. “It’s a great idea to sometimes work with artists who are just getting started, even if it is a little rough. You have to be willing to grow with them, no different than you are growing yourself.”

Start local. “Start with the best people in your area, who you are compatible with, and try to grow with them. Prove you can grow with artists at home and around the world.”

Add dimension to your sound. “I studied a lot of music and production. I understand what they are doing. I add small textures and different production techniques I think certain producers wouldn’t do or wouldn’t add together. Not saying it is original or brand new, but something to compile odd patterns and make it myself.”

Stay true to what you love. “I remember being younger and hearing music in video games and saying, ‘This would be cool to sample.’ So when I started making beats, a lot of those games I went back to.”

Don’t be afraid to figure it out as you go. “As long as I create the art and have places for it to be distributed to... I have a team that helps me with that, but I try not to stress myself about organizing it before I create it.”

Mutual respect is important. “Wiz and I both have mutual respect. We both sold millions of records together. We’ve toured for millions. I think it’s more of a mutual [respect], but I would say he waited to trust me first, even if that’s not totally true, I just feel like that.”

Pay attention to who you are surrounded by. “Make sure you don’t have clown people who don’t have that much talent get on your stuff if you are trying to portray your art differently. You have to watch just putting different people on your music.”

Don’t rush the process. “I like to sit with the order, and I like to do post-production, skits. I like to make sure everything is mastered, and then I start to think about it being complete. Like I’ll start playing it for people and having [listening] sessions. You are supposed to just see how people like it and respond to it. Getting the music is normally the easy part, but stringing it together and making it a movie, making it some sort of audiovisual, that’s the hard part.”