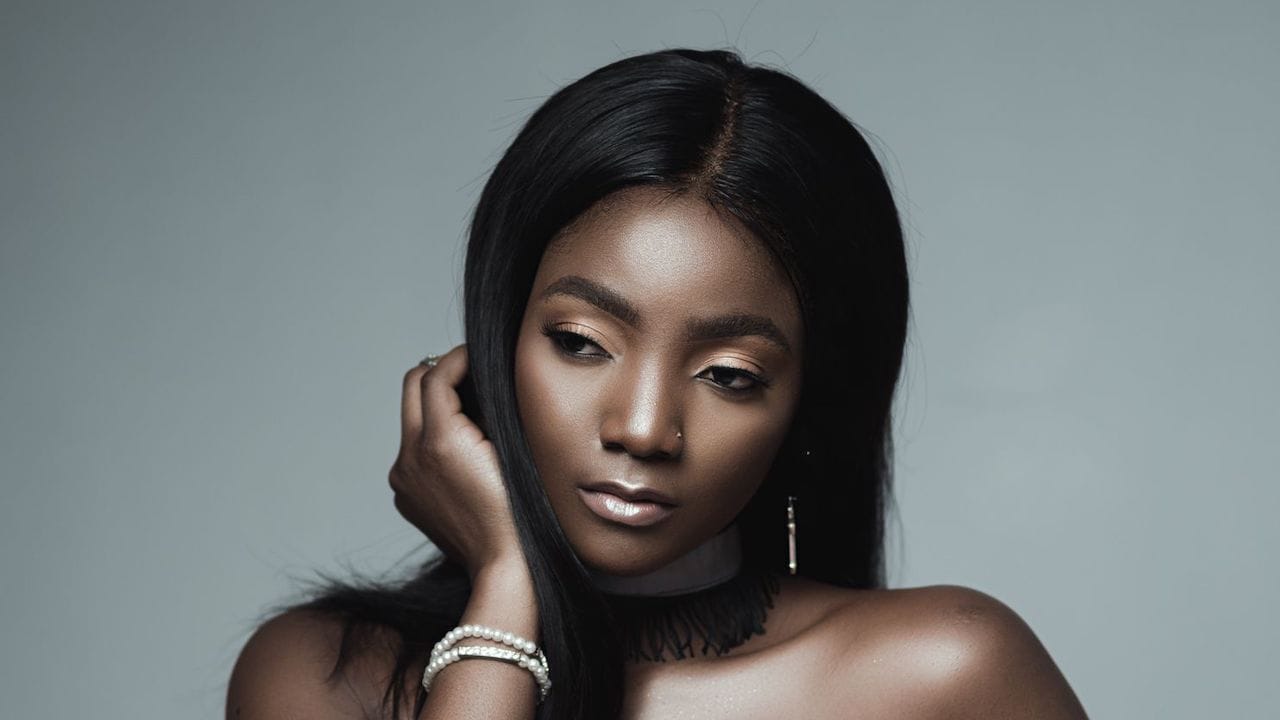 Hailing from Surulere, a suburb in Lagos, Nigeria, the multifaceted singer Simi was well on her way to becoming a pop star since she was a child. However, before making her way into mainstream music, Simi began with a career in gospel music, which lasted for over a decade. Come 2017, Simi’s studio album, Simisola, showcased her global appeal, peaking at No. 5 on Billboard’s World Albums chart.

Since then, Simi has been navigating an industry that would benefit from giving women their deserved platform. Across her career, Simi remains consistent with her strong delivery of melody and lyrical content, and her ability to make magic with her collaborative projects, including the Chemistry EP with Nigerian rapper Falz.

RESTLESS II, released October 2, 2020, is another powerful melodic offering from Simi. She shares her love of R&B on the five-track project, crooning with tales touching on the complexities of love and relationships.

Simi notes she was initially hesitant about diving head-first into an R&B project. Still, with a little nudge from fellow artist and husband Adekunle Gold, she eventually came to love what she was creating and wanted to share it with the world. Tracks featuring the likes of AG, UK-based rapper Ms Banks, and fellow singer/songwriter WurlD are a testament to Simi’s intentional and genuine approach to collaboration, as the need for the creative process to be organic is of paramount importance. 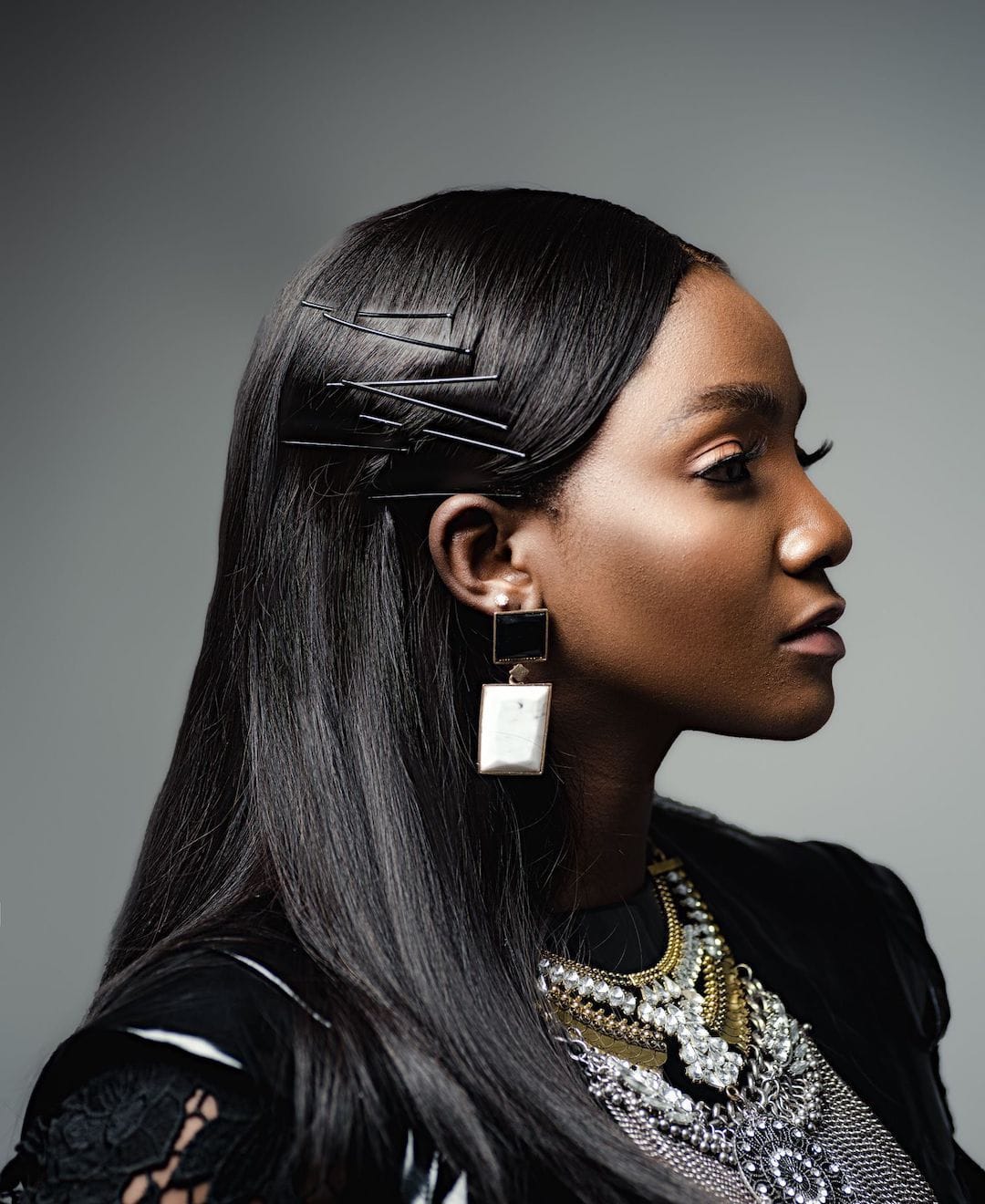 Would you consider R&B to be a genre that’s one of the foundations of your sound?

I could say so—before I started to do mainstream music, I did quite a bit of R&B, but I started to do more of Afrosoul/Afropop. But [R&B’s] a genre I definitely delved into when I was starting my career.

Do you see any connection or parallel between those sounds and R&B? Is that something you’re trying to fuse together with this EP?

There was a little bit of fusion in this EP—

I noticed that with the track featuring Ms Banks, “THERE FOR YOU.”

Yes. I also want people to listen and hear me in there, not just that I’m experimenting the whole way. I still wanted to keep my signature sound, so I wasn’t completely deviating from what people knew from me. So there was definitely a fusion.

Your melodic and catchy hooks are what has gripped me to your sound over the years. How would you describe your songwriting process? Is the hook a starting point for you?

Every song is different, so it depends. With [“THERE FOR YOU,”] for example, we had a different verse so, it started out as an entirely different song initially. But the hook is what struck me the most, and I just completely scrapped the first verse and rewrote it. With other songs, I’ll get a melody, and I can determine if it’ll make a good hook or pre-chorus, and I’ll build from there. When I start from scratch, I start from the verse and move forward from there. Sometimes I’ll have the verse ready, but the hook won’t come to me for a month or two.

I don’t try to force the process.

Was the EP produced over time? Or was it something you produced during these times where our movement has been limited?

I started to work on the project late last year, and I was still pregnant at the time. It was kind of difficult due to me having a tough first trimester, so I wasn’t very inspired or motivated. But I would take a few minutes, almost every day, and I would write what I could. I just took my time—I didn’t rush it so I wouldn’t put pressure.

It was new ground for me because I had never done R&B on this scale.

Alongside learning how to take your time with creating, are there any other lessons you took away from producing this project?

One sure lesson was to trust my own skills. I usually do, but sometimes when you’re experimenting, you’re not sure how people are going to take it. There can be a tendency to want to question yourself—should I make the verse more Nigerian? More African-sounding? If it’s going to be pop the whole way, should I leave it that way?

I just learned to trust my instincts more and that the people that love it are going to love it. At the end of the day, I think if the artist is not enjoying what they are doing, then it’s hard for them to get anyone else to enjoy it.

Is that how you were able to tap Ms Banks, WurlD, and, of course, Adekunle to collaborate with you?

I didn’t want to do any of my usual collaborations, so my team and I worked out who we think would work best on each feature. The song with Adekunle started out as his song at first, and then I actually begged him to let me do a verse. He then suggested I put the track on the EP, and I was so grateful because I really, really love the song. I felt like the energy went with the rest of the project. Most of the best songs have an organic process due to that trust. I didn’t try to overwork it; I just went with what worked.

I’ve noticed you and Adekunle Gold collaborate in general—it’s a beautiful thing to witness as we don’t see too much of that dynamic in this space. How has that aspect of your relationship with him evolved with regards to your respective artistic growth?

Both of us are blessed in that because we are in the same industry, we do the same kind of work. It’s easy for us to bounce ideas off of each other, not necessarily when we’re collaborating, but also with our solo endeavors. We vibe off each other’s energies, and that’s always worked for us. It’s good to have someone that talented in your corner because it has helped me, and I’m glad I have someone who is not just my partner but also gets my work brain. It’s more than a plus—it’s like a plus plus.

Overall, how has your audience received the project so far?

Really amazing. I wasn’t even sure how people were going to react because, like I said, no one has heard me do R&B that deeply. People acknowledge that it’s different but tell me that it’s fire, so I’m glad I took the chance. We’re still pushing the project—the next single will be my favorite song on the EP, “THERE FOR YOU.”