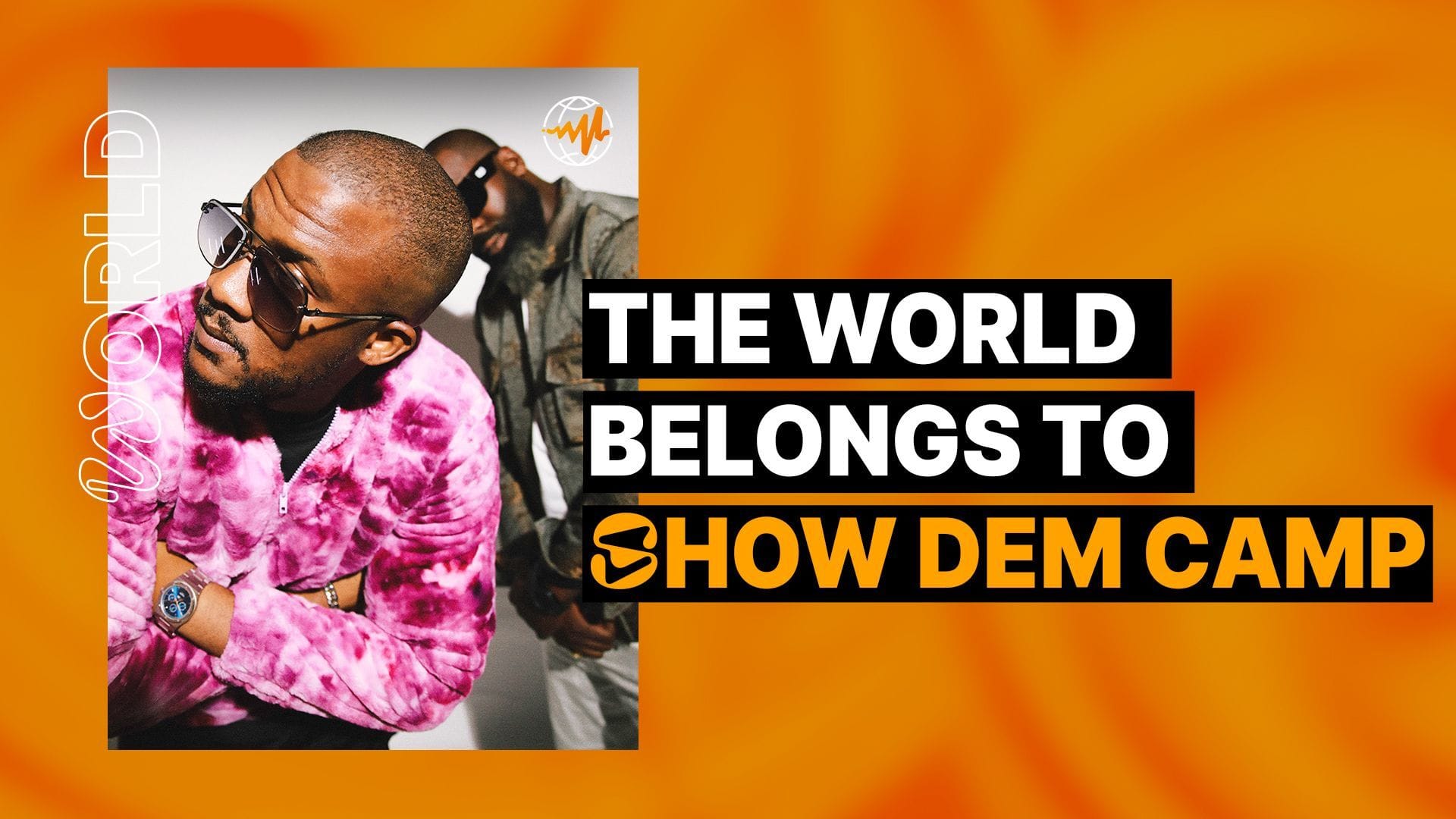 “We do not follow trends,” says Tec of Show Dem Camp. With nine projects in 11 years, Show Dem Camp has become a crucial voice in Nigeria’s contemporary music scene. Having made their name through insightful commentary on societal and political issues backed by top lyricism and hard-hitting instrumentals, the rap duo later incorporated smooth melodies into its sound, which not only opened it to a new fanbase but made it relevant in the Afrobeats era.

Members Ghost and Tec have offered insightful socio-political commentary that has resonated with young Nigerians via its Clone Wars series. The latest installment, Clone Wars Vol. 5 - The Algorhythm, touches on the COVID-19 pandemic, the End SARS protests, and the emotional turmoil of dealing with Nigerian politics. “We have always gravitated towards music that involves social commentary,” says Ghost. For both rappers, honesty is a defining ethos and a principle challenged when they tried their hands on overtly commercial music early on. After the unpleasant experience of chasing the crowd, they have doubled down on rapping about their struggles and their environment.

When not rapping about societal woes, the artists deliver an outlet for escapism with their Palmwine series, providing levity from their otherwise hardcore style. The breezy, feel-good series has churned out hits such as “Do Me Nice” featuring Buju, “Popping” featuring BOJ and Odunsi, and “Legend” featuring Burna Boy. This approach was inspired by the laid-back 2013 hit “Feel Alright” featuring Ladipoe and BOJ, which helped the group gain access to the mainstream without losing its identity.

Between these two series, Show Dem Camp now has its sights on conquering the world. “My uncle used to tell me we needed a shrine, and I got what he meant in terms of finding our tribe and building our own fanbase,” Tec explains. “We started the Palmwine Festival. I think that has been the quickest thing to help us get our brand global. Now we have done a Palmwine Festival in London, and we are aiming to do one in New York. We are not afraid to start small. It could be 100 people in the venue in New York—we don’t care. We are still building something.” 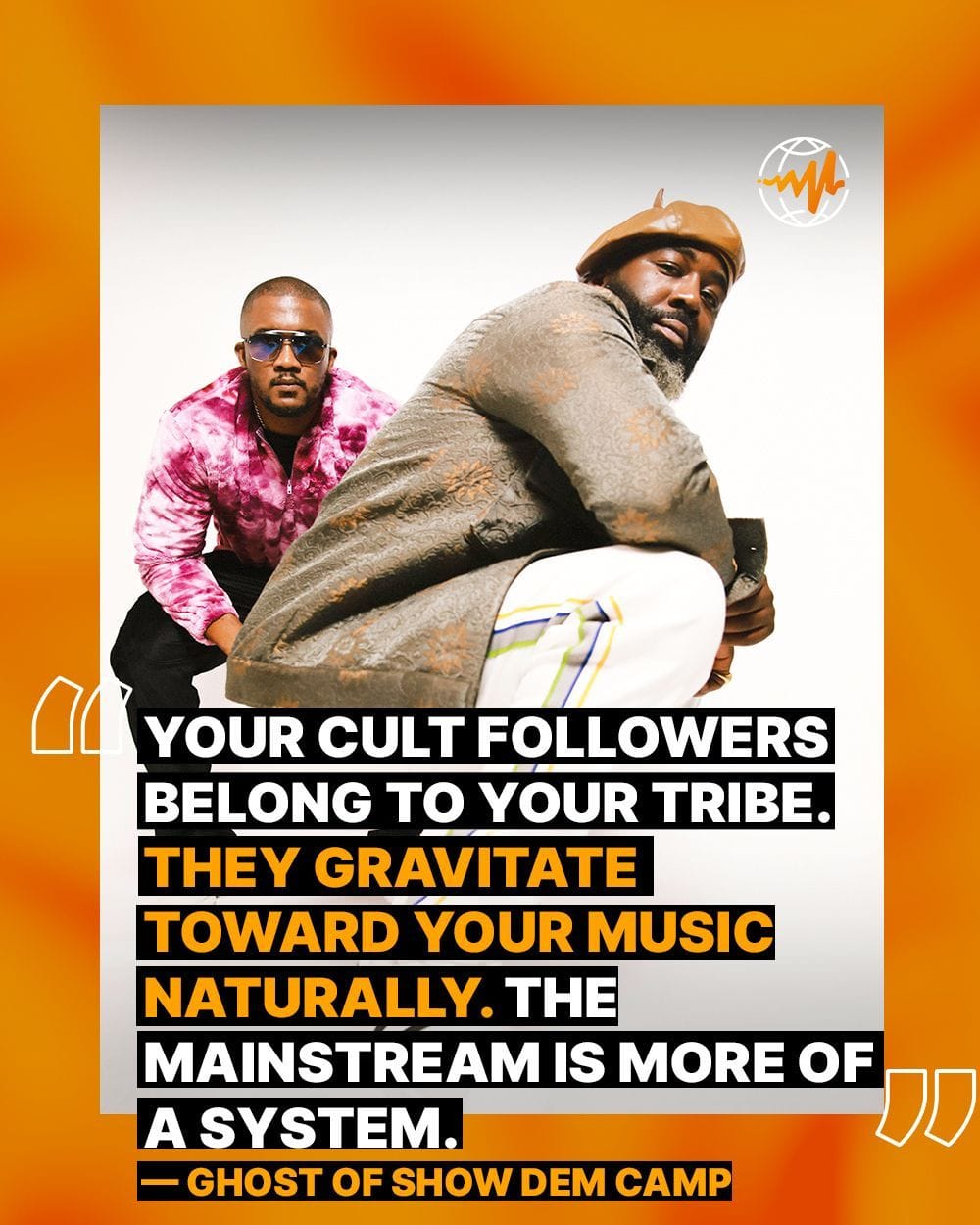 What makes Clone Wars Vol. 5 different from the others in the series?

Ghost: The recording process was different. Usually, when we record, we are both in the same studio or at least in the same country. This time we were in different countries. The recording process was different and, with the lockdown, it made it more different. That in itself made the process of recording, in terms of how you think and approach music, different. Normally, we feed off each other’s energy, get our guys in the studio, crack jokes, and put all that in our music. This time it was very much digital. This was kind of a reflective album.

Tec: The recording process is reflected in the title of this project because all of last year, all the information we were receiving was through our phones and computers. We were sending each other files and voice notes. We were building the project in this new dynamic, the new normal the world has suddenly shifted into. For me personally, it was probably my most difficult project to write. I wasn’t in the right frame of mind, or I wasn’t in the right space a lot of the time.

You also have the Palmwine series, which is more laid-back and fun. How do you juggle between two heavily thematic projects?

Tec: At the end of the day, as individuals, some moments we speak about Nigeria, and some other moments we are dancing to “Essence” by Wizkid featuring Tems in the club. Our lives are filled with these juxtapositions. You have your serious moments, and you have these moments where you want to have a good time.

Ghost: The Palmwine series actually involves living the experiences and going out. For me, I have to get into that kind of mood to get into the Palmwine vibe. Recently, with COVID and everything, it’s been hard getting into that groove. That is why Clone Wars probably came first because it is more reflective.

If you analyze some of the music we put out under the Palmwine series, you will actually realize that the sonic palette is different, but in some of the records, it is not all about the groove. There are some thought-provoking records, too.

Are your fans ever going to get the official sophomore album?

Tec: We have a couple more projects coming that we are almost finished doing right now. After these two projects, how do we get into a new space?

The Clone Wars and Palmwine series feel like coloring books. The challenge now is how do we turn a fresh page and build towards an album. Eventually, going into next year, when we drop the next two projects, it would be time to create with no boundaries. 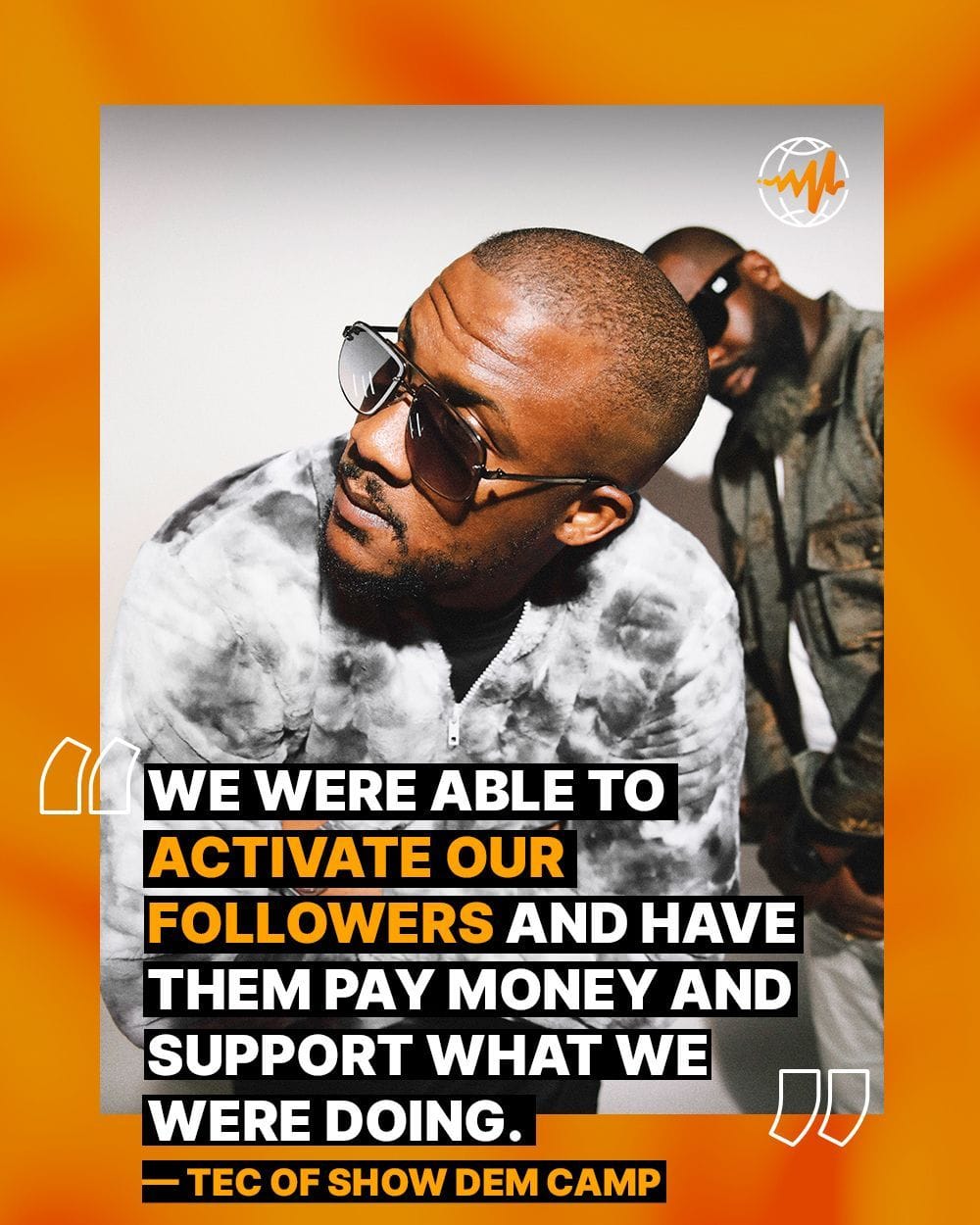 In a 2010 interview, you guys said you wanted SDC to be a global brand. How far along are you from achieving this?

Tec: One of the things we identified post-2010 was we were making songs that we were not necessarily feeling. We were making some songs with a commercial mindset. We did mainstream shows that gave us little sets. We were not enjoying it anymore as artists and live performers. We asked ourselves, how do we get back to what we originally enjoyed? We enjoyed making “Feel Alright,” so we decided let’s focus on that and let’s create our own live experience.

There are some [future] projects we have that feature international acts. We are trying to expand more with the features, the festival. Slowly but surely, we are beginning to open a few more doors.

Have you thought of doing joint solo albums like OutKast?

Tec: I would love to. I have told Ghost this a million times. I would actually pay money to hear a Ghost album. Show Dem Camp is a balance. If I’m being completely honest, a lot of conversations around Clone Wars have been driven by Ghost. I still feel even though most of it is his vision, I sometimes water down the vision. I would love to see his undiluted, unfiltered vision for the duration of a project. Also, I don’t see any better rappers than him, in my opinion. My own project would be the Palmwine vibe with a lot of features.

Which is harder, cultivating your fanbase or attracting mainstream consumers?

Ghost: I think attracting mainstream consumers is a harder route because cult following comes from a natural identification with your music. Your cult followers belong to your tribe. They gravitate toward your music naturally. The mainstream is more of a system.

Tec: I was listening to a Nipsey Hussle interview, and he said he only feeds his cult following. I see a lot of value in that because when we did the first Palmwine Festival, we earmarked the space for five to six hundred people and 2,500 people showed up. We were panicking during that Christmas period because I had gone to concerts of bigger Nigerian acts that had huge followings on social media, and many people didn’t show up.

We were able to activate our followers and have them pay money and support what we were doing. They bought into the music and us as artists. Your core following holds you to the standards you have set. I always say it is more important to have fans than followers.