Los Angeles rap group Shoreline Mafia link up with Audiomack for an interview about all things West Coast hip-hop. 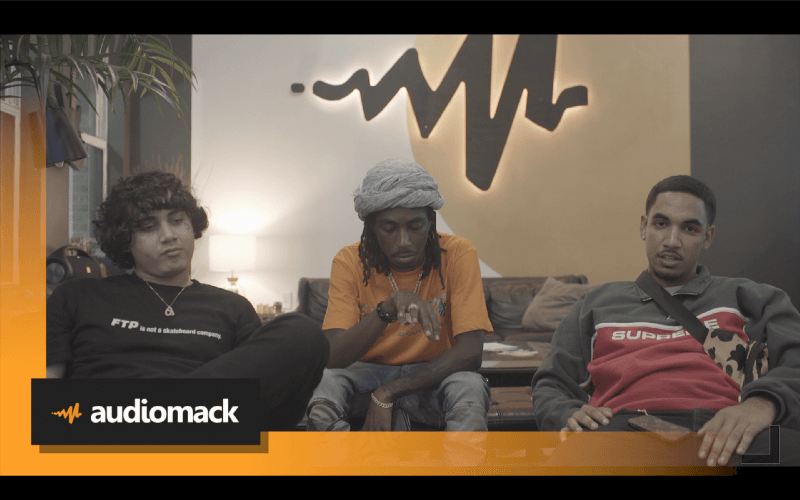 One of the most exciting rap groups coming out of Los Angeles, Shoreline Mafia link up with Audiomack for a brand new interview. Previously featured as contestants on the Doink Off, the group is back to talk all things hip-hop groups and the incredible West Coast rap renaissance.

“None of us the same as nobody else,” Fenix explains. The West Coast is having such an impressive and sustained moment because of the explosion of young talent and constant output of bangers. Los Angeles in particular has a unique energy, and as Ohgeesy points out, they can’t even describe the energy of other cities. They’re not on the same level.

The group also break down the importance of live shows to upcoming rappers. “You can’t turn up the show, then your fans obviously not feeling you that much,” Fenix suggests.

“I feel like, if someone don’t know our complete catalog of music, when you get to a show and you hear songs that you’ve never heard before, that you didn’t know we had, but you see the rest of the crowd going crazy, singing it, it’s gonna make you wanna go and listen to our shit,” Ohgeesy adds.

As for the legacy they want to leave for the next generation of rap groups? “Stop lying,” they say in unison. Where hip-hop can be starved for authenticity, Shoreline Mafia are always talking their shit and always telling their truth.

Check out the full interview for more insights on rap groups and the West Coast music scene, and check out Audiomack’s official YouTube channel for interviews with the YBN Crew, Cole Bennett, Yungeen Ace, and more.