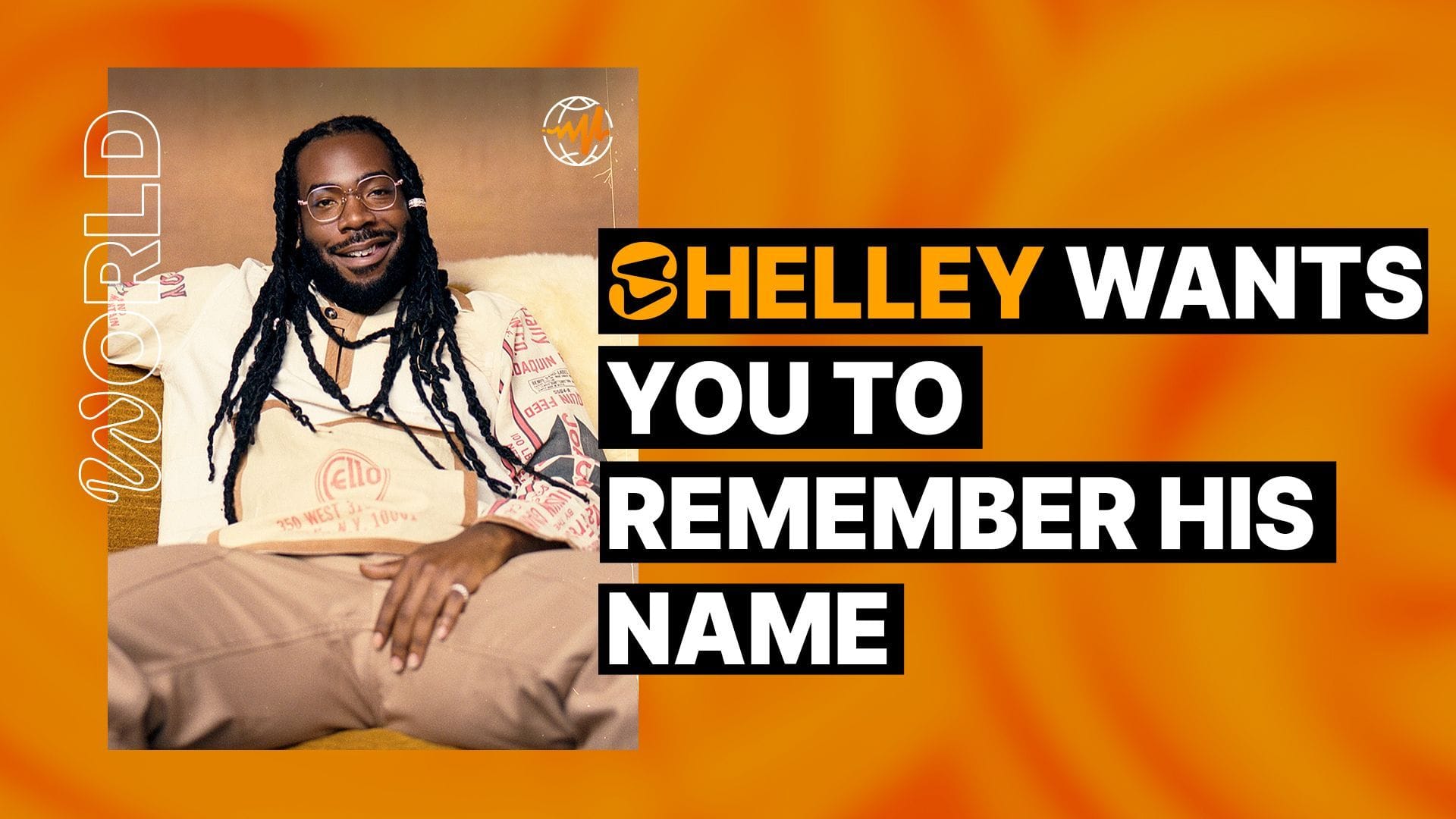 To Shelley, a distinct name is everything. In 2014, the Virginia-born singer released his debut project, #1EpicSummer—which was re-released as the EP #1Epic a year later—under the name DRAM. The acronym, short for Does Real Ass Music, was a code he promised himself he’d live by as music became a career. “It was just a reminder that whatever I lay down, it has to be true,” he tells Audiomack over Zoom. It was a decision he’d live to regret.

By 2016, Shelley had two enormous hit records in “Cha Cha” and “Broccoli.” Both songs were colorful and jumpy but not reflective of the music he enjoyed making the most. “It got to a point where people were like, ‘Oh, I have the perfect beat for you,’ and it’s [hums ‘Cha Cha’],” he explains. He was keener on making intimate songs like “Caretaker” from his Gahdamn! EP and “WiFi” from his major-label debut Big Baby DRAM. In an attempt to refocus attention to the sounds he preferred, the name DRAM was abandoned, and Shelley, his birth name, was a natural fit.

His latest project, aptly titled Shelley FKA DRAM, wastes no time in embracing the sounds of R&B and soul. The songs, which range from solo ballads to duets to a Daft Punk cover, follow a loose narrative of love found, lost, and stressed over; “a story without a storyline.” The production is lush and stately, making ample room for Shelley and guests like H.E.R. and Summer Walker to create music for people to live life with. 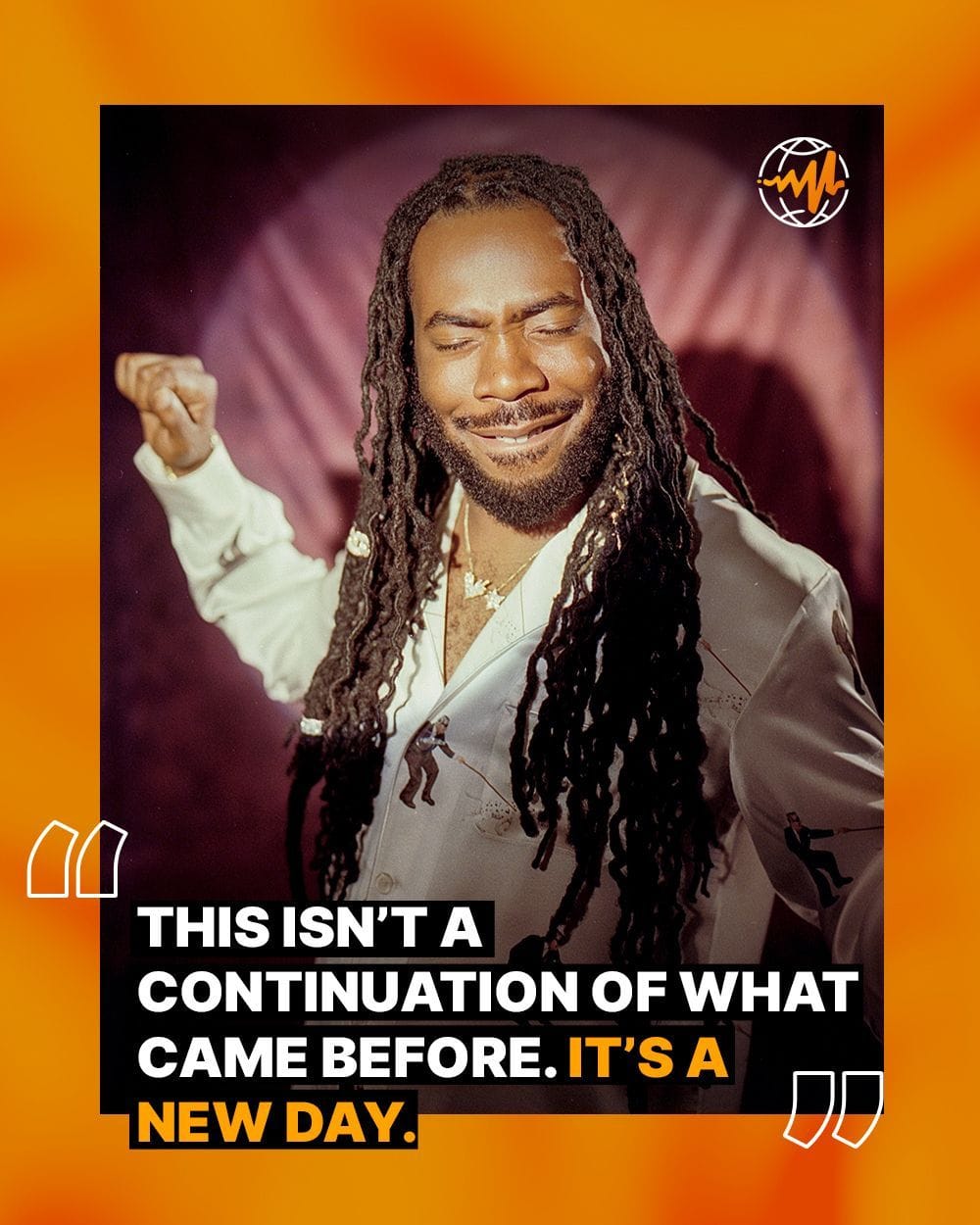 “This isn’t a continuation of what came before,” Shelley tells me when I ask what he hopes the rebrand will accomplish. “It’s a new day.”

What initially inspired you to take on the name DRAM?

It was just a reminder that whatever I lay down, it has to be true. True to me, authentic to the artform, everything. It has to feel seamless. Just a real form of expression. As long as I stay with that credo, I thought I’d be straight.

It’s been five years since you released your last project, Big Baby DRAM, which felt like an introduction in its own right. What inspired you to abandon the name DRAM and adopt your birth name Shelley instead?

I felt as though DRAM was becoming a thing that was separated from Shelley. The records that were so big painted a picture for somebody who’s not really a true fan but will look at it and say, “Oh, I know who that is.” Those records, “Broccoli” in particular, are what’s associated with DRAM. Countless times, I’d go somewhere, and somebody would just yell out the word “broccoli” to me. Before “Broccoli,” they would yell out “Cha Cha.” It got to a point where people were like, “Oh, I have the perfect beat for you,” and it’s [hums “Cha Cha”].

The true layers of what makes a true fan is the b-side, the sensual vibes, stuff that’s not all the way on the airwaves. That was the stuff I enjoyed making and performing the most. I would get mad new fans every time I touched the stage because even if you didn’t know what to expect, you’d leave feeling like you got something. Going forward, I wanted to leave out that… what would you call it?

That stigma attached to the jumpier records.

Yeah. Whatever you thought was the catalyst of my whole makeup, let me show you what it’s really about.

Me going onto Shelley, my God-given name, it’s still on the same scale as using the name DRAM because that was just a credo: Does Real Ass Music. As Shelley, that’s just me. It’s touching into the more personal and grown aspects of where my life is right now. 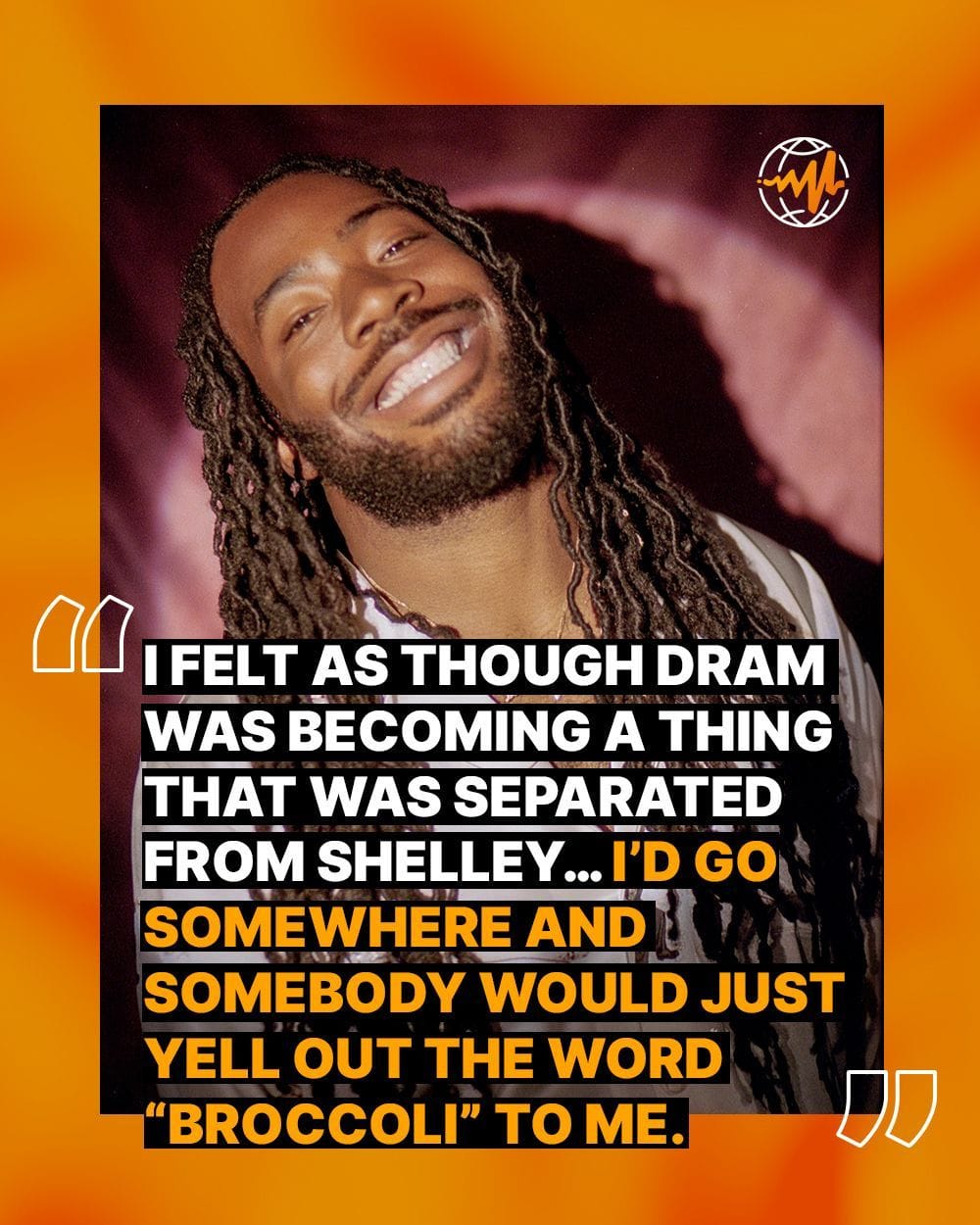 Did you feel any fear in rebranding after you became “The Broccoli Guy”? Are you afraid of confusing or even losing fans in this transition?

No, no, no. I never wanted to be branded that. “Broccoli” was a record that was supposed to be cool for the pool. I had no idea it would come to encapsulate what my real range was. I appreciate all the opportunities and successes that came from it, but I also acknowledge the sheer scope of how far that shit reached. It was to the point where for the average listener, that was my only thing. Who wants that? Especially me doing what I do. If all the gatekeepers or whatever you wanna call them know exactly what I bring to the table as a whole—on the scene, behind the scenes, production, composing, all of that—and the average person only thinks of that jumping around shit... Like, I’m not going to the pool today. You know what I mean?

From my perspective, you felt pinned down and wanted to use the name change as a way to recenter and reintroduce yourself. Is that what you feel this rebrand will help you accomplish?

Yeah. It’s like I’m stepping out as a brand new artist. It’s me taking everything I’m appreciative of and leaving everything else from the previous chapter on the table.

As I move on and grow with this, I know it’s a lot of work that needs to be put in. This isn’t a continuation of what came before. It’s a new day. It’s my job to wake people up to it and make sure they rock with it. I know I dropped [Big Baby DRAM], and then I went back in the shadows, but this time around, I can’t even stress to you how much we got in the chamber. It’s all very focused.

Shelley FKA DRAM definitely sounds more mature and focused than Big Baby DRAM. There’s no jumpy hit single like “Broccoli” or “Cha Cha” here. My first reaction after listening was to call it your grown-and-sexy album. Was that your intention?

It was more so documenting the different stages of love: the getting to know you part, getting engulfed in it, the “I’m tired of you” part, the “I’m fucking around and living loose” part, the “I miss you and maybe want you back, but I’m out doing shows because this is my life” part. It’s a story without a storyline; it’s for you to connect the dots. It’s very much my experience, but I like to put it out in a way that’s relatable. It was a method and a madness with the songwriting style. I wanted to bring back the way a song used to feel.

I wanted you to be able to get it immediately and to be able to live your life with it, not for it. You can clean your house or talk to your friend with it playing in the background. I want it to enhance your life and whatever you’re doing. It’s a great way to introduce this new approach, this new beginning.

What’s the value of having a strong name—whether as a brand identifier or just as a person—in 2021?

It means everything in a world where it’s so much fucking white noise. There’s so many things out there just meant to take away your attention. You’re in competition with everything. You gotta tap out of that online shit to get this music out, but in order to spread it around, you gotta be tapped in at the same time. It’s wild. You gotta make sure whatever you have is strong enough for you to stand on. As you’re walking around and you’re yelling, “Hey, my name is this”—whether it’s online or in-person—if you don’t stand on that shit, it’s gonna be caught up in the white noise. You gotta cut through glass.