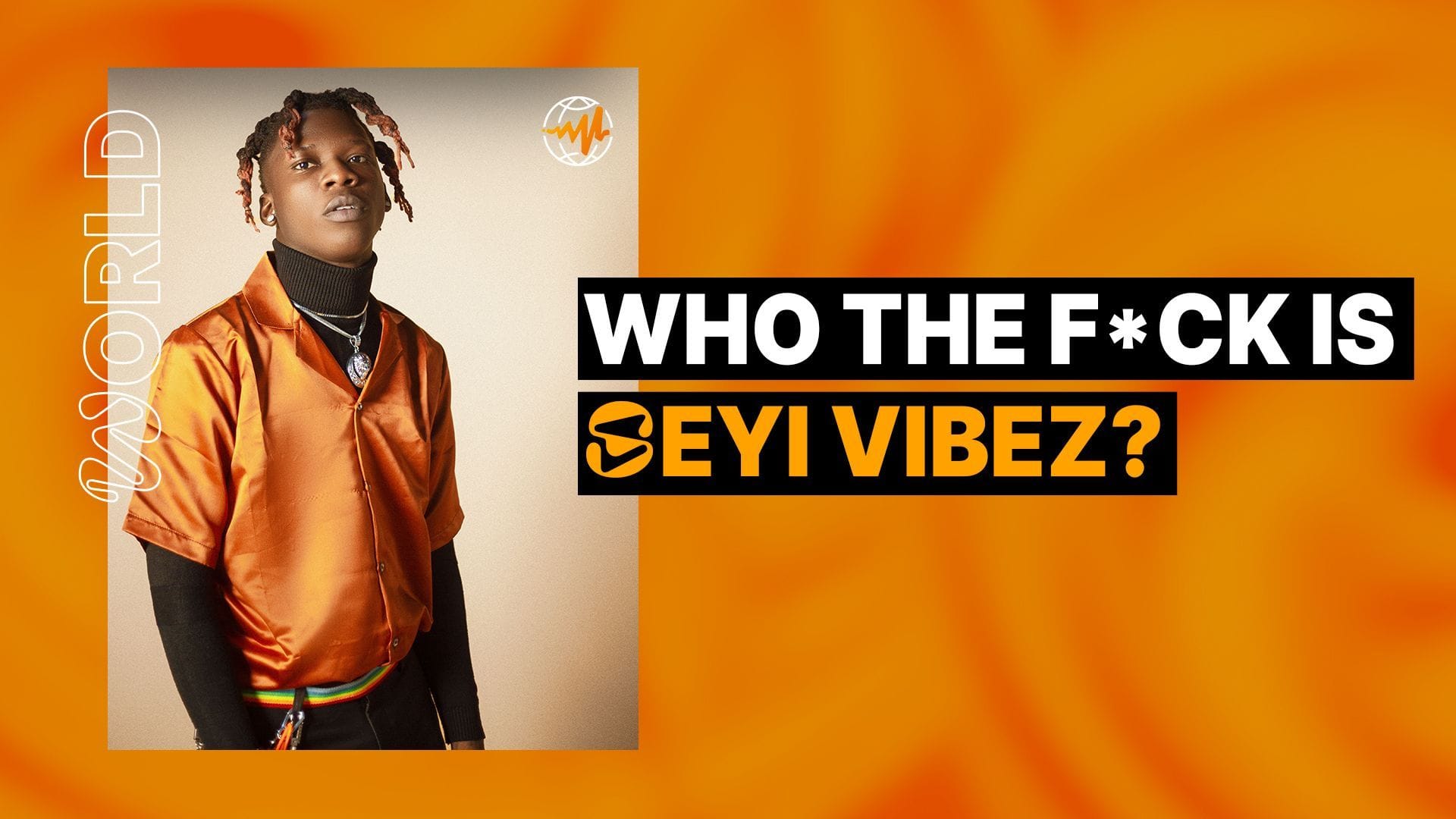 Seyi Vibez sings with the calm certainty of a superstar. Since stepping into a studio seven years ago, he has perfected his trappy blend of hip-hop and traditional African sounds. 2020 marked the 21-year-old’s breakout with the runaway success of “God Sent,” a preternatural declaration of his status as a generational talent.

“Sometime last August, my blogger friend, Vibez Loaded, dropped ‘God Sent’ for me,” Seyi, born Oluwaloseyi Afolabi Balogun, says about the song’s unexpected success during a call in June. “We didn’t have any money for promotion, but he had a platform on Audiomack and told me to allow him to put it up there. We did, and the numbers went through the roof.”

In the months since the release of “God Sent,” Seyi has replicated the defiant messaging of the track over alluring beats on songs like “Catalyst,” “90’s,” and “Bad Type,” establishing himself as one of Nigeria’s most-streamed musicians. His dedication is inspired by Afrobeats greats like Wizkid, Davido, and Olamide. “I was inspired by Wizkid a lot because of his story and where he came from,” he says. “I also liked what Davido, Burna Boy, and Olamide did for Afrobeats music. They made me believe I could become a musician, and they’ve also remained so consistent, and that encourages me.”

Equal parts hopeful and confessional, Seyi’s songs tunnel into the dreams and aspirations of his people in areas like Ikorodu and Ketu and, in return, they give him their adoration. At least five of his songs have been streamed over five million times on Audiomack off the back of core support in these communities, and, following a stellar showing on “40BTC,” off Rexxie’s A True Champion album, Seyi says he is only building momentum ahead of his debut project, No Seyi, No Vibez. 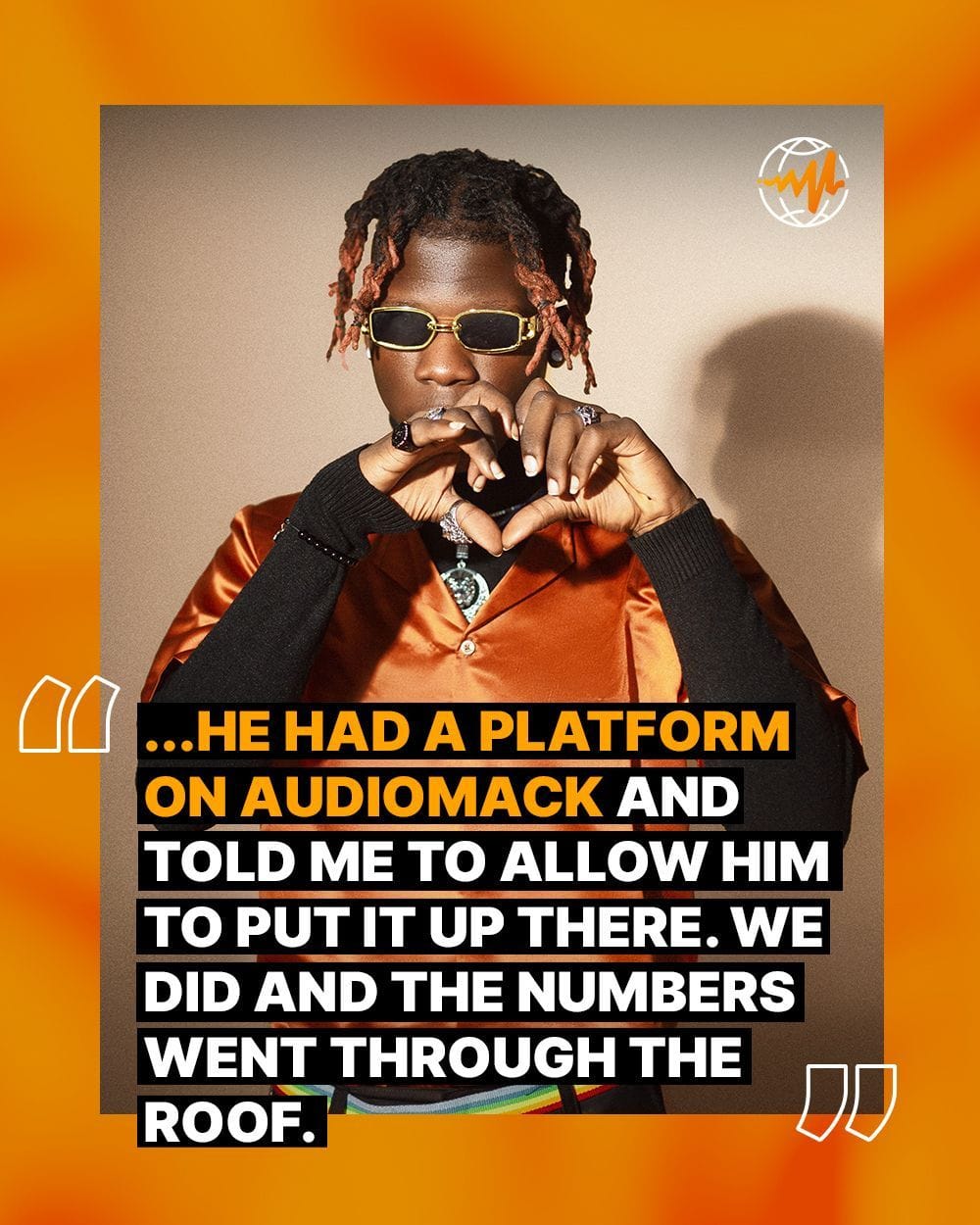 You were dropped from a record label at 17. How did you come back from that?

I just took it as one of those challenges I’d have to face in my career as a young artist. I told my parents about the situation, and they were really helpful because, outside them, there wasn’t a support system at the time. I went back to the studio and worked on improving myself because I knew there was work to be done.

Have you had any moment that has helped validate your decision to pursue music?

I would say just getting paid to do music validates it for me. I got paid one million naira for a show after “God Sent” in August last year, and I just knew this was what I would be doing for the rest of my life. Also, seeing myself trend on DSPs just shows that I’m on the right path.

You’ve found a way to build your audience from outside the usual pipelines of the Nigerian music industry. How did that happen for you?

It’s basically love from my hood in Ikorodu; everyone there likes my songs, and they play it regularly. My material is original in that way, and it just gets people in the right headspace. They turn up to my music, they tell others about my music, and it has just spread organically like that.

From my end, I try to ensure the quality of my music doesn’t drop, and it has kept producing results for me.

You're calling in from Nairobi, and many Afrobeats stars have established a presence in East Africa as they built their careers. What is it like to have a presence there at such an early part of your career?

I have an app that keeps track of how my impressions are doing in other countries, and I see a lot of people are listening to me in Nairobi, Cairo, and places in the United States as well, so it’s pretty chill.

With Nairobi, I think they just get my music. I’m here for a performance, and it’s always something I expected because the numbers show they like what I’m doing. It’s the same thing with Cairo because I have a performance there next month.

It sounds like you’re really hands-on with your career. 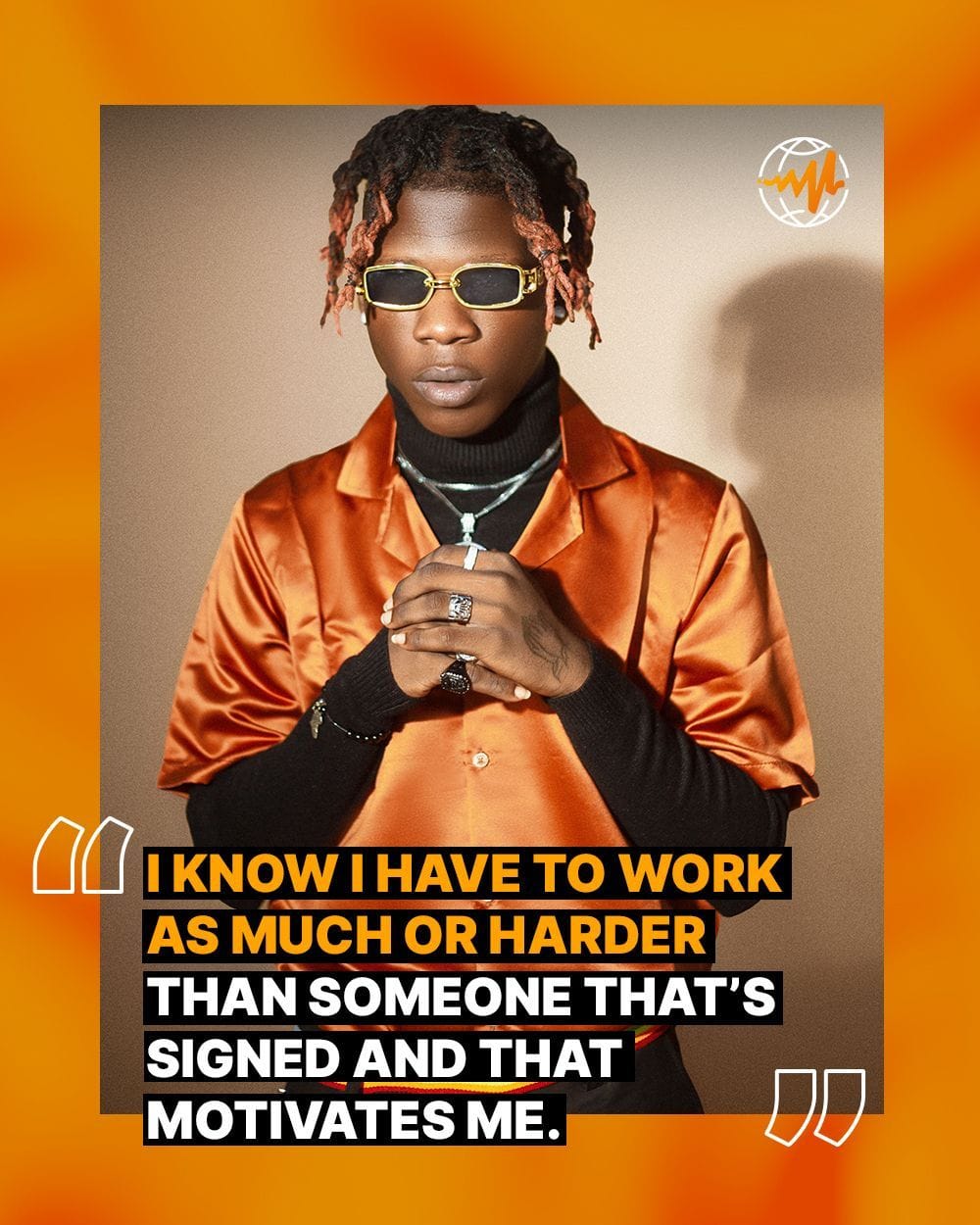 Your music is a distinctive fusion of hip-hop, Fuji, and Afropop. How long did it take you to perfect that mix?

I told you about being signed to a label at 17; that was a period when I worked on my sound a lot. It was a lot of trying different vibes to settle on my current style.

I also have a producer I’ve worked with since I was a boy. He's produced countless songs for me because I was basically living like a studio rat at that time of my life. I’d wake up, clean up the studio, and get to making more music. Now, it’s easier for me to just do whatever I want musically because I spent the earliest part of my life perfecting my sound.

First of all, music is all I wanted to do with my life. I’ve always had that passion in me, and, thankfully, people around me realized it and nourished it. I’ve been making music since I was 14. At that age, you just want to make the best music possible and see where life takes you.

As time has gone by, I’ve also realized I have a responsibility to pass messages across with my music. I take it seriously and try to ensure that every Seyi Vibez song has a theme that people can relate to.