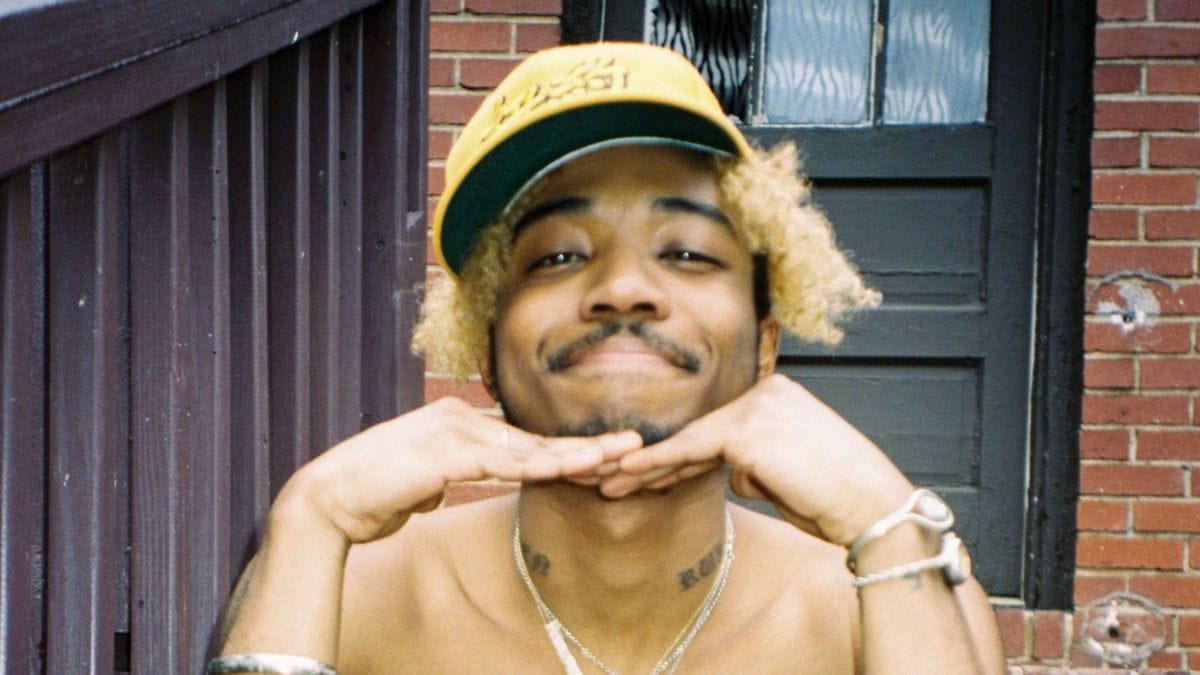 As the newest signee to the Atlanta-based collective Awful Records, 22-year-old PG County native SEANTHOMMONEY is at the forefront of a movement that stands on the tipping point between positive and negative. He believes that life’s missteps can fuel progress, and that the highest form of self-motivation is self-forgiveness.

Since relocating from the DMV to Atlanta, SEAN’s music —a trap-injected trip across genres — has evolved with the landscape. Cultivated relationships at home with Rico Nasty and Q Da Fool shifted to the vast unknown of the Southern underground. SEAN’s confidence allowed him to leap into a world of new-age ATLiens and land feet-first. After a few years in Atlanta spent featuring on tracks and mixtapes with notable rising talent like Corporate Lingo, Liamette, Tony Shhnow, and Tommy Ice, the city’s collaborative nature led to SEANTHOMMONEY landing on Awful Records’ radar.

As a rising young artist, exercising humility is essential in gaining the respect of the established, while showing gratitude is how SEAN has been embraced as the new. He creates space for the future by reflecting and building on the past. Working upon the strong foundation laid by contemporary label peers like Danger Incorporated and Big Baby Scumbag, and looking to the career trajectories of Awful alumni Tommy Genesis, Faye Webster, and Playboi Carti, SEAN is capable of setting goals and expectations for what he might achieve with his new team.

Earlier this week, SEANTHOMMONEY delivered “Ford Focus,” his second single with Ziti, the go-to underground producer who has also accumulated credits with YG and Swae Lee. The rapper shifts his subject material from the fighting words and laser-zapping pistols of his previous single “Big 9s” to broader questions about love, loyalty, and priorities.

We spoke with SEANTHOMMONEY to talk about moving from the DMV to the ATL, working with Awful Records, “regular shit,” and more.

Audiomack: What does your motto “BEEN RUINED” mean?

SEANTHOMMONEY: I would say it’s a lifestyle, and it’s not a negative thing. It’s a positive thing, meaning that you’ve been through something that you feel like has tarnished your past or a piece of yourself, which is the “BEEN” part. You feel like it’s ruined a part of you that you can’t get back, that’s the “RUINED” part. And from that, I just promote positivity and love because everybody learns from their mistakes and we’re all just still learning and trying to be better. 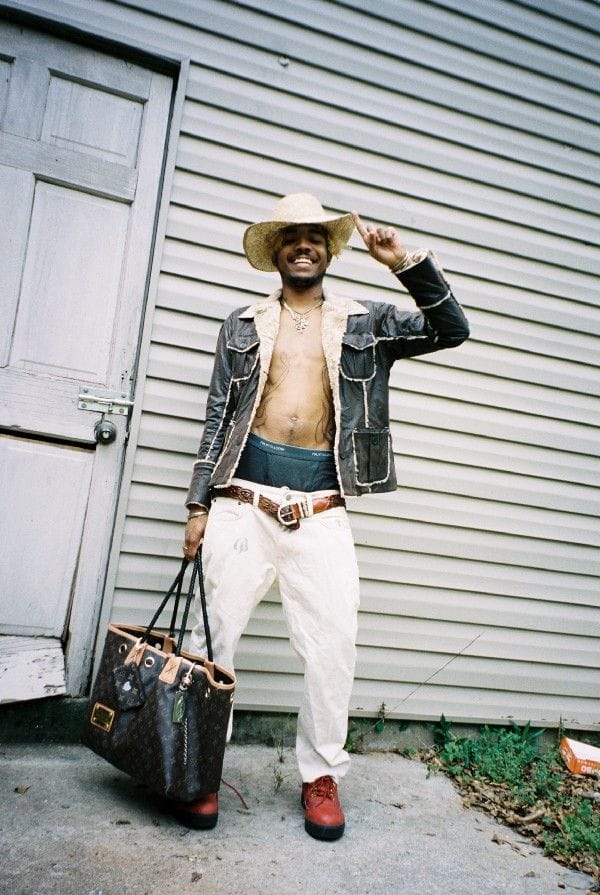 How did you connect with Awful Records?

When I moved down to Atlanta I was just working with my friends and going hard, and just doing my music thing—having fun with all my friends in the studio, making tracks. I guess word of mouth just got by and people were telling other people like, “Yo, this guy SEANTHOMMONEY’s pretty hot and I’m messing with him,” and me just showing equal love back, I guess it got to [Awful Records’] ears.

Awful Records came looking for me like, “What’s up? We heard about you, we tryna work, boom boom boom,” and it was just a match made in heaven because I was looking for an opportunity like this as well! I was just ready to build with somebody, to work with somebody who could help me build.

What does it mean to you to be a part of such a legendary collective?

It’s actually insane to the point where it’s like, I’m still not understanding or computing what’s really going on because I grew up listening to these people—to Father, the Cartis, the Ethereals, I’m listening to these people daily. So for me to be a part of this group it’s like… am I gang now?! I can be gang now! Really? I can rep this, and hard?

So you’re from PG County, moved down to Atlanta… I noticed you have a collaboration from a few years ago with Rico Nasty [2016’s “DONT TELL ME SHIT!”]— how did that come together?

I met Rico Nasty because she was local, and through the internet foreal. I hit her up and we just got to chatting. I was doing my music, I had a small friend-following, and she was just getting started. She was doing her thing but I guess she didn’t have the confidence to go hard hard, and she was going through a lot of other stuff in her personal life at the time. I hit her up one day and was like, “Let’s work!” It was me trying to coach her to do her thing and just be comfortable with whatever she was feeling to go hard on that track.

It’s kind of amazing to see her where she’s at because I‘ve seen [where she was] before that. She had just had a baby! Baby wasn’t even walking yet. We over here, doing tracks in GarageBand, with her baby in the cradle. It’s funny, and hopefully we can reconnect because we haven’t talked like that. We talk [occasionally]. I pull up on her at her shows and see her in person, all love. Hopefully we get the opportunity to do more tracks on that level we used to have. 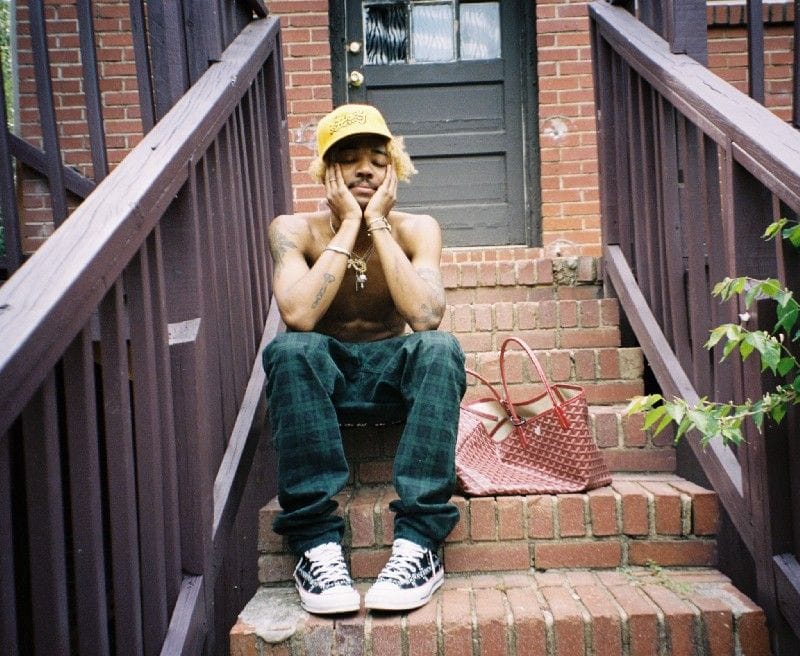 How do you balance honoring your roots in the DMV and your new immersion in the musical universe that is Atlanta?

I would say I just keep close ties to the people that still love me [there]. I’m not gonna lie, I would say I walked away from that whole DMV scene because I realized things weren’t moving as fast as I wanted them to. The right people or the people who you need to show love back are definitely not finna show you love back because they also are trying to do the same thing I’m doing. So it’s like, what makes me any different? And that’s not saying the people [have the potential] to outshine each other, but everybody gotta eat for themselves. It’s one of those fend-for-yourself type deals.

I just show love whenever someone asks me or when I feel it’s needed. You can’t hate on that. People can’t go wrong with just showing love.

How are you looking forward to experimenting with and improving upon your craft within these new groups that you’ve found in Atlanta, like Awful, and around the new school of the Corporate Lingos, the Tommy Ices, the Zitis?

I strive to work with all these types of people as much as I can and show as much love as I can because then it can be reciprocated right back around, and it also gives me perspective to what other people are about and how they craft their music. It’s also a learning experience. I love working with people because I get to learn new things all the time beyond how I make music. To see somebody else make music, and when you collaborate and come to a middle ground, find where things work, it makes me and them better artists to come out with hot stuff from those processes.

You tweeted recently about getting anxious trying to explain your music to people — I can’t imagine this conversation isn’t contributing to that.

I would say just a little bit. [Laughs]

Do you consider yourself the type of artist whose music does a lot of the talking for you?

I suck at explaining things, and especially explaining myself! I just don’t know what’s going on, I just show you, have my work speak for me. I get really nervous. [Laughs] 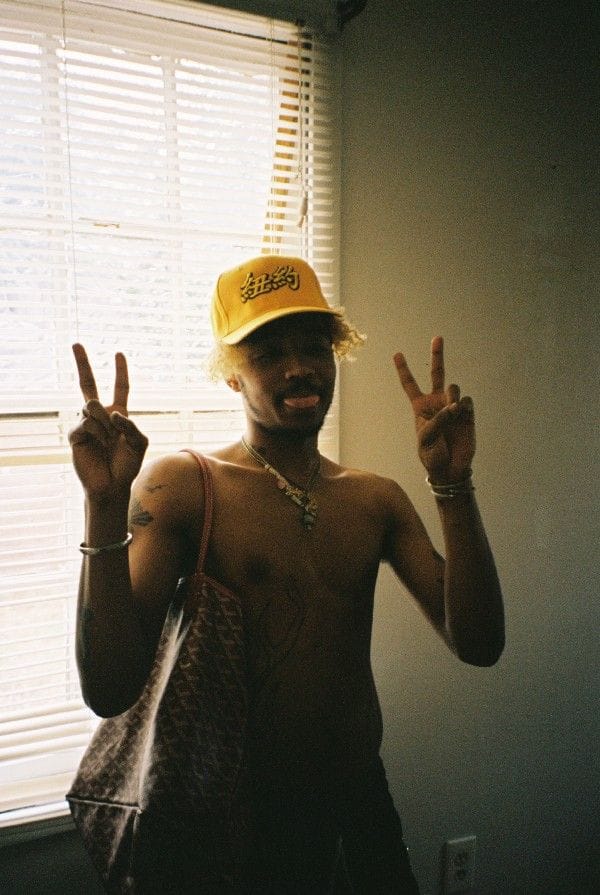 You’re doing great — do you have anything outside of music that you turn to to decompress and ground yourself?

When I step outside of music I just like doing things non-music related. My friends all being in music, everything we do is music-related. I like to go out to dinner and not talk about music, hang out with friends where we don’t talk about my career. I like to skateboard a lot. When it comes down to it, the time to do music and not do music, I like to keep them separate to not mix business and pleasure. Big believer in not mixing those two. They don’t mix all the time. I like doing regular stuff.

What new music should we be expecting soon, and how do you hope to introduce yourself to new audiences in the future?

I’m working on a lot of stuff. I don’t want to give you something and have it not come out. I got this idea called “Clean White Tee,” giving you a 2000s-era Soulja Boy-type feel and this new music video we worked on called “Ford Focus.” [The song is] kinda like a melodic-singing type deal. I want to walk everybody into showing them each aspect of [me], and not do it too fast. I’m sitting on too much music. [Laughs] I’m trying to get all of it out. Hopefully you can just hear the sounds I’m trying to get. As far as appealing to new audiences, I’m trying to be as creative as I can and put a smile on people’s faces.