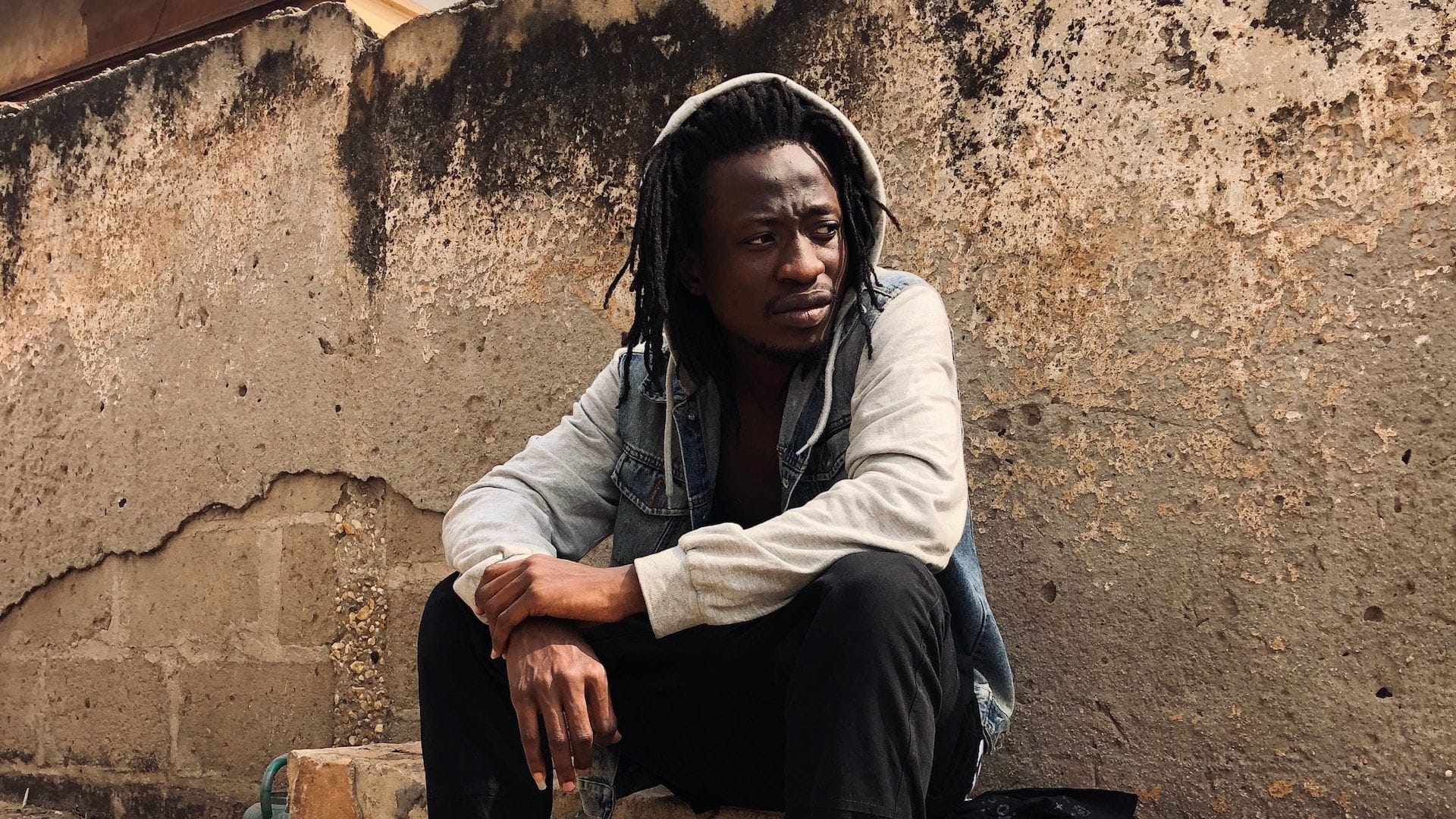 Uniting communities in Europe, America, Australia, Africa, and more, the Chicago-pioneered music style found appeal among a nexus of youth-led hubs in various cities across the world, providing a channel for expression and helping to document their lives under varying social conditions. As drill spread geographically, individual communities have stamped their identities on the sound, leading to a broadening of its thematic and sonic scope.

Of all the scenes that confirmed drill’s international presence last year, the Ghanaian drill community is arguably making the biggest splash. Localized in Kumasi, in the south of the West African nation, the scene has grabbed attention for its distinct interpretation of drill music, locally known as Asakaa music. Rapping in an eclectic mix of Twi and English, musicians like Yaw Tog, Jay Bahd, and O’Kenneth have received acclaim for their incisive storytelling as they have their brand of the hard-hitting sound.

Despite the recent success of these artists, the foundation of Asakaa music was being laid as far back as 10 years ago. It is almost impossible to think about Ghanaian drill without mentioning Life Living Records, the label that houses some of Asakaa’s finest talents.

When Sean Lifer, born Prince Boateng, co-founded Life Living with Rabby Jones a little over 10 years ago, he could not have predicted the key role the label would play in the proliferation of drill music in Kumasi’s music ecosystem years after.

While Sean’s 2018 mixtape, The Life of a Lifer, was marked by traditional hip-hop influences, his later releases ushered drill’s entrance into the Kumasi music community. By that measure, Sean Lifer is the godfather of Ghanaian drill, but recognition is the least of his concerns. Sean just wants to continue to make music that speaks to his soul while paying homage to Kumasi. 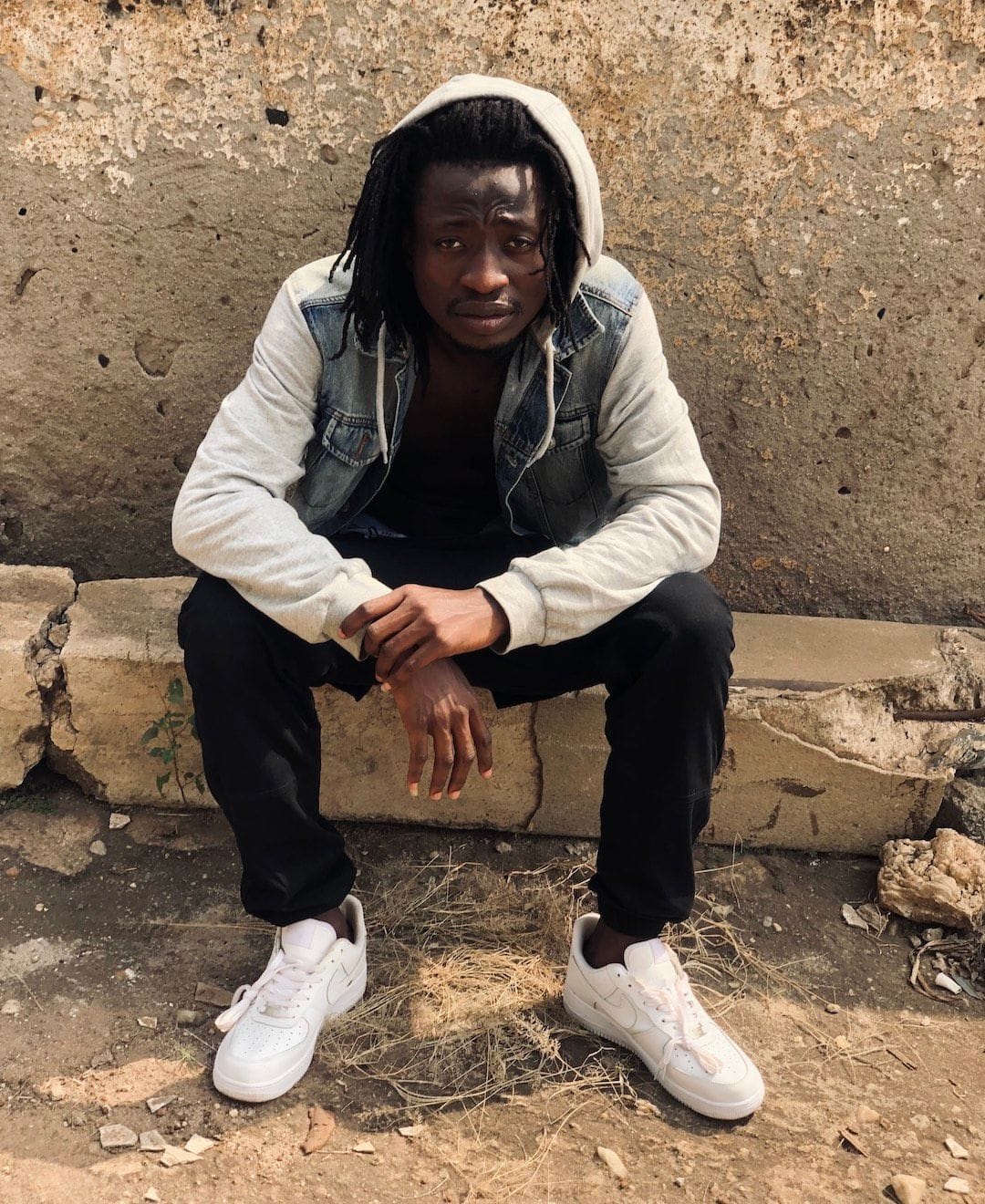 Asakaa music is getting a whole lot of attention. How does that feel for you?

It’s a big thing, to be honest. Watching it happen is something I can’t put into words, but I am enjoying seeing Asakaa moving globally. Having that international wave is so important. Above all, I’m just happy to see where our music is at presently and also having knowledge of where it is going.

Your debut project, The Life of a Lifer, was very introspective and mellow. What influenced the direction of that tape?

A lot of my expressions are basically what I go through. I’m always trying to write something real to me, to tap into my feelings for these songs. Life of a Lifer came about because I was trying to do that for myself and the community around me. I was basically trying to tell stories about our lives and what we’re up to.

Life of a Lifer also sounded like traditional hip-hop. When did you make the transition to rapping over drill beats?

For me, Asakaa has always been built-in because I come from the motherland, Ghana, and I loved that sound. But I think the first time was when I heard Reggie’s “Akata Gang Gang.” I caught the vibe immediately and was just drawn to what I heard. Since then, any time I’ve heard Asakaa beats, I’ve just felt a natural comfort, like I’m in my zone. It’s been how I can most express my reality to others. That’s just what encouraged me to carry on rapping over drill beats.

You said you got on the wave pretty early, but a lot of your drill songs really started to drop in late 2020. Why did it take a while to get going?

At Life Living Records, we always want to feed the people something great, and that’s our mantra. So, we needed to take time to fine-tune the music and ensure that it came out ready for people to receive it. Me, personally, I knew the things I recorded in that 2018 period needed improvement for it to be perfect.

Life Living is home to some of the most eminent Asakaa rappers. How did the label come to be?

It’s been a movement that has passed a little over 10 years now. I came up with the name of the label and got my brother, Rabby Jones, involved. We got a studio, bought equipment, and just put investment into Life Living. It’s been a constant journey since then, and, later on, City Boy came in. Kwaku DMC came in too. Through the journey, it’s been about keeping in touch with being a family, and that’s how Life Living Records has been.

What’s your role within the label?

I do many things. It’s just a Life Living thing; we all try to multitask and plug holes in our structure. For me, I’m an artist, I produce music, mix and master songs, direct videos, and I try to keep management running. It’s the same as Rabby Jones as well as everyone on the label. We try to see ourselves as a group of companies where we are independent to an extent but still working within a structure.

How important is it for Life Living, as well as the Kumasi drill scene, to remain united as you get more famous?

It is important. That’s the biggest thing we can hold on to; the unity that has brought our music and our city to the frontlines has to remain a constant. For me, Life Living is my heart, and as much as I want to see where we go from here, I want to do it with my brothers.

The lifestyle of Kumasi is an obvious influence on your music. What does Kumasi mean to you?

I was born in Krofrom, Kumasi, so this is home to me. It’s a significant portion of all I know and how I feel life. To me, it’s like the United States of America. We view it the same way people view America, and that just manifests in our songs and what we’re saying about the city. We love akatasem (urban Kumasi culture), the people, and our way of life. It’s a magical place, and I just love being in Kumasi as much as I can.

I’ve read about Kumasi people referring to the city as “Kumerica.” What makes the city mention itself in the same light as America?

It’s just expression. The freedom to say what you think and how you feel is the biggest attraction for Kumasi residents, and that’s why Kumerica is popular.

There’s a number of drill scenes across the world, too. What makes Kumasi’s drill scene stand out?

The vibe is just different, and what we’re saying on songs is everyday events. It’s true shit. Asakaa is more than music; it’s a lifestyle. We put our lifestyles directly on those drill beats, and I feel like that makes people relate with what we’re saying directly. They understand what we’re trying to detail one way or the other.

I always try to write based on how I’m feeling at the moment. It’s easier that way for me. For example, I started working on “Ma Drip” because I was in the studio and feeling great about myself, and it just came to me to write a song about that. For “Gang Signs,” my brothers, City Boy and O’Kenneth, were in the studio and playing with a line that said, “Kumerica, all we know is gang signs,” and I just went with it. The creative process is based on all of those things. It’s taking bits of our lifestyle and making them experiences for people to understand.

I saw some criticism for one of your earliest drill songs, “White Money.” People said it sounded like a primer on fraud culture in Kumasi. Was that what you were going for, or is there context there?

There is definitely some context. But it just had to be with online money and using the tools that white people have made available to enrich ourselves too. For us, broke boys from Kumerica, a place where the internet is terrible and not always available, the internet is still our hope for putting our songs out there and getting heard. That’s white money to us, broke boys being online. It’s just a little inside joke from here.