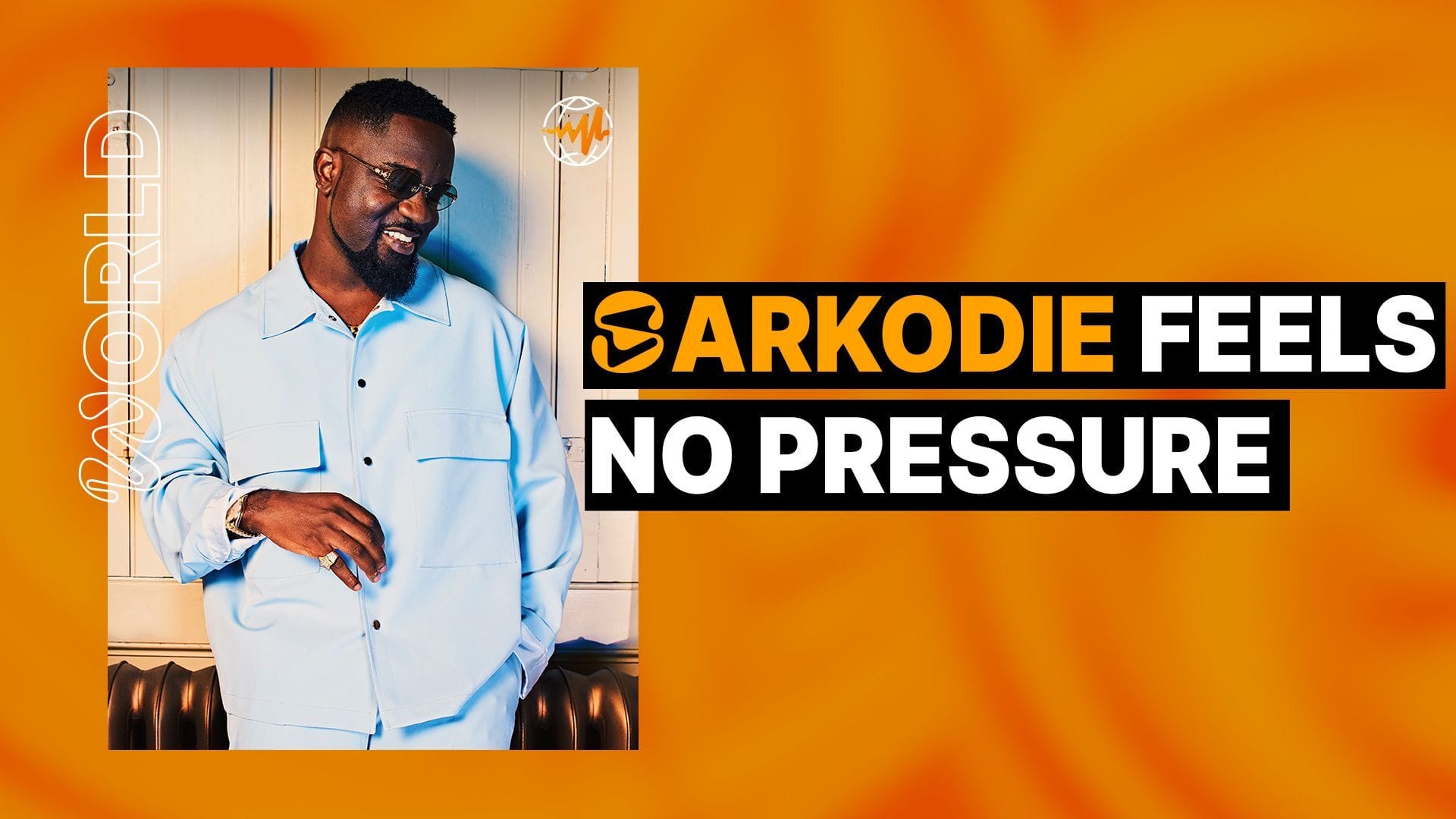 Good things take time; just ask Sarkodie. The Ghanaian rapper is 10 years into an illustrious career that has seen him rise from underground acclaim to household name. In terms of style, Sarkodie, born Michael Owusu Addo, hasn’t budged one bit since emerging in 2009. He created a lane for himself and forced everyone around him to adjust. Continuing to rap primarily in his native Twi, Sarkodie put his trust in the music and the connection with the listener overcoming any language barriers worldwide. The gamble paid off. By remaining unwavering in his roots, the Ghanaian rap giant helped catapult African music to dizzying heights.

The Sarkodie we hear in his latest offering, No Pressure, is one at the top of his game. Legacy secure, he still goes just as hard as the battle-rapping Tema youth of his early days. It’s all there in his instantly recognizable voice, staccato flow patterns, and, of course, his spellbinding punchlines.

No Pressure is a diverse project bolstered by an army of guest stars: Sarkodie goes bar for bar with Giggs on “Round 2,” recruits Vic Mensa for an anthemic hook on the victorious “Vibration,” and shares confessions of vulnerability with the silver-tongued Oxlade on “Non Living Thing.” Traversing introspective hip-hop, Afrobeats, and R&B, Sarkodie summons raw emotion for any genre and any arrangement. 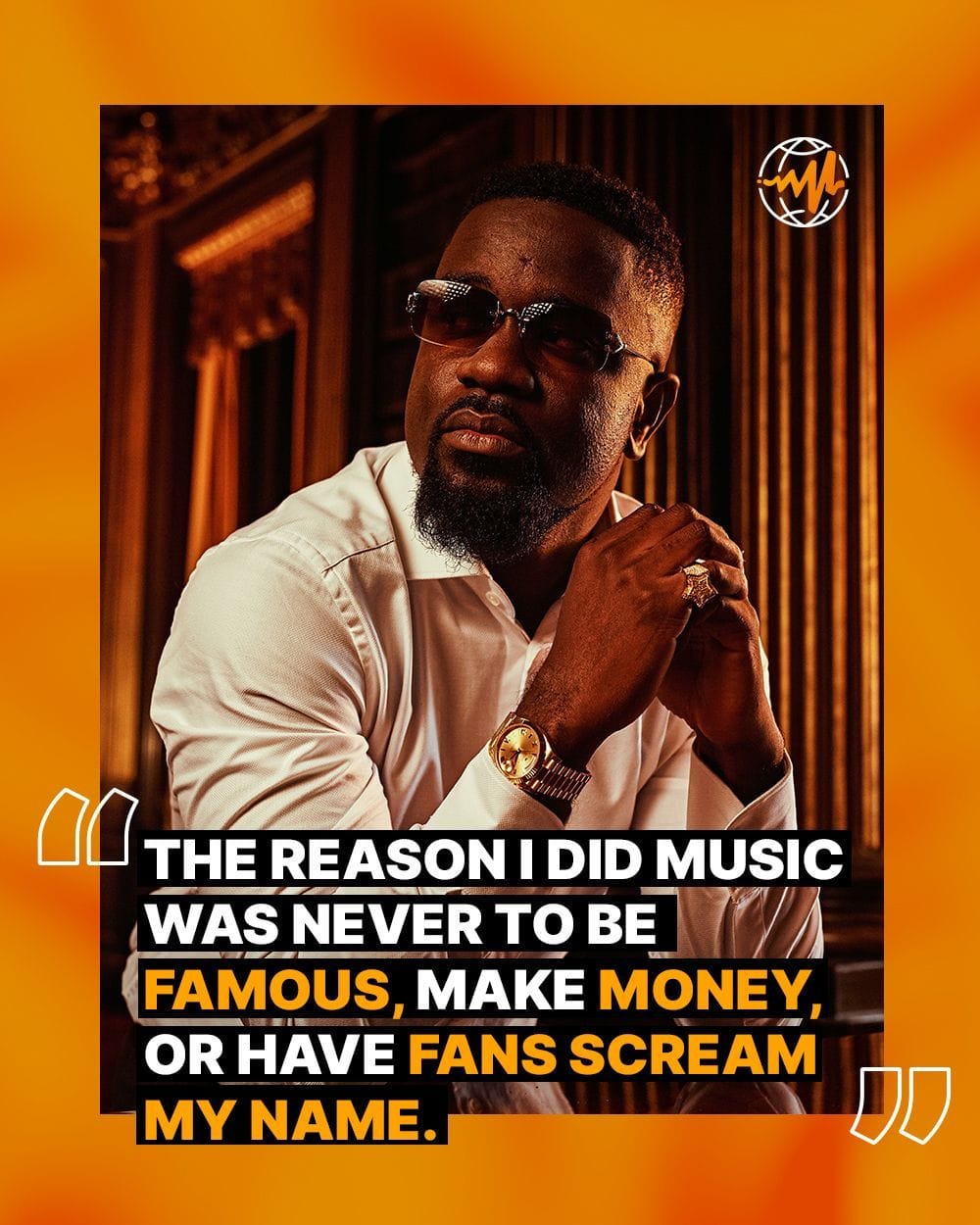 No Pressure speaks to Sarkodie’s formidable craft and incredible progression. Six albums and countless accolades in, he’s laid the blueprint for African rap. And it’s thanks to his stride that a new generation of African rappers can enter the world stage.

“I was stubborn about it, I believed in it, and I made it happen,” Sarkodie tells Audiomack. “I have reaffirmed that it’s about what you believe in no matter what you see. And everything I saw, everything I said, as much as they told me it’s not going to work, I still made it work.”

I’ve grown up with your music to the point that I don’t even know how I’m going to put your impact into words. So I wanna ask you to give it a shot: Who is Sarkodie?

I would say Sarkodie is an artist from West Africa who believed he could stay original, keep being his authentic Ghanaian self, and still push for his art. Instead of selling my identity to appeal to the world. Definitely an artist that stood his ground to be as authentic as possible, keep it organic and still be able to connect to the world.

Obviously, you’re royalty in Ghana and African rap in general. A lot of people in your position would sit back and just ride that wave. Why are you still so hungry?

It’s passion. I love music. The reason I did music was never to be famous, make money, or have fans scream my name. Far from that, it’s the fact that I love music.

I’m a very quiet person, I like to keep to myself, so music is like therapy for me. That’s what I use to communicate, to say what I’m feeling, what I’m thinking. It’s like a tool for me, and I love it. Making music is just something I can’t do without.

It’s got nothing to do with the business part of it or trying to be famous. Fame, I wish I could do without that. It was never for clout or wanting to be known or seen. I genuinely love music, and I’ve kept that passion to date. 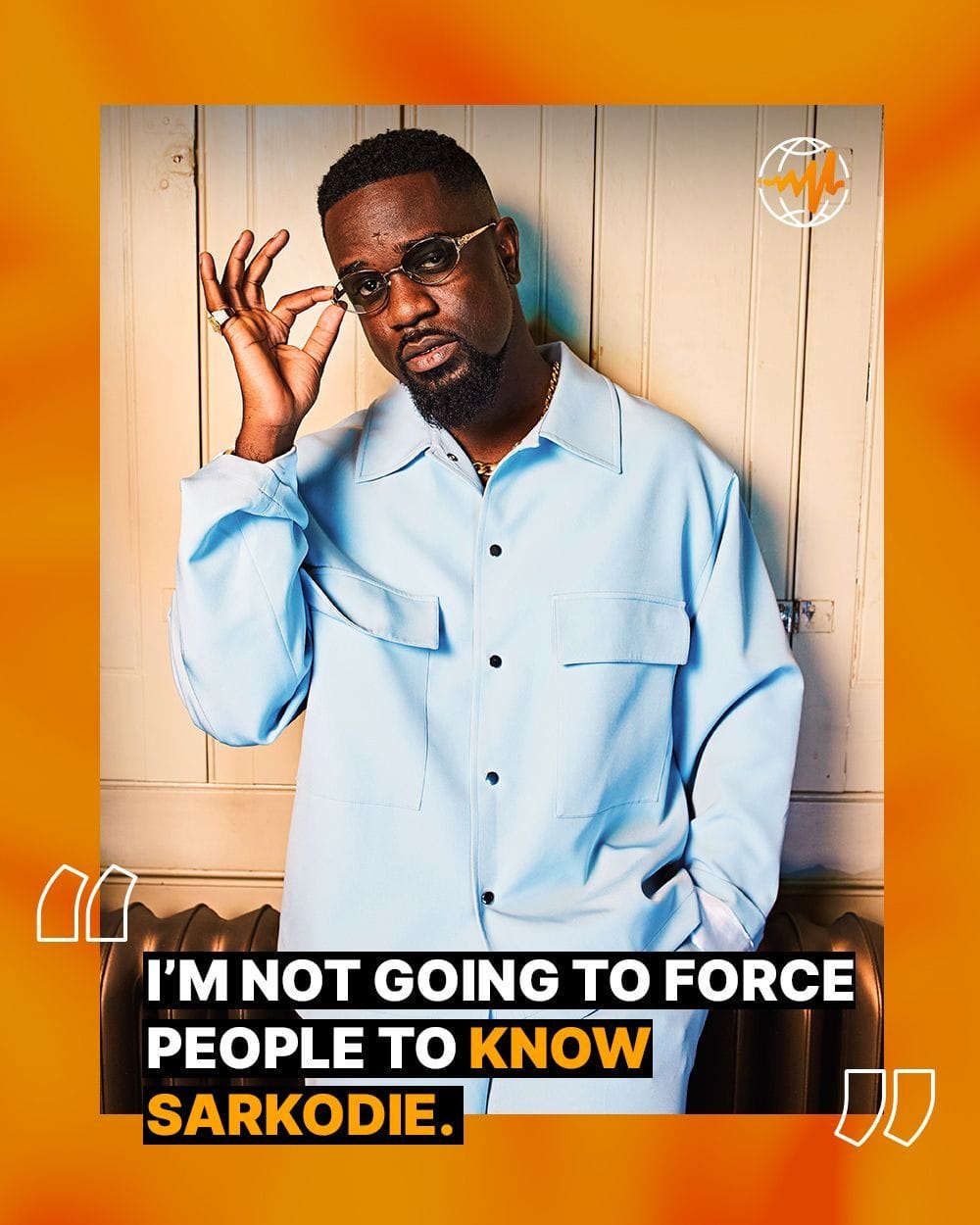 Could you talk to me about No Pressure? In essence, what is this project?

I’ve been doing this for over 10 years, and I trust the process. I believe in growth. I believe in going through the stages. I don’t believe in skipping any stages. So I went through what I had to go through for 10 years to build the Sarkodie brand.

There’s a lot of pressure put on artists that does not make them get to the next level because of what people expect them to do. But at this point, I’m trying to tell people, as much as I’ll take your tips or your advice, I still trust the process. No Pressure is about creating music and not necessarily trying to please anyone. I want to create music, good music. No pressure.

Often in rap, there’s that discussion of the new artists in the rap game not respecting or paying their dues to the OGs who came before them. You touch on that quite a lot on the album.

Yes. People forget so soon. We’re in a new age, the social media era, [when] people just want to skip over what came before. It’s only right that, from time to time, you remind them how long you’ve been doing this and if nobody else is going to say it, at least you can say it for yourself.

I want to remind these people that as much as they want to take it for granted, Sarkodie has been doing this for 10 years. Sometimes I need to be my own PR for a second.

You’re an incredibly lyrical rapper. Do you ever worry that people outside Ghana won’t understand the full scope of your genius because they don’t speak Twi?

There’s always going to be limitations to anything. Even the people rapping in English are missing out on people who don’t understand. So, you take [Ghana], for instance, and you go to the streets and talk about Kendrick [Lamar], it will probably be the same. People know of him, but they aren’t necessarily identifying with the music or listening to it 24/7.

But I get it; there’s levels to it. I believe in organic growth. So it could be a time where Sarkodie is rapping more in English, but it has to feel organic. I have to feel like it. And I know myself. I challenge myself with sound or with lyrics, with everything. I know I’m going to improve. So, as for the language, I don’t want to force it.

For a lot of African artists, a milestone is crossing over outside. Do you feel like you’re at a point in your career where it’s important for you to get that international recognition?

No. You can’t force people. You have to work your way to people. The music, your work, it has to speak for itself. So I only talk to people that know me already. I only hope for people to know me more. And that has happened organically. I see the fan base growing and spreading.

Some years back, I was limited to people who understood Twi, even in Ghana. The plan was always to still rap in Twi and cater to those who understand that aspect and then work on the flow for anybody that loves music because that’s what appeals to the ear.

I’m not going to force people to know Sarkodie. Sometimes I’m around people, and they’ll say, “Oh, I’m so sorry, I don’t know you.” I’m like, “Why are you sorry? You’re not supposed to know until you know.”

If you’re looking at when you entered the game versus now, what are you trying to accomplish, and how have those goals changed?

A couple of years back, everything was about Sarkodie. I want to release a single, I want to have a hit record, do an album signing, win awards... All that is not bad, but it’s not top priority for me at this point because I’ve been doing it for a very long time.

What brings me the high now is not having a hit record or doing a collaboration. I do it for the fans. Because as much as I have my own ambitions, the fans have what they expect from me. Now that high is giving back to the ones that made me Sarkodie. Creating opportunities for the young ones and for the industry itself, that’s where it matters.

Do you feel like becoming a father has contributed to that?

Do your kids realize that their dad is Sarkodie?

I don’t think they get it. I know my daughter sees that I’m being treated a bit differently when we go out. So I think she knows. She’s very smart, but she doesn’t let you know what she knows. That’s how she is. She takes you by surprise.

Apparently, she went to the salon, and my song came on, and she told everybody, “That’s my dad!” Talking about how I’m the best rapper.