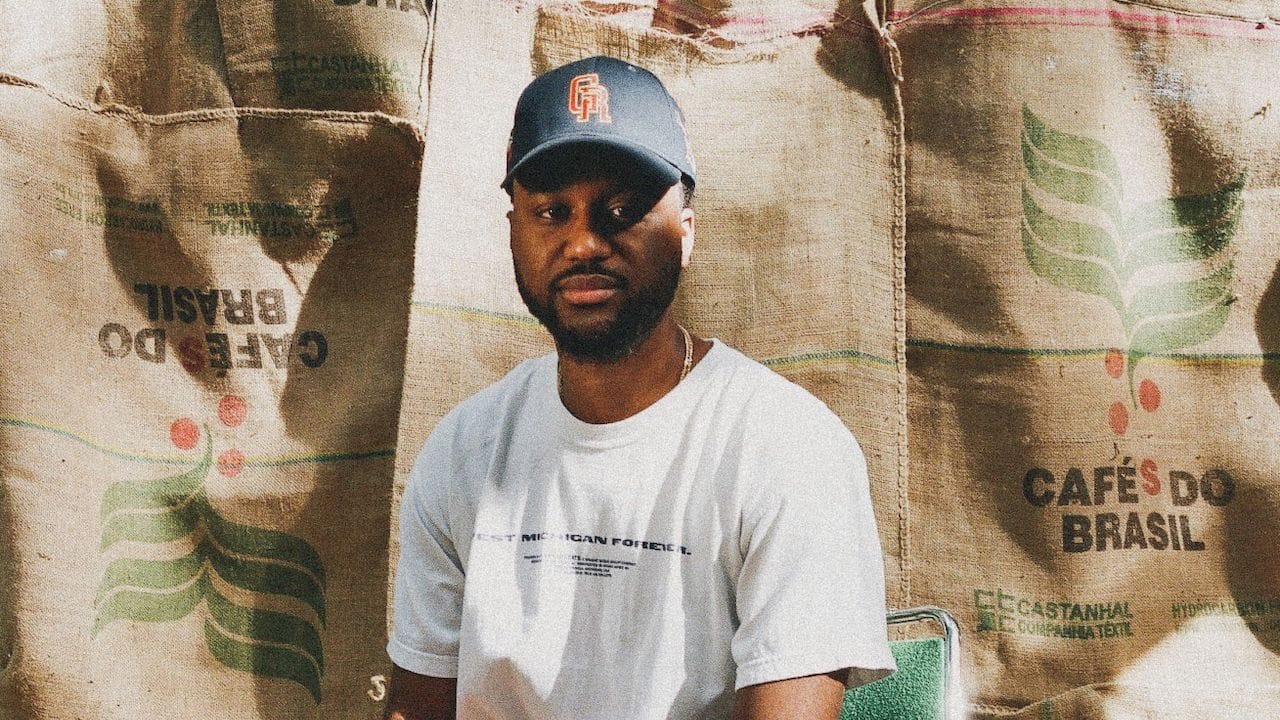 Soulection producer Sango broadens our world through his music. The Seattle-born producer/DJ was raised in Grand Rapids, Michigan, but his sound is nomadic as he masterfully arranges techno, house, and Brazilian music. His DJ sets are known to command a room and lower inhibitions, and his production credits include eminent names from GoldLink to Tinashe.

Last Friday, September 25, Sango released Da Rocinha 4, a summation of all of his trips to Brazil and a love letter to a place that embraced him like family. In 2016, he visited Brazil for the first time alongside Soulection Records co-founder Joe Kay on a self-funded tour. He has returned every year since, establishing a creative community and drawing inspiration for his Da Rocinha series—a tribute to Rocinha, the largest favela in Brazil, and the birthplace of Baile funk, one of Sango’s biggest influences.

Da Rocinha 4 includes artists from around the world, from Brazil to the Bay Area. Nill, Neguim, Mano R7, DJ 2L Da Rocinha, JXNVS, Hagan, Jé Santiago, Luccas Carlos, Jão, VHOOR, SD9, Carlos do Complexo, and Wax Roof make up the lengthiest roster of features on a Da Rocinha project to date. The album also introduces techno on tracks “Rocinha to King Drive” and “Cangaíba to 7 Mile.” It’s a fusion of a genre birthed from Sango’s native Michigan and a place—Brazil—as familiar to him as home.

How do you decide who you are going to collaborate with and put a spotlight on through the Da Rocinha series?

Honestly, the only way this could have happened is if I went to Brazil so many times and met people there. I’ll meet someone there, and they’ll introduce me to someone else who knows music, and I’ll listen to their music. Now I’m meeting people in the States that do work in Brazil. It’s just a combination of everybody, me having this pool of friends I can count on that just so happen to be creative. It was never like, “Oh, we think you would sound great with this guy or this woman.” It was always a homie thing at the end of the day. 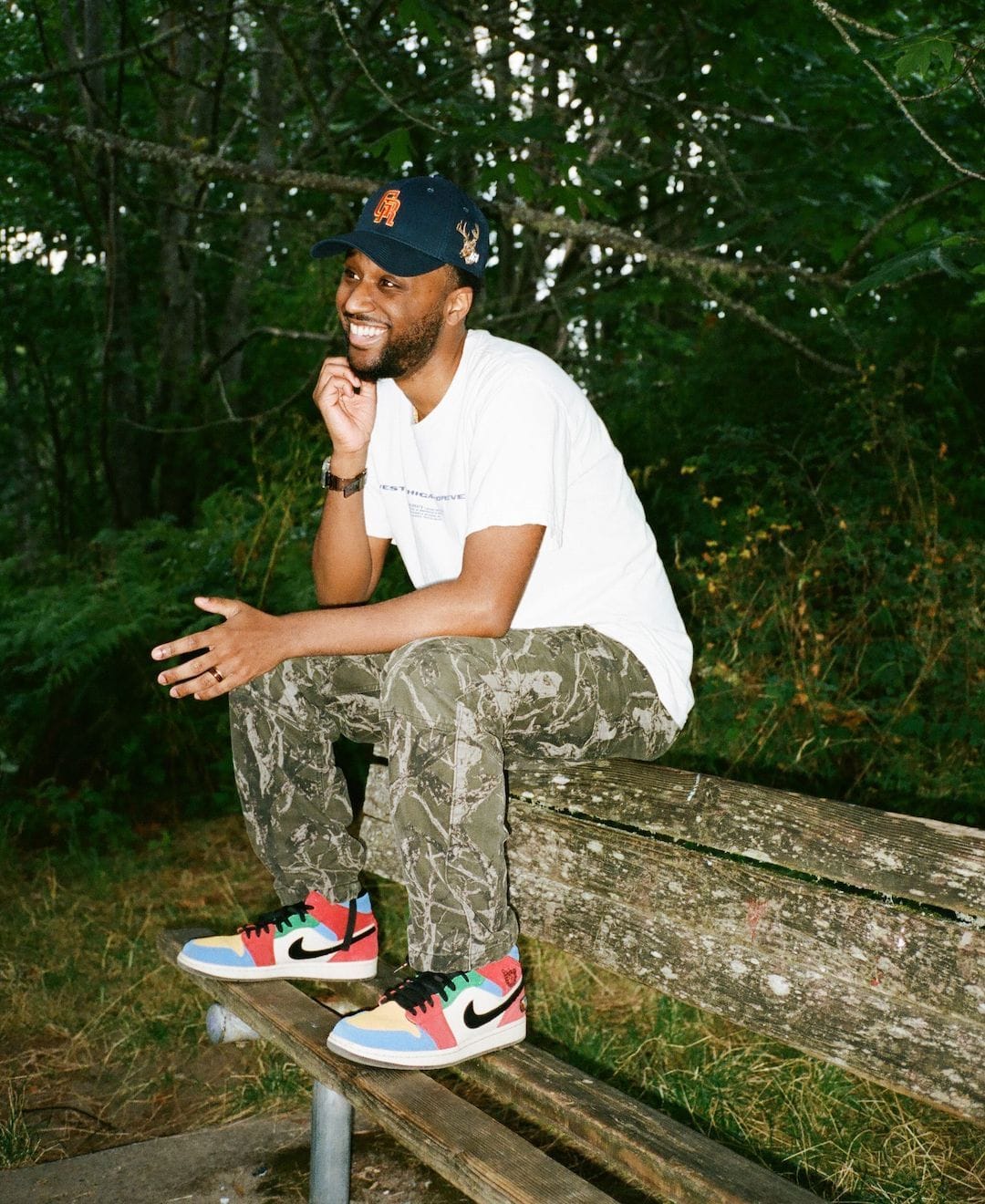 How often do you make it to Brazil?

My first time in Brazil was 2016. I’ve been there four times. The last time was August 2019, and that was honestly the best time. It was amazing because when you have trips like that with people who have the same passion for art and music as you, it makes a difference. You are not in your own country, but you are somewhere that feels like home, and with people who feel like family. I’m not even traveling anywhere right now. I’m just somewhere else with my people. That’s what it felt like.

What’s your work style as a producer?

Every project, I have to start with research. I’m a real brainy dude. I actually almost went to school for anthropology. If I’m feeling this way over a month or a certain amount of time, then I call that “official album mode.” After the idea, I’ll try it, and whatever doesn’t stick will just remain [a] work in progress until it sticks again. Obviously, I don’t sing or rap or anything like that, but I’ll reach out to the people I know I can trust, or just reach out to my manager and see if someone might like something that matches what I’m trying to do.

You’ve been with Soulection for a while now. How have they continued to help you elevate your career as a producer and a DJ?

They’ve always given me opportunities I didn’t necessarily deserve. I’ve always let people know Soulection is the reason why and how [I’m successful] because it’s true. Soulection created a platform for a lot of producers. They pretty much took what Stones Throw [Records] and Brainfeeder, all of that stuff they were doing and made it an internet thing.

So the same way someone like Lil Tecca and Bobby Shmurda came out on the internet, Soulection is the equivalent for producers. It catapulted us outwardly. I always give thanks to Soulection, and I’m still releasing my music with them. They know the message and what I’m trying to do. Soulection will always be home for my music.

On your website, you mention how important it is to be an agent of change in your own world. What does change look like for you these days?

Change is related to creativity, and you don’t even have to be a creative person to make a change. It’s about foreseeing patterns, and how [they] might impact you, and catching it before it reaches its end, because some things have to end. So for me, the main theme for change is being aggressive when it comes to being proactive. You have to love what you are in right now but think of a way you can better it. For example, I make music right now, and I’m loving it, but how can I challenge myself to make better music, ultimately change the artist I am, and help change the listener?

Overall, how do you feel about putting out music right now? It’s music made for dancing, and that sort of space doesn’t currently exist.

I’m not going to hold you. I’m making something, and I go, “Oh, I would love to play this out loud.” But if it’s timeless, people are going to play it when we are able to go back out again. Releasing music during a pandemic might change how you view music in general, and if you don’t release music during this time, you might have missed your opportunity to have a learning experience. I consider myself a bit more fearless now because I just don’t get worried now; it’s coming out.

The world is messed up right now. It could be worse, definitely. It’s not in the best shape, but that doesn’t mean we stop making music.