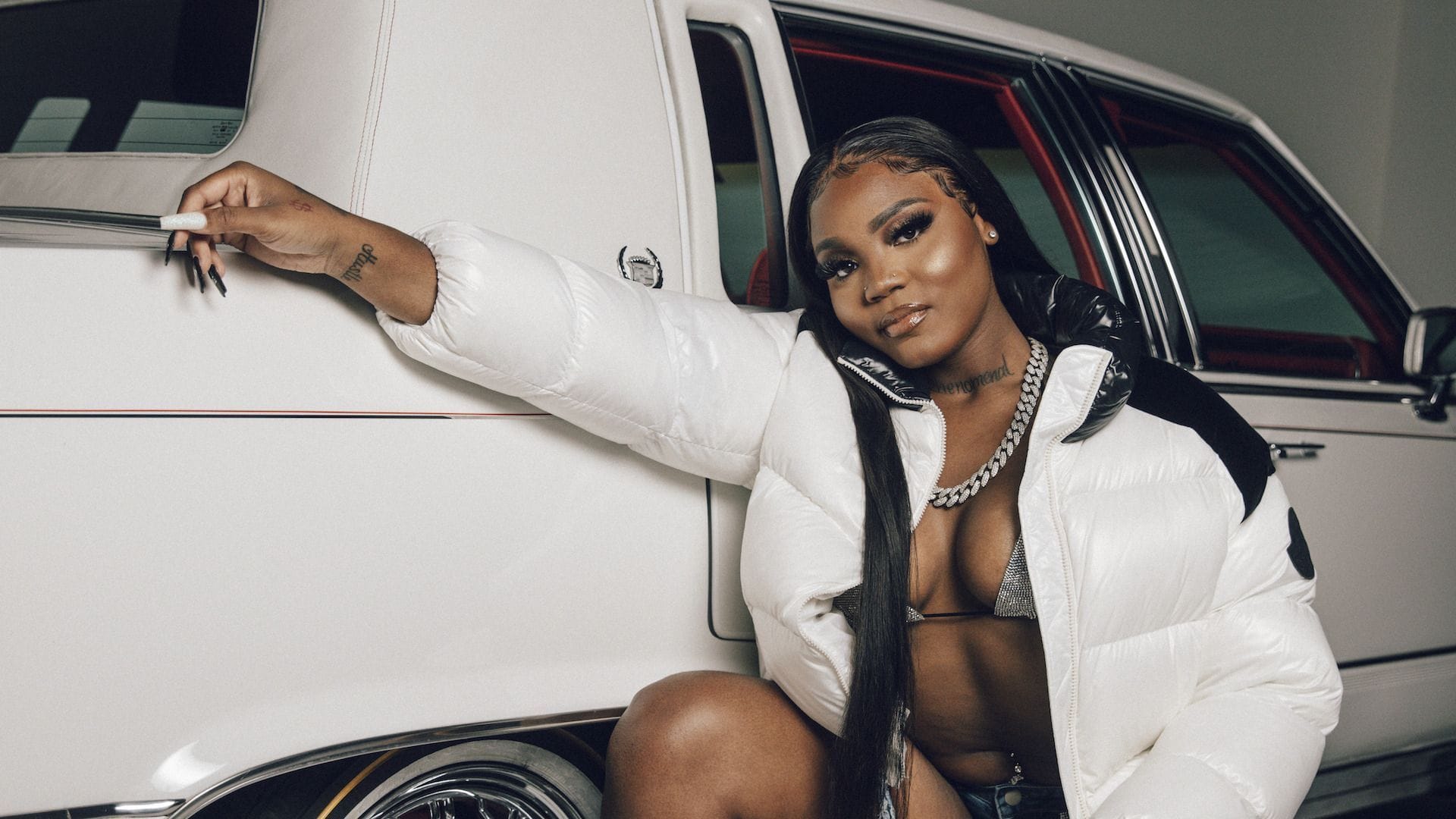 Houston, Texas, always gets it right. The city’s latest prospect, Sally Sossa, blends a hard exterior with a natural quaintness, making for bombastic tunes and a sterling personality. Her debut project, Life of Sossa, featuring Lil Durk, refines her barred-up approach into a series of well-crafted songs. First catching our attention with the relentless “100 Flows,” Sally proves herself to be one-to-watch with her endless one-liners and poignant notes on her upbringing and surroundings.

The Sally Sossa story cannot be told without noting the grassroots movement behind her music. The 18-year-old, who just finished high school and is now moving from college basketball dreams to burning down the booth, is beloved by fans in her city. Pressing play on any of Life of Sossa’s 10 tracks, it’s easy to see why she is so adored. Sally Sossa gives off a natural air of confidence and humility at once. Her music is brimming with explosive energy and grit, and her messages of finding your purpose and letting life unfold are admirable.

On the melodic “Right My Wrongs,” Sally Sossa reveals her demons, with a twist. She teases out her vices, but she also refuses to give away too much. Sally pours her heart out and lets us know there’s still more to come from her pen. Over the pensive keys of “Chosen,” Sally Sossa breathlessly spits about loyalty and struggle, and success with her closest friends. “I never ask for handouts, because I stand out,” she declares.

Life of Sossa is filled with honest street tales, inventive melodies, and a hunger for bright days ahead. It’s the kind of project you wish for when the “debut” moniker comes up—something made with care and heart. Sally Sossa’s essence is soul. 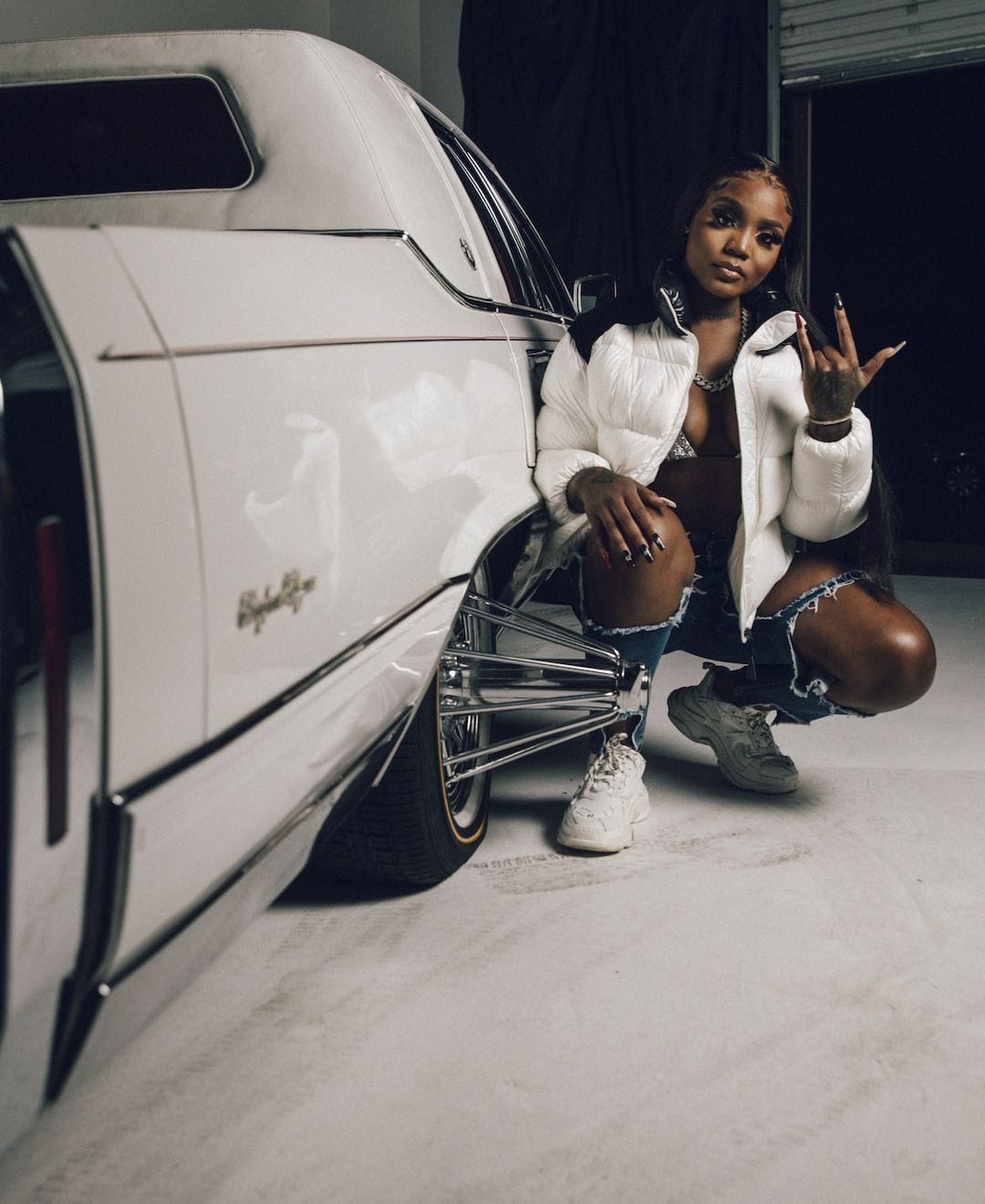 When did you first fall in love with hip-hop?

It was always in my family—we used to have rap battles. I never took it serious. I used to play sports. I had a bad ankle sprain and didn’t care for sports too much. I was like, “Okay, they always made me rap on the bus. If it’s not gon’ be sports, it’s gon’ be rapping.” I put the same hard work and effort into music that I did into basketball.

You’ve got this great multiplicity to you—hard exterior, soft interior. How does your music communicate all the different sides of Sally?

Through my versatility. I’m a complicated person to understand, but once you understand me, you realize I have multiple sides, and I express that through rapping and singing.

The debut project is called Life of Sossa, and it’s out today. Have you taken time to feel proud of yourself?

I haven’t! I’m working on my album right now. I’m super excited for everybody to hear that, too. It’s gonna drop in 2021.

Don’t forget to be proud, too!

You’ve got a Lil Durk feature on this project. How does it feel to have his support?

I am super grateful, forever grateful. He taught me a lot. Out of all the new artists, he picked me. Initially, he wanted to sign me, but we thought it would be better for me to go with Interscope, but I’m glad I still got to keep that relationship with Durk. I got to learn from him. I’m grateful I have someone in the industry who’s loyal.

Best lesson he taught you?

He told me: Don’t let any label control me. Don’t change my sound. Just keep going. Do this shit for me.

Talk to me about the recording process behind Life of Sossa.

My recording process is crazy! Sometimes I’m [at the studio] for four-hour sessions, sometimes it’s 12-hour sessions. I relax; me and my engineer, we have a tight bond. We go through beats, whatever I like. I’m always coming up with different melodies. Sometimes I freestyle, and other days I take my time, and I write.

You have breathless energy to your music. Where does that fire come from?

Ah, I don’t know. My drive, you know? Everybody has that thing that drives them. I have a great support system, so I’m always ready. I do get tired, at times, of course, but I’m always gon’ keep going.

Are you ever scared of burning out, going as hard as you do?

Nah, I ain’t worried about that!

Some artists push themselves too far and get that bad writer’s block.

I try to find a balance with everything I have going on, between my career and personal life. Me and my team, we all talk about that and uplift each other day-to-day. We make sure we’re good mentally, physically, emotionally. I have a great support system. Even though we’re tired, we find that balance, so we stay motivated to keep going.

How do you take care of your mental health?

Which song on Life of Sossa means the most to you, and why? “Right My Wrongs” is my favorite.

Oh, it’s crazy. Everybody has their own personal favorites. Mine would have to be “Need Me” or “It Ain’t Love.” They’re so close to my heart.

Does it scare you to get so vulnerable on those tracks?

No, it doesn’t stress me out. I know what I have in the vault, so even with this music that’s about to drop, I am going way harder than even this project. We just sittin’ on hits. I’m working. But, “Need Me,” I was working on different songs in the studio, and we were just skipping through YouTube beats, and the beat came on, and I was like… I gotta do something on this beat! I freestyled the whole song, was in my feelings.

“It Ain’t Love,” I wrote that song… My grandfather passed away, and one of my friends passed away in his sleep. He knew he wasn’t supposed to smoke weed because he had lung problems. He was going through certain shit in his life, and he smoked, and that same night… He didn’t wake up the next day. He was one of my biggest fans. I mention him in my music because he always told me, “You’re the hardest,” and this is before I even believed in myself.

Damn, I’m sorry. That’s incredibly hard. I lost my grandma this year, too.

I’m sorry for your loss, too.

Who really inspires your music now?

I can’t even say. It’s a lot of things that inspire me. The type of person I am, when I get inspired, it’s from my emotions and my feelings. If I don’t feel good, I still force myself to try. The old me compared to the new me… I don’t look to make someone my inspiration. It’s me just trying to do better.