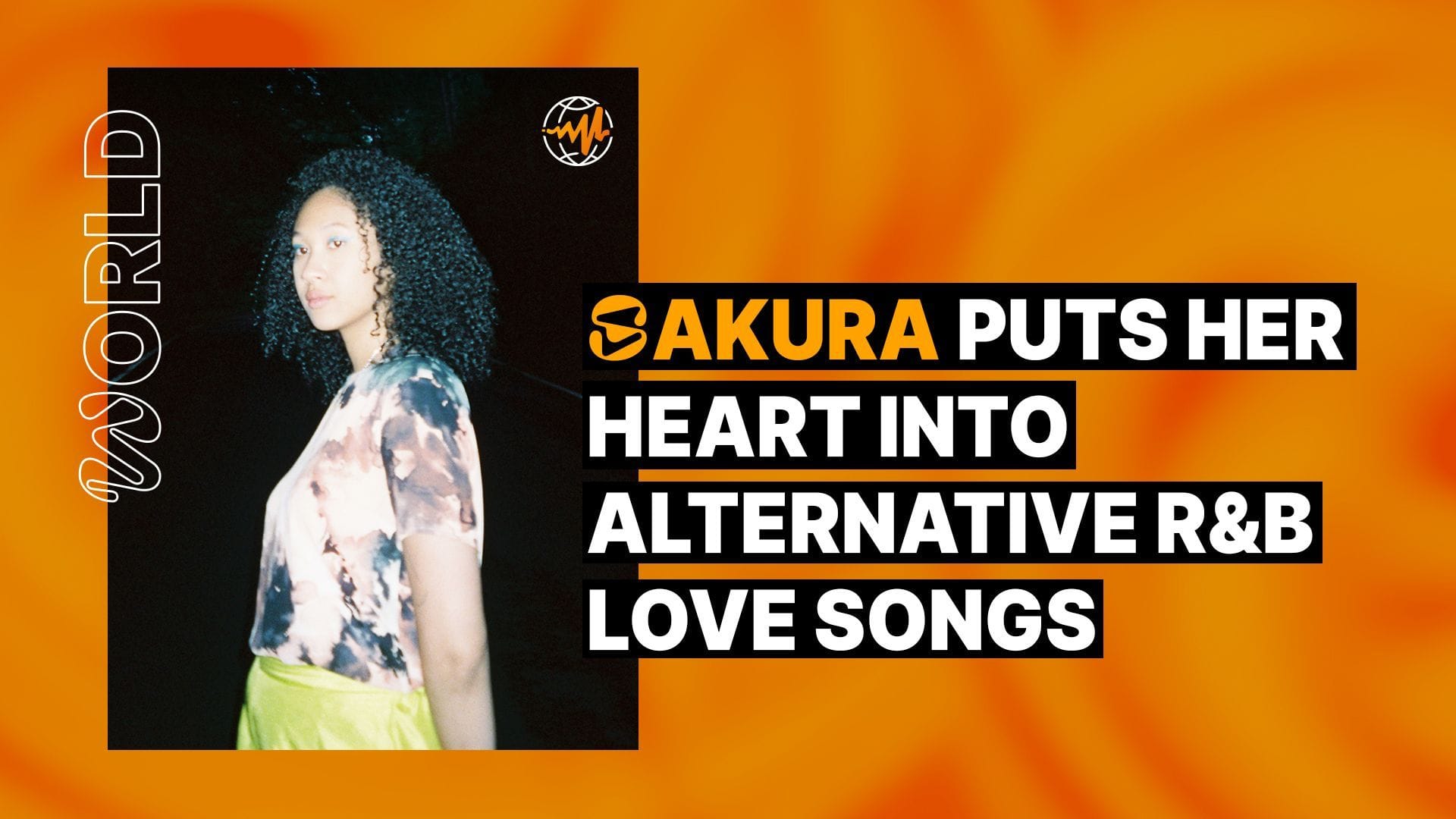 Atlanta’s Sakura deals in tenderness. Her debut EP, Don’t Overthink It, is 17 minutes of bashful love songs and aching heartbreak tunes. The earthy tones of “Low Maintenance” are outdone only by the quiet guitar outro of “What I Did Wrong.” Together, they act as two climax points. The kingpin of the EP, single “I Can’t Call You Baby,” is the most spirited of Sakura’s offerings. Sakura sounds like a shy poet across Don’t Overthink It. Her vocal texture is unmistakable.

Sakura grew up in a musical household with her musician father, who frequently worked with a rotating cast of players. Her earliest memories are of listening to her father’s work with him—along with being shaped by the sounds of Stevie Wonder, and later, Ne-Yo. Enamored by the structure and universality of the love song, it was the process of moving away from home during her freshman year of college that sparked Sakura’s desire to pursue a career in music with all she has.

An admitted perfectionist, Sakura attests she overthought about “95 percent” of the EP but feels proud of the work and is happy to have it released into the world. While creating keeps her up at night, and the looming thought of “enough” haunts her post-release, she is working toward a reality where she can bask in her accomplishments and learn to let go and let the music out into the world. 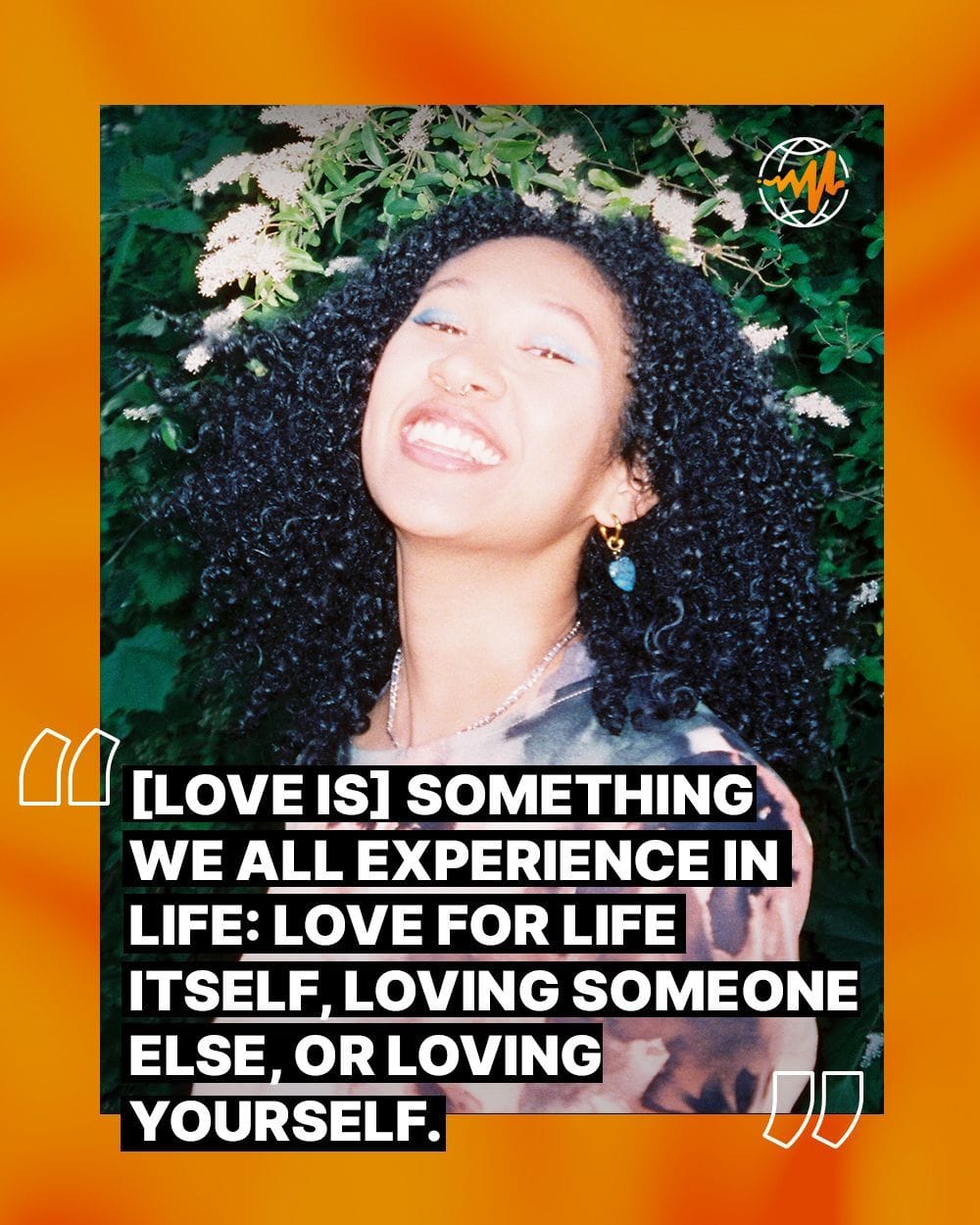 How did you develop the confidence to start singing and recording your own music?

It took me until my freshman year of college to decide to write my own songs. It was a prime time in my life, being young and moving out of the house… This is the first time in my life where I get to decide what I wanna do. That push was what I needed to start saying, “This is who I am, and this is what I wanna do. I have no idea how it’s gonna happen, but I’m gonna give it my all.”

Who were the first artists to really inspire you?

As I look back on a lot of music I listened to growing up, my first memorable experience was listening to Stevie Wonder when I was little. Now that I realize my own style: it’s very singer-songwriter. I love my melodies. And Ne-Yo, when I was growing up in middle school, I enjoyed that love-happy aspect of writing.

What is it about the love song that’s so great?

It’s something we all experience in life: love for life itself, loving someone else or loving yourself. It’s a common thing we have as humans, and as I get older, I realize we’re not necessarily meant to be alone. We find ourselves in life and also in love, in whatever aspect that means.

Do you think about genre while creating? Or just when you have to tag the uploads?

It’s the second part because I just write the songs. I never think about what kind of music I want to make. It’s more so, “How can I express myself and how I’m feeling in the best way possible?” Then, during the uploading process, it’s “Oh, is this pop? Is this indie?” That’s normally how it goes.

With the debut EP, Don’t Overthink It, how much actual overthinking went into the project?

I overthought maybe 95 percent of it. I went back and forth when it came to picking the songs, deciding if I wanted to mix it myself, how I should present it… A lot of overthinking, but it wasn’t as bad as I thought it would be. I’m proud to look at the wall where I wrote everything—all the songs, all the notes. Listening back, I enjoy how raw the music is.

I put a whole bunch of paper on the wall, and I taped it and started writing on the paper, drawing out a map for each of these songs. I wrote down dates for releases, notes for myself. I wrote down, “I’m over the bullshit.” Reminding myself I have the choice to go to the next step, and everything comes from within, so I have to trust myself and my heart in this process.

How does an artist stop overthinking while still caring about their work?

The fine line between that is the trust and knowing whether or not you’re being honest with yourself in the music or whatever form of art. As artists, I believe we care about anything we make, and it’s about if we’re being honest and representing ourselves in the moment.

Would you consider yourself a perfectionist, and does that ever come back to bite you?

I don’t say that I am, but when you asked, I definitely do identify with being a perfectionist. I can go back and make tweaks on anything I’ve made, but it’s about saying, “This is good enough to share with the world.” It keeps me up at night. I stay up until I’m satisfied, and after anything comes out… I ruminate on how I could’ve done it better.

When do you free yourself from the rumination?

It’s the point where I decide I’m proud of this and want to show people. I can continue to make adjustments, but it’s up to me to decide it’s time for people to hear.

What’s your best advice for artists struggling to let go and let their music be in the world?

Trust yourself and understand that as long as your artwork is as honest as it can be, it’s up to you to decide that.