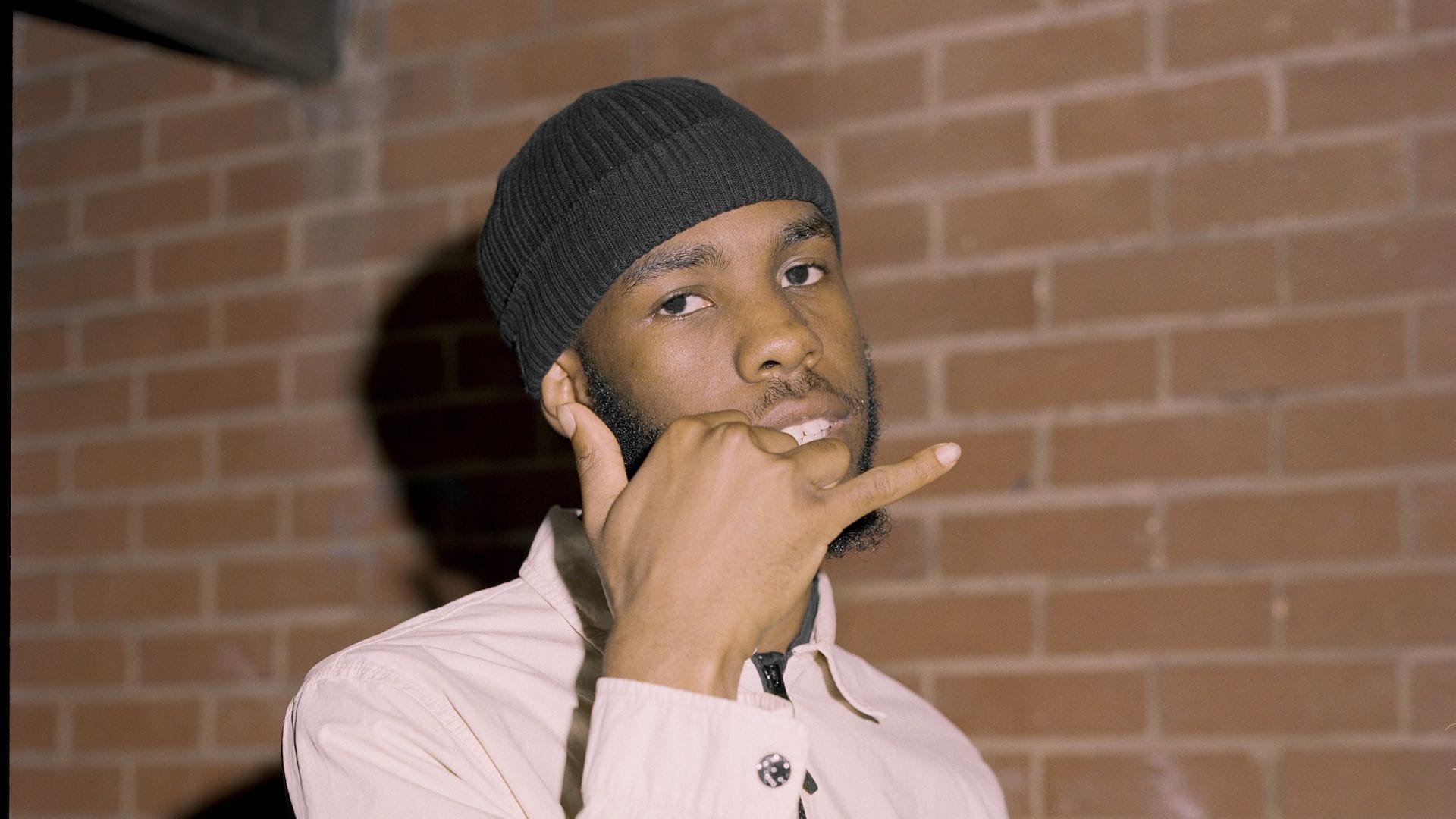 Leicester’s Sainte may be in his second year of university, may have only started pursuing music recently, and yet, he raps with the grace of a seasoned veteran. His debut EP, Local MVP, home to breakout single “Champagne Shots,” features four tracks of luxurious bars shrouded in a hazy atmosphere. Standing apart from the raucous sounds of other rising UK rap figures—slowthai, Pa Salieu, and others—Sainte feels like a real wildcard coming onto the scene with a flow more reminiscent of Curren$y and writing not far off from the opulence of Westside Gunn.

Influenced by Freddie Gibbs and Shoreline Mafia, with an affinity for his local scene and a love for hip-hop, which spans Sainte’s first hearing his brother freestyling with friends, Local MVP blends American rap mainstays with flavors and snapshots of UK living. As Sainte explains, he only writes what he knows—or wishes to manifest for himself—and from the title of the EP to the cover art, his goal is to put on for his “cozy city.”

Local MVP opener “Stylin” is the definition of smooth. Sainte floats on the verses, sure, but it’s the hook where he really shines as a rising star. His gentle delivery and grasp of easy-listening melody make the song positively infectious. “Champagne Shots” has the energy of a slowly dissipating smoke ring, the way Sainte’s voice patters atop the subtle instrumental. This is the soundtrack to a heavy-lidded night in with your closest friends. 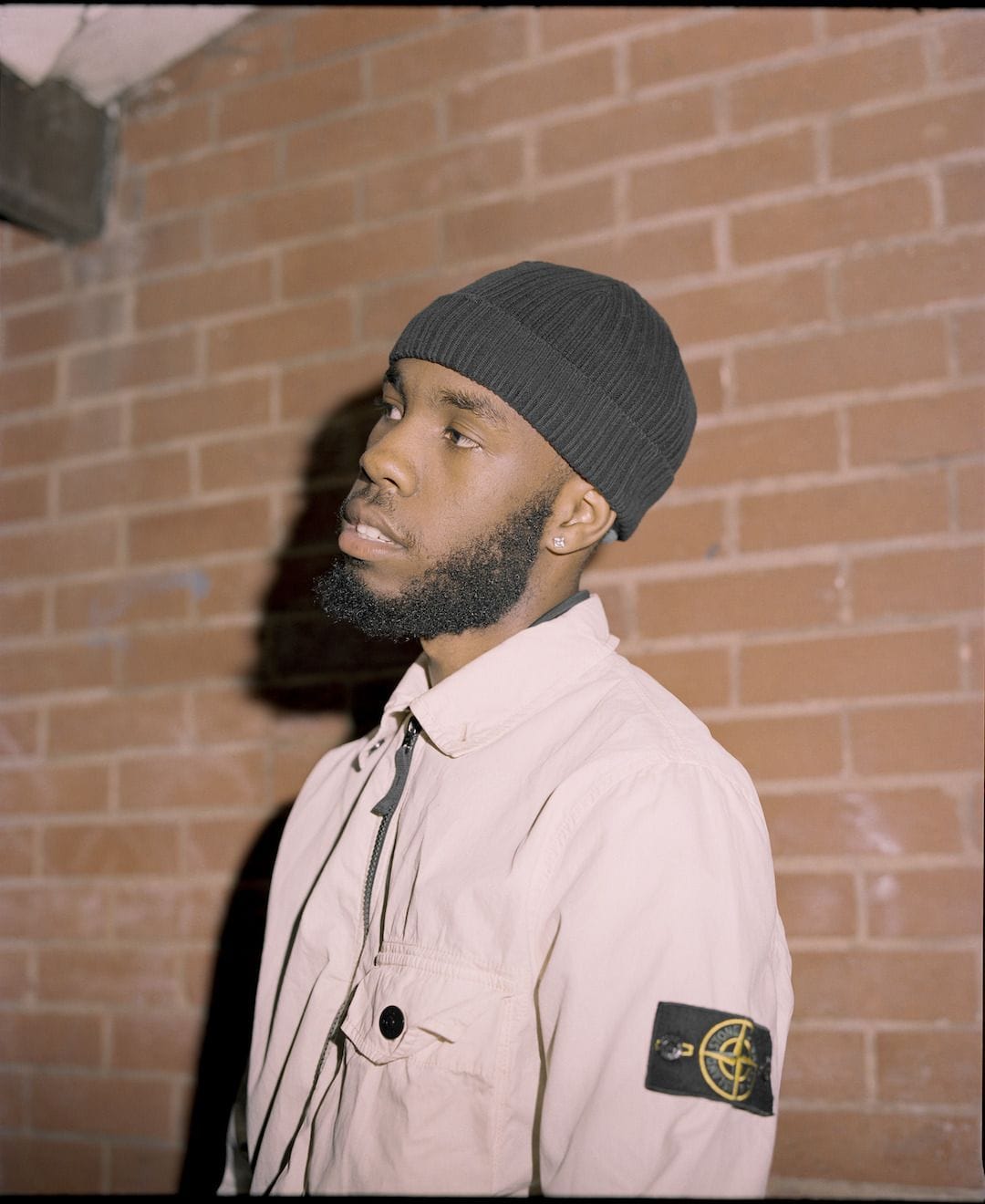 When did you first fall in love with rap music?

I don’t think I can give you a specific date, but it’s from a while ago. Maybe secondary school. My older brother used to bring his friends over to the house and freestyle in their room. I was never allowed in! But I would just listen from the door.

I’ve been told you’re finishing up university and just recently started making music. What pushed you to pursue rap?

I’m in my second year [of university], and I went through a sports phase. I was playing basketball semi-pro, but playing in the UK, it’s hard to go far. Our goal is to get a scholarship over there in America. The chances of that are quite slim. But for basketball games, we’d freestyle and mess around on the bus. I realized, “Okay, I’m kinda good at it. I’m gonna keep going.”

Kind of, and I have a “Why not?” mentality. Let’s see and test it out. I step outside my comfort zone.

Do you see yourself pursuing rap full-time, or is it still just a hobby while you finish up school?

The vision I have now is crazy. I see music in the future. I am not gonna lie and say I’ve seen it coming from a while ago. Music was a hobby. But the attention and buzz that’s came along with it is exciting. People are messaging me that my music makes them feel inspired. That’s great! The passion I’ve got for music has grown a lot, and having my [team] involved motivates me even more.

Your style is a nice blend of American luxury raps and a signature UK sound. What influences did you pull from for your debut EP, Local MVP?

You got me there with the American inspirations because I got a lot of tastes from across the pond: Curren$y, Larry June, Freddie Gibbs, Shoreline Mafia. A lot of names. Of course, I always remain [true] to my roots. How can I add my own flavor and taste to it? I just blend.

Local MVP is home to your first breakout track, “Champagne Shots.” Can you walk me through the making of that one?

That was one of the most organic processes I’ve ever experienced in music. I just tapped in and connected with Parker Jazz Keegan—he’s currently in LA. I got in contact with him over a YouTube beat I found of his. From then on, he was sending me beats.

I remember being at home with my friends, having a little drink. My camera guy took a shot of champagne. I write on actual experiences. I can’t write random stuff. I am writing things I’m experiencing or things I’m manifesting. “Champagne Shots,” I just wrote about that one day with my friends.

What part of the creative process most excites you, and how does that reflect in your music?

I can’t single out one part of the process. The whole process is mad exciting. Just from getting a beat to writing, filming a video… I’m locked into each stage. But I’ll probably say, releasing the track, because I’m always excited to see what the people [think]. Especially with the fan base we’ve built. We’ve got a community. I try to interact and talk with them a lot. It brings a smile to me, hearing people’s views.

With such a swath of influences, you’re a bit of a wildcard in the UK rap scene. Do you feel that way?

I wouldn’t say I fit right in. I have my differences, and I like the feeling of being different. I try to push onto that as well. There’s a lot in the pipeline to help people see we’re unique over here.

Where did the Local MVP title come from?

I’m actually based in a small city called Leicester. It’s a cozy city, and everyone knows each other. Obviously, playing basketball, I was a social person, so people called me “Team MVP.” It was a small, ongoing title I got in the town. It’s only right to call [the EP] Local MVP.

The album cover, my hands, I’m holding an “L” and “C,” which stands for Leicester City. Never forget your roots, type thing.

In the next six months, I’m trying to push out as much creativity and positivity as possible. I never [just] manifest for myself, but for everyone around me, as well. We want to show people nothing is impossible. I didn’t predict all this happening, and it still happened.

Is there any fear music won’t work out?

I don’t think anyone is always positive all the time. Doubt is a thing you can’t ever not have. That fear does creep in, but I see the fear as a good thing because it means I care. You’re able to use [fear] and flip it into motivation. You gotta try your best to stay motivated.