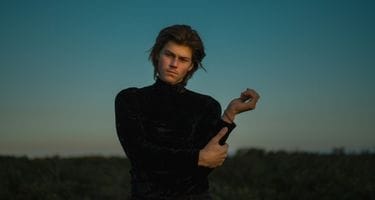 There’s something special brewing in Ruel’s world. The 18-year-old Australian artist broke in 2018 with his Ready EP. Born Ruel Vincent Van Dijk, he started on guitar at eight and began recording music by 12. At 13, he began writing his breakout project. He was dubbed a “prodigy” by 16.

Also, in 2018, Ruel became an award-winning name when the ARIA Music Awards dubbed him Breakthrough Artist of the year.

Ruel has accolades. He has an irresistible, honesty-dripping bedroom soul sound, a hoard of adoring fans, and publications singing his praises. What he doesn’t have is ego.

With the release of his latest EP, Bright Lights, Red Eyes, Ruel sounds like he’s grown up. On opener “as long as you care,” he combines raspy vocals with his bleeding heart, bringing us all back to those aching teen years. But he never sounds navel-gazing. Bright Lights, Red Eyes feels more holistic than Ruel’s previous offerings, even Free Time, which featured his smash “Painkiller.” The leading keys of “courage” give way to Ruel’s meditations on loneliness. The imagery carries the track—the whole EP, really—and even as we get into the uptempo percussion, Ruel makes a gorgeous scene of sussing out his own wounds.

Sometimes you come across a fully developed artist who is just getting started. Ruel arrived not at the height of his power but with the natural ability to ascend into the skies. Featuring Cautious Clay, Bright Lights, Red Eyes bubbles with blithe life in the most literal sense. This is an EP for muggy days and contemplation. For when you’re huddled up in your room and wondering if you’ve made one too many mistakes in love, Ruel is there. All under the bright lights, with red eyes. 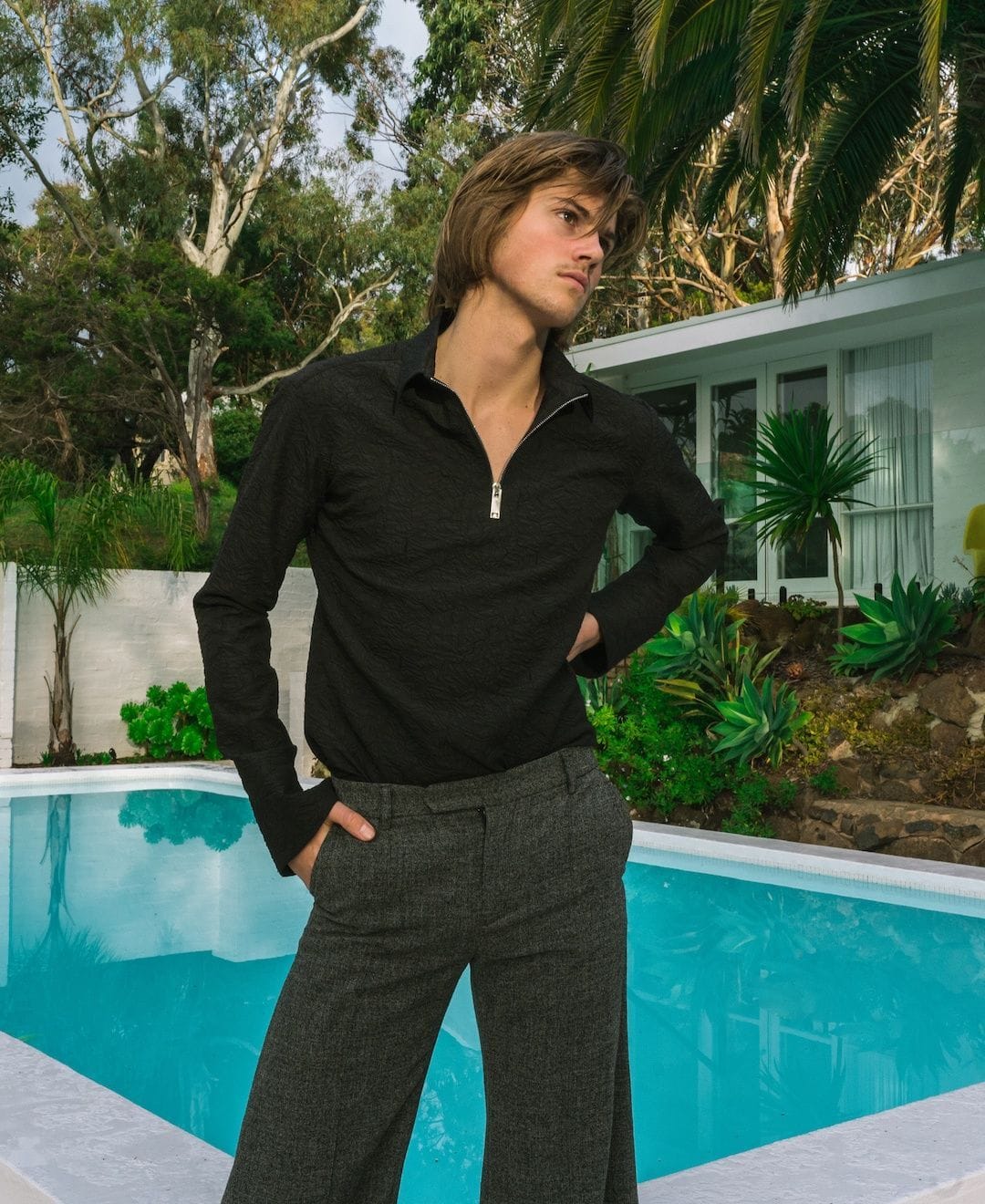 Have you internalized that you’re talented, or does success feel like a fluke?

It definitely feels like a fluke a lot of the time. It is a lot about time and place to get any sort of traction or fan base, or industry buzz, whatever they call it. It does take a lot of luck to get here because there’s so many insanely talented people who obviously are way more talented than I’ll ever be, who just haven’t had that streak of luck.

But… I work hard! I’ve been working hard since I was 12, so about six years. I do feel like I deserve it, at this point.

When I was reading about you, I noticed people love to call you something of a “prodigy.” How does that make you feel?

It’s a weird word. I’m just trying to take it as a compliment and move on, keep doing what I’m doing.

It sounds like it’s all about craft for you.

Definitely. That’s all you have to do to stay grounded and screwed on. It’s easy, if you’re around the wrong sorts of people, to get caught up in the hype and start believing your own hype. Then, you turn into an asshole. That can happen pretty quickly.

If you stick to what made you wanna do it in the first place—craft and art—and make sure you don’t think you’re too great, that won’t happen.

That’s how I write, really. All my EPs have that sense of honesty. I find it impossible to not be honest when I’m writing, to not throw my problems out on the page. If I can’t emote to a song, then I don’t wanna sing it, or put it out.

Where does that fearlessness come from in regards to your emotions?

I’m pretty transparent. In fact, I’m an awful liar. I’ve been brought up that way, to be open about my feelings. I’m getting used to shedding all my problems—I just talk to a writer or producer about it when I’m writing a song. And [they’re like], “Chill out, [you] didn’t have to tell me all that.” And I’m like, “No, it’ll make the song better if I tell you everything.” I don’t mind. I don’t feel like I’ve got anything to hide. 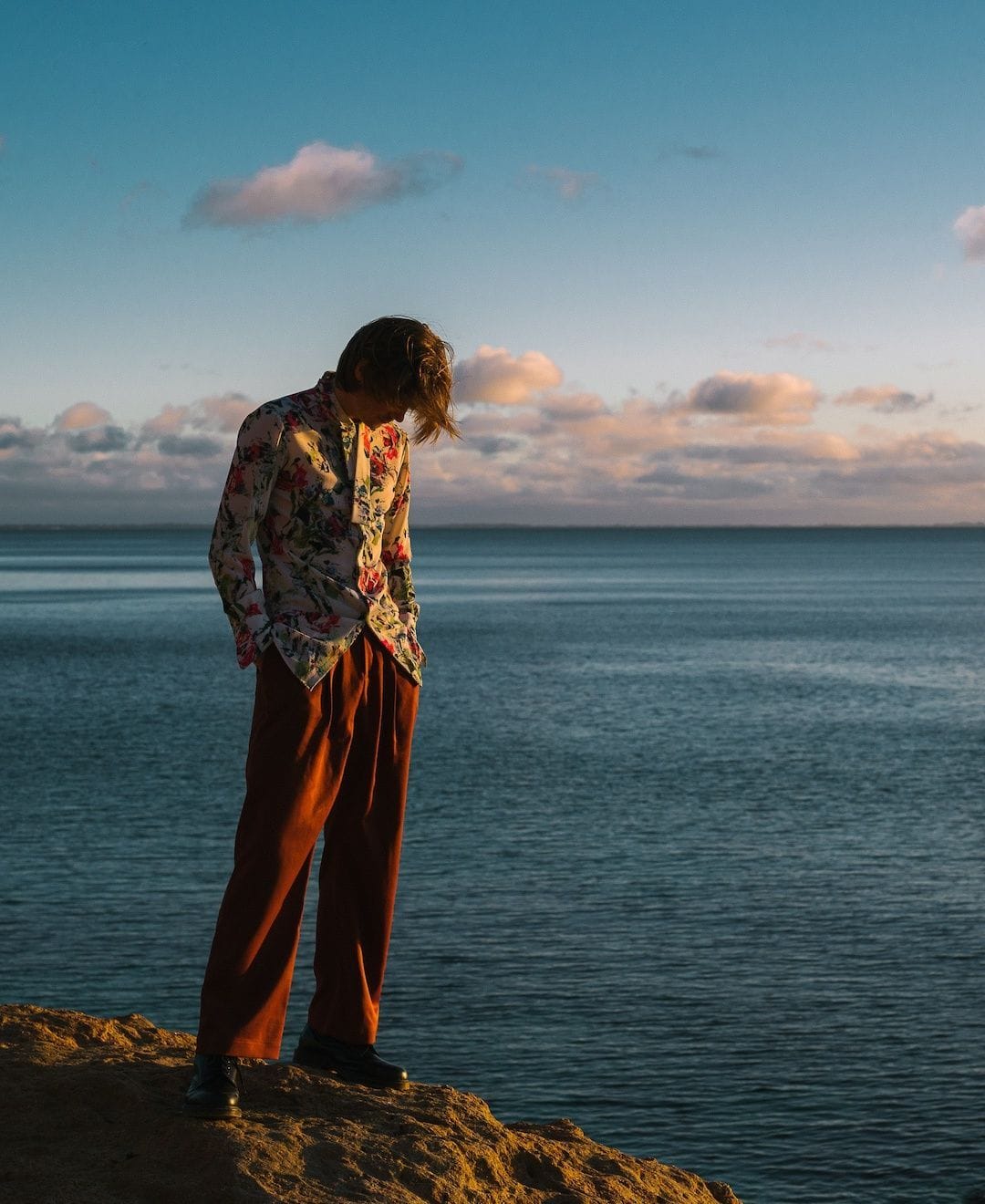 Bright Lights, Red Eyes is your most mature work. Do you feel like you’ve grown up with this EP?

Each EP, I feel like I’ve grown up more and more. Ready came out, I was 15, 16. This EP came out right before my 18th birthday. It is growing up and a step up in maturity in everything: songwriting, production. Everything is changing. If you go backward, what’s the point?

Does it feel strange to have this catalog of music charting who you are becoming as a human being?

It is quite strange. It’s how all art works, really. [It’s] there forever. You put your footprint on the world. It’s so easy to go back and tap into a person’s mind and what they were thinking at that time. It’s such a defining mark of someone’s existence.

It’s a pretty cool feeling. I’m lucky to be in that position. I’ve got this fan base and this platform. I might stick around a bit longer than I think.

Have you had fans tell you you’ve changed their life? How does that make you feel?

It’s a pretty amazing thing when you’re talking to fans, and they tell you a song impacted them. When I’m writing, that’s what I try and keep in mind, as well. The most specific songs I write tend to be the most relatable.

Lots of people get cooped up in trying to make [their music] more vague, so more people can relate to it. I feel like the more specific you make it, that’s usually the songs people connect with the most.