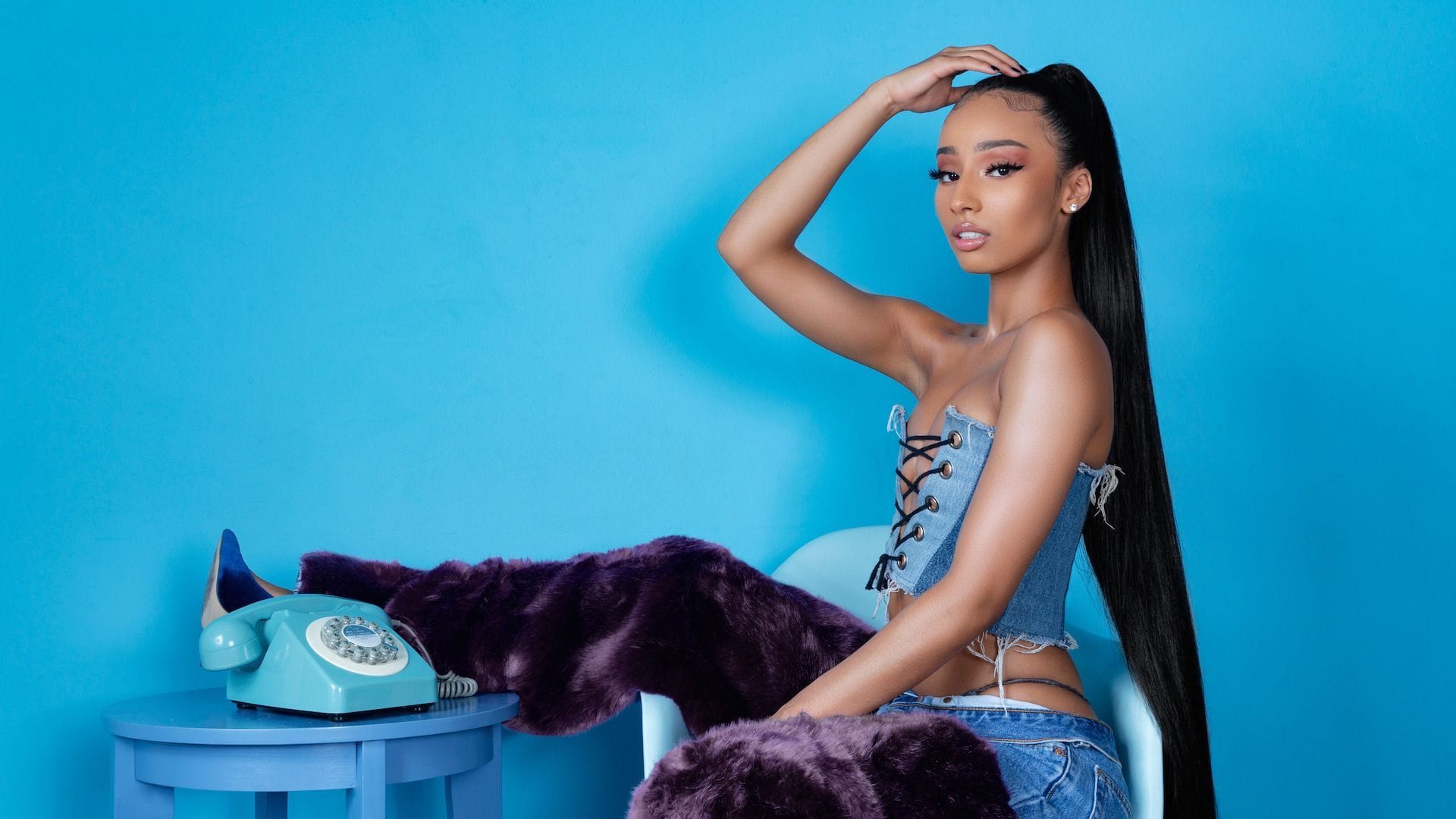 Rubi Rose is meticulous. She’s hyper-aware of how she perceives herself and the next phases of her career as a woman in rap. “I just record every single night,” she tells me over Google Meet. “I’m working with so many different producers, different artists. I’m just trying to get this sound right.”

Debuting formally as a rapper just three years ago, the 22-year-old intentionally leaked “On Top”: a loosie with her then-boyfriend Playboi Carti. Cringing at the song’s mention, Rose admits that both her gateway into rap and her short-lived DJ-career during her time at Georgia State University—under the moniker Rubiana—were “wack.” “I did like one set for A3C, and that was so bad,” she says. Though the criticism across social media was hard to read, she used it to fuel her love of writing and delivering bars.

Honing in on what felt like a larger-than-life, audacious approach to the mic, Rubi Rose found a social media breakthrough in “Big Mouth,” released in 2019. While her early music exists in what she calls the “pussy rap” space, Rubi is adamant that her story will be told in multifaceted ways on future songs.

Rubi Rose’s hoarse and unnerving cadence garnered her attention from Cardi B, who approached her—as well as Mulatto, Sukihana, and ROSALÍA—to star in the “WAP” music video last year. It was a “dream come true” for Rose, who sampled a compliment from Cardi for the introduction to her recent mixtape, For The Streets, released in February.

For The Streets flirts with the potential of Rubi Rose, the rapper. It’s packed with aspiration and tongue-in-cheek humor and demonstrates Rose’s wide-ranging ear for production. “I’m a huge lover of Latin American music, so I wanted to incorporate that,” she explains. While the project was a milestone in her career, Rubi Rose isn’t satisfied: “I just want to go harder in every capacity next time around.” 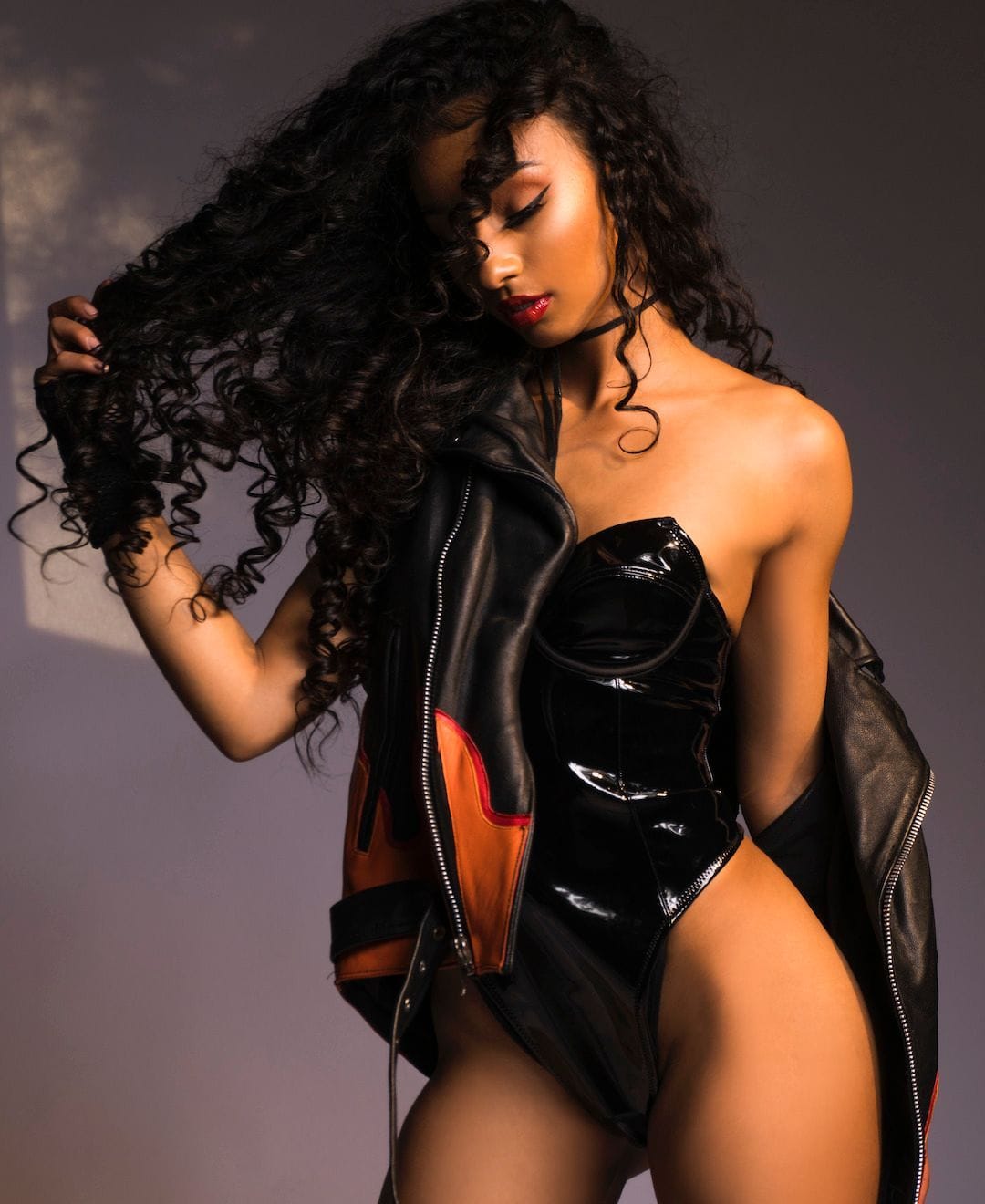 I know you’re focused on recording your next album and on telling “real” stories. What’s different about the process now?

I’m trying to get more personal. I want something to be able to relate to, not just the “rah rah rah, pussy talk.” What’s changed is my writing process and even my beat selections. I’m not doing all just drill or trap. I’m trying to get slower, more melodic selections to really rap on.

I just went through a breakup, and I moved to LA, and I’m growing as an artist, so there’s so much to talk about internally. I want girls to be empowered and confident and be reminded of their value. I want all of that to come through on the album too.

You have a husky, distinct cadence that the likes of Cardi B have complimented. How did you find that part of your voice and exaggerate it?

Whenever I get loud and get animated, I tap into the type of things I learned in Atlanta. The slang, the way some people talk, it’s now regular to me. I’m quite confident in the right settings in my personal life, so I guess this was always just natural to me.

You’ve moved around a lot in your life, living in Switzerland for boarding school, for example. When did you move to Atlanta, and what were your initial impressions of the area?

My mother, even from a young age, made sure me and my sisters were well-traveled. I feel like I have such an open mind and appreciation for different sorts of people. I came to Atlanta at a cool time because everything was buzzing around that 2013-14 period.

I’d moved from [Gwinnett County] where the Migos are from, I was at high school there. [Migos] were getting popping and [Young] Thug and Rich Homie Quan, Future. “Stoner” and “Versace” had just come out too. It was good to witness it all. 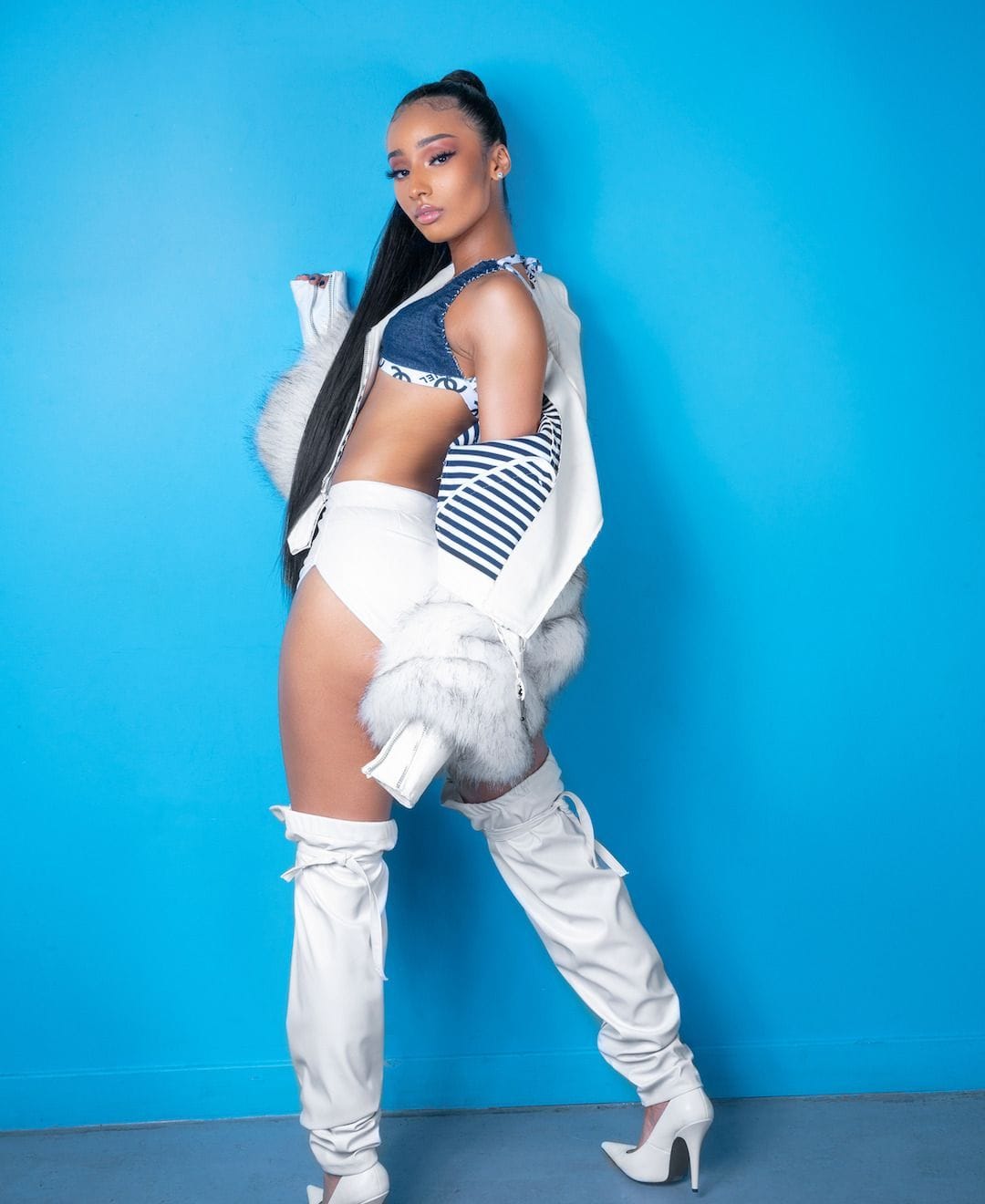 You recently released For The Streets, which is a hard-hitting and passionate debut mixtape. What fuels your ability to be so unapologetic throughout?

It’s really me and my real life. That aggression, to an extent, comes out there, or maybe it’s a part of who I want to be also. I’d say it just comes naturally for myself and my stories. I’d never say it was too crazy [in relation to struggling], but there’s been some tough times in college where I didn’t have as much as I wanted to. Experiences like that motivate me because it’s crazy to see where I am today.

Which song was the most challenging for you to record?

Probably the song with Future and PARTYNEXTDOOR. I still don’t like myself on it. It’s Party and Future—I didn’t deliver, and that’s okay. There’s always the next time. But I know that the verse didn’t meet my expectations.

Being included in Cardi B’s “WAP” cameos, and as one of the next generation of women in rap, do you see a progressing landscape for women?

It’s a really good time for us right now, for all of us. When men do remixes, we are now featured more. We’re really putting on for the ones after us. When the world opens up and we can do more shows, it will only get better.

You’re beginning to record your debut album. Mentally, how different is the process for you?

I hear myself and want to see myself sounding a little bit different than where I’m currently at now. I don’t exactly think I’ve found the sound just yet. But I feel like I haven’t been making the best music because I’m not a night person and have been recording then. I’m a morning person. I need to change my routine. I’m also starting a writing camp soon.