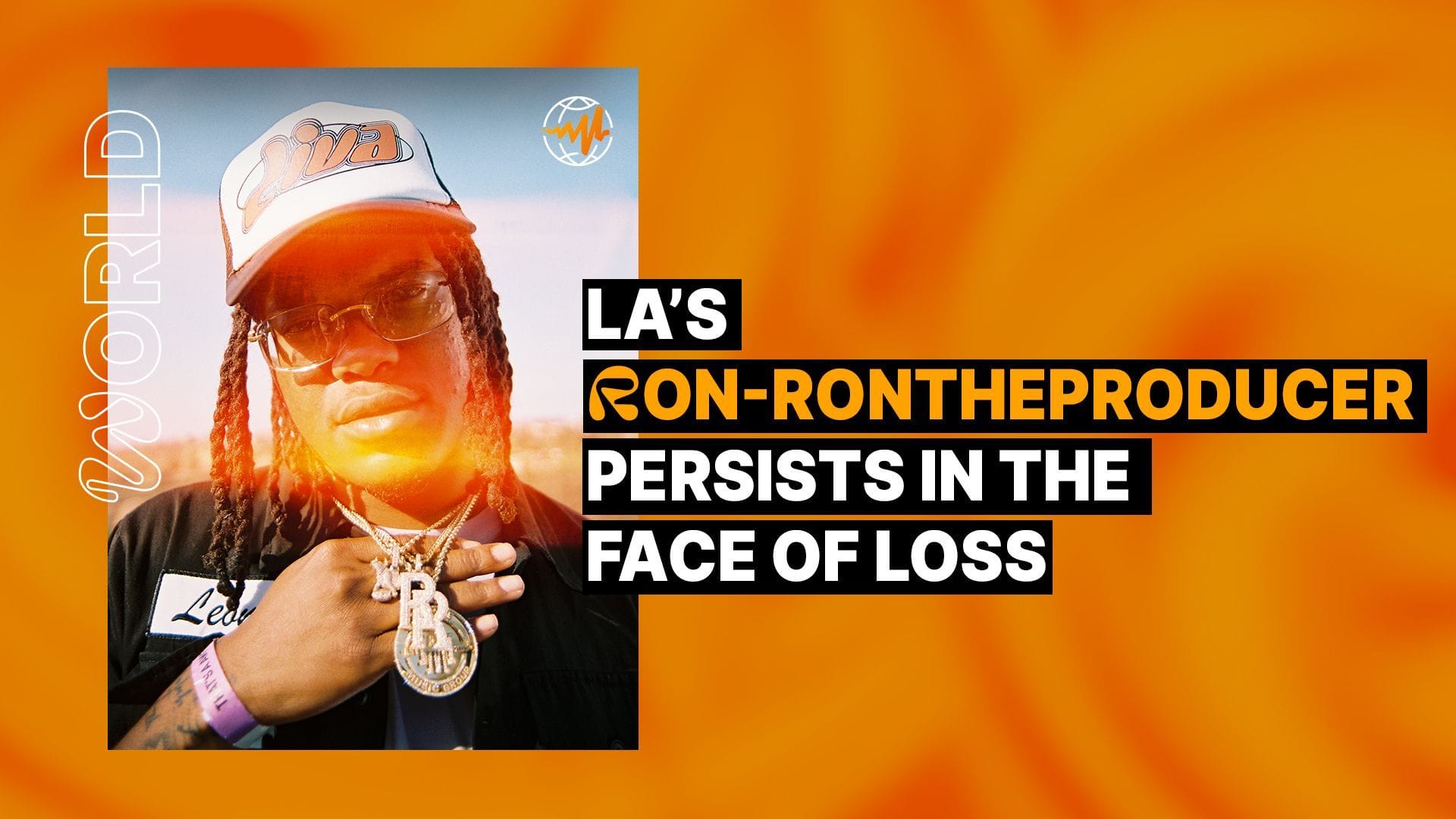 Ron-RonTheProducer (or RONRONTHEPRODUCER) is best known for crafting many hits that formed the backbone of a new wave of LA rap with Shoreline Mafia, 03 Greedo, Drakeo The Ruler, the late Ketchy The Great, Tru Carr, and FrostyDaSnowmann. Born LaRon Robinson, he grew up near 99th & Central Avenue in Watts, California, where he caught glimpses of G-funk in the back of his dad’s fourth-gen Chevy. This genesis would soon push Ron-Ron, the son of a DJ, to formulate his own LA-centric musical style, which he dubbed “traffic music.”

A natural giver, Ron-Ron is at his best when building up others’ sound, lacing their beats with his signature thundering basslines and laser synths. Through his friendships around the city, he bolsters chemistry between himself and artists that then translates into each and every song. His acclaimed work proves his knack for forming long-lasting friendships through his natural and, at times, serendipitous connection to the city’s musical ecosystem. The first Shoreline Mafia mixtape, ShorelineDoThatShit, may have never been made had OhGeesy not stumbled upon the instrumentals for “Whuss the Deal” and “Musty” on a free beat tape from Ron-Ron.

Over the last half-decade, this LA wave has been marked as much by loss as it has with prolific creativity. Many of the region’s biggest stars have been forced to navigate incarceration, crew fall-outs, and death. Watts powerhouse 03 Greedo was signed to a record deal before being sentenced to a 20-year prison sentence stemming from drug charges in 2018. South Central’s Drakeo The Ruler was arrested in 2018 on charges related to a 2016 murder and faced life in prison until accepting a plea deal in 2020. Ketchy The Great, a close collaborator of both rappers, died in a tragic accident earlier this year just months after being released from his nearly three-year prison sentence. 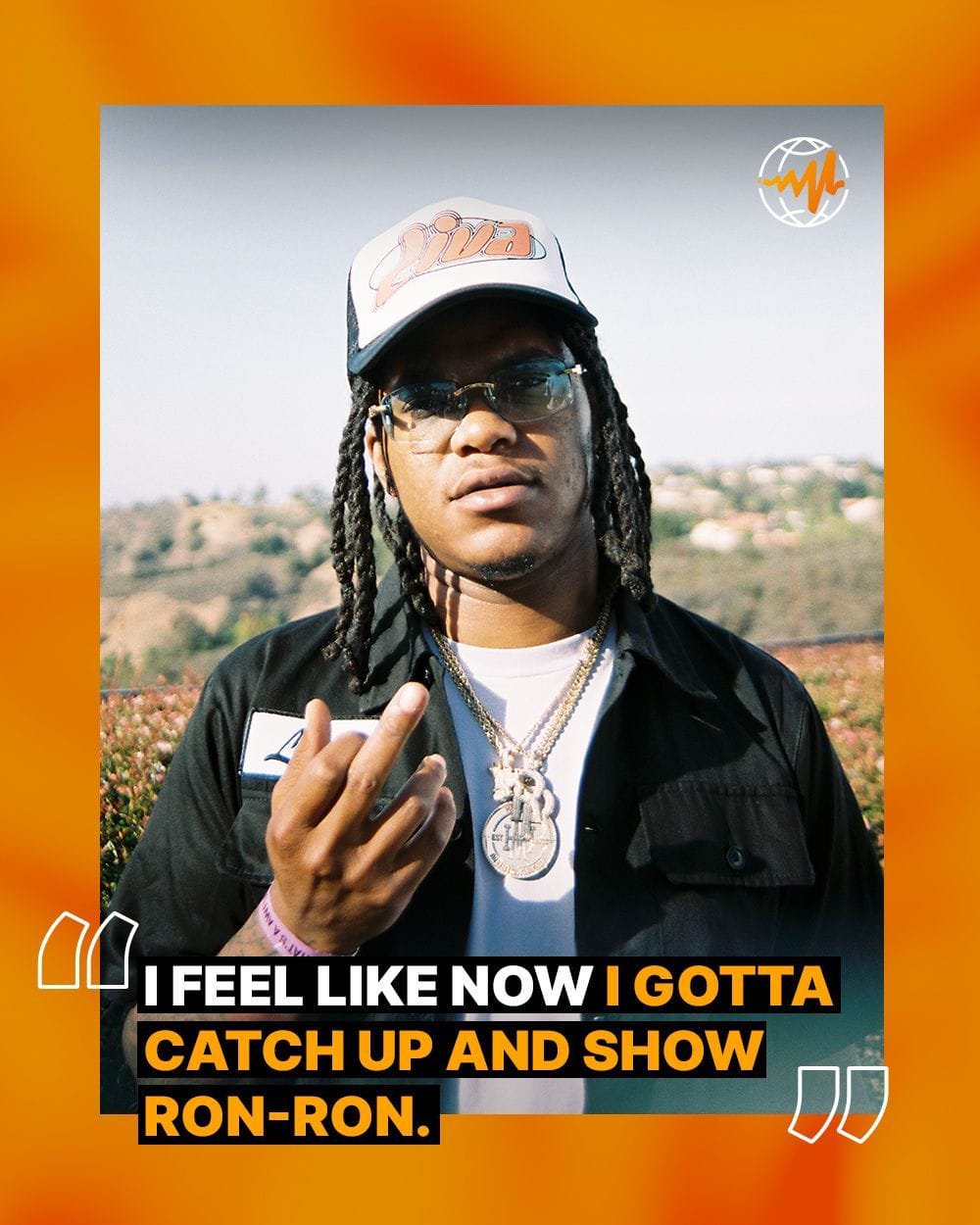 For Ron-Ron, this past year has introduced a score of new tragedies. He had multiple laptops stolen out of different cars, resulting in the loss of hundreds of hours of unreleased music. His uncle passed away. Shoreline Mafia broke up.

Despite these losses, Ron-Ron remains one of the city’s youngest and most prolific producers, with a fresh desire to thrust himself further into the spotlight. “I feel like I could have been a little bigger than what I am if I would have been more focused on myself,” he says. “I feel like now I gotta catch up and show Ron-Ron.”

Take me back to working in your mother’s backhouse.

I started making beats in seventh grade. I had a backroom, where people could walk straight to the back, and I had a whole recording studio out of my room. I had everyone from LA come through; Tru Carr, Drakeo, Ralfy The Plug.

How did you and Greedo first meet?

We met through my managers, TK and Picasso. I went to a studio session at Melrose Sound Studios. Larry June was in there too. The first night we made “Run For Your Life.” Greedo and I started to form more of a bond because I had my own studio in Torrance. He’d hit me up, then come pick me up at my house, and we’d go to the studio, just me and him. That’s when we made The Wolf of Grape Street, Purple Summer, and First Night Out.

What was it like working with him at that time?

It was different. I knew Greedo before he was signed. We were both homies. I’m already working with people, that’s when I met Greedo, and it was like, I got an artist who I can really bond with, and build something. I got that with Ralfy, but then he went to jail, and that kind of slowed it down.

I remember seeing you on IG live in the studio with Drakeo the night he was released. What was that like?

I’m just now really starting to bond with Drakeo. When he and Greedo were out, they were doing music at my studio, so that’s how I started bonding with [Drakeo]. I was fucking with Ketchy a lot. Ketchy was my boy. When they were all out, I was with Ketchy already. So I just pulled up on them. Drakeo was like, “Play some beats for me.” I played like three or four beats. All the beats I played, he rapped to them. I got five or six songs on his next project. 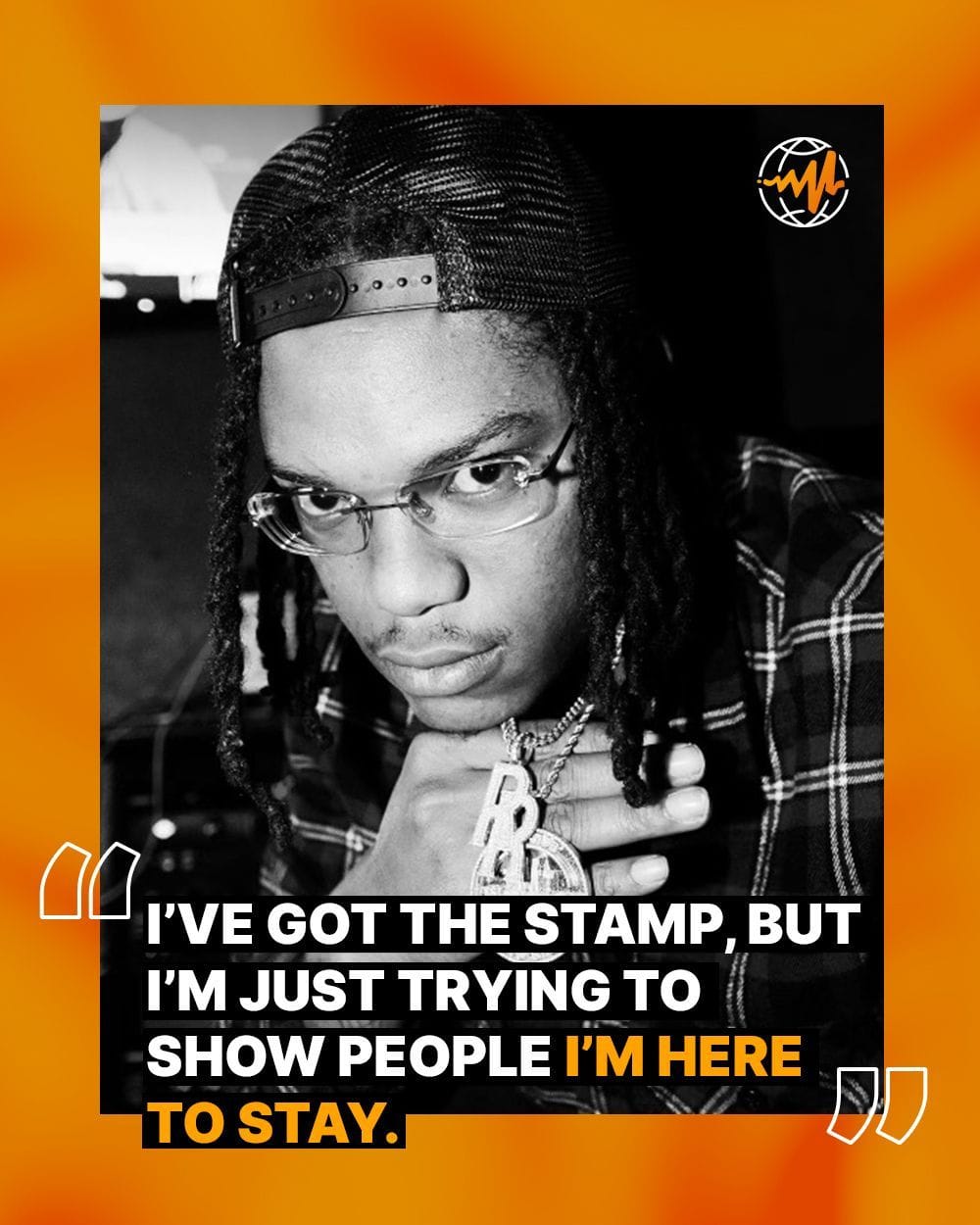 Do you remember the first music that made you want to produce?

It was all DPG shit. A lot of Mystikal, Master P. I was a big Jeezy fan. I always wondered, “How do they make the beat?” Even as a kid. My cousin had FL Studio. I already had the demo. One day he was just like, “You want this?” I’m a Southern type of dude when it comes to music, so I want to make trap beats all the fucking time. I just don’t have no trap artists to give those beats to.

Do you play trap beats for LA artists but not get the right response?

Yeah. The only [people] that will rap to a trap beat are Ralfy and Ketchy.

I got to keep the LA stamp, but I want people to know me for other shit too. That’s why I came out with the Fenix shit [“For Me”]. It’s a different kind of beat. I’m trying to come out of that box. But it’s kind of hard. Even when I go to Atlanta, they want LA beats. I went to a studio session with PeeWee Longway. Even with Lil Yachty, he wanted LA beats. I’m like, “I want y’all to hear this trap shit.”

How do you navigate that in studio sessions?

I read on Twitter that you lost a laptop earlier this year.

Yeah, bro. 2020 was a big loss. First, my uncle died, and I went to the candlelight. I’m moving fast, forget to lock my car door, and I guess someone saw me. When I came back in the car, my whole bag was missing. I was hot. I didn’t lose all my beats, because I’m smart, and I back up my hard drives.

Do you ever worry about the songs you’re sitting on aging too much?

Yeah, I feel like there's always new beatmakers making new sounds, trying to copy your sounds, but they make a new sound. It’s always a new person. It’s just up to you to continue your legacy. Me personally, all I’ve got to do is drop another hit. I’ve got two Platinum [records], three Golds. I’ve got the stamp, but I’m just trying to show people I’m here to stay. I’m trying to be a DJ Khaled or a Mustard.

We recently lost Ketchy The Great. How have you been processing everything?

That shit hit me totally different bro. The day before, he was supposed to come to my house. But he was like, “I’m too tired, I’ma come tomorrow.” Then the next day, I heard he died. He died on Valentines’ Day bro. Him and his girl was chilling, and then I guess he left. Something happened. I don’t know. How bro get hit by two cars? That shit crazy. Him and Greedo were supposed to do a whole album together, so I got all those songs in the cut. Just waiting on Greedo.

Do you talk to Greedo much?

Yeah, we just talked. That’s my boy. He just waiting to get out. He just got approved for parole. Everything we make be so genuine. I wanted to drop Load It Up before he dropped the tape with Kenny [Beats] or the tape with Mustard. He wanted the label to really build it and pace it out. So I had to wait it out.

“Home VLONE” is one of my favorites.

He made that one before he went to jail. That’s why it’s one of my favorites. Because he was feeling the pain already. And I made the “Ron-Ron load it up” tag around that same time. That’s another thing. If your tag not catchy, your beats not going that far.