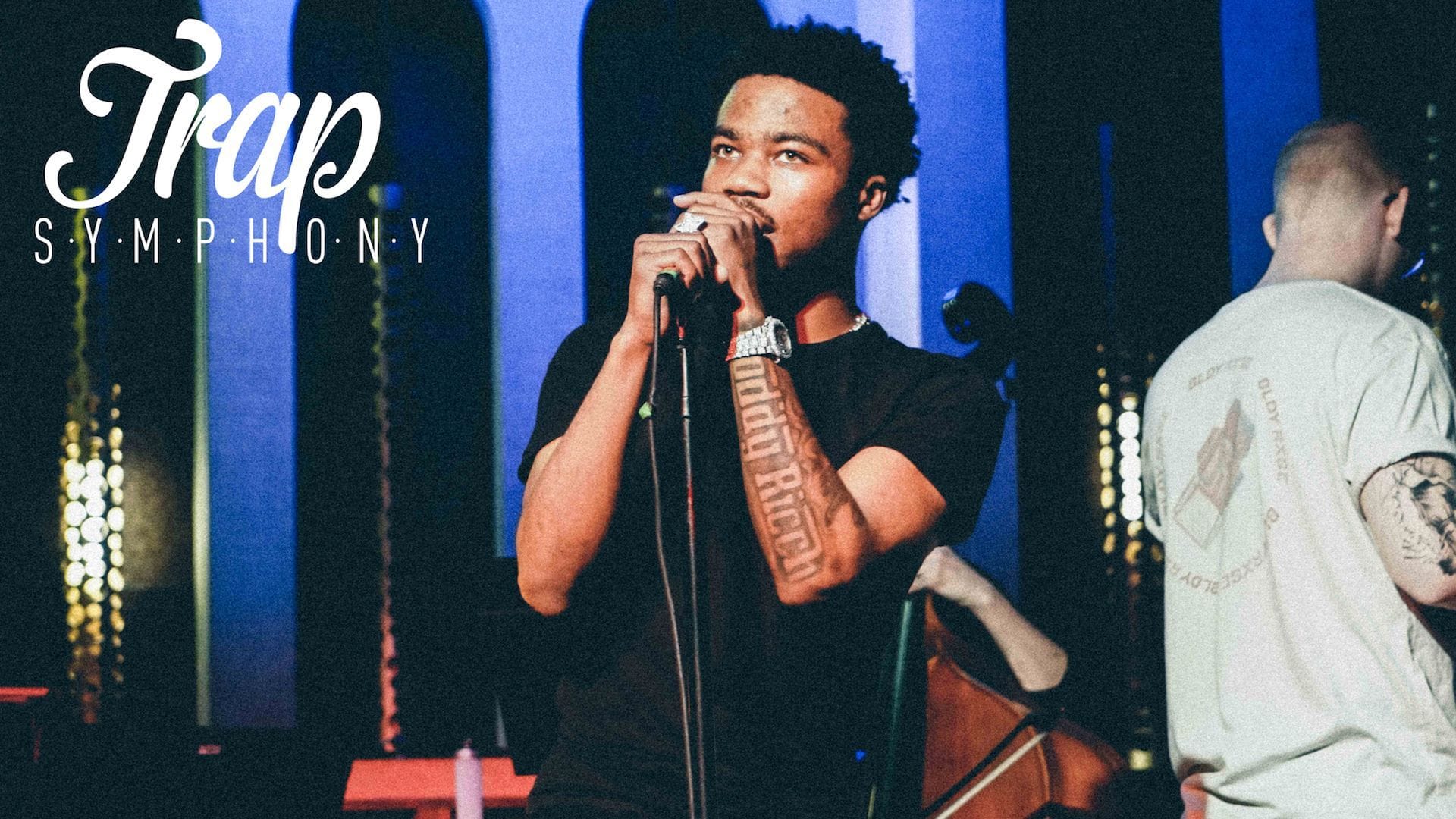 Watch the full Roddy Ricch Trap Symphony performance below, and click here to watch all five songs as separate videos.

Roddy Ricch has had a whirlwind couple of years. Since breaking through to the national stage with his 2018 single "Die Young," the Compton native has cemented himself as yet another vital voice out of one of Los Angeles' most notorious neighborhoods, become one of rap's most promising up-and-coming stars, and captured a GRAMMY nomination for his work with the late Nipsey Hussle.

Perhaps most impressively, he's become a champion of the public despite his introverted nature. Please Excuse Me For Being Antisocial is the name of his debut album, which was released last week and has already racked up over 20 million plays on Audiomack alone.

To cap off such an impressive year, Roddy Ricch joined Audiomack for the latest installment in our Trap Symphony series, and it's our grandest production to date.

Recorded at the Peppermint Club in Los Angeles at an exclusive live performance for a select crowd of fans and journalists, Roddy Ricch's Trap Symphony found the melodic artist reworking his biggest hits for an intimate stage. "Intro," "Start Wit Me," "Ballin," "Die Young," and "Down Below" were transformed by a live orchestra, while Roddy's magnetic presence brought the performance to life. He may be antisocial, but both the music and the performance speak for themselves.

The most poignant moment of the night came prior to Roddy's performance of "Die Young," when Roddy opened up about the song's importance and revealed that the loss of his best friend has added even more emotional weight to his breakout hit.

“I wouldn’t be standing before you if I never made this song right here," said Roddy. "This song holds a very important place in my heart ’cause I lost a lot of homies in the streets. Not even just to gang violence but just to the streets. I lost my best friend to a high-speed chase. A lot of people don’t know that about me, but when I got rich that was like the first thing that ever happened to me. So that shit scarred me ’cause I thought when you get money your life be, like, the best, but it was just crazy. Going state to state, really wanting to call one of my best friends [but] I couldn’t. That shit really took a toll on me. He was here to hear this song for a couple of months, maybe a month or two, but this song is very close to me.”

Shot and edited by Erikson Corniel, Trap Symphony features music direction and mixing by John Cleary, conducting by Matt Compo, drums by Jon Brick, and strings and keys by the Velveteen Ensemble. All photos courtesy of Spenser Hartung.

Roddy Ricch’s Trap Symphony follows performances by Migos, Chief Keef, A Boogie wit da Hoodie, Rich The Kid, Trippie Redd, and Burna Boy. Trap Symphony has been described by Billboard as “truly must-watch cinema” and by The FADER as “surprisingly emotional,” while Noisey said, “You should absolutely watch every damn second of it.”