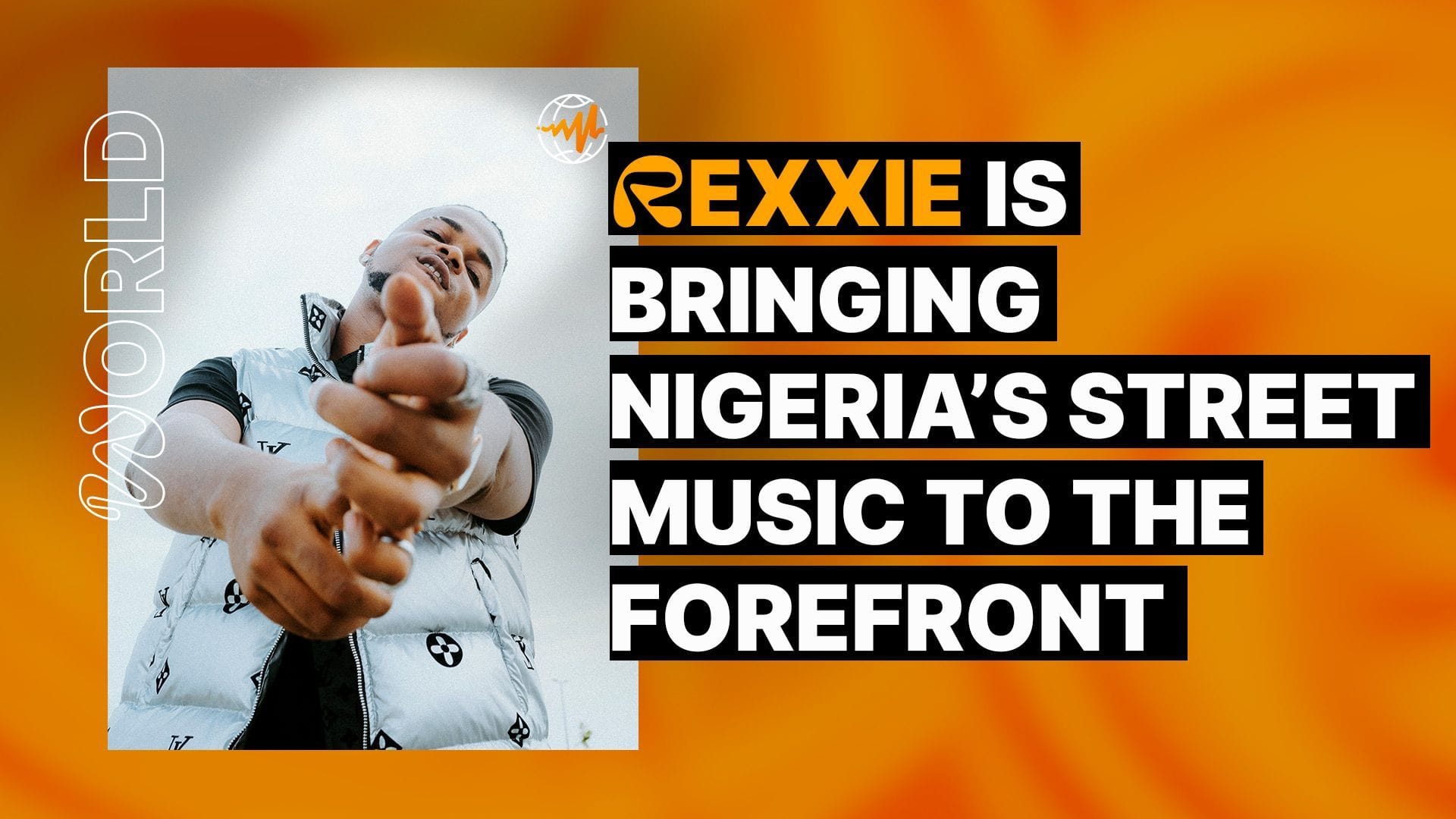 The key to the doors of popular street music from Nigeria lies in the hands of Rexxie. With street music defining Afrobeats’ wider zeitgeist, the Lagos-based producer is at the forefront of the culture, both sonically and thematically.

Born Eze Chisom, the soft-spoken producer started making music a little over a decade ago, inspired by the standout success of Wizkid and, later, Davido. “For me, just seeing those two make it felt like I could do something musical and succeed,” he says over the phone.

Spending the better part of the 2010s sharpening his craft in the underground allowed the producer to develop at his own pace. When Rexxie linked up with Nigerian rapper Zlatan in 2018, he was ready to make his mark, working closely with the rapper and others within his creative orbit to define the Zanku culture that has found favor with the global stars like Beyoncé, whose Shatta Wale-assisted “ALREADY” video used the sound’s accompanying dance. Songs like Zlatan’s “Zanku” and Naira Marley’s “Am I a Yahoo Boy” depicted Rexxie’s ability to craft records that are timestamps of their specific cultural moments—both tunes bolstered the artist’s profile and merged their sounds to the DNA of Nigerian pop.

In addition to his work with Zlatan and Naira Marley, Rexxie has made hits for Burna Boy and Davido, before transitioning to making his own music, hoping to codify the sounds of the African streets with his 2020-released debut EP, Afro Streets. On “Mofoti,” he documents the resilience of areas like Agege and Ikotun over signature throbbing beats with Naira Marley. “Sokale” is peppered with hood spirituality, while “Opor” examines the opulence that many people dream about but can’t quite access.

“Afro Streets is the actual genre of all the street music out of here,” Rexxie says about the title and sound. His latest release, “KPK,” a breezy, Amapiano-influenced number with MohBad, further proves Rexxie can translate the energy of mainland Lagos into crossover hits.

Rexxie is a full-time creative trying to explore his feelings through what he loves most: music. My music comes from my upbringing, from the inspirations of the streets, the journey it’s taken to get where I’m at, and the dreams of the average African youth.

What inspired you to get into production?

I’d always been a pianist because I learned that at church, and in secondary school, I was a music prefect. The interest had always been there for me. I started making beats on my keyboard, just mixing sounds; I thought that was all there was to it.

When I came to Lagos from Abuja, I saw it was a whole different process. It was around the time Wizkid and Davido were blowing up and I just saw that the love for music here was crazy. I knew it couldn’t be singing, but I could play the keyboard and all.

Around that time, I had a beat on my laptop I constantly listened to, and I lied to my friends that I made it. They were impressed and asked me to give them more beats but I kept coming up with excuses. I didn’t want to be caught lying, so I kept practicing until I got better, and that’s how it all started. 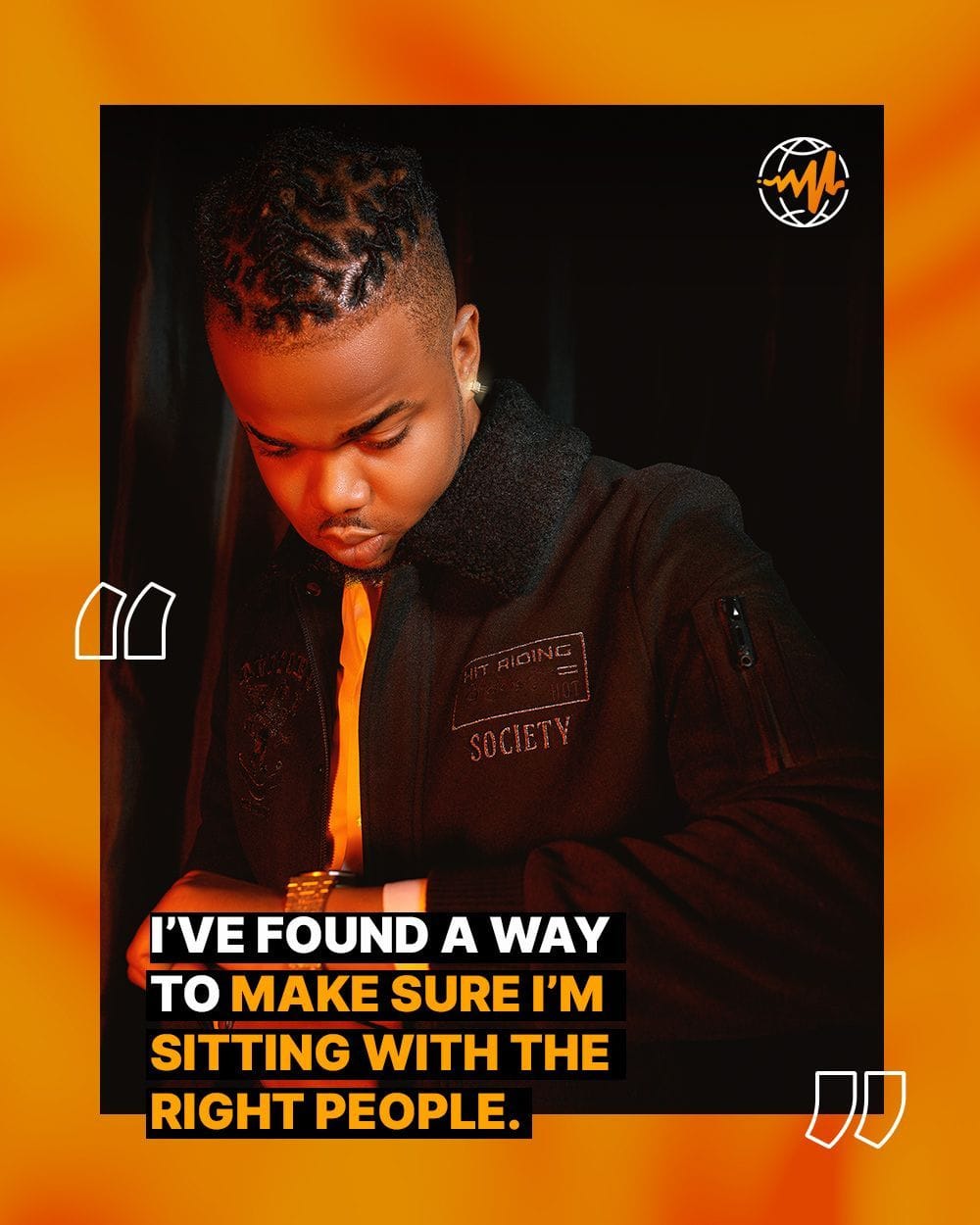 You’ve also mentioned having a long route to achieving your current success. What lessons did you learn along the way?

Because of how I approach music, I found myself at different places, different labels, working for all sorts of people, and not being treated right. All that has taught me to seek the right things, get the best deals possible, and it’s the essence of who I am now.

I’ve found a way to make sure I’m sitting with the right people. Just recording with someone like Burna Boy, you learn different things, you observe how people record, and that’s just how life is. As a producer, when I’m working with an artist and I feel they lack something, I’m able to pinpoint it and tell them what it is.

Speaking of Burna, you produced two songs on his latest album, Twice As Tall. What was the recording experience like?

I love working with talented people, and he’s very talented. I met him via Zlatan and it was just great because he believed in me and that’s something I like when I’m making music with someone.

The first time we worked, we made a song called “Gbeku” for Zlatan, and at the time, he told his P.A. that when next he was in Nigeria, he wanted to work with me. Once he was around, we met up and made five songs on the first day. From there we traveled to Ghana and made more songs. It was a pleasant experience. These songs were done in 2019. I didn’t know they’d make Twice As Tall until 2020.

You have a strong synergy with Zlatan and Naira Marley. What about working with them brings out the best Rexxie songs?

Because they come up with lambas (street slangs)! They are the ones that say the lambas that the streets want to hear, then you see Afro-pop singers trying to put those lambas into their own music. Those guys are the kings of the streets.

For me, a Naira Marley recording session is almost like a Zlatan recording session; the only difference is how they attack the songs. With Zlatan, he’s already getting hyper, singing his verses, and everybody is already dancing. Naira just stays on his own, writing his lyrics, but because I already understand how he vibes, I know what to do and the things to play him.

All I have to do after they record is make the song as musical as possible because for you to dance for three minutes with the brand of music they do, the record has to be musically certified. 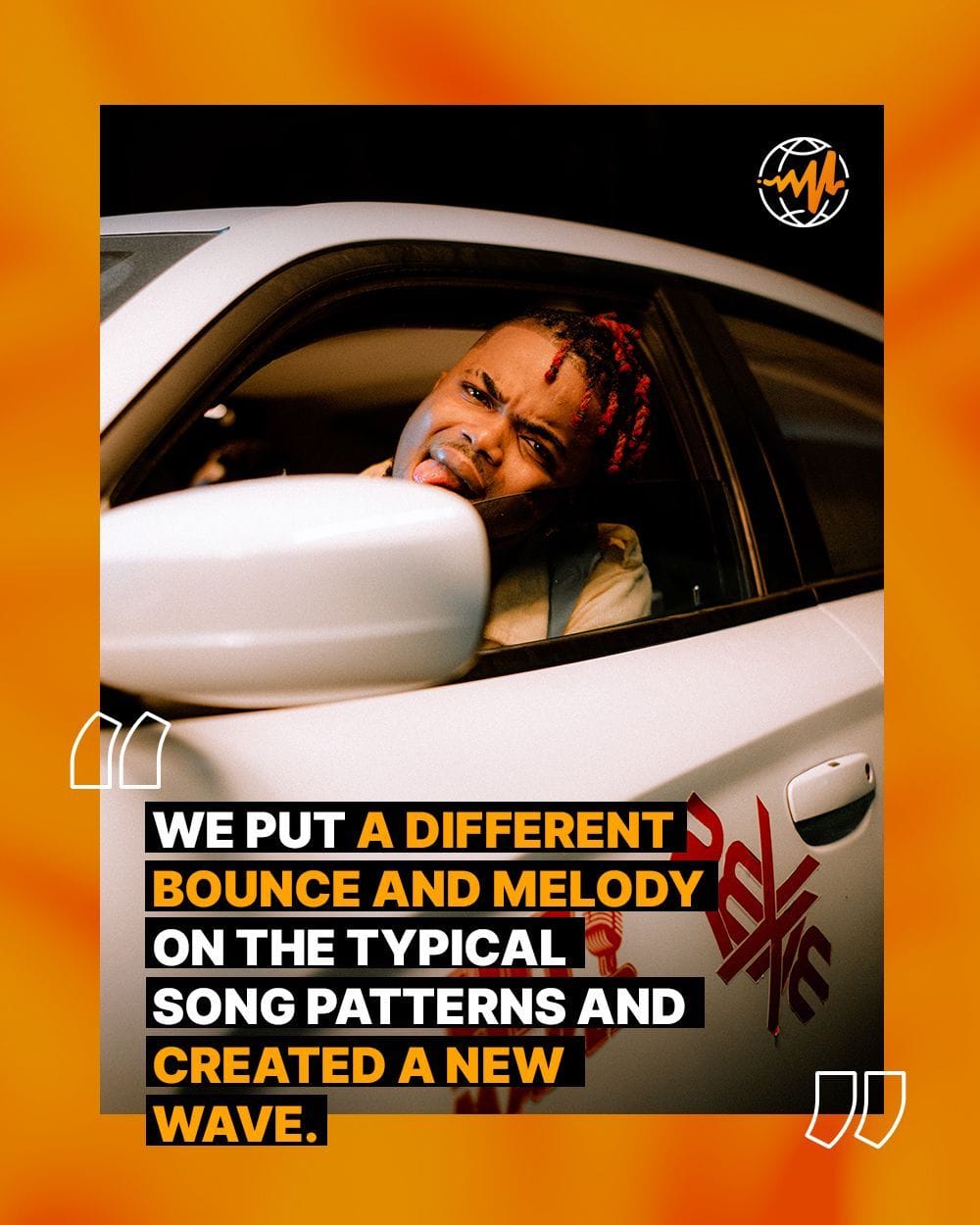 You are the main architect of the Zanku sound. Did you expect it to grow to global fame as it did?

I didn’t expect it. All I saw was a path for people to hear us. At the time Zanku came in, there was already Shaku Shaku, so it was hard to say. But when I hear something new, I always want to put my spin on it, so from Shaku Shaku, we put a different bounce and melody on the typical song patterns and created a new wave. It was just vibes, we had no idea it’ll go this far.

Do you think producers are as appreciated as they should be in Nigeria?

Previously, producers were not appreciated, but now, they are given that space to showcase themselves better. Naira Marley and Zlatan as well as Olamide played a part in this because they value producers. They also encouraged me to put songs out and let people hear what I was making. Now people are understanding that producers are also the sound. The only part I feel we are still working on is the business side of things.

When did you start making your own songs?

I started making them about four years ago. It was all part of my plan because I didn’t just want to be a producer. I wanted to lift my profile and socials too. Any time I have a song with an artist and they don’t drop it, I always work on it and ask them to let me drop it. Again, shout out to Zlatan because he gave me the song that made me believe my plan was going to work. It was “Foti Foyin.” I did the song with Teni, Naira Marley, and Zlatan. It helped me and boosted my profile. I also got money from digital distribution and started having my own followers on Audiomack.

Your biggest song is “KPK,” and it has this amazing fusion of Amapiano. How did you come up with it?

During the lockdown, I was listening to many Amapiano songs, but I still wanted to make that sound in my own way. I was trying different beats and mixes until I got MohBad in the studio. Around that time, if I met an artist, I’d play the beat for them. They were feeling it but they didn’t know what to say. MohBad was around to finish work on a song off his EP. After that, he wanted to try something new and I played the beat again. He said he didn’t know what to say but I told him to record anyway. He recorded the chorus and left. When I woke up in the morning, I was wowed even though the beat wasn’t done. So, I called him and told him it was bad. He was a bit skeptical but he trusted me. Since then, the reception has been mad.

What inspired the title of your project, AfroStreets?

AfroStreets is the actual genre of all the street music out of here. Zanku is a couple of guys having fun with experimentations, but AfroStreets is the origin of it all. It is sounds that originated from the streets of Africa because when talking about someone like Naira Marley, you don’t want to say he’s a Zanku musician. He’s an AfroStreets artist because his vibration is different from the typical Zanku wave. That’s why I tried to create an EP that explains those distinctions in different ways by having Naira Marley, Zlatan, and Barry Jhay on the project. If you listen carefully, you’ll realize they bring different points of view and energies to the songs.

I have an album coming. “KPK” is the first single off the project. It’s called A True Champion. We plan to drop in April. It’s a more personal project because I have defined my sound with AfroStreets. Now, I’m trying to make music across a number of genres and bring different vibes for people.