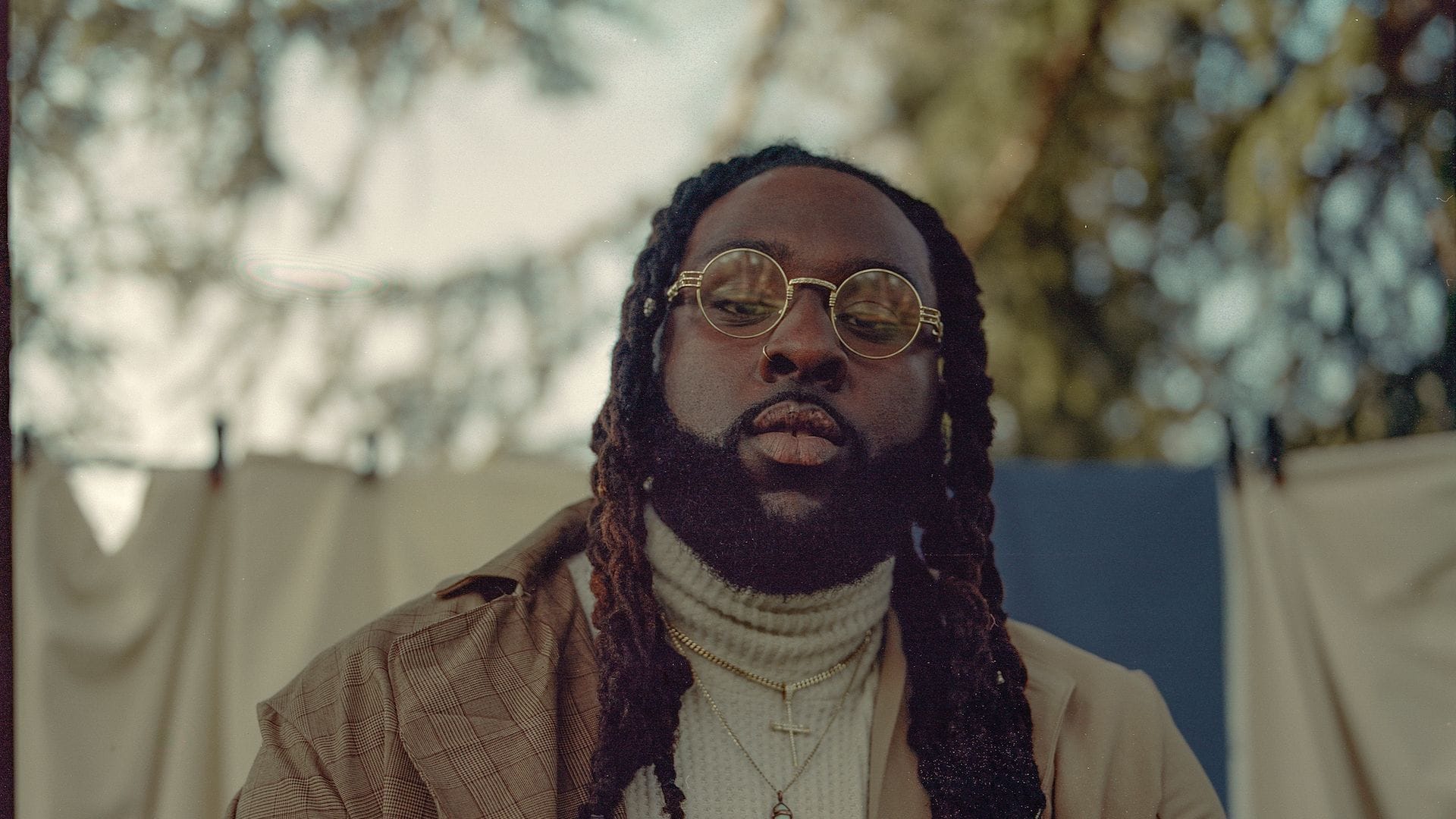 The Bay Area’s Rexx Life Raj can do it all. Rap, sing, and in a previous life, be a sought-after athlete. His pursuits of creative freedom have resulted in a slew of celebrated projects, from 2018’s California Poppy to the recently released California Poppy 2 sequel.

Inspired by the goings-on of the world, Rexx Life Raj’s passion did not dim this year. Always experimenting with melodies and production, Raj admits he did feel the pressure in releasing the California Poppy follow-up. With a great nuance to his writing, the sequel has a darkness, reflecting the year we’ve had.

The Berkeley, California native bounces and darts between synths across California Poppy 2’s eight songs. There is humor, as on “Apple Stock,” and there is a wounded aura, as on “Canvas.” Rexx Life Raj preaches creative independence and the importance of getting paid out on your terms. With features from Juvenile and Kojey Radical, it’s hard not to smile when Raj sings, “Universe gimme all I want, ‘cause my intentions’ pure.” 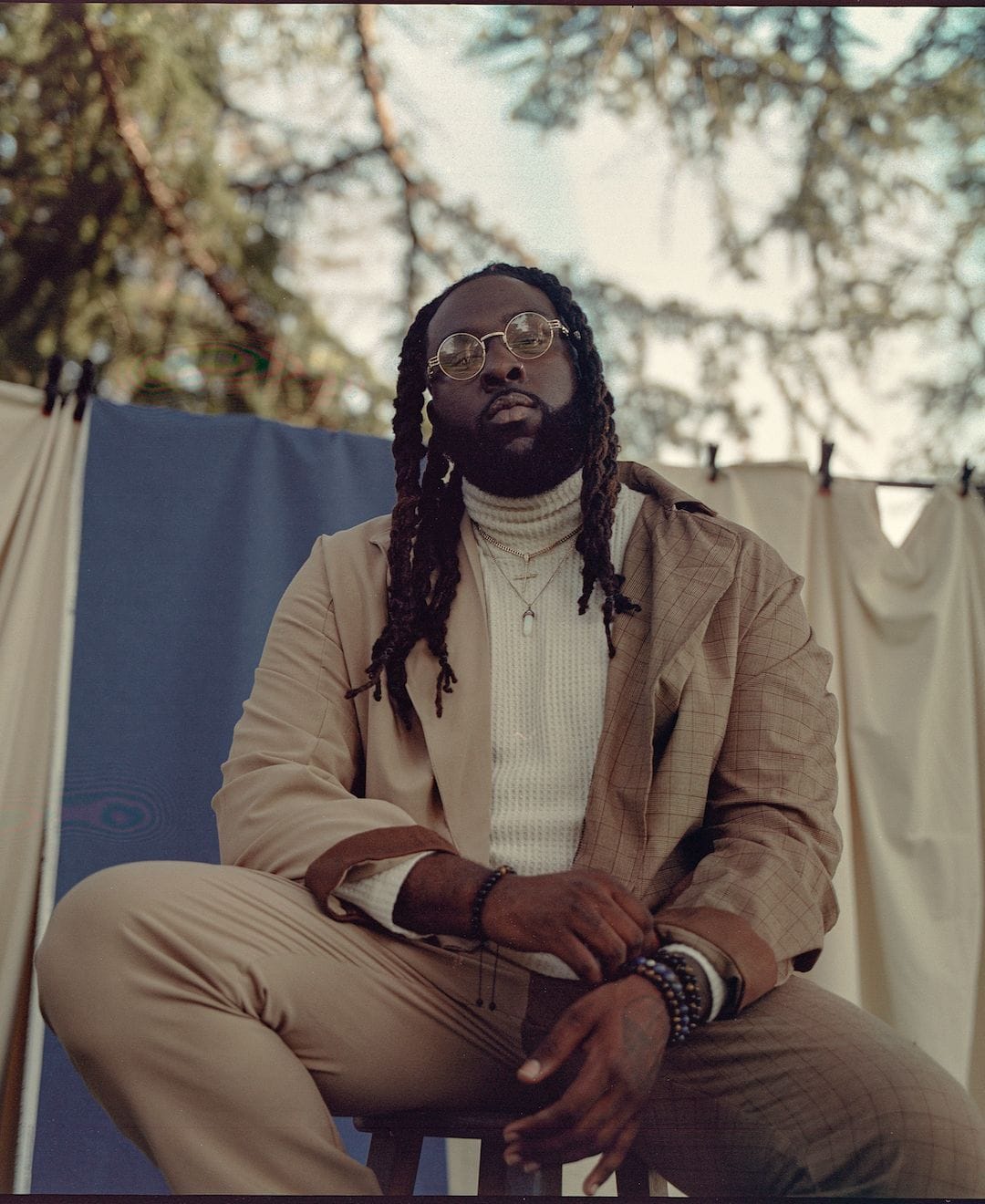 During your last press run, you emphasized the importance of creative freedom. How did 2020 impact your creativity?

It’s been interesting because the only real aspect that was messed with was the collaborative process. I like being in the studio and whipping up tracks with live instrumentalists. When I’m writing and recording myself, I’m isolated. Even pre-quarantine. For me, it wasn’t that different, but I was doing a lot more music alone. Singing some stuff into my phone. But I’m used to having my creative process be by myself.

What’s the biggest change you saw in yourself this year? This is an unprecedented level of isolation.

Definitely, I was one of those people who abides by the guidelines, ‘cause my parents aren’t doing too well. I was not going outside. I spent a lifetime in my head, which was a blessing because I have music. I turned music into my journal, so more music came out, for sure, of spending more time alone than I’m used to.

How did you find inspiration for your latest project, California Poppy 2?

When I hear some artists [say] they’re not inspired because of what’s going on… I feel like there’s still so much going on in the world to be inspired by or to ponder on. I’m always inspired to write; it’s what I’m passionate about. I’ve always got something to say or something on my heart.

With California Poppy 2, it was an extension of California Poppy, so it was a blueprint that was already laid out for me. Even during these times, I’m experimenting more with melodies and the type of beats I’m getting on. Sound design, too. If you have the right perspective, you’ll come up with something.

What was the biggest stressor in dropping a sequel to the 2018 California Poppy EP?

Because California Poppy was so well-received and there was such a cohesive sound… At this point, I feel pressure any time I drop. Even with the Father Figure series, it’s something people love so much. So, you always feel pressure.

You’re known for these elegant grooves and positive energy. How did you stay positive enough this year to make something as soothing as California Poppy 2?

If you listen to the sonics of California Poppy, beat-wise, a lot of the style comes from [Kyle Betty]. His sound is so West Coast and smooth. Vibey. Naturally, that’s the place you’re put in. But even with the lyrics [of Poppy 2], it was nuanced. Even with “Tesla In A Pandemic,” it’s the good and the bad. This project is a lot darker, even though it feels good. The original was bright, barbecue, outside. This is more vibing in your head alone type music.

How do you keep from getting discouraged?

I don’t stop from being discouraged. Everybody, whatever you’re doing, is gon’ get discouraged. It just comes with the territory. How I look at it, when it comes to art, is I don’t force it. If I’m forcing it, I take that as a sign this is not the song. I only push it so far, until I start working on something else. It’s art! We’re supposed to be having fun! I’m supposed to be having a good time.

How did you train yourself to let go? I cannot walk away from an article.

It comes from having written so many songs. I know what it feels like when I’m in the flow. When songs come like that, those are the songs that perform the best. The songs I gotta put a lot of time into [making] don’t do as well. People can tell I’m forcing it.It’s different for you because you have a certain article you have to write. For me, I’m making different songs. So, why get stuck when I can just make another one? It’s a freedom.

You’ve said success is happiness. Are you happy?

Right now, I don’t know if I’m necessarily happy, but I am grateful. I’ve had a lot going on this year. Craziness with my mom’s health and my dad is going through a lot of stuff. On top of that, the pandemic. I don’t feel like I’m the happiest right now, but I’m still grateful. As long as I can find ways to be grateful about something… This’ll only be a phase. If I’m going through something, it’s temporary. I just gotta make it through this phase.