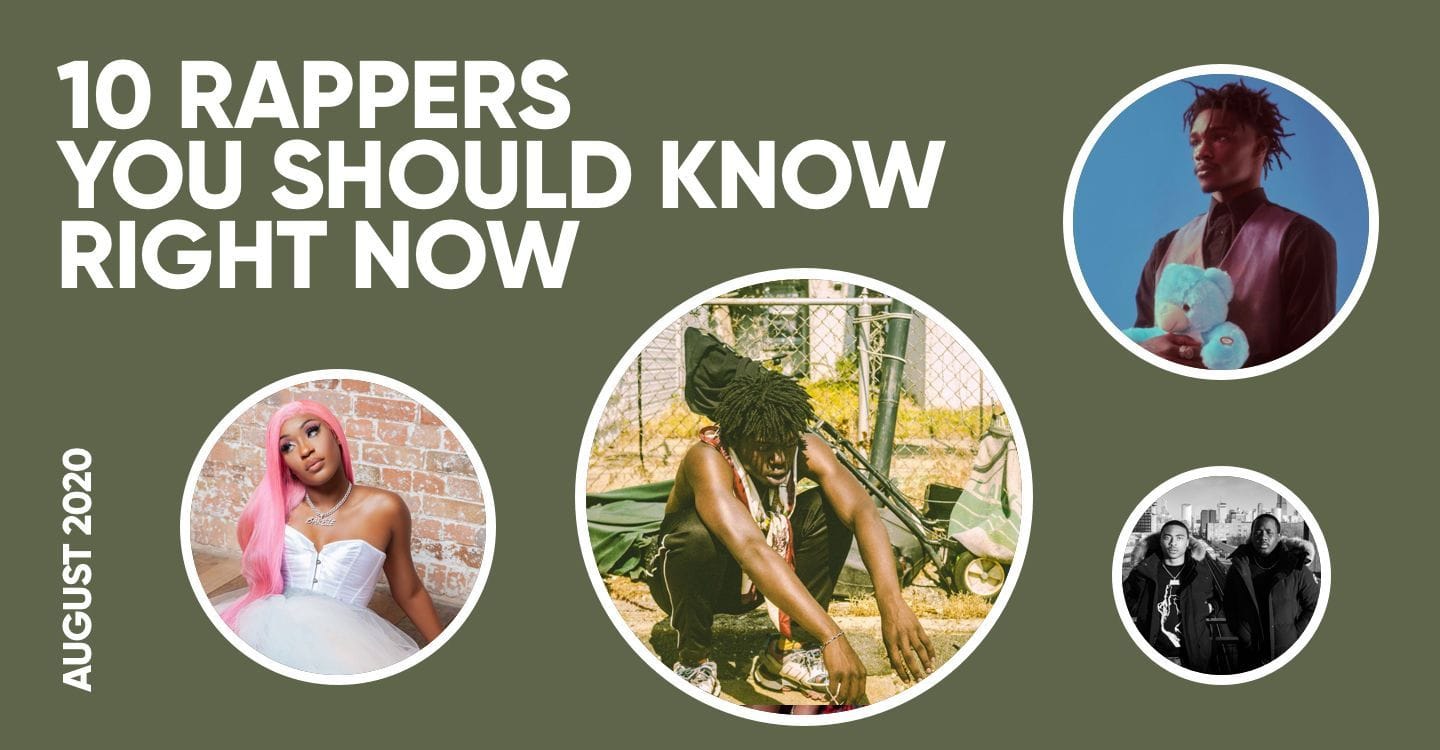 SBG Kemo and Ke Millie were already making noise in their hometown of Chicago well before they joined forces as Heavy Steppers. Still, when they released their viral eponymous hit last summer, it signaled a huge leap for both rappers. Kemo and Millie specialize in the sort of rowdy rap hits that would get a crowd moving (if that was a thing right now) and their recent song, “Me and Millie” is no different—over a percussion-focused beat, their chemistry is unmatched.

CEO Trayle is upfront about Gucci Mane being his biggest influence. The Atlanta rapper has songs like “2006 Radric Davis” among his catalog, and shares Gucci’s penchant for understated wordplay and a menacing tone. On his recent single, “OK Cool,” Trayle takes a conversational approach, making it clear that—no matter what anyone else in his life is on—he’s still up.

On his third project of the year, and first on Griselda Records, Detroit’s Boldy James joins forces with Jay Versace, the former Vine star turned sample-based producer who surprisingly popped up in the credits on Westside Gunn’s Pray for Paris earlier this year. “Brick Van Exel,” a standout from this recent project, finds James reflecting on his family’s history in his city’s drug trade for a moment before shattering the mythology a little bit: “Every time I met up with the plug felt like a setup.”

In a city known for its rap wordplay, Cash Kidd has always stood out. “I’ll fast-talk your bitch like I’m Boomhauer,” and “I been on the road touring like LeToya Luckett,” are just a few examples of the wild lines that can be heard on his latest track, “Love Song.” At the beginning, Cash Kidd bills the song as true to its name before promptly getting disrespectful.

After breaking out with her single, “Rumours,” this past spring, UK rapper Ivorian Doll has delivered an equally hard-hitting new track with “Body Bag.” UK drill’s repetitive production usually allows the rapper’s voice and personality to shine through, and Ivorian Doll does just that, commanding the beat with sinister threats and disarming flexes.

Dallas’ Kaash Paige isn’t just a rapper per se—her new project, Teenage Fever, often drifts between modern R&B and the off-kilter sounds of the latest internet rap. On “The London,” she takes a distinctly melodic rap approach, briefly interpolating Cassidy’s “My Drink N’ My 2 Step” before delving into the details of an escapist night out.

Teenage Brooklyn rapper Pasto Flocco has become a fixture of internet rap’s latest generation over the past year or so. It’s easy to imagine his stuttered flow and the bright beats he chooses soundtracking other teens’ gaming sessions. “Remember Me,” a song from his recent Dreams 2 Reality project, is a perfect example of what he does well; it’s a short-but-sweet song that’s stuck in your head before you even know it’s over.

Tom The Mail Man is incredibly versatile and it seems like no two songs from the Georgia artist really sound the same. His recent single, “Entertainment,” is a vibe-heavy groove that finds him leaning into his songwriting bag, detailing a relationship gone sour and the lingering feelings still there.

Quez4Real isn’t the first or the only Atlanta rapper who seems to speak over beats in a light falsetto, but this style often allows him to effortlessly switch between aggressive rapping and understated melody. On “Ya Digg,” he floats over the bouncy Hoodrich Keem and 48 production, his voice adjusting in real time to the build-ups of the instrumental.

In his songs and videos, Brokeasf is a larger-than-life personality. “How,” his new single featuring Detroit rising star 42 Dugg, is no different—he attacks the guitar-based beat immediately, sending threats and calling out fakes from the opening bars of the song.