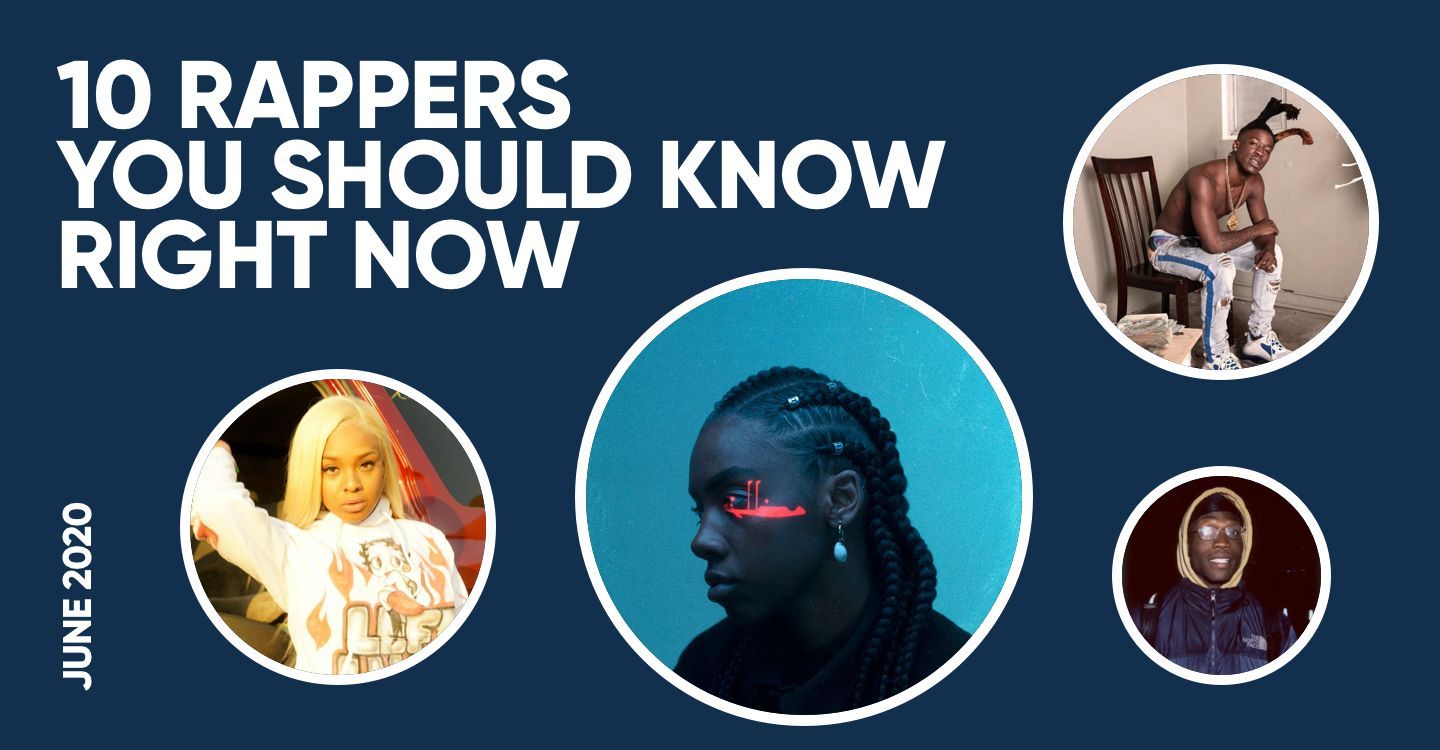 Over the last year, Hook has become one of internet rap’s reigning queens. While January’s Crashed My Car found the Riverside rapper at her most aggressive, her latest project, I Love You 2, Hook, explores the weirder sounds of rap’s online world. “Gnat” combines the two in some ways as Hook lashes out at people not worth her time over a graceful production.

Memphis’ rap history is storied and, today, the city is constantly producing one hard rapper after another. Pooh Shiesty is one of the fastest-rising stars in the flourishing scene. “Shiesty Summer,” a typically dark and menacing modern Memphis anthem, was his regional breakthrough when it dropped last August and has since led to a deal with Gucci Mane’s 1017 Records.

Brooklyn rapper Medhane has been on a legendary run, dropping three projects in the last six months. He specializes in the abstract but personal, rapping over hazy instrumental about pain and triumph without over-explaining either. “Truth & Soul,” from his recent Cold Water project, is a hypnotizing meditation on ups, downs, and pushing forward.

Dua Saleh is a poet, singer-songwriter, and activist from Minneapolis. Earlier this month, as their hometown became the epicenter of a national uprising following the murder of George Floyd, Dua Saleh released “body cast,” a forceful and urgent call to action. “We must take action to ensure the safety of our community,” they wrote in a statement with the song. “We demand justice for the family of George Floyd and countless others who have had their lives stolen by the police.”

Before he went to jail last year, HOTBOII was building momentum in his home state of Florida off the strength of energetic songs and videos. He wrote many of the songs on his new tape, Kut Da Fan On, while he was locked up and the tracks reflect a world-weary, yet urgent, state of mind. “Yg’s,” the intro to the project, begins with a clip from a local news report, followed by a stream of reality rap from this Orlando rising star.

Big Yavo has the sort of booming voice that makes every beat feel huge. The Alabama rapper, who previously rapped as 41st Yavo and released his debut project On God in May, has been gaining regional momentum since the release of “No Pen,” a slow-rolling track where Yavo emphatically fills in each space in the beat with punctuating punchlines and chants.

BABYXSOSA’s voice is immediately catchy. Her high-pitched sing-song first started gaining traction last year with “EVERYWHEREIGO” and her new project, May’s BABYXOBAMA, builds on that candy-coated sound. “KOBE” is an immediate standout; over a bubbly instrumental, BABYXSOSA’s airy refrain and harmonies stay with you long after the song ends.

Foogiano’s “Molly,” and its forceful first line about the rapper’s struggles with his baby’s mother, has become a regional hit over the last few months. Another recent signee to Gucci Mane’s new 1017 roster, the Georgia native brings a cutting honesty and raw personality to every song and “Molly” is a perfect example—somehow he flips his personal domestic struggles into a rowdy club anthem.

In a crowded field of Florida rappers, Tampa’s Roboy seems more dynamic than most. His songs, like the ones features on his recent Diamond In The Rough, run through an emotional spectrum, eliciting both introspection and joy at various points over the course of its 10 songs. “Roblock Groove” falls in the latter category—though not without its personal touches—allowing Roboy to showcase each of his vocal skills to impressive effect.

While much of the “pain rap” subgenre has been concentrated in the South, San Francisco rapper Lil Bean seems to explore what a Bay Area counterpart to that movement might sound like. His recent project, Campaign 2, features its fair share of confessional songs but, true to region, it also makes sure to provide slaps for the car stereo. “Swervin',” which features fellow SF rapper ZayBang, is perfect for the late-night joyride.