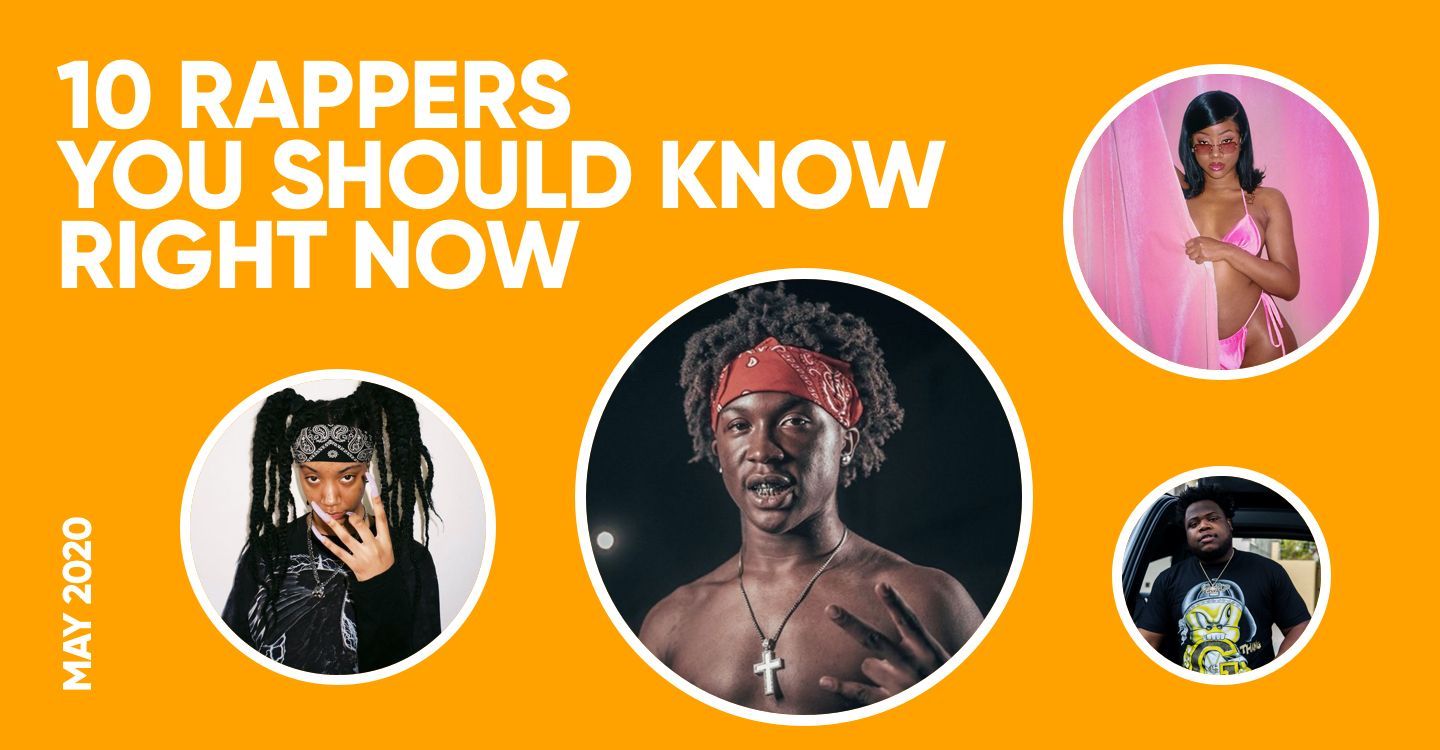 Music moves quickly these days. With so many new artists popping up, it can be difficult for any rap fan to keep pace. Our new monthly column 10 Rappers You Should Know Right Now cuts through the noise to tell you the rising hip-hop artists on Audiomack you should be paying attention to. Listen to standout selections from all 10 artists as a playlist below.

In his videos, St. Louis rapper 30 Deep Grimeyy is usually clutching a Draco and flashing his mouth full of gold teeth. Beneath the menacing surface, there are equally menacing raps but there’s also a distinct versatility. On some songs, like “STL Blues,” he launches into an aggressive, Memphis-like flow. On others, like his breakout “Dead Goofies,” he settles into a more relaxed cadence to send threats. On the song, a rework of Boosie and Webbie’s 2004 street anthem “U Ain’t Bout What U Be Talkin Bout,” he gets specific and names names in a nonchalant way that makes it hard to look away.

GBF Dada has a voice that sounds like it's weathered a thousand storms. It feels like the Birmingham artist belts out his soulful delivery from somewhere deep in his chest. While songs like “Nobody’s Real” and “Loyalty” could slot into the more straightforward melodic rap category, his voice especially stands out on his breakout, “War Ready.” Over almost grunge-like guitar strumming, he seems to hold onto words for extended beats—when he sings “It’s gon’ be a bullet shower,” stretching the last word into multiple notes, it makes the hairs on the back of your neck stand up.

In the wake of DaBaby’s rise, a new spotlight has been placed on the Carolinas and it seems like there’s a new rising name from the region every week. KountUpWitDaK, a Sumter County, South Carolina native has been among the most consistent. This past week, he dropped the follow-up to last year’s 54 Baby and the new tape is a good showcase of the sort of melodic, introspective songs that have made him a regional name. “Picasso,” a collaboration with Bogalusa, Louisiana’s JayDaYoungan, is one of the more aggressive songs from the project, but KountUp sounds at home over the Baton Rouge type beat.

Ola Runt has been making noise in Atlanta for the better part of the last year but, as a recent signee to Gucci Mane’s revamped 1017 roster, he seems primed to carry on in a storied Zone 6 tradition. He tends to lean into high-pitched vocal territory that’s reminiscent of I Came From Nothing-era Young Thug, often switching flows multiple times in the same verse. On “Osbourne Flow,” a song from his recent Mama Tried tape, he pauses at multiple points to let his ad-libs take over in the hook and sneaks into every open space in the beat in his verses.

Over the last few years, the state of Florida has probably produced more rap music than many small countries. The state has become known for both hard-edged street rap (Kodak Black) and melodic crooning (YNW Melly, Rod Wave) but, in a crowded region full of rising talent, Kiwiana Bae’s precision sticks out. The Orlando rapper has a swagger to her delivery on songs like “Let Me Know” and “Talk Back”—the latter finds her slowly building to a confident crescendo while the beat fills in around her.

When she released “Tweakin’ Together” last year, BKTheRula established herself as a promising new voice in Atlanta’s underground. The song, rapped over a Duwap Kaine type beat, is ethereal and high-inducing. BK’s voice floats above the instrumental, as she provides an anthem for getting loaded with a significant other.

The snippet for DonMonique’s “Givin Body” went viral on Twitter before the song even came out. The Bronx rapper’s standout track is a perfect confidence booster for any listener; it’s the type of song that will immediately make you flash back to a memorable night out. The understated Beyoncé interpolation and DonMonique’s vaguely nostalgic voice make this one easy to come back to.

Taleban Dooda’s high-pitched vocals are just enough to make him stand out in the melodic street rap crowd. They lend themselves well to catchy hooks, like last October’s “Friends & Lovers,” but “Tru Colors” is his best fully-formed song. Taleban Dooda flexes his songwriting chops here, painting vivid scenes of treachery and triumph in his hometown.

Flee and StupidXool’s Xool Summer project had its fair share of peaks but “SWISH/USE 2,” featuring a guest appearance from Brent Faiyaz, was an instant favorite. The Queens rapper’s silky delivery and the Florida producer’s signature bounce fit together perfectly, giving Flee a chance to take his melodies in new and interesting directions.

While Detroit’s rap scene has been quietly dominating regional rap for multiple years, Flint, Michigan has recently had a wave of its own, largely off the strength of Rio Da Yung OG. In terms of sound, Flint takes a lot of cues from the rapid percussion and minor keys of Detroit, but Rio’s storytelling ability makes him a must-listen. On “Take A Day,” he creates wild scene after wild scene, at one point rapping, “I threw some water on his shirt, he had a fuckin’ wire/ Bought a zip of soft for $800 and let my uncle try it.”