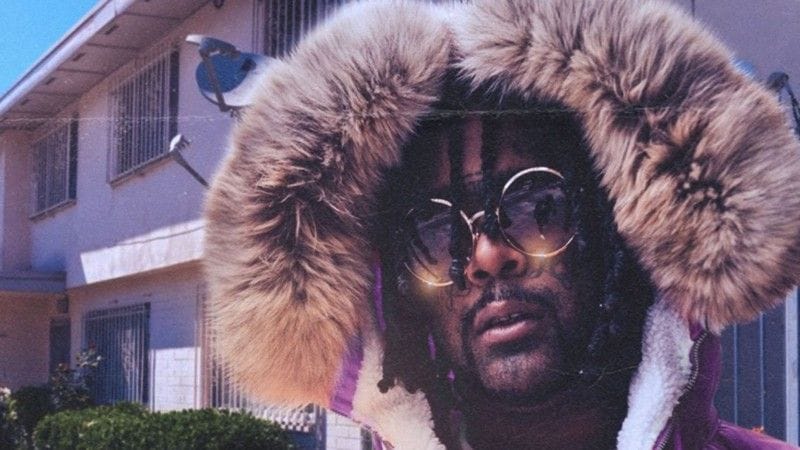 Even while locked behind bars in Amarillo, Texas’ Potter County Detention Center, 03 Greedo remains inextricably linked to what has become a sprawling renaissance of Los Angeles rap. He remains a pioneer in a wave of regional talent on the cusp of breakout success. Tragically, the fruits of his labors might as well be the cluster of grapes tattooed on his left cheek as Greedo continues to serve out a 20-year sentence on gun and drug charges stemming from a 2016 arrest, unable to enjoy the triumphs he worked so hard to achieve. Still Summer In The Projects, his first full-length release since heading to prison, is a thrilling reminder of his singular talents.

Pairing an imitable style with a prolific work ethic, Grape Street’s living legend propelled himself from singular Watts talent to the apex of hometown recognition to online firebrand in the two years preceding his prison sentence, signing a deal with Alamo Records, finding critical acclaim with a pair of expansive projects released in the first half of 2018—The Wolf of Grape Street and God Level—and reportedly recording over 600 songs to keep his career in motion while behind bars and before his inevitable return.

Still Summer In The Projects arrives two months shy of the one-year anniversary of God Level, Greedo’s previous album, released one day prior to the beginning of his incarceration. The wait of what was a possible 300-year sentence weighs on Greedo’s mentality throughout his new effort, reflected in “Bet I Walk”’s boastful frustration of “Bet I walk into the pen with all these diamonds on me/Just for every fuckboy that thought that he was shinin’ on me.” “Visions” examines the artist’s mental state behind bars. Overtop stirring guitar strums, he croons matter-of-factly, “Lately I’ve been having these visions/Locked inside a cell with no windows/Hope I make it out of this prison/I’ll be coming back with a vengeance.” It’s absolutely heartbreaking, yet charged with a current of hope.

The album is executive produced by Mustard, a veteran hit-maker and South Central native responsible for shaping the sound of the city during the heyday of ratchet, LA rap’s last homegrown movement to receive national attention. The intergenerational pairing was a comfortable one despite the producer’s more “traditional sound,” Greedo told Billboard. “He met me halfway on some beats that kept that sound but also fit me and what I bring to the table.”

Compared to prior releases—God Level was 27 tracks, The Wolf of Grape Street was 21, and the Purple Summer tapes often stretched at least 30 apiece—Still Summer In The Projects clocks in at a brisk 11 songs. Features come from familiar faces: Rob Vicious and OhGeesy of Shoreline Mafia guest on the laid-back standout single “Trap House,” YG whispers sweet nothings (but doesn’t eat the butt) on strip club anthem “Wasted,” and fellow Watts MC Trilliano offsets Greedo’s nasally whine with an elastic verse on “Grapevine.”

A tight track listing works in Greedo’s favor, who is able to showcase his range without leaning into repetitiveness, and makes sure the spotlight remains on his strongest efforts. Mustard’s oversight makes this Greedo’s most polished project to date, but the production’s warm nature accentuates the raw authenticity of Greedo’s output despite the sheen.

While much can be said about Greedo’s preternatural instincts for melody, that each song was effectively one take after a mumbled melody is a testament to Greedo’s talent as a lyricist. His verses are honest and always engaging. His hooks nag at the brain and beg to be belted out. At its peak, everything blurs together.

Still Summer In The Projects is primed for breezy California summertime. It’s a fascinating project from one of rap’s most fascinating orators. It’s also a reminder of the brutal, unforgiving nature of systems designed to oppress without hopes of breaking the cycle.

Stream 03 Greedo’s Still Summer In The Projects now, on Audiomack.