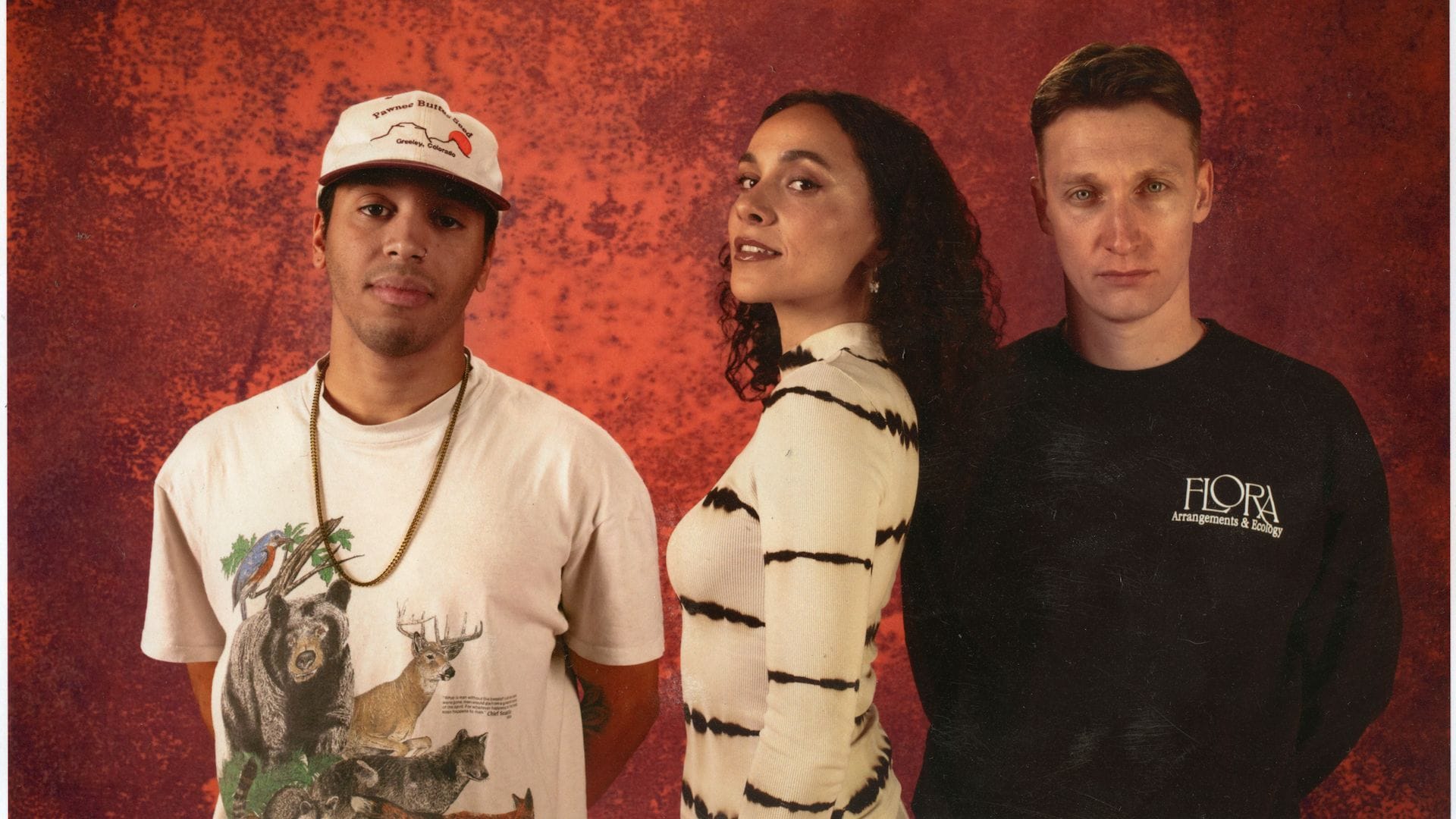 Radiant Children burst onto the scene in 2018 with their EP, Tryin, which featured debut single "Life’s A Bitch." The Transatlantic trio of Tyler Acord, Marco Bernardis, and Fabienne Holloway were featured on Issa Rae’s Insecure, and have accumulated press clippings from NPR, Clash, and more. Their album There’s Only Being Yourself is out today. Below, in her own words, Fabienne breaks down the process of making their debut.

I have no idea when exactly we began writing this album. It feels like we never fully started. Our friend Matt says, “Time is a manmade construct.” Now, if anyone asks me anything time-related, I just say that to try and sound wiser than I am.

I never understood the value of time or the idea something is more valuable if it’s done within a certain frame. One thing I’ve noticed is a lot of people will try and lead you to believe the value is in how instant something is. This idea that something or someone is better if it delivers faster. I disagree with my whole heart. Because when you have the vision and the guts to create something that is true to you, it’s not about the time you spent. It’s about the time you captured.

That’s what this album is to me: a time capsule. It captures a sad, confusing, liberating, and wholesome time. To be specific, my mid-20s—which everyone knows are a raging shit show of self-doubt—and if you’re up for it, a time of zooming out, looking at yourself from a birds-eye view, and clawing back to who you were before the world told you you were trash.

Before Radiant Children came together, I was in the studio full-time trying to be a songwriter for other artists, and I didn’t realize how burnt out I’d become in the process. I wasn’t doing much sleeping, eating, or anything other than frantically cramming studio sessions into every hour, comparing, pretending.

Essentially, trying to “make it!” Where “it” was, I couldn’t tell you, but hey, that’s where I was going! I was happy to break myself and leave the important or “difficult” parts of myself behind in the process. I thought prioritizing things like sleep, boundaries, and time to myself would make me seem weak or not focused. I constantly told myself that only a weak person needed care, love, and nurturing. But the professionals, who I was desperately trying to be, could just magically keep up with life without any of that unnecessary stuff, forever unbothered and iconic. Right? 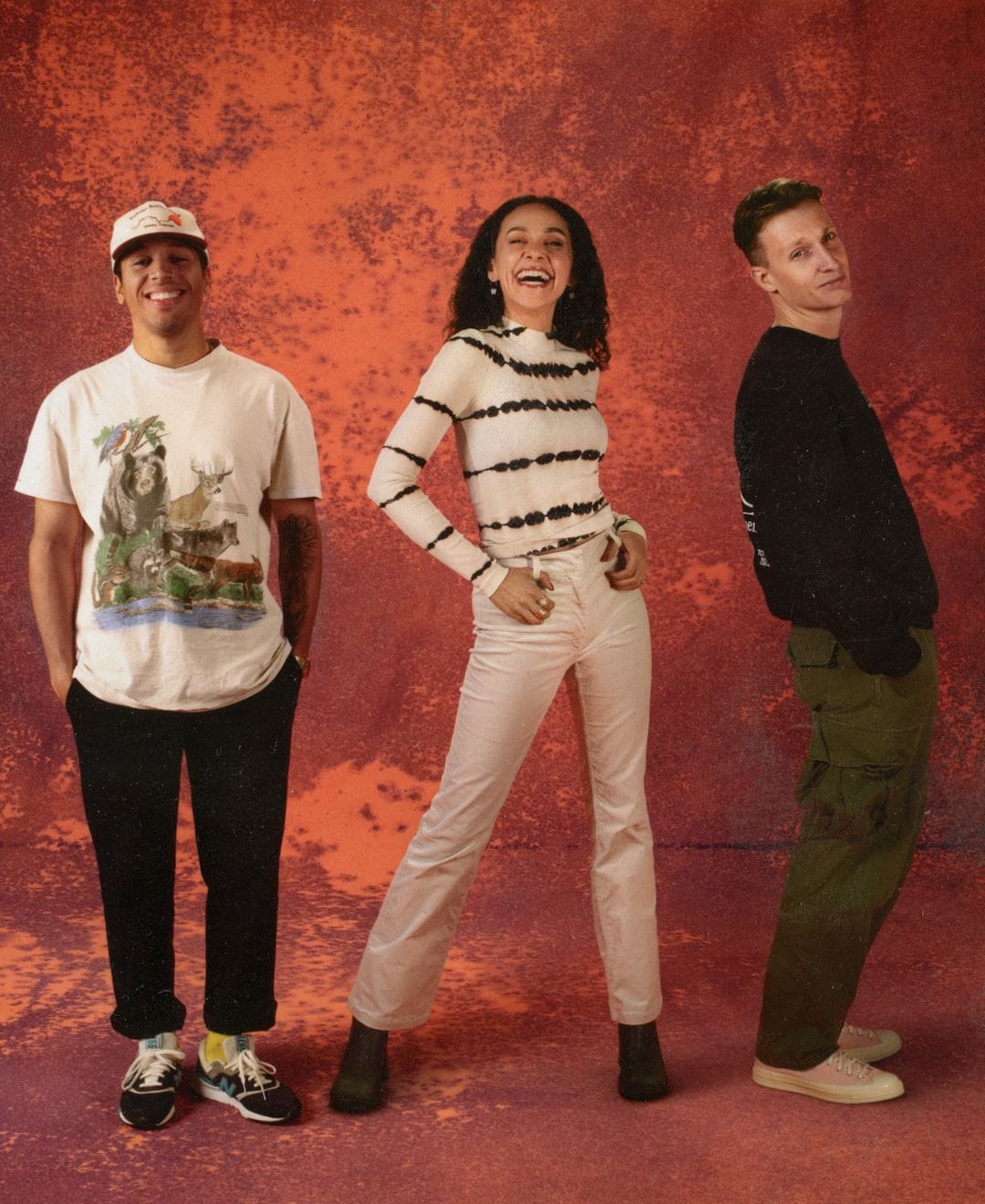 So at the point where on the surface everything was looking up, everything internally came crashing down. My physical body was in trouble, my emotional body was in breakdown, and I was spiraling into a fiery pit of fuck-the-world. The core of my little world had cracked open; the curtain had fallen, the wizard was really just a creepy guy on a Casio keyboard. The ruse was up! I was tired and uninspired, and I went from doing too much to suddenly not doing much of anything. The system was overloaded.

I didn’t see myself feeling so fragile at this point in my life, and I felt so angry with myself. I was honestly so ashamed by my own vulnerability that seemed to be holding me hostage. I’d never wanted to be this person who was so sensitive that she could cry in fear at the thought of seeing another human and was constantly fighting her own mind so intensely that she was never actually present. I wanted to reinvent her.

But, she was screaming at me to stop burying her, to have her voice heard. When I was sitting on my bed or couch, not doing much else, I started to let her talk to me, and those journal entries or voice notes are what became the songs from our Tryin EP and a handful from the new album. Even after us putting that music out and feeling so much love, no matter how hard I tried to fight it, I still wanted to hide. I couldn’t let myself be seen. Every opportunity I got, I would just run further and further away from everyone and everything. It was so hard for me to be around people, and I couldn’t understand why I craved isolation so much.

At the beginning stages of writing There’s Only Being Yourself, our lovely friend and the guitarist of our live show passed away suddenly. A crazy talent and wonderful human being, Toby Seed. We were two weeks away from our first tour of the US, and he was due to be there with us.

Suddenly everything that felt big before felt so small. The things we thought mattered didn’t matter anymore, and we knew that this band had an even deeper meaning for all of us. It was all about the music, more importantly, how the music made us feel; what it allowed us to work through. Feeling so completely honest, vulnerable, raw, present, the only answer was to bring everything we were feeling with us and lean into it, a lesson magnified by Toby’s existence. For the short time we were around him, we learned so much from him and will be grateful forever.

Initially, we had imagined and expected the process of the album to be all three of us being together in our own studio in London for weeks on end, every step of the way, sharing the space, writing with each other in the room as we had done before. But it just wasn’t happening that way. Everything we had wished for, a space to work 24/7, a platform to express whatever we wanted, and something in the energy, just felt frozen or stunted.

This kept happening until we realized the album was only going to come secondary to our own well-being. For the first time in our lives, we actually embraced the fact that we were going to put ourselves and our hearts first, before the music. We needed to see for ourselves that it is possible to do something you love without breaking yourself or leaving yourself behind. You can be a human being before you are a product or a cog in a machine. The understanding that Radiant Children can be a safe space to simply be and be accepted as you are, and not just for what you can give, felt like the most important message we could give to each other in those moments.

Life around the creative process became very simple; we let the studio go. We spent lots of time alone, figuring out our individual routines. We focused on sleeping. Eating. Breathing, first. We put most of our energy into looking after ourselves, into watering our other personal hobbies, into learning who we were again, and the creativity started to present itself naturally.

We still had the support of the group, but we were working together as individuals—in our own spaces in London, LA, in the city, in the country, wherever we were at, at any time. It was like a new way of supporting each other, a new way of collaborating. Instead of constant ideas and dialogue, we just stopped, listened, and allowed. Moving way slower and with a lot more intention. Open to all but prepared to walk away from anything.

Priorities were shifted. It was uncomfortable, and at the same time weirdly natural, to just let each other, let ourselves, and let everything, be. We played Camp Flog Gnaw at the end of 2019 and stayed out in LA for a month finishing the album in different Airbnbs. We ended up mainly spending our time outdoors, cooking together, everything at low pressure. If ever we wanted to take an hour or a day for ourselves, we did without question. That approach is probably what makes me so proud of us, how we learned ways to loosen our grip and let things flow through us, letting ourselves have fun, free from judgment and expectation.

This album is a time capsule of a human experience. “Sky Mind” is about learning how to meditate and calm toxic thoughts. “Jane” is all about hiding from the world. “I Need Love” is about the love your inner child needs. “Pretend” is finding lightness in the honest and awkward moments. It’s about growing in a perfectly un-perfect way. Back to front, with ups and downs, and in your own time.

I remembered so much about myself through writing it, things I’d allowed myself to forget to survive. I learned that my sensitivity is my strength, and this has helped me lean into it, accept it, love it even. If it creates a space for others to remember who they are, well, that’s the most beautiful thing in the world.