Chicago’s Queen Key breaks down her role in the city’s rap scene and her upcoming music in a new interview with Audiomack. 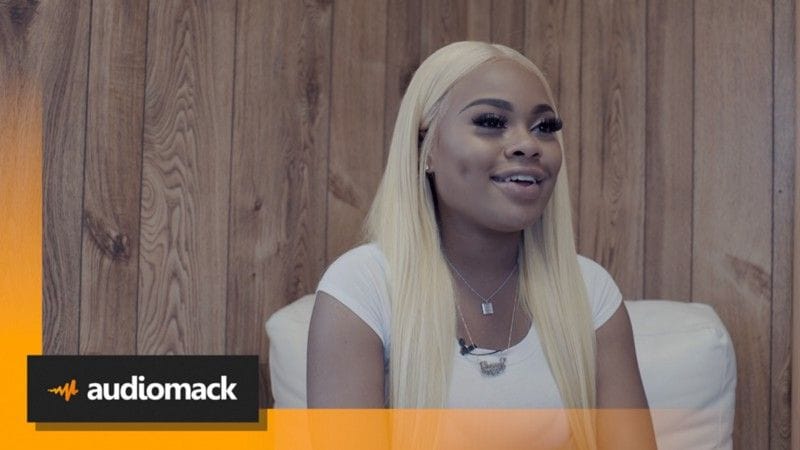 Queen Key is one of the most personable rappers coming out of Chicago. Her music is far from self-serious, is naturally anthemic, and projects her jubilant personality. Key first broke nearly three years ago with “Baked As A Pie,” the video for which is closing in on one-and-a-half million views. In the years to follow, Key has deservedly won the attention of every major outlet and even King Louie himself is impressed. Queen Key linked up with Audiomack at the 2018 Lyrical Lemonade Summer Smash Festival to talk all things Chicago rap and new music.

“It’s like history,” she says of the festival, also taking pride in being the only woman on the bill. “I feel like I fit in with everybody or nobody,” she adds. “I’m able to be around and actually relate to all different types of people… I feel like I have that advantage to fit in everywhere.”

Queen Key, also well known for her unmistakable laugh, goes on to reveal when her bubbly personality has gotten her in trouble. “I guess I laugh at inappropriate times,” she says. “I might laugh at a funeral, you know what I’m saying? If something funny go down, then I’m laughin’. I don’t know how or why, but it’s [laughs].” Point taken.

As for her musical future, Queen Key describes herself as the “best new, or the new best” thing coming out of the city. “I just feel like my mark in music is gonna be like a mark of one of the greats. You know, like the legends that we all know.” Queen Key has founded her career on unabashed confidence, and it’s easy to see why.

Check out the full interview to see Queen Key tease an upcoming collaboration with G Herbo, her upcoming project EMP Again, and her next moves for moving music forward.