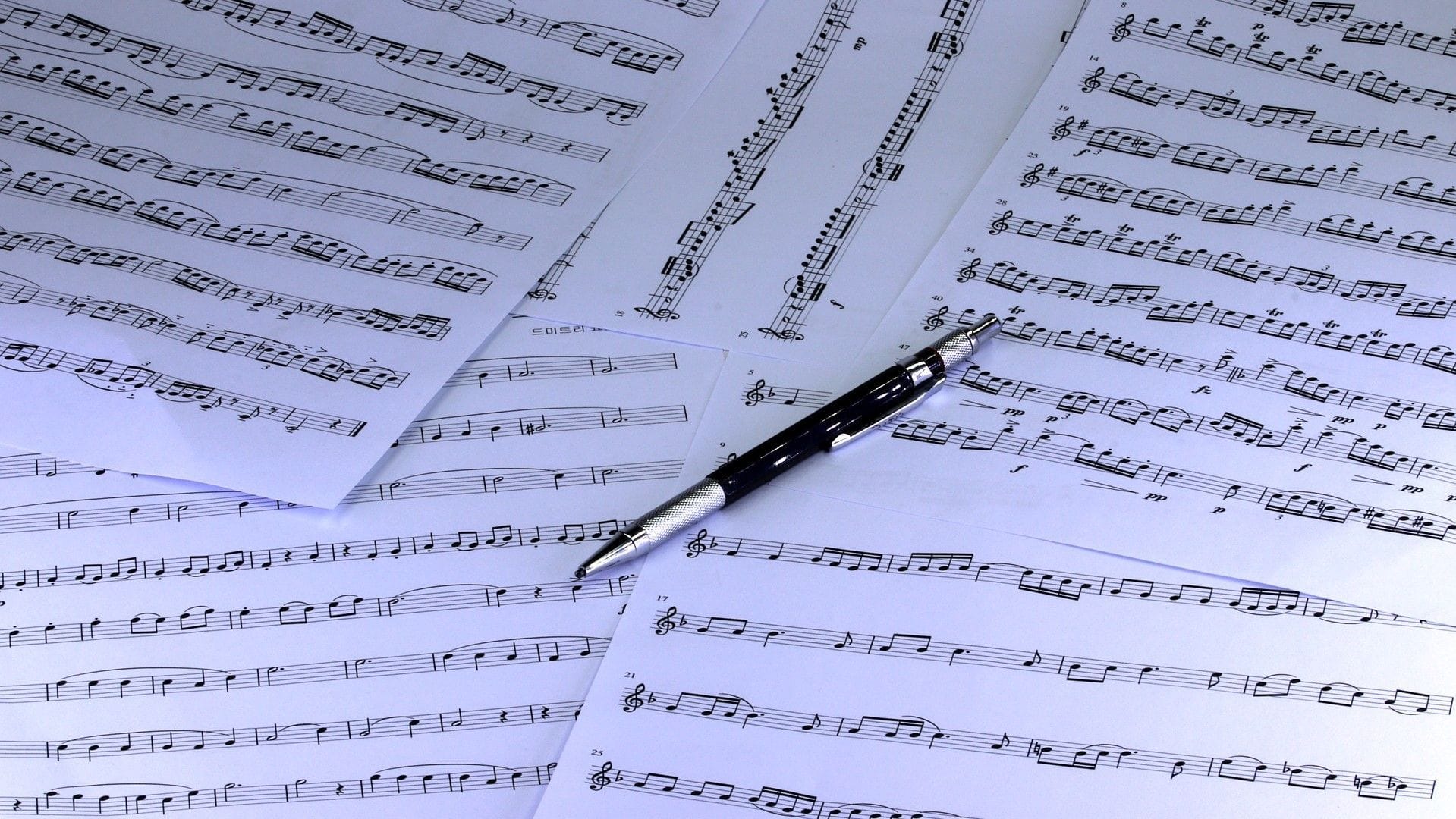 The music publishing business is booming, and with it comes new opportunities for songwriters. Whether signing to a major publisher, an indie publisher, or even simply hiring a publishing administrator, it’s important to have a basic understanding of how music publishing deals work.

Music publishing is complicated. Because songwriters would prefer to spend their time writing, they will often do a music publishing deal and give up their ownership in return for the revenue a publisher can generate on their behalf. Publishers help with the creation and marketing of a songwriter’s work, just as record companies do with a performer’s sound recordings. But while the underlying concepts and definitions are similar in both businesses, there are key differences in the ways deals are structured.

Note: This article is not meant to get into all the details but rather to discuss the big picture. If you’re ever presented with one of these contracts, always hire an experienced entertainment lawyer to look it over and make sure you understand the implications of what you are being asked to sign.

To get started, let’s define some basic concepts:

Generally, when a creator transfers or assigns their copyrights, the recipient will own them for the duration of copyright. However, sound recordings are usually considered “works made for hire,” meaning that the performing artist gives up their rights entirely as if the record company were the original author and not the performer.

This scenario creates an important ownership difference between music publishing and recorded music in the US. Here, copyright law outlines a procedure by which authors may reclaim their copyrights after 35 years, but this process, known as “termination of transfer,” does not apply to “works made for hire.”

This means that in the music publishing business, the songwriter will get a chance to reclaim their ownership after 35 years. Unfortunately, performing artists are not so lucky: labels continue to insist that work-for-hire language in their contracts means that performers don’t have any reversion rights. And because this provision only took effect with the 1976 revision to copyright law, there has yet to be a court decision that definitively explains how to handle the reversion of sound recordings. (The process is still relatively new, as the 35-year period only began in 2013.)

In the music publishing business, the complicated nature of licensing, collecting, and paying out royalties means that the administration of copyrights is an important function. Administration is separate from the creative and marketing services a publisher might provide. It includes the nitty-gritty work of registering songs; receiving licensing requests; negotiating and drafting contracts; collecting and paying out royalties; obtaining approvals; clearing works with rights societies; and defending against infringing uses.

Taking ownership and finding ways to exploit a songwriter’s copyrights is a vital revenue stream for a music publisher, but they can create value simply by providing efficient administration services.

A standard deal, also known as an exclusive songwriting agreement, allows for a music publisher and songwriter to enter into a long-term relationship in situations where the songwriter doesn’t have a record deal (which we will discuss below).

In these deals, the music publisher acquires 100% ownership of the songwriter’s material, and the songwriter must deliver a minimum number of songs during the term. All songs written during the term are covered, but the language grants the publisher rights to full songs, even when songwriters in today’s market may only write a portion of one.

Let’s do the math. If a songwriter co-writes a song and agrees to a 50/50 split, that only represents delivery to their music publisher of half of one full song. Thus, in a deal where a songwriter must deliver “100% of 10 songs,” the writer would have to co-write 20 songs to fulfill their deal (20 songs x 50% ownership per song = 10 songs). As a result of this fragmented writing process, these deals typically contain language that allows the term to be extended until delivery takes place, leading to songwriters increasingly under contract for more extended periods as they attempt to fulfill their delivery requirements.

The songwriting process is inherently less expensive than the recording process, and music publishers don’t fund massive marketing campaigns like record companies do. This makes the music publishing business less risky, and the 50/50 revenue split of music publishing deals is much more artist-friendly than many record contracts.

These deals are typically used when the songwriter has more clout and/or the music publisher has a better sense of the songwriter’s commercial viability, such as when they are a member of a band signed to a record deal or have already established a track record. Unlike a traditional deal wherein the publisher acquires 100% of the ownership and splits the revenue on a 50/50 basis, co-publishing deals offer shared ownership and better financial terms for the songwriter.

As for the length of the deal, many co-publishing deals are “coterminous” with the songwriter’s record deal. Instead of the deal ending after a certain number of songs have been delivered, it continues as long as the songwriter continues to deliver albums to a record company. The publisher, in these cases, often gets an option involving hearing the songs slated for the upcoming record and makes its decision to continue based on that.

Advances in these deals are more common than in others, as publishers expect to generate revenue right away due to mechanical royalties generated by the songwriter’s record deal.

Aside from standard and co-publishing deals, a third music publishing deal allows a songwriter with enough clout to choose to work with a publisher without giving up any ownership. The publisher handles the administration but doesn’t offer any creative or marketing services. Because songwriters in this scenario are already well-established, they don’t need that support; they just need somebody to handle the administration.

Given the complexity of administration, many music publishers will offer it as a stand-alone service. Instead of the usual splits, they are willing to take less, in the neighborhood of 10%-25%. As a result, some indie music publishers that own copyrights but don’t have a staff to administer them will do these deals. And given the proliferation of self-releasing artists who may also be self-published songwriters, many aggregators are providing publishing administration services too.

One of the reasons music publishing is complicated is that each country has its own copyright laws and collection societies. Whether a self-published, self-administered songwriter or a major music publisher, attempting to collect royalties for uses outside your home country is extremely difficult.

To navigate this landscape effectively, it’s helpful to have a sub-publisher who has developed strong local relationships and knows how to collect in their territory. These companies are publishers themselves and offer sub-publishing services to companies outside their country. To understand this, think of a sub-publishing relationship as an administration deal: the sub-publisher collects in a single territory or country, takes their share of the revenue, and passes the rest back to the publisher, just as an administrator would.

Should a songwriter have a music publishing deal, their publisher is involved in pitching their songs for use in film, TV, advertising, or video games. However, many music supervisors and music placement firms use a music placement deal in situations where self-published, self-administered songwriters hire them to pitch their music.

Music placement deals do several things. First, they act like a standard music publishing deal for the song getting placed, with the publisher’s share given to the placement agency as compensation for securing the placement. Second, they include language whereby the songwriter grants approval of a synch license in connection with the placed song, essentially pre-clearing it. (Synch licenses are one of the four major music publishing revenue streams and are required for clearance in these situations.) Third, because many self-published, self-administered songwriters typically own their sound recordings as well, these deals may also include language whereby the songwriter also approves a master use license in connection with the placement.

These deals are meant to be convenient for placement companies and their clients. Synch licensing must happen quickly because of the production’s schedule, so the language in these deals is designed for pre-clearance. However, this can be risky for the songwriter if they don’t understand the implications of what they signed.

Since they act like standard music publishing deals, the songwriter can give ownership of their song to the placement company. And because such assignments are for the duration of copyright, that can mean the songwriter gives the placement company all the income from any future use of the song, not just the income from the current placement. As in all cases, it’s important to have an attorney look over these deals.