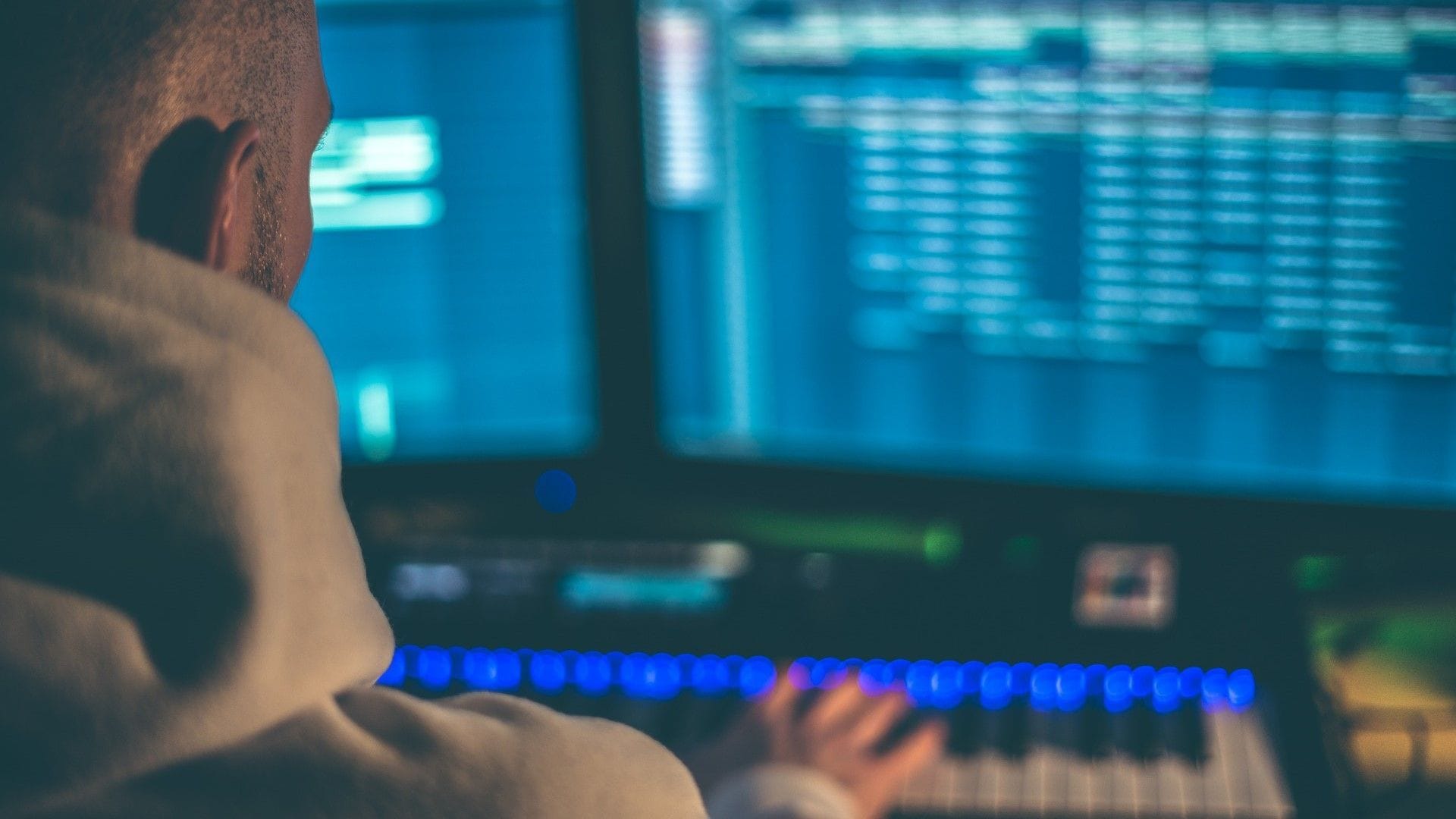 Note: In the first part of this series, we looked at rules performing artists should follow when planning their release to better protect themselves from common issues. In the second part, we look at what songwriters, beatmakers, and producers should do when part of one. While I’m identifying the most significant issues you should be alert to, I’m not an attorney, so there may be additional questions or issues specific to you and your involvement on a record that need to be addressed.

Today’s songwriting and production process is highly fragmented. Music is emailed back and forth; collaborators add their pieces separately. Beats are purchased retail and performers add lyrics on top. Songwriting, recording, and production happen simultaneously. And if that weren’t enough, no record is ever truly finished: even after release, it might be edited to incorporate a feature or remixed for a different market or format.

Creators with overlapping responsibilities and differing expectations make it increasingly difficult to keep track of who did what. Because collaboration affects everyone’s rights and compensation, understanding how creative choices affect you and your rights is essential to protecting yourself. Whether you’re a songwriter, beatmaker, or producer, here’s how to ensure your business goes smoothly, allowing you to control your rights and ensure you get paid.

If you write on your own, readying a song for release simply means delivering it to your publisher (if you have one) and registering it with your PRO and the MLC. However, if you co-write, it’s crucial to confirm the song’s ownership percentages or splits. Not doing so prevents the song from being registered properly, potentially delaying any royalties that might be due. It also increases the risk another writer demands a bigger share, forcing you to give up a piece of the ownership you truly deserve.

Once the writing is final and the splits are confirmed, it’s time for the business. Currently, there are three registrations songwriters need to complete (or confirm who among your collaborators will do so).

First, you should register your song’s copyright. The process isn’t complicated, but you need complete and correct information to receive the full benefit of copyright law.

Second, you should register your song with your PRO to ensure that you receive any public performance royalties generated.

Third (as of January 1, 2021), you need to register with the Mechanical Licensing Collective, or MLC, as they now collect mechanicals generated by download and streaming exploitations.

Use a publishing administrator

Having a publishing deal may eliminate some of these steps from your to-do list, but if you don’t have one, you should hire a publishing administrator. Yes, you can probably complete all the registrations and track the income yourself, but even if you do, most collection societies don’t work with self-published, self-administered songwriters. It’s easy to collect the writer’s share of music publishing royalties on your own, but without a music publisher or publishing administrator, it’ll be difficult to collect the publisher’s share of some royalties, and impossible to collect your mechanicals.

The combination of a fragmented creative process, demand for premade beats, and the availability of a retail marketplace have created an industry role combining songwriting with producing. Unfortunately, copyright law and industry practice are slow to change, so beatmakers must be extra careful to be recognized for and protect their work.

Don’t give up your splits

While a beat may not be a complete song, it may contain all of the underlying music for one. Having a songwriting role entitles beatmakers to receive a proportional share of the ownership in the final composition, as much as 50% in a situation where the beatmaker writes all the music and the performing artist writes all the lyrics. Leasing a beat neither guarantees nor precludes this, so confirm the splits whenever an artist selects your music.

Confirm the scope of work

A beatmaker’s songwriting contributions may be clear, but his or her producing contributions may not be. Traditionally, a producer is hired to oversee the entire production process, but with beatmakers collaborating on more and more tracks, roles are increasingly ambiguous. This leads to questions about credit, compensation, and even master ownership. Such questions can easily be answered when all the parties fully understand and discuss their roles openly, so be sure to have a conversation about what you contributed.

If a producer is also a songwriter (and/or a beatmaker), he or she must contend with the issues raised above. However, producers (and some beatmakers) must also be alert to additional issues because of their involvement in helping to create the sound recording.

Who owns the master?

If you produced a record you need to carefully consider its release, even if you’re not doing so yourself. Traditionally, a record label owned the master a producer helped create, but as recording agreements get more artist-friendly, and as artists increasingly use premade beats as the basis of their records, the question of who owns the sound recording will get increasingly murky.

To lease or not to lease

Part of that murkiness results from the practice of beatmakers “leasing” their work. Beatmakers often refuse to grant others exclusivity, limiting their leases to shorter periods of time or a certain number of streams or downloads. Performing artists, often unable to pay extra for exclusivity, accept these terms when they download the beat.

Non-exclusive beats may be great for the beatmaker, allowing them to resell a single beat multiple times, but not so for the performer should a different record using the same beat become a hit when theirs doesn’t. This can cause headaches for both if a content ID system misidentifies a non-exclusive beat as an unauthorized sample and flags it with a takedown notice. It can also cause trouble should a label wish to distribute the record later and not want to accept terms they find limiting. Furthermore, beat lease agreements can be poorly drafted, so be sure to read and understand the fine print, communicate with fellow creators about the terms, and never be afraid to ask an attorney to review the deal.

Who’s release is it?

It’s a pretty safe bet that whoever has their name on the artwork and is paying for the recording, distribution, and marketing will expect to own the sound recording. That’s not unreasonable: they’re taking the risk. But because beat marketplaces allow unknown or developing artists to work with much more established producers and beatmakers, additional issues can arise.

The first concerns joint ownership. The beat marketplace often feels like a lottery, with well-known producers and/or beatmakers wondering whether to give up a potential hit to a lesser-known artist. If they do, should they be able to balance that risk through the increased compensation that comes with joint ownership?

The second issue surrounds recording costs. Traditionally, a record label would pay all the costs incurred to create a track. However, it’s not uncommon for a producer and/or beatmaker to incur their own costs now, even before an artist or label gets involved. If not accounted for in the retail price of a beat, this prompts a reasonable question: why would a producer or beatmaker pass up the chance to be reimbursed? Should the performing artist wish to own the sound recording, it makes sense for him or her to absorb all the costs of creating it.

These are all important questions that need to be resolved on a case-by-case basis. If you build your costs into the price of the beat, that’s great. If you accept the risks that come from collaborating this way, that’s fine too. If not, discuss the situation and come up with a solution that is fair to all.

At this point, there needs to be a contract. In addition to the question of master ownership and recording costs reimbursement, the producer should also discuss his or her compensation (whether a revenue split, a flat fee, or a traditional advance versus royalties deal). Discuss the payment schedule (typically 50% upfront and 50% on Delivery) as well as what must be turned in to the artist for a track to be considered “big ‘D’ delivered.” Lastly, confirm what the producer credit will be, whether there are any reductions in compensation should another producer or mixer get involved, and ensure the performing artist’s controlled composition language (if any) will not apply. As with all contracts, hire an experienced entertainment attorney to negotiate and draft terms on your behalf.

Depending on the circumstances, the producer deal may not be the only paperwork necessary. The performing artist must also prepare Letters of Direction to third parties that instruct them to pay the producer directly or on behalf of the artist. One such LOD is sent to SoundExchange so that the producer may receive a portion of the royalties generated by digital audio transmissions that are payable to creative participants. The other LOD—only necessary if the artist is signed—is sent to the label directing them to pay the producer out of the artist’s recording budget (and/or royalties, if that’s part of the deal).

With so many tracks being released by DIY artists, and with aggregators providing tools that allow revenue splits to be confirmed and allocated upfront, it’s vital for songwriters, beatmakers, and producers to tackle these issues early. That said, things may take time to resolve, so be patient. Keep notes on your work, and cultivate open (and constant) communication with your collaborators. You might be a collaborator on another’s record, but protect yourself: take the time to take care of business.