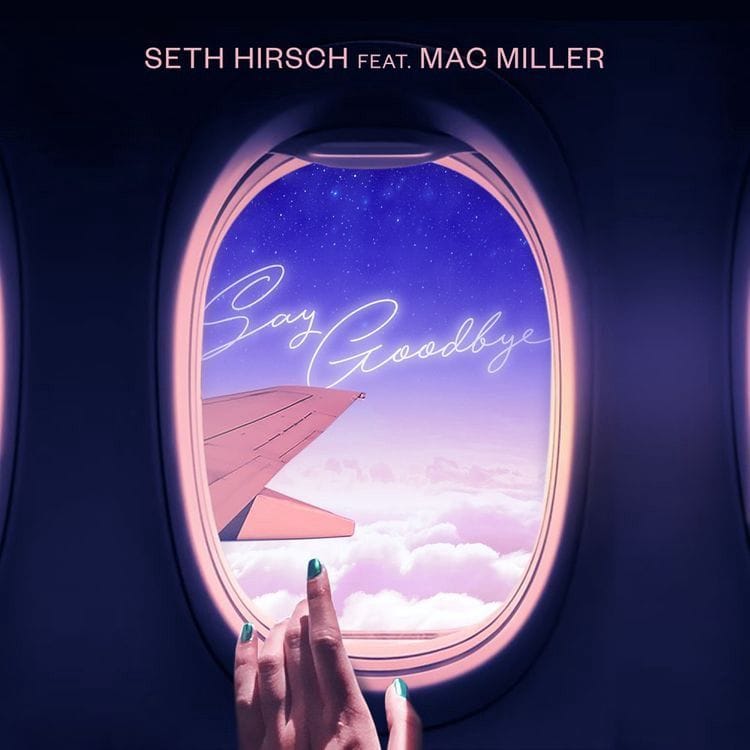 It’s been just over five months since Mac Miller’s tragic passing sent shockwaves through the hip-hop community and the wider music world. Today, we celebrate Mac with the release of “Say Goodbye,” a new single from rising Cincinnati rapper Seth Hirsch that features the late Pittsburgh talent and production from Virginia’s Nottz.

Officially set for release tomorrow, February 14, you can stream “Say Goodbye” via an exclusive Audiomack.World premiere.

The song, propelled by a sinewy bass line, is a striking blend of melodic singsong raps and shimmering boom bap. “Mac first reached out back in 2014 about wanting to work together on some tracks,” Nottz tells us about how the track first came together. “‘Walkin’ Home’ was our first song released later that year, and then I ended up producing ‘Pet Sounds’ in 2015, featuring the late Sean Price. And then in late ’17, Mac’s tour stopped at The NorVa in Norfolk, VA and he asked me to come pick him up after the show. We got to my studio and quickly got to work. One of the tracks we ended up working on went onto become ‘Say Goodbye’ featuring this up-and-coming artist Seth Hirsch. I’ll always remember that night working with Mac.”

“The song’s about toxic relationships,” Hirsch says, “and dealing with someone whose shitty towards [you], sucks up all your energy, and keeps taking advantage of your time and emotions. But after Mac passed away, I realized this song was about a lot more than that. It’s really about struggling to say goodbye to our personal demons and the chains they put on us. That night we got the news about Mac, Nottz and I were in the studio just listening to his verse a cappella and it gave me chills. This song is such a window into Mac Miller’s soul and what he was going through.”

“Say Goodbye” was originally set to be included on Hirsch’s debut album coming later this year. In response to the Mac Miller’s untimely passing, however, the Ohio artist decided to release it in honor of Mac’s Pittsburgh hometown, as well as the tragedy that occurred at the city’s Tree of Life synagogue last October. (Proceeds from the single merch will be used to help aid the synagogue shooting victims.)

On Mac Miller’s enduring legacy, Hirsch says, “Mac’s music and personal life were always intertwined and on display for the whole world to see. It just felt like we all got to grow up with him and watch his art evolve. He was a pioneer for a lot of us young artists to showcase our journeys and just have fun with it, and he made it feel like we could also make it happen. I know Mac Miller’s musical legacy will live on forever and he solidified his place as legend.”

“Every time I worked with him it was an honor,” Nottz adds. “He’s a musical genius that had so much to give to the world.”