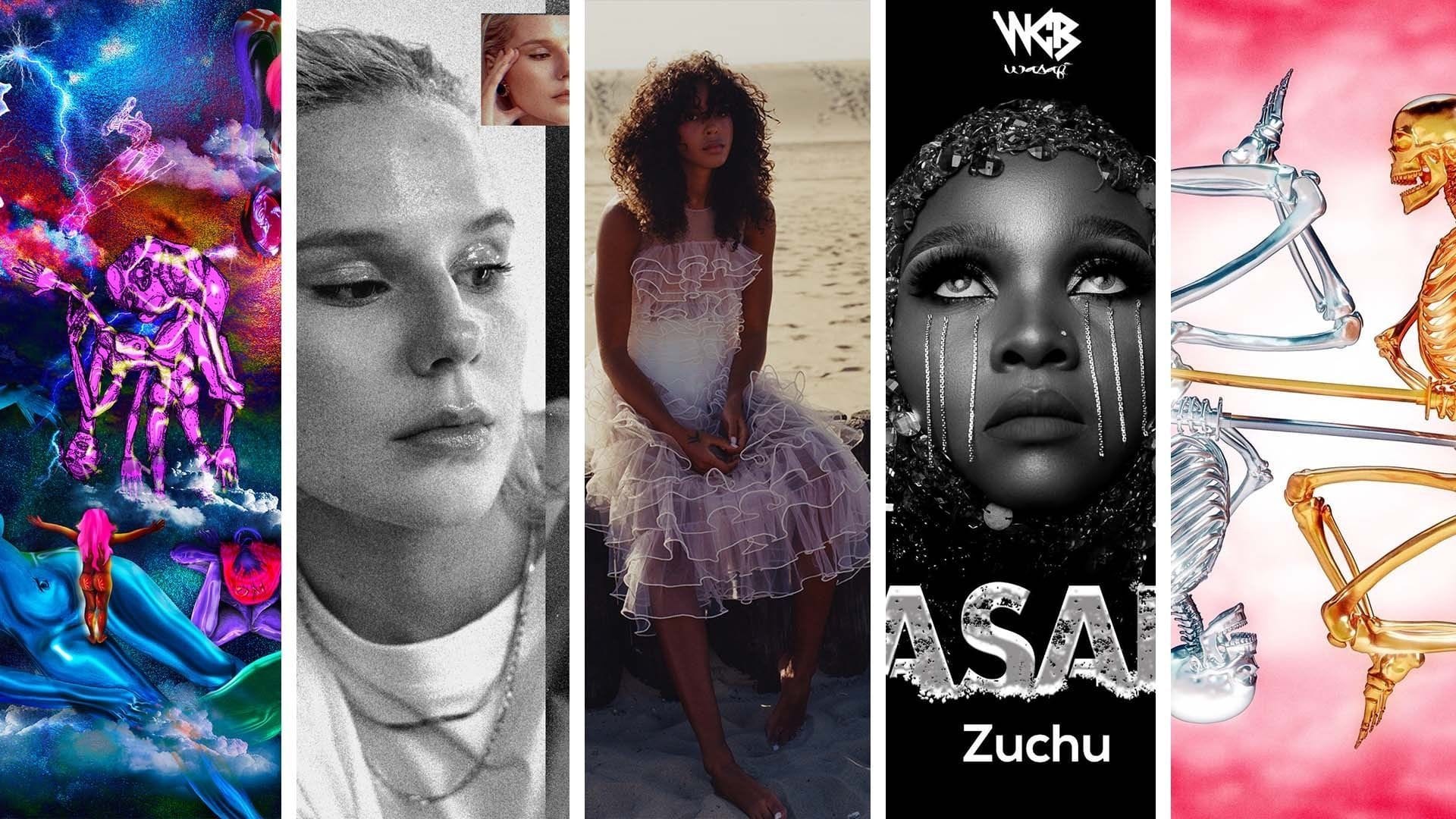 Amaarae’s new album, THE ANGEL YOU DON’T KNOW, marries the essence of alté with the spirit of highlife, drawing on neo-soul and R&B traditions to engender sui generis pop. “CÉLINE” finds the Accra native at her intoxicating best, raising her angelic inflection to rapturous new altitudes over an Afro hang suite backdrop.

21-year-old singer-songwriter Roman Rouge released his debut EP Blood on the Scene in November, featuring the stirring soul lament “I Cry.” The Texan conjures Elton John and The Weeknd with his impassioned pop balladry, wrestling with breakup sorrow in silvery tones that rise to a crescendo with a decisive chorus.

ELIO continued her prodigious run of infallible pop efforts in 2020 with her latest single, “hurts 2 hate somebody.” Flipping heartache into whimsical bedroom pop, the Toronto native floats into a predictably sparkling chorus, once again demonstrating a precious gift for melody. A lofty follow-up to her terrific debut EP, u and me, but mostly me.

Zuchu followed up her indelible Bongo collaboration with Joeboy, “Nobody,” with the heady “Hasara” in November. The Tanzanian songstress laments a breakup over a stripped-down production that empowers her vocal to reach a haunting apex with its stirring chorus.

19-year-old Abigail Barlow evokes the spirit of the Brill Building with her new single “I’m Only Me (When I’m Not Sober).” A sophisticated nod to ‘60s girl groups and adolescent anxiety—complete with sweeping rhythm and string sections—Barlow’s rich vocal fashions a vintage pop performance from her alcohol ambivalence. Teen idol pop for the 2020s.

Portland duo Stereo RV’s latest release, “This Place,” is a touching pop chorale from the husband and wife combination. Resting on a minimal percussive soul arrangement, lead singer Myra Gleason’s dynamic vocal guides the dramatic ode to a loving relationship into a hymnal refrain that culminates in a rousing, reverb crest.

Caye finds solace in prolonged confinement with his serene new single “202Ø.” The Boston-born, LA-based singer-songwriter fashions Pacific pop from the uncertainty of 2020, turning the triviality of his daily routine into an ultra-smooth, forward-looking effort, guaranteed to assuage lockdown woes.

Sydney-based singer-songwriter BOI’s latest release is a pulsating slice of electropop from Down Under. Bidding “So Long” to a former love who has taken her for granted, rolling drums accompany BOI’s disavowal, leading into a vocalised hook that resonates with renunciation.