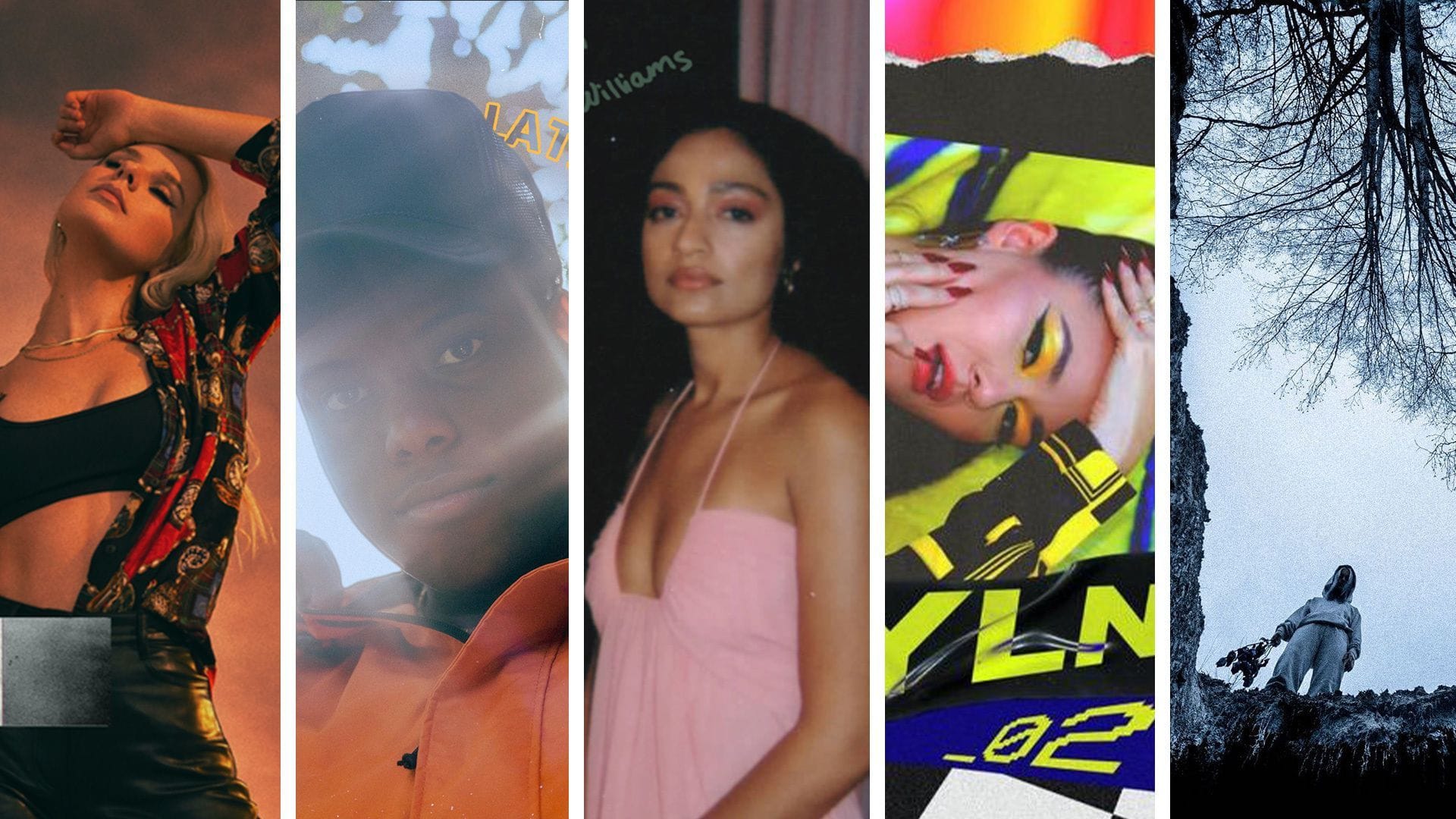 Wales-born singer-songwriter ELIO followed up 2020’s best pop debut with 2021’s standout effort so far, Can You Hear Me Now?, in January, highlighted by the shimmering electropop marvel, “When U Saw Love.” Casting velvet melodies over a thumping synth arrangement, ELIO appeals for a sure sign from a love interest, furthering her rarefied run of exceptional pop smashes.

Sanni erupted into the new year with the zestful ode to infatuation “Lately.” Flexing his rich vocal over a xylophone arrangement, the Houston native’s silvery inflection quivers into a falsetto on the bridge before exploding into a rollicking chorus.

Dana William’s latest release, “You Win,” is a winsome slice of folk-pop with a delicately bewitching refrain. Over a serene fingerpicking music-en-scène, the Los Angeles-based singer-songwriter rues the ups and downs of a seemingly unfixable relationship, caressing the strings with a tender vocal.

DYLN left it to the conclusion of her new EP, DYLN_02, to ramp up the poptimism with the soaring self-esteem anthem “Box.” A purposeful power pop standard, the LA native’s confidence-affirming lyrics build into a reverberating, stadium-fit chorus that channels the booming optimism of Katy Perry’s “Roar.”

Charlotte Martinez hops on the disco resurgence for her latest release, “Donuts.” A pulsating funk bassline steers the roller-rink throwback as the Lakeland, Florida native indulges in sweet, pop confection to urge a love interest to stop going around in circles and show her some attention.

Canadian YouTube reactioner-turned-singer Lael Hansen turns loneliness into wispy pop beatitude for her new single “im all alone.” A haunting appeal for understanding, the 23-year-old pins her solitude to a stripped-down acoustic backdrop, assuring revenge on those who have wronged her.

Violet Skies — “This Could Be Love (Mahogany Sessions)”

“This Could Be Love” was one of two stirring unplugged tracks unveiled on Violet Skies’ Lonely Mahogany Sessions. Originally released on her 2020 EP Lonely, the unadorned, piano rendition amplifies the song’s conflicted sentiment, as the singer-songwriter from Chepstow, Wales questions the longevity of a relationship with a thrilling vocal performance.

Irkenc Hyka pleads for forgiveness from a former love on his wistful new single “Me Fal.” Over a melancholic dembow backdrop, the Albanian songster lilts his heartache, questioning his pride and motivations in a satiny take on contemporary Latin pop from Tirana.